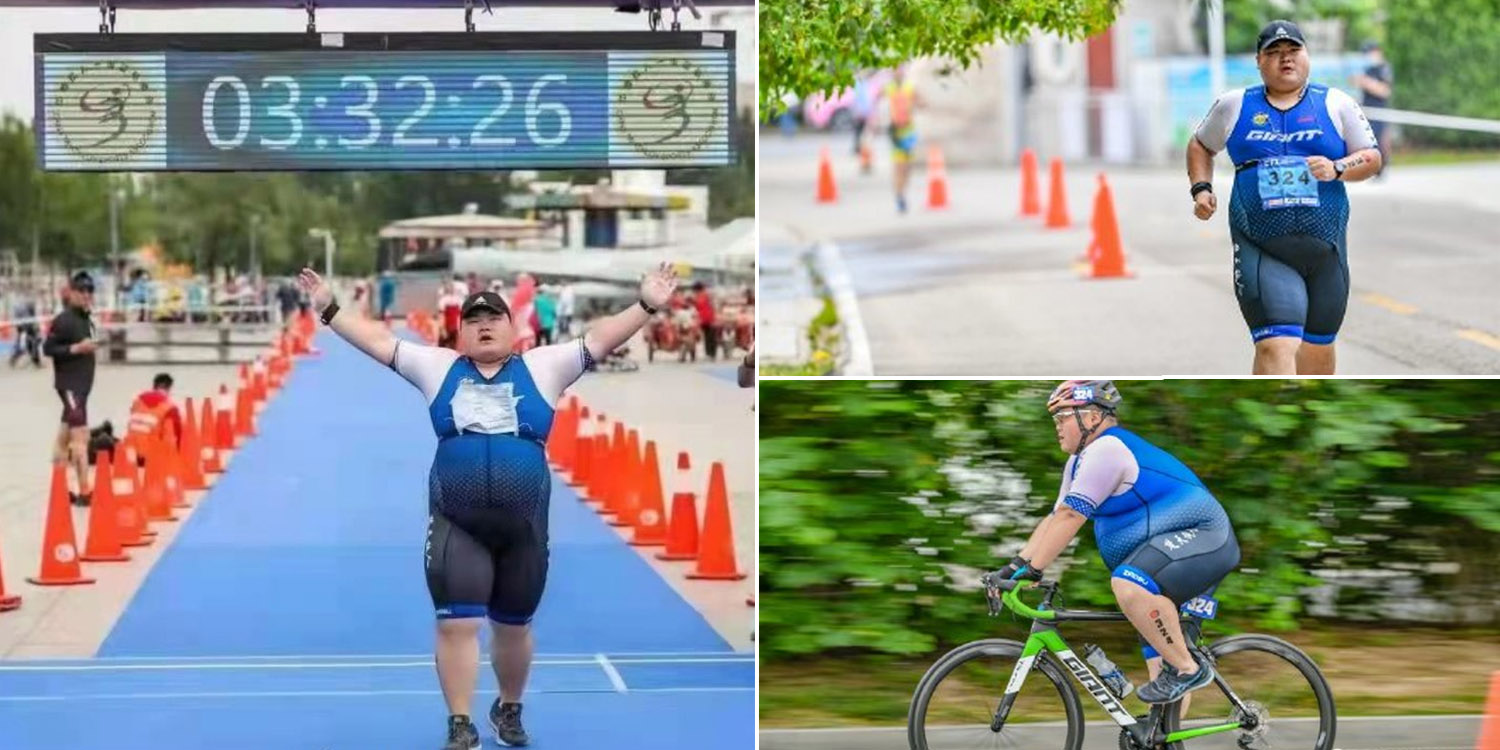 Preparing for marathons and sports competitions can be quite a challenge, but a man in Wuhan has proved that determination can go a long way in overcoming these obstacles.

On 23 May, Mr Guan went viral for completing a triathlon event within 3.5 hours despite weighing 125kg. 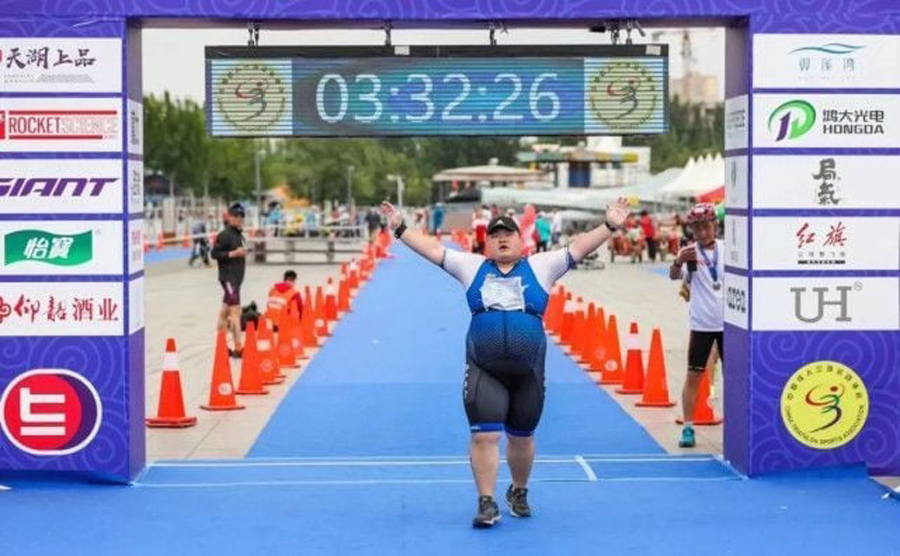 During the event, he apparently swam 1.5km, cycled 40km, and ran 10km — he ranked 14th in the event category that he took part in. 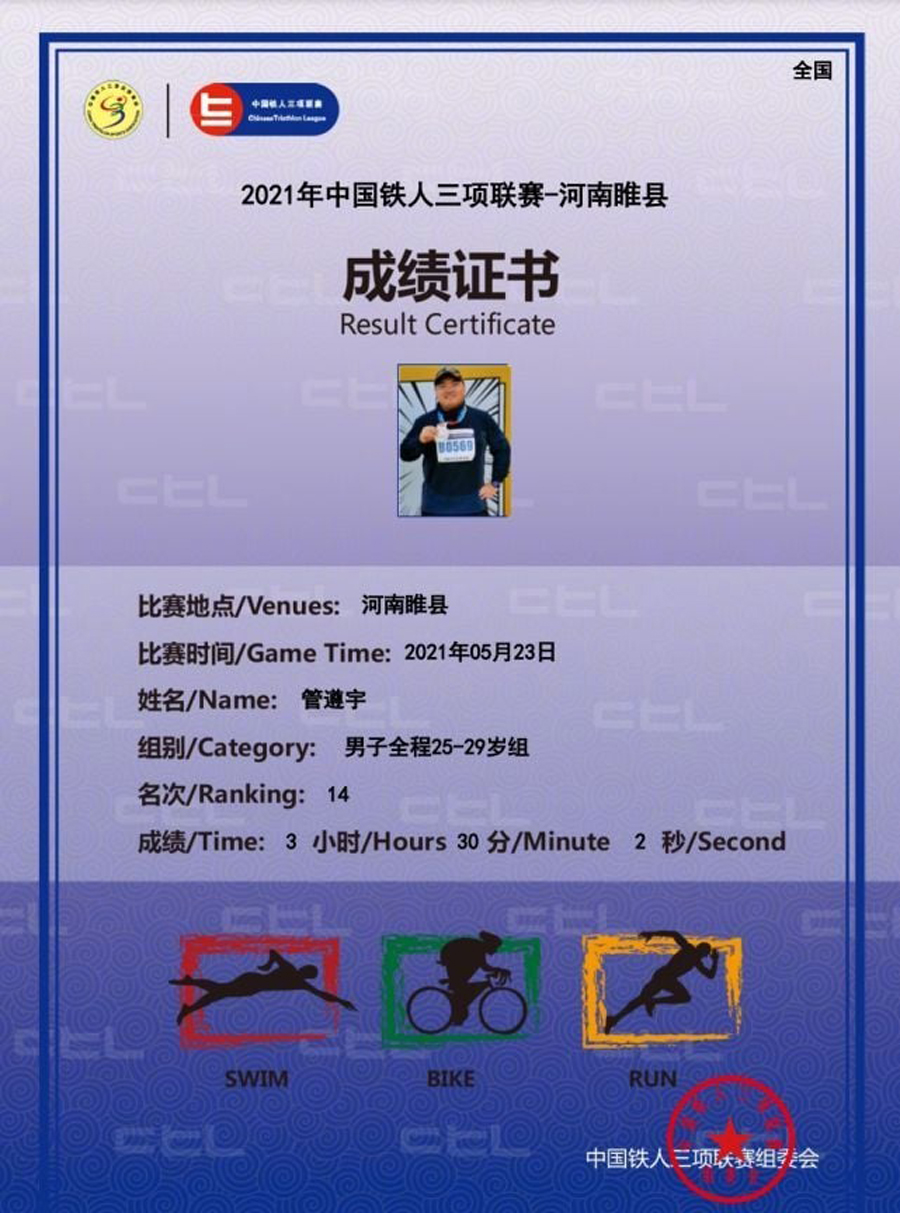 Participating in competitions apparently motivates him to exercise and enjoy sports.

On Sunday (23 May), Mr Guan competed in a triathlon event in Henan and caught the attention of onlookers — his chubby appearance was visibly distinct from the typical sturdy and slender marathoner. Despite his size, Guan is a skilled swimmer, managing to conquer 1.5km within 49 minutes using breaststroke.

The second event involved cycling for 40km. Mr Zunyu maintained his pace for 10km but accidentally collided with another contestant.

The unfortunate setback led to a small malfunction on the front of his bicycle. Although this led to him finishing the latter part of the race at a slower pace, he still managed to complete the segment after 1 hour and 39 minutes. The final event, which was arguably the most challenging, is the 10km run. Mr Guan, who was determined to cross the last hurdle, eventually crossed the finish line within the stipulated timing. 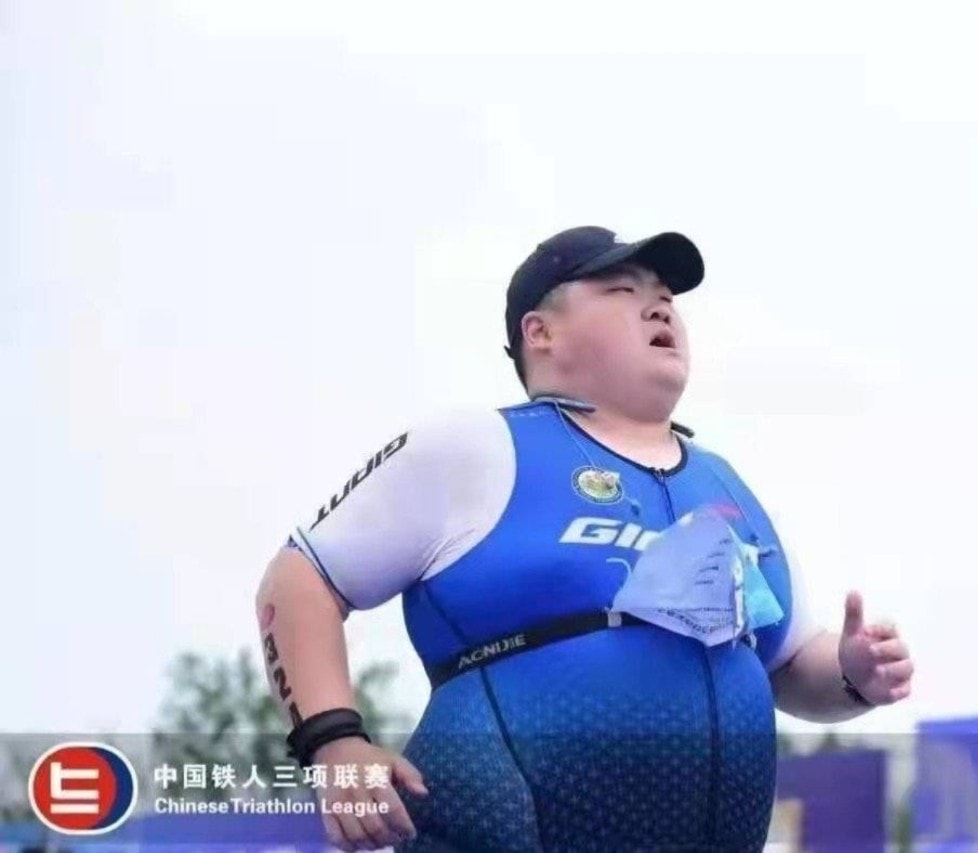 Other competitors and onlookers cheered him on throughout the race and even nicknamed him ‘lightning ball’ due to his speed.

Spent more than a month training for Wuhan triathlon

His success may look deceptively easy, but Guan had trained hard prior to the event.

After finalizing his registration in April, he more than a month training — swimming, cycling, and running for 3 hours every day, reports Sina News. 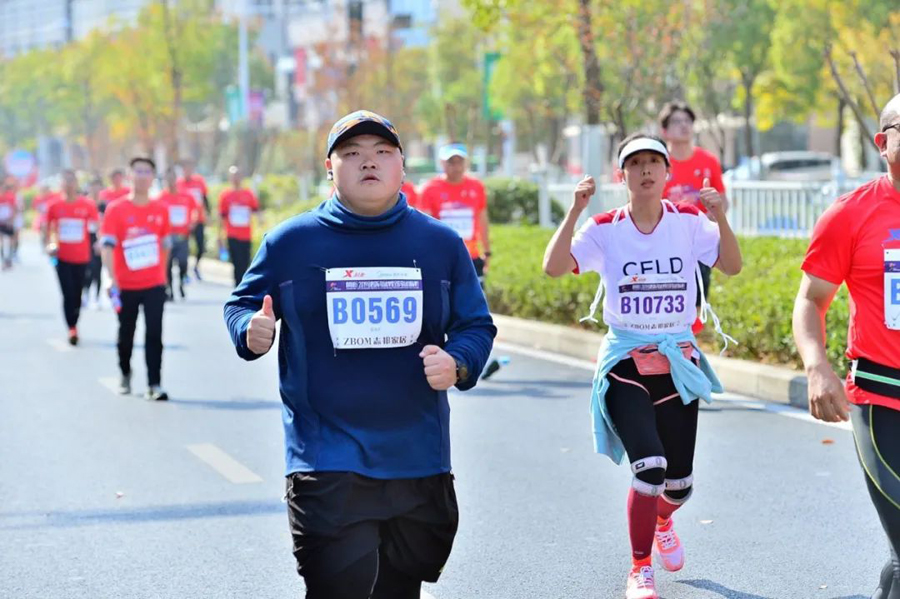 In the afternoon, Guan would cycle 10km to the swimming pool, where he would swim 1.6km. He then cycles the same distance back on his bike.

At night, Guan would routinely run between 5-10km

Ever since he was a child, Mr Guan has been on the heavier side of the scale.

At one point, he even weighed an astounding 155kg, reports Chinese website Sohu.

In 2019, he started joining marathons to lose weight. His first event was reportedly a half marathon in Hefei city. This was followed by a series of competitions such as the Hangzhou Qiandao Lake Half Marathon and a triathlon in Liangzi Lake.

His consistency and determination eventually paid off, as he reportedly shed 30kg within 2 years.

Kudos to Mr Zunyu for his dedication to stay fit and lose weight.

His story proves that achieving any goal is possible as long as one remains consistent and committed.

We wish him good luck in future competitions and marathons and hope he will stay healthy through regular exercise.