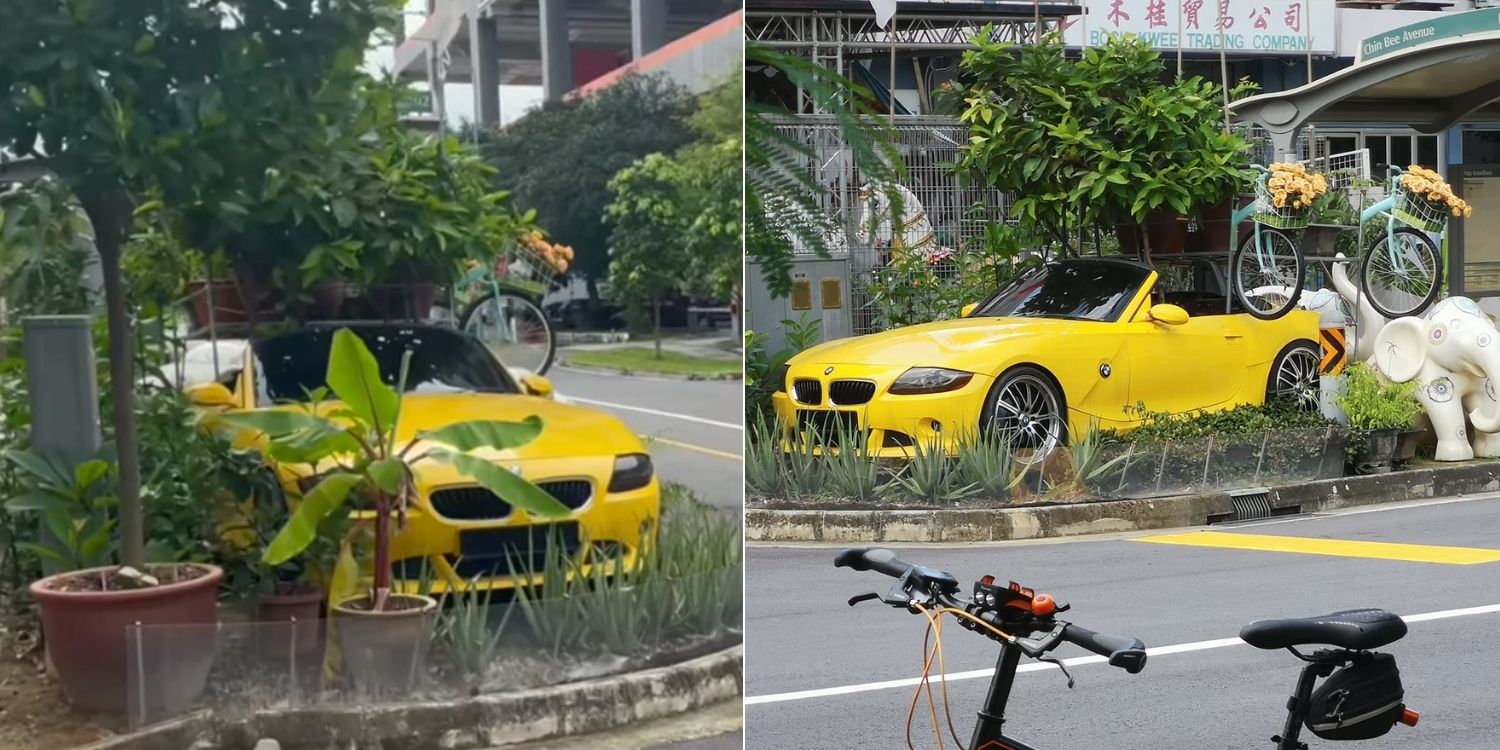 Yellow BMW Is A Mini Garden Along Chin Bee Avenue

Some folks can only dream of owning a BMW in their lifetimes. Driving the luxurious vehicle down the streets of Singapore is surely something automobile lovers would rave over.

Repurposing someone else’s dream car into a glorified plant pot thus sounds rather hard to believe. But that seems to be the reality when a yellow BMW was spotted amidst lush greenery at a bus stop in Jurong. 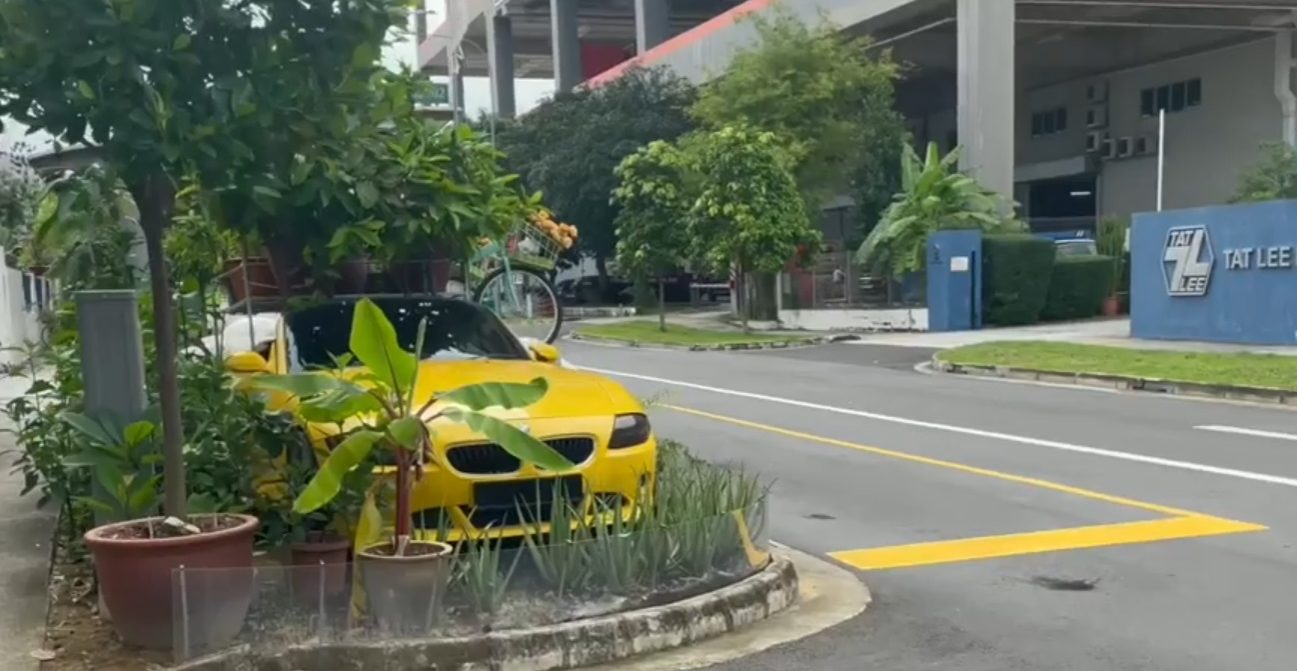 The car was seen parked on a patch of grass near Chin Bee Avenue, with large pots of plants placed in the driver’s seat.

According to a post in the SG Road Vigilante – SGRV Facebook group, the yellow BMW was spotted at a bus stop at Chin Bee Avenue on 5 Sep.

The striking exterior coupled with the lush greenery had the group deeming the bus stop Singapore’s best-decorated bus stop. In the video, the yellow BMW can be seen parked on a grass patch by the roadside.

In the driver’s seat is a massive potted plant with leaves branching out of the car.

Behind it stands an unmissably large structure that looks like a rack with equally huge pots of plants atop it. Extending out one side of the rack are front halves of bicycles with baskets containing orange flowers.

Huge Snoopy used to stand where yellow BMW is

According to Google Maps, the vehicle is sat outside P’art1 Design Pte Ltd. The company specialises in large-scale decorations that you would often see during the festive seasons here in Singapore.

We are unable to confirm whether the yellow BMW belongs to the company at this point in time.

However, they seem to have a penchant for grand gestures. Prior to the yellow BMW’s placement, there was a huge Snoopy figure that welcomed passengers along the bus route, according to Google Maps.

Interesting sights in the West

While the sight of a yellow BMW convertible makes for a striking visual, we hope that it doesn’t flout any regulations.

We’re sure that anyone who passes through the area would appreciate the rather eye-catching decorations.

Perhaps these installations will be the next big thing that invites more visitors to the West.