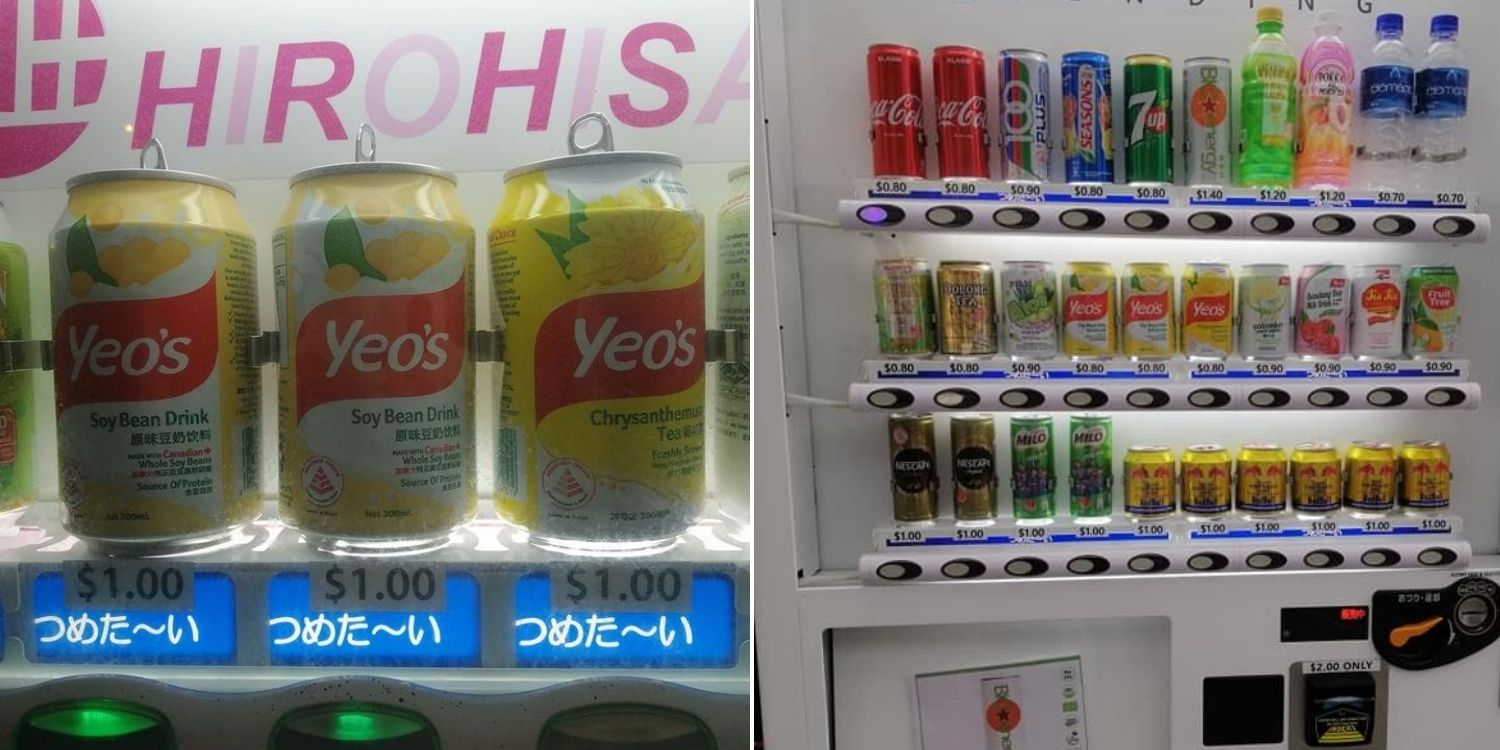 He emailed the company to ask for his $1 back.

There’re many occasions in life where one would wish to turn back time in order to reverse an unsatisfactory decision.

For some, it’s when they buy the wrong product. For others, it’s accidentally buying something only to realise it’s not needed.

For one particular netizen, it was both.

When he got thirsty, he inserted $1 into a vending machine — only for it to produce a can of drink he didn’t want.

He wanted Yeo’s soya bean drink, but accidentally pressed the button for Yeo’s chrysanthemum tea instead. It felt like catfish, only in a drink machine. 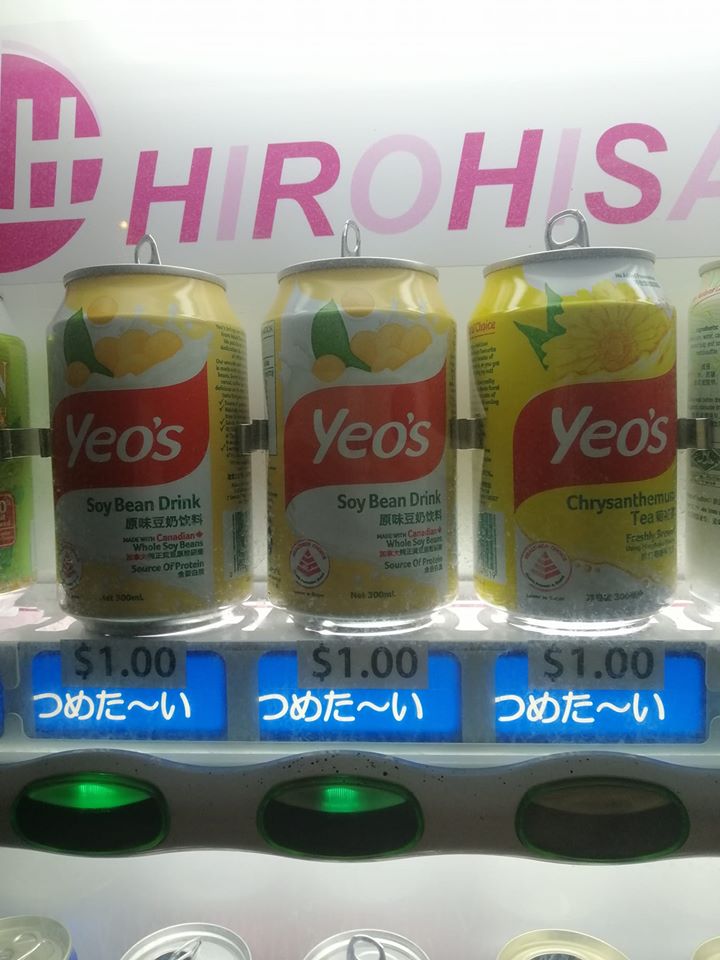 Both canned drinks said to have similar packaging

To the inattentive eye, both canned drinks look like 2 peas in a pod, he apparently felt.

They’re similar in colour, with the same red company logo across the middle.

As he had wasted his hard-earned money needlessly, the netizen decided to take his grievances online, asking why Yeo’s has similar packaging for its soy bean and chrysanthemum tea drinks.

An e-mail to Yeo’s

A netizen suggested he take his inquiries directly to the company through email, so he did.

Asking why both canned drink packagings looked similar, he then requested for a refund of his $1.

He also offered a suggestion — fearing that untoward mistakes like his will happen to other customers, he asked for Yeo’s to change the packaging of the drinks.

He got his refund

On Monday (27 Jul), the netizen allegedly got a reply from Yeo’s via email.

He also got the refund he wanted. 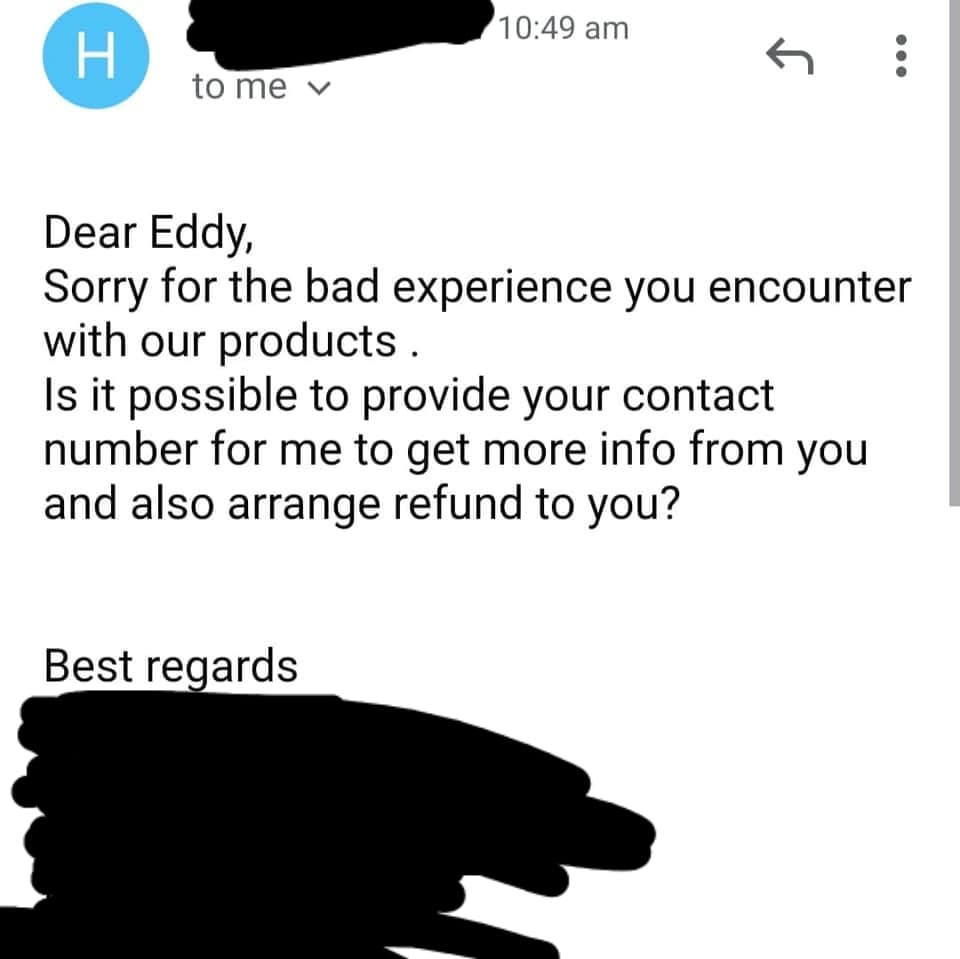 The spokesman also said that the issue has been highlighted to the marketing team, which is looking into it.

These 2 drinks in that vending machine will also be displayed separately to avoid potential confusion. 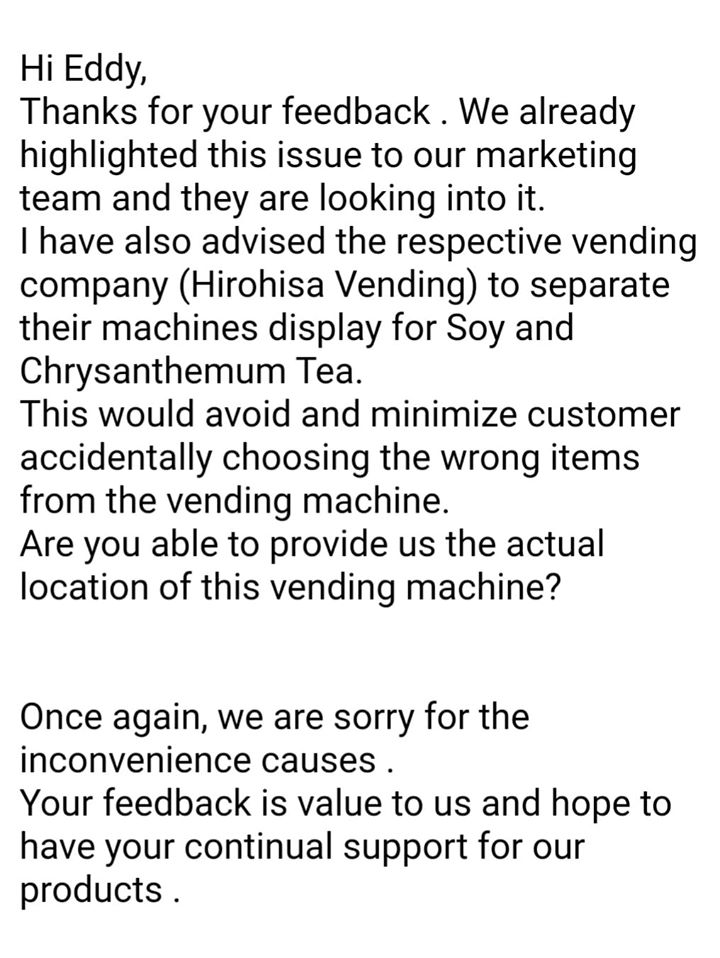 Indeed, all’s well that ends well. We hope the netizen and other vending machine customers will be able to enjoy the correct drink next time without mistaking it for another one.

Know of any other packagings that look too similar? Drop us a comment!