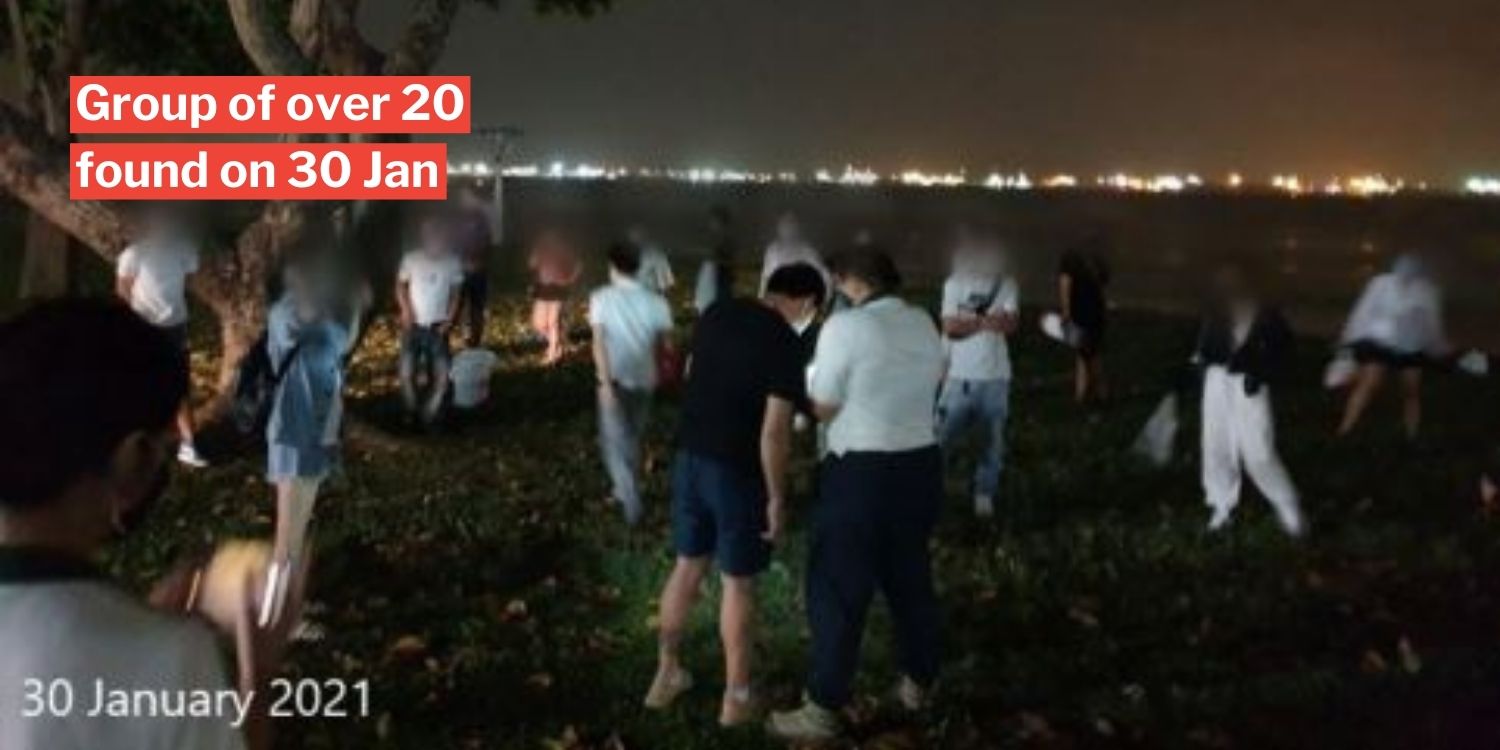 Both groups are being investigated by NParks.

Scores of food and beverage (F&B) outlets have been punished for flouting safe distancing rules since Covid-19 became a thing.

However, the situation in parks and beaches might draw relatively less attention, since most of these outdoor spaces are managed by the National Parks Board (NParks) and free for public use.

But when as many as 20 big groups gathered at our parks and beaches on the weekend of 16-17 Jan, the authorities were prompted to step up checks in public places. Among the breaches committed were gathering in groups of more than 8 and intermingling between groups.

In a media release on Friday (5 Feb), the Ministry for Sustainability and the Environment (MSE) said officers again conducted enhanced checks across the parks and beaches managed by NParks.

This took place last weekend, from 30-31 Jan. Their aim was to see whether visitors were complying with SMMs. 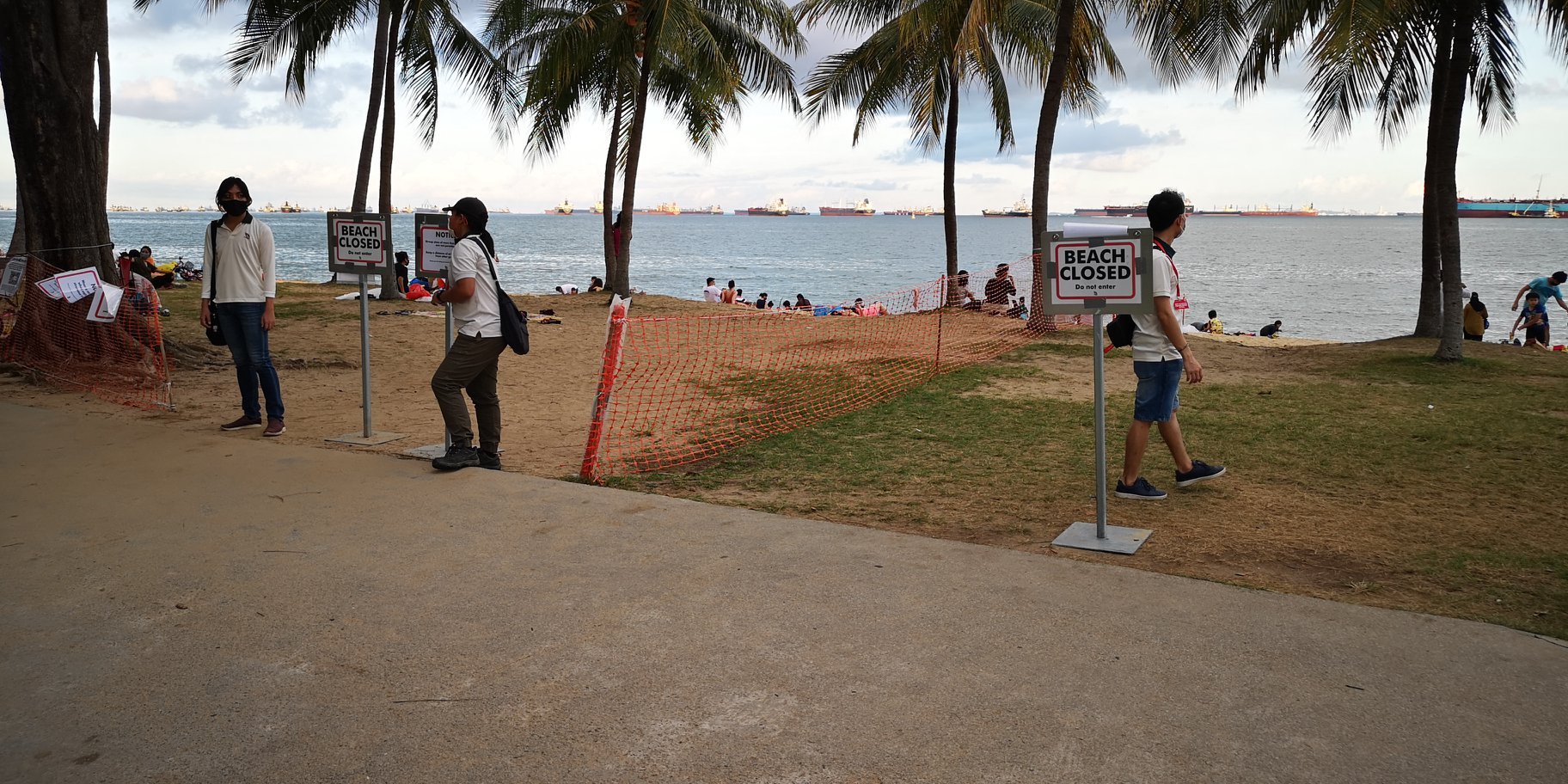 It followed a similar operation the week before, from 23-24 Jan, where 104 people were fined.

Unfortunately, despite MSE saying that there’ll be stepped up enforcement at parks and beaches, it seems 74 people didn’t heed the warning.

They were all fined $300 each for breaching SMMs over the 2 days of last weekend.

Some of the offences included gathering in big groups, and intermingling between groups, putting the community at risk from the spread of Covid-19.

Last weekend’s incidents bring the number of people fined in Jan at parks and beaches to 178.

Groups of over 20 found at 2 parks

2 areas of concern were East Coast Park and Changi Beach Park, both of which are popular with visitors.

The weekend before, 27 people were found flouting SMMs at Changi Beach Park.

On 30 Jan, it happened again – a group of more than 20 people gathered at the same park, said MSE.

That’s obviously more than the limit of 8 allowed under Phase 3 rules.

Over at East Coast Park on the same day, another group of more than 20 was found. 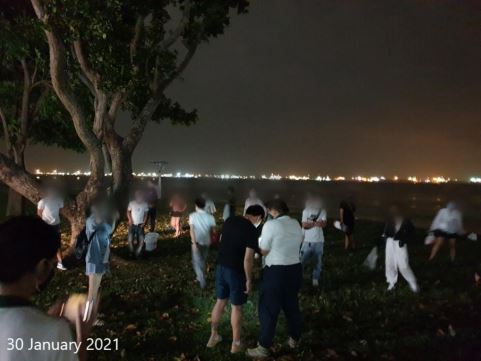 5 parks are areas of concern

East Coast Park and Changi Beach Park were 2 of the places highlighted by Ms Grace Fu, Minister for Sustainability and the Environment, in her Facebook post on 23 Jan.

She had said that 20 big groups were found gathering at 5 places the previous weekend.

The other 3 places were:

She also warned that agencies like NParks will be stepping up enforcement.

While the Government has relaxed the limit on gatherings to 8, it’s a result of our good work in controlling the spread of Covid-19 so far.

The restrictive measures exist for a reason, and if you’re relaxing at parks and beaches, do bear the rules in mind to avoid a $300 fine negating all the ang paos you receive.