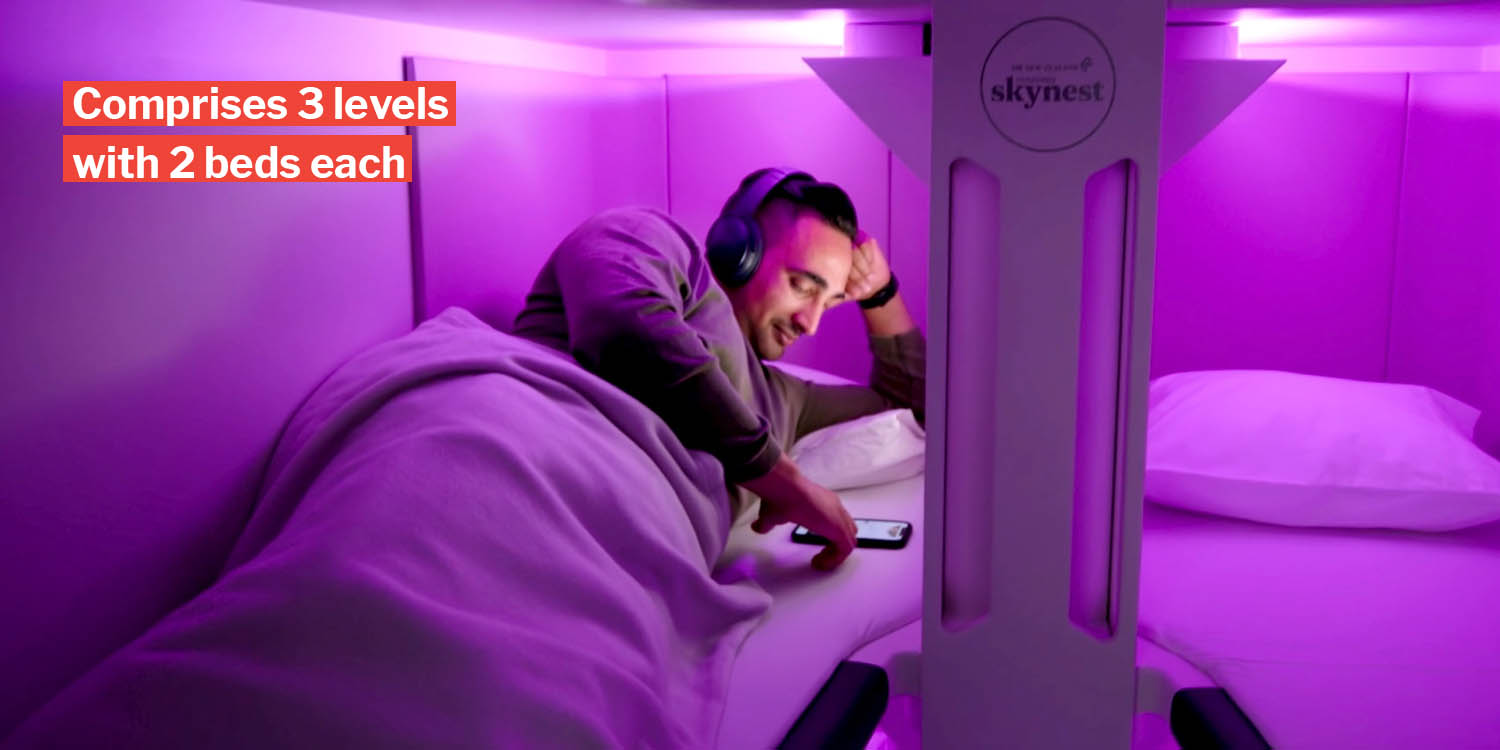 If you’ve been on a long haul economy flight, you’d know how uncomfortable it gets sitting in the same tiny seat for hours on end.

Most of the time, you can’t even stretch your legs without accidentally kicking the seat in front and getting hostile stares from the passenger sitting on it.

Going through that discomfort is all in the name of travel, but with this new feature being announced on Air New Zealand’s economy class, uncomfortable economy flights might just be a thing of the past.

With Air New Zealand’s latest Economy Skynest sleeeping pods, it’s out with the cramped seats, and in with full legroom and fully flat beds. 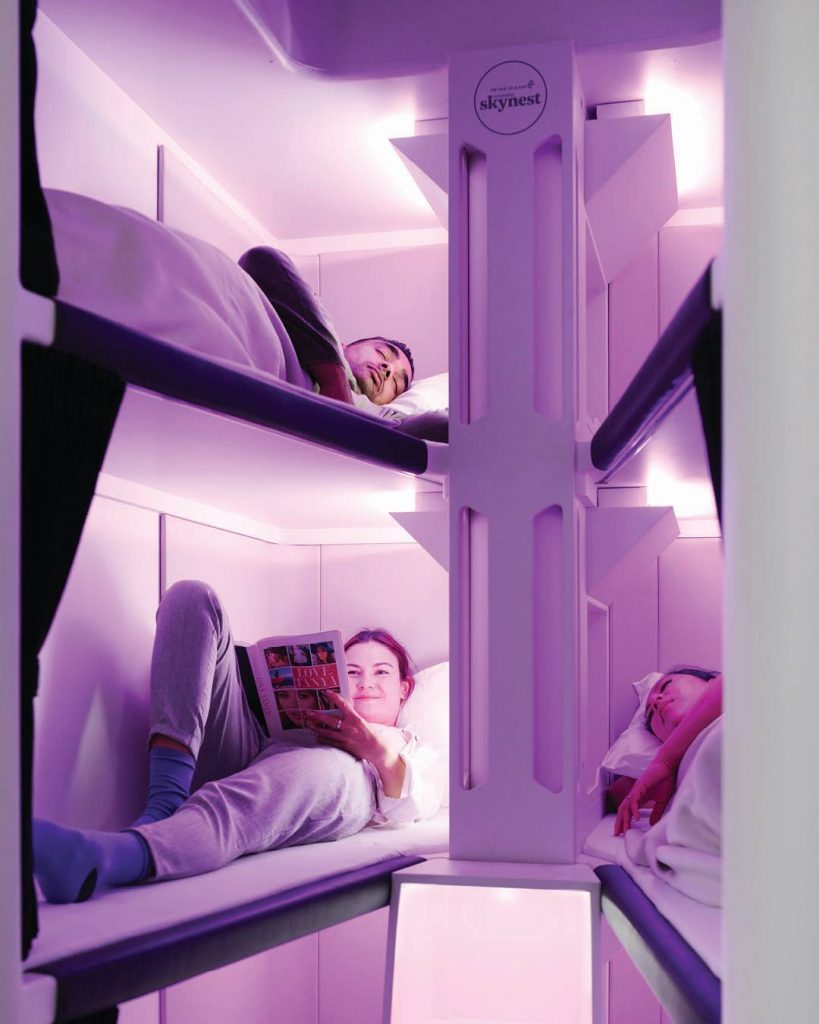 The Economy Skynest sleeping pods are a novel concept that gives passengers the option to leave their seats and sleep in a 100% flat bed.

Air New Zealand shared in their announcement of the Economy Skynest sleeping pods,

A clear pain point for economy travellers on long-haul flights is the inability to stretch out. The development of the Economy Skynest is a direct response to that challenge.

With the Economy Skynest, passengers will soon be able to have a proper sleep on the aircraft before heading off for their holidays or meetings.

Air New Zealand has explored other alternative seating arrangements prior to this one.

In 2011, they had a similar concept – the Economy Skycouch – which lets passengers stretch out their legs on a row of seats. 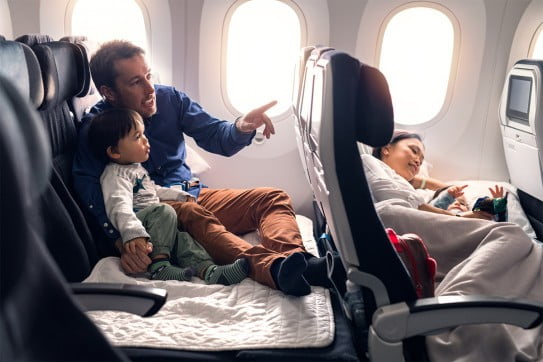 Economy Skynest will have 3 levels with 2 beds each

The Economy Skynest consists of 3 levels of bunk beds, each with 2 beds.

The sleeping pods have full-length beds built-in, each measuring 200cm by 58cm. The pods also come fully equipped with privacy curtains, a full-sized pillow, sheets and blankets, and earplugs. 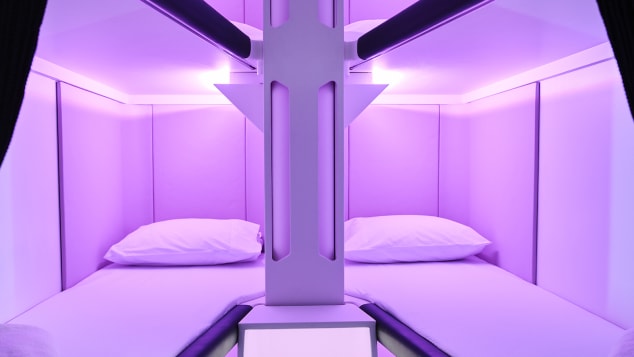 Air New Zealand is still in discussion about whether to include a reading lamp and a USB charging port.

The 6 beds will be available for passengers to book separately from their seats.

A spokeswoman told The Guardian that the sleeping pod is intended to be used for parts of the flight and not the entire duration of it.

Passengers will have the option to book the sleeping pods for sessions. In between sessions, cabin crew will change the bedding to ensure it’s safe and hygienic for the next passenger to use.

Economy Skynest’s to be confirmed in 2021

As appealing as it may be, the Economy Skynest will not be available any time soon.

The airline will apparently make a decision on whether to make this feature reality in 2021.

The Economy Skynest is aimed at improving passengers’ comfort in long-haul flights, so its status will be highly dependent on how their upcoming Auckland-New York flight fares. If the Economy Skynest does materialise, Air New Zealand has allegedly said they are open to licensing the patented innovation to other airlines.

The price one would have to pay for to enjoy the Skynest isn’t clear yet too, but we sure do hope it’s as affordable. Imagine how great it would be to sleep comfortably on an airplane without having to pay a king’s ransom.

Hats off to Air New Zealand for their innovative invention, perhaps we’ll see similar concepts on other airlines soon too.