On 25 Aug, a 46-year-old woman met with a fatal bus accident, leaving behind 2 children in Malaysia.

They had to travel down to Singapore at short notice to settle her affairs and say their last goodbye, but found themselves overwhelmed by the costs.

Thus, their cousin made a public appeal to raise funds to cover their funeral expenses. Thanks to the public’s support, the siblings successfully managed to settle their expenses during this time of grief.

Mum passes away suddenly while working in Singapore

Ms Wong, whose aunt passed away on 25 Aug, posted a public appeal on Facebook about her cousins’ family, who were dealing with their mum’s loss in Singapore.

Ms Guo was working in Singapore to save up for a house to buy in Malaysia so that the 3 can live together in a more comfortable environment.

Because Ms Guo was worried about missing too many days of her job due to quarantine requirements, she rarely went home to see her children in Malaysia.

Unfortunately, the siblings would next meet their mum in heartbreaking circumstances. 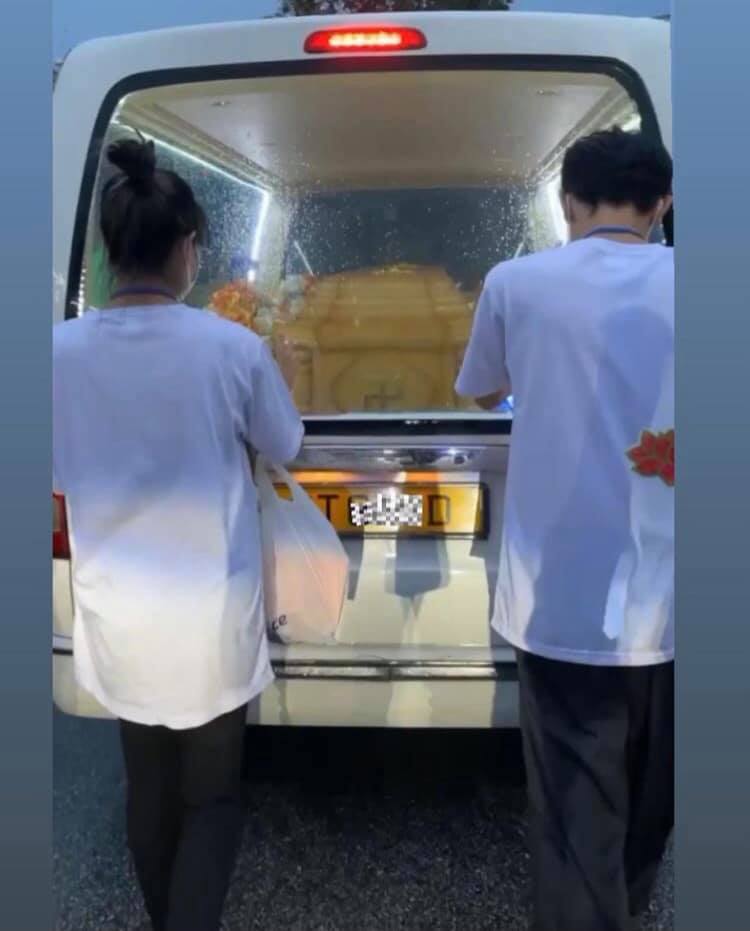 Shin Min Daily News had reported that the siblings had to borrow a sum of money from their aunt to cover their quarantine costs when they arrived in Singapore.

But they also had to pay for the funeral, rites, cremation, and other expenses such as getting around, which they had to use a special ferrying service for as they were on SHN.

While the siblings both had jobs, they had trouble covering all of these costs, especially after conversion.

Their jobs were also unstable due to the ongoing Movement Control Order (MCO), Ms Wong shared.

As such, Ms Wong made the public appeal to help the siblings out with their costs.

She asked if the public could help her cousins get back on their feet, be it through donations, sharing the post, or simply giving their condolences.

After this, many people came forward to offer financial help.

The outpouring of support meant that within a day, the siblings said that they’ve raised enough funds to cover the funeral.

Ms Wong profusely thanked everyone that helped out, saying that the siblings are forever grateful for the support they received.

Kudos to kind people that helped

It must truly be a difficult time for the 2 children to lose their mother so suddenly and having to settle her last goodbye.

But thanks to the kindness of the many people who helped out, the siblings have one less burden to bear.

As the family grieve, we hope that they may be able to find closure from the incident.