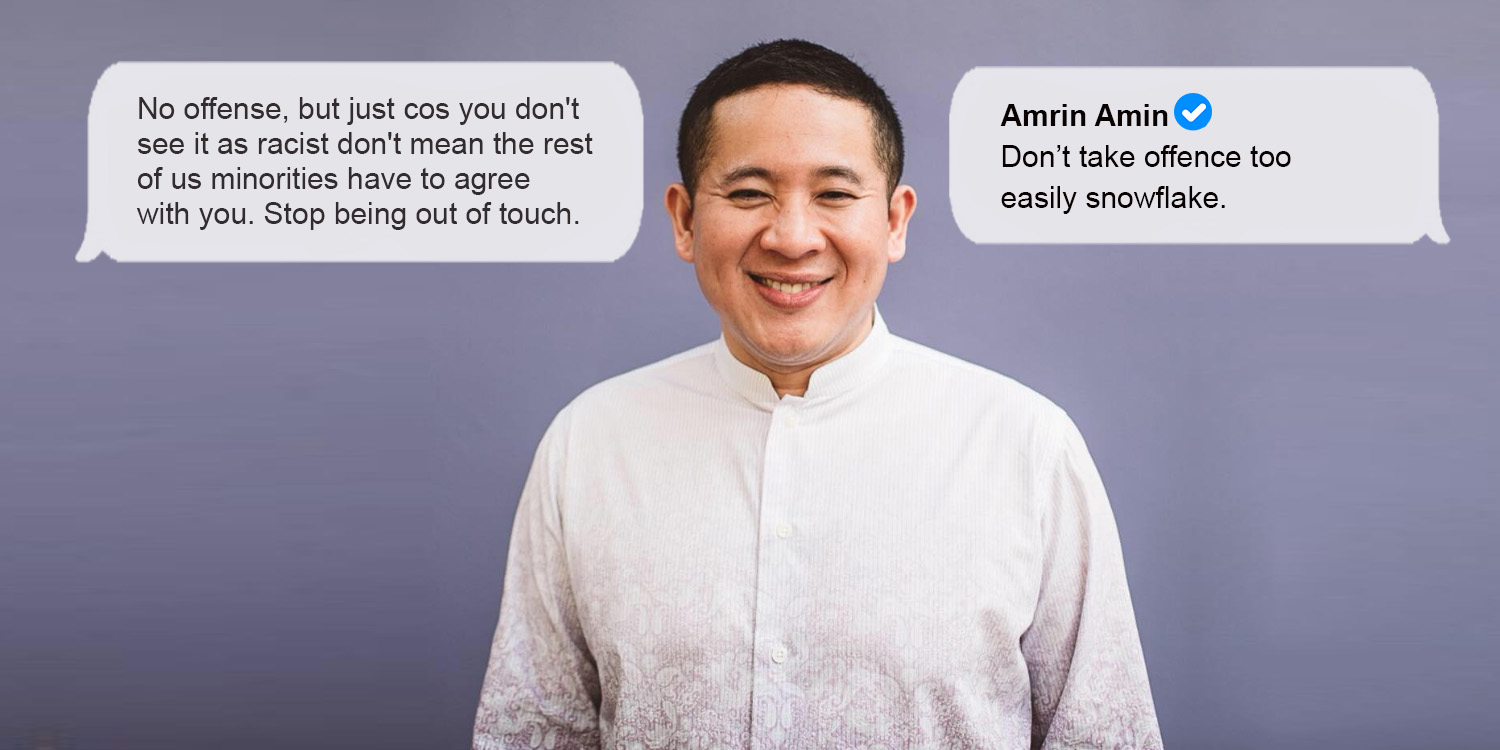 Social media platforms are spaces where people often unabashedly air their opinions and spark debates. But when a public figure does that, they may invite even more scrutiny.

That seemed to be the case for former Member of Parliament (MP) Amrin Amin, who recently came under fire for calling a Facebook user a ‘snowflake’.

Few supported his response, but many criticised him for it, especially considering the context of the situation. 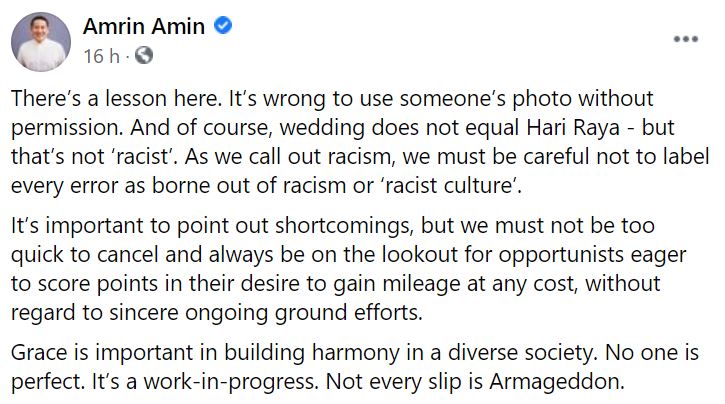 He acknowledged their mistake for using the couple’s photo without permission and conflating Hari Raya with a Malay wedding.

However, he disapproved of the term ‘racist’ to describe the PA’s actions, as he believed that not every error is “borne out of racism or ‘racist culture’.”

While his post sparked some thoughtful discussion, his reply to a netizen’s comment was what drew even more attention.

Perhaps wanting to call out Mr Amrin’s approach to the matter, a netizen expressed his disagreement. 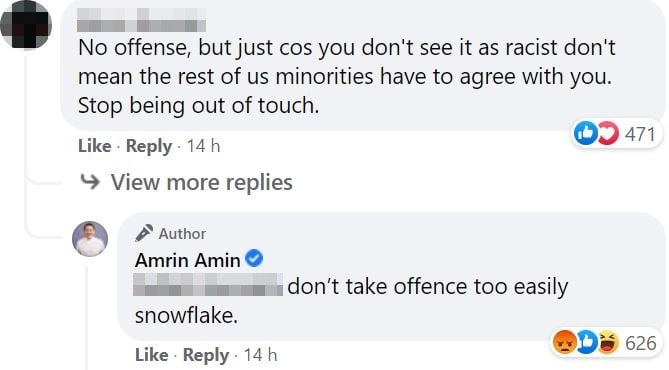 Instead of engaging in a discussion, the former MP replied with a curt comment, asking the netizen to not “take offence too easily” and calling him a ‘snowflake’.

For the unacquainted, the term is a modern slang used to describe a very sensitive person who is easily offended by others’ words or actions.

Likely taken aback by his response, many took to the comments section to call out Mr Amrin’s response. 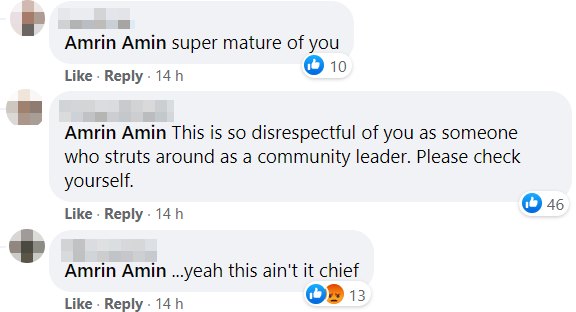 Implying that it was immature, netizens criticised the leader for his apparent lack of tact.

Topic of racism aside, most of them agreed that Mr Amrin could have picked a more respectful way to reply to the netizen.

MS News has reached out to Mr Amrin Amin for comments and will update the article accordingly once he replies.

Though engaging in debates is important to help improve the state of our country, we should remember to maintain decorum while doing so.

After all, being at loggerheads won’t benefit anybody at the end of the day.

So let’s do our parts to ensure that our online interactions remain cordial, even as we try to air our diverse viewpoints.

Surely, we want to work towards the same goal of fostering a harmonious society.