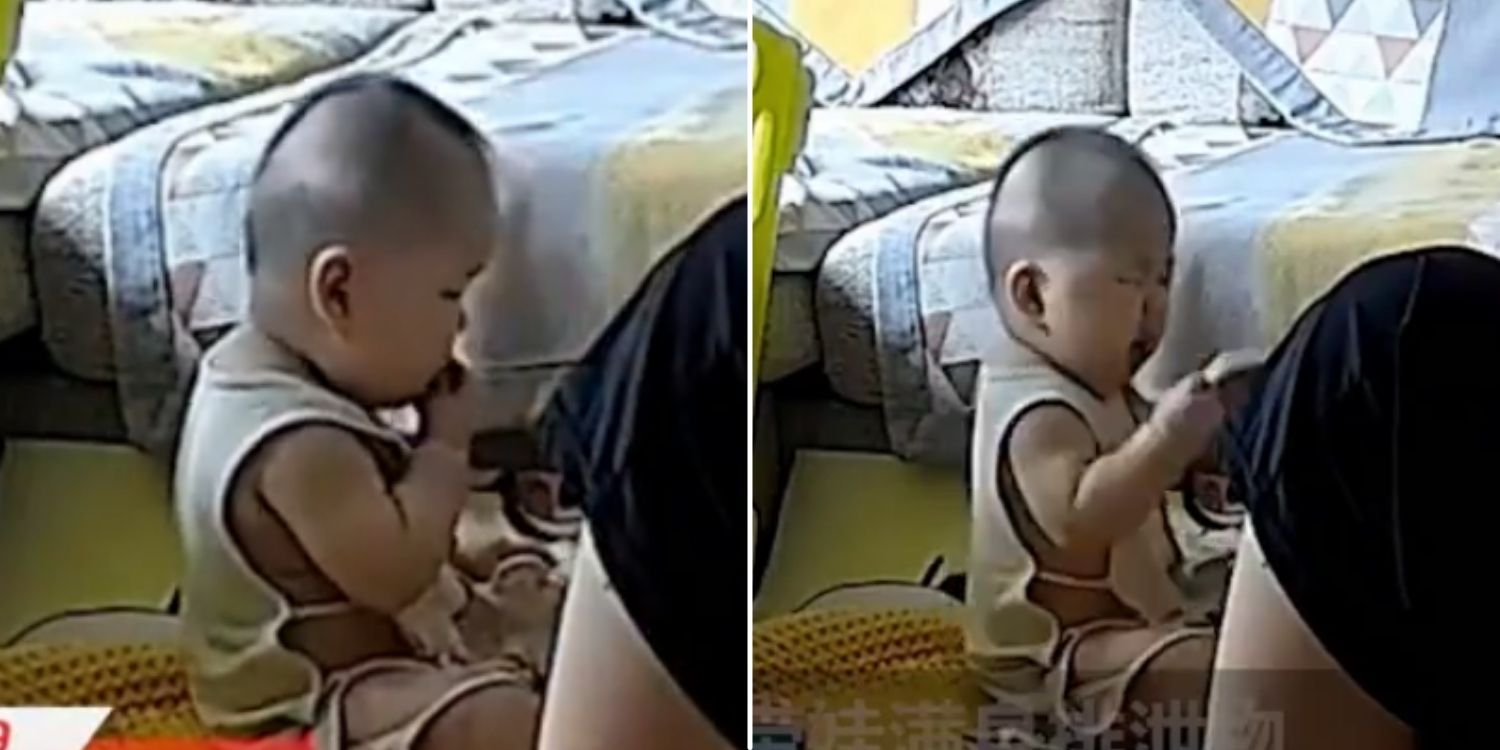 The baby frowned and shivered after having a taste.

Babies, if left unsupervised, can get into some puzzling situations.

Recently, a 9-month-old baby decided to eat his own excrement after doing his business while sitting in the living room.

After taking a bite, the child frowned and shivered, then waved his arms in disgust.

While all that was happening, his oblivious father appeared to be glued to his phone screen.

The baby’s mother later saw the events that transpired via CCTV footage after noticing that the mat covers in the room had been changed.

A clip of the incident uploaded on Weibo has amassed over 7 million views and countless critical comments.

The CCTV footage showed the baby curiously poking at his own poop while his father was lying on the floor close by.

After taking a stab at the excrement, the baby grabbed what he could with his little fingers and then shoved it in his mouth.

Understandably disgusted, the baby frowned and shivered before waving his hands in shock.

After poking at his poop for a while longer, the half-naked baby stood up and leaned on a sofa.

Only at this point did his father notice him, finally looking up from his phone to check on the baby.

The father had initially wanted to wipe the baby’s face but quickly realised the mess the little one was in.

Pulling the baby’s arm away, he looked down and presumably saw a pile of poop.

Connecting the dots, the father then picked the baby up and moved him outside the enclosed area.

Mother only found out after reviewing CCTV footage

Speaking to South China Morning Post (SCMP), the mother claimed that she had noticed that the mat covers were changed when she returned home from work that day.

She quizzed her husband, who allegedly refused to tell the whole truth and only said that the baby had soiled the mats.

Sensing something amiss, the mother later reviewed the CCTV footage and saw everything that unfolded for herself.

She then berated her husband for not paying closer attention to the baby.

Even if whatever he was looking at was so interesting, it’s surprising how the stench from the poop didn’t spur the father into action sooner.

Hopefully, the baby hasn’t fallen ill from this curious incident.

Moving forward, the dad must surely be on high alert if he wants to avoid another earful from his wife.