As bushfires terrorised the forests in Australia, thousands of koalas mercilessly suffered and died.

They say that there’s a light at the end of the tunnel and we’re finally feeling hopeful thanks to this newborn koala.

On Wednesday (27 May), the Australian Reptile Park announced that Ash – the park’s first baby koala of the season – was born. 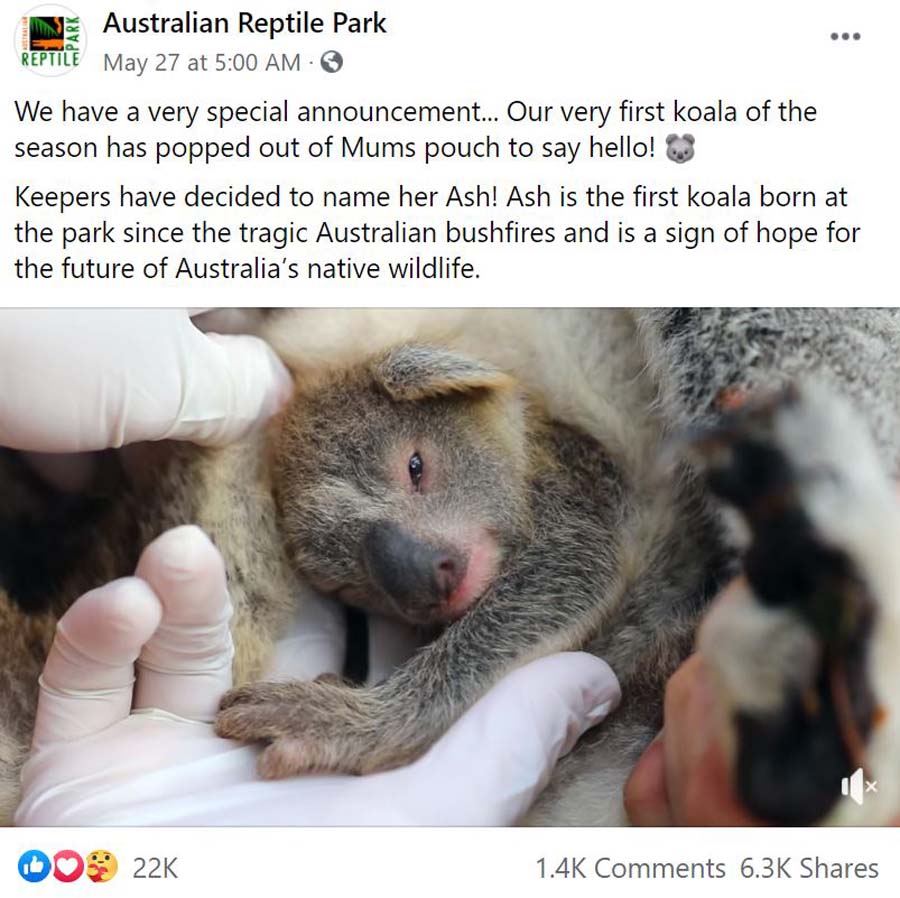 Ash is already 5 months old but the park only announced her birth recently through a Facebook video.

Since the species’ population was extremely reduced, Ash’s birth is a sign that the country’s wildlife can eventually recover.

First baby koala of the season

Ash is the first koala born in Australian Reptile Park after the onslaught of bushfires.

Zookeeper Dan Rumsey says baby koalas – otherwise known as joeys – stay in their mom’s pouch for up to seven months.

Since Ash needed time with her mum to stay strong and healthy, the zookeepers announced her birth 5 months after she was born. 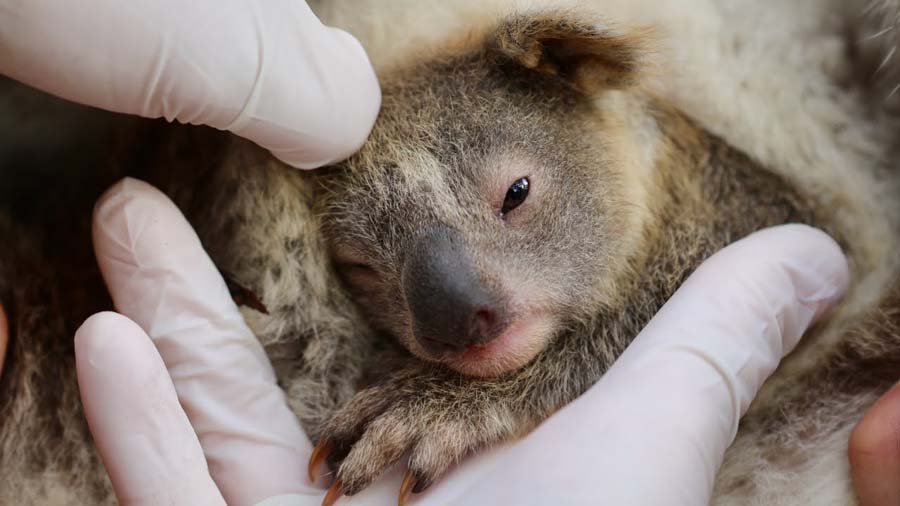 In the video, Ash was seen climbing a branch with a zookeeper’s help. 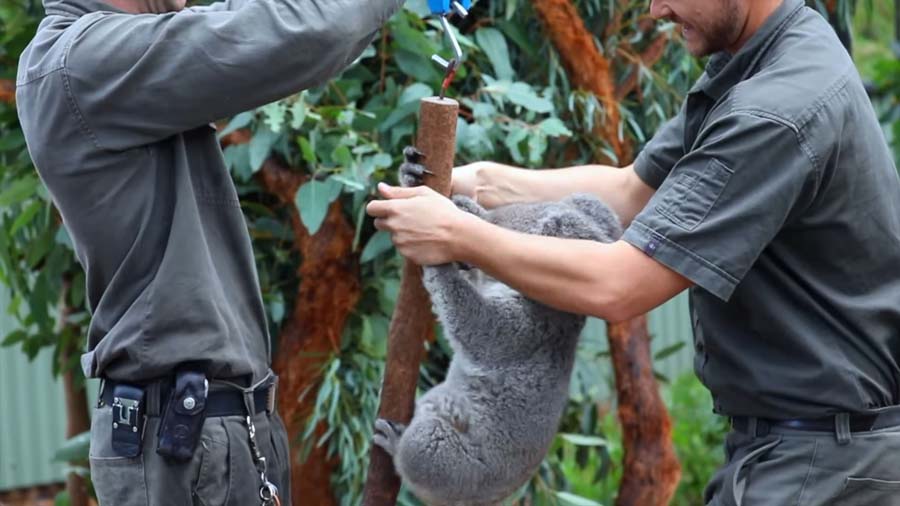 Just like us, the zookeepers can’t resist Ash’s cuteness so they hug her too. 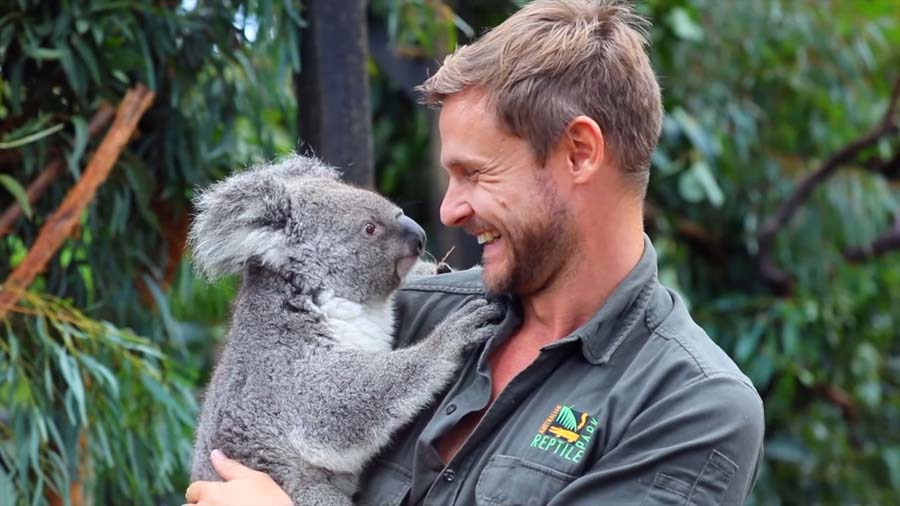 In the meantime, we can rely on Rosie – Ash’s mum – who’s proven to have superb parenting skills to help her grow. Due to the bushfires that ravaged Australia, baby koalas like Ash are born and bred in wildlife parks in hopes of growing their population.

According to Global News, 30% of New South Wales’ koala population was decimated in the bushfires. 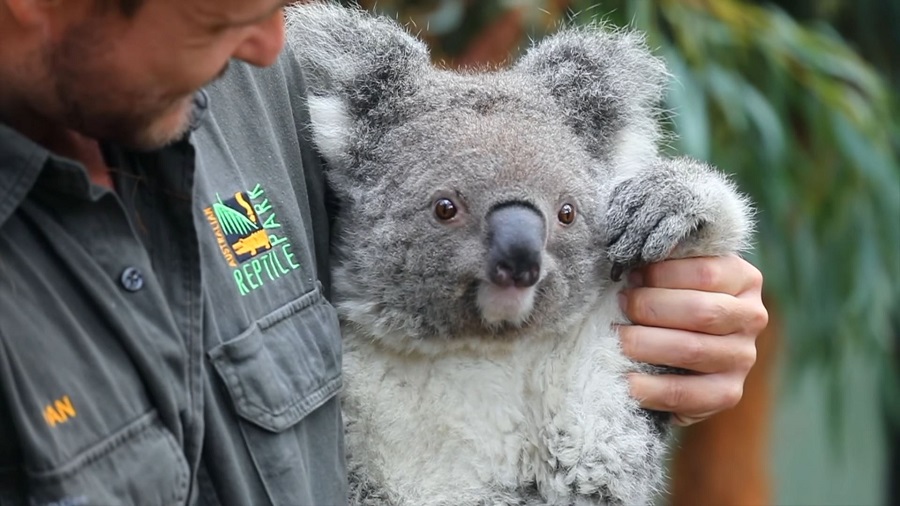 They were able to raise seven koalas last year and they’re on track to beat this record. There are at least 3 more joeys in koala pouches at the Central Coast zoo, reports News.com.au.

Many sympathised with the deaths of thousands of koalas in the past year.

Ash’s birth reminds us that even dark times will eventually pass. While we’ve experienced setbacks and disappointments amid ‘Circuit Breaker’, we can also expect good things to happen to us in the future.

Even if it takes time for the koalas to repopulate, we’re hopeful that through the efforts of wildlife zookeepers we’ll be able to see more of them the next time we visit.