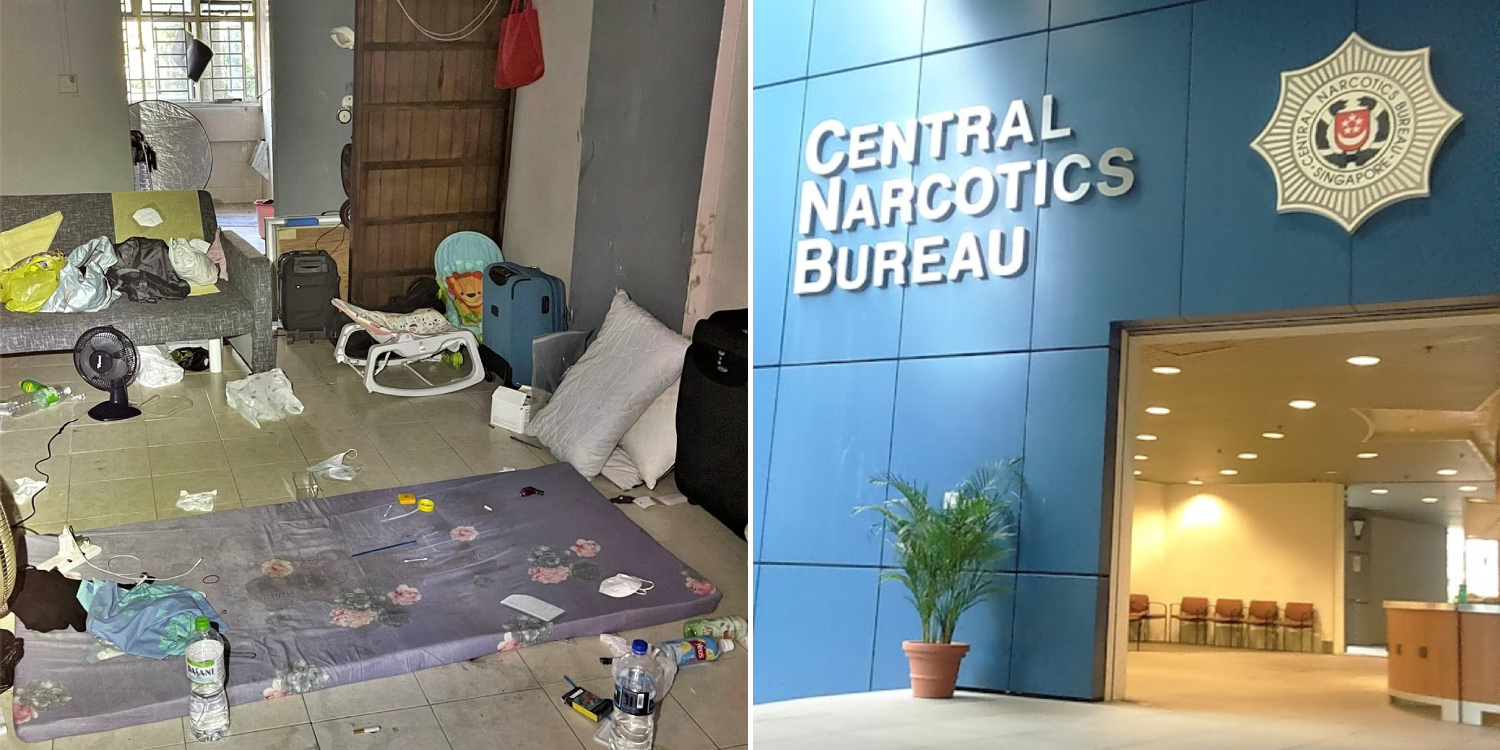 The baby has been handed over to the Ministry of Social and Family Development.

Singapore is known for taking a firm stance against drug abuse as it can potentially bring harm and ruin lives.

Recently, the Central Narcotics Bureau (CNB) conducted a raid and discovered a drug abuser and her nine-month-old son living in “squalid” conditions.

The mother will be committed to the Drug Rehabilitation Centre (DRC), while the Ministry of Social and Family Development (MSF) has taken the child in.

Baby found near drugs in unit

On Friday (24 Jun), CNB officers found a woman and her nine-month-old baby in an apartment during an anti-drug operation.

The mother was reportedly abusing crystal methamphetamine, also known as ‘Ice’, in close proximity to her son.

A photo shows their home in poor condition, with trash all over the floor and a filthy mattress. 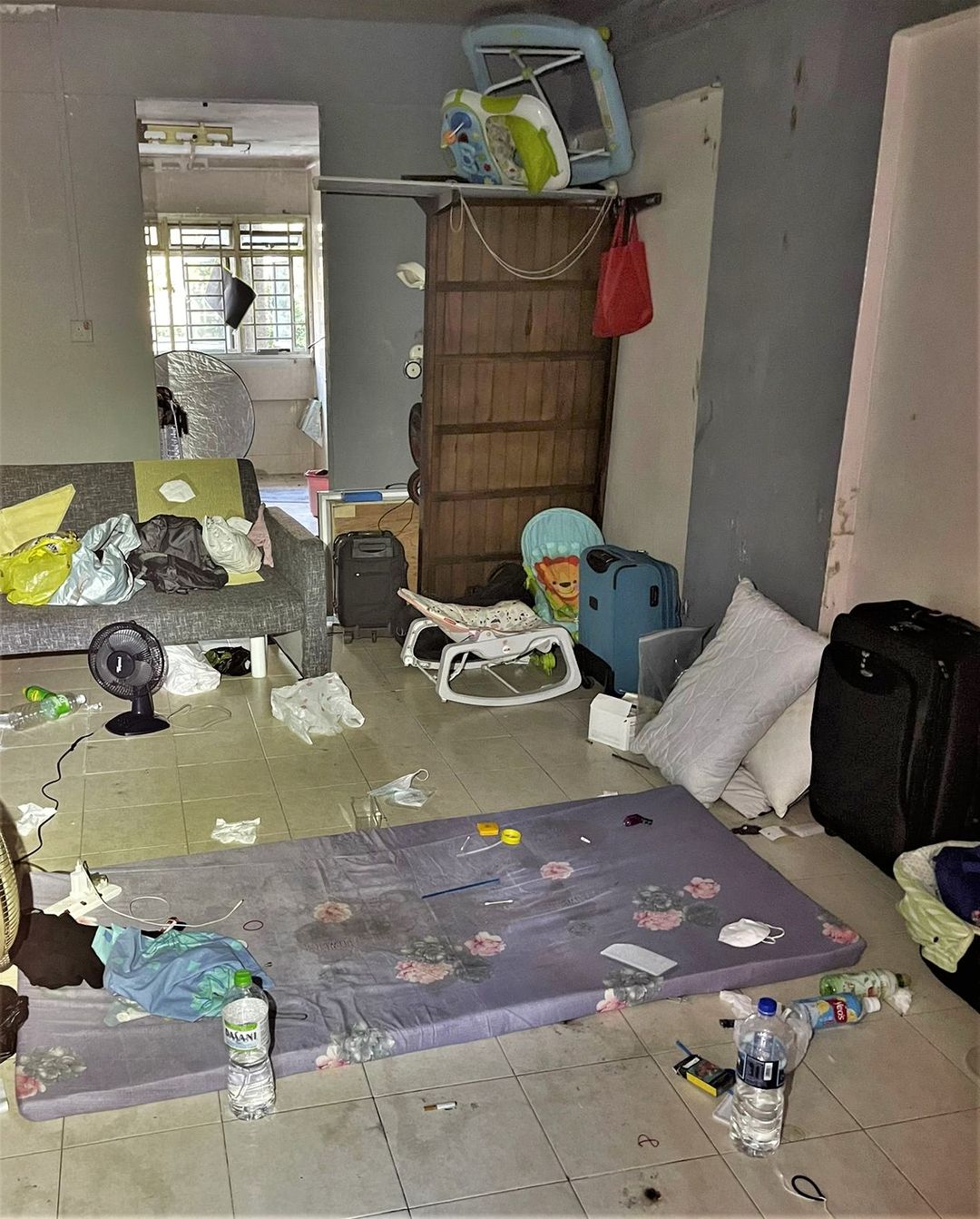 Several baby products can be seen in the shot, including a walker that’s been discarded on top of a cupboard.

There was also drug paraphernalia lying out in the open.

According to CNB, the child’s mother, who was his sole caregiver, will be committed to the DRC for rehabilitation.

As for the boy, officers brought him back to the station and provided him with the childcare necessities, such as milk powder.

He has since been placed under the care of MSF as the drug abuser’s parents are unable to care for him.

Many expressed their relief that officers managed to save the baby from such terrible living conditions.

Others wish him well, hoping that he grows up to have a normal and healthy life despite his past.

One man bravely shared his own story, proving that it’s indeed possible for drug abusers to turn over a new leaf and have a good life.

He also called for more support for drug abusers, urging society not to give up on them.

Hope rehabilitation will be effective

It is disheartening to know there are people right here in Singapore who live in such conditions, even innocent children.

As we do not know the woman’s full story or the circumstances behind her drug addiction, it would be wise to avoid passing judgement.

Hopefully, she will receive all the help and support she needs to get better. After all, everyone deserves a second chance.