Just a few days ago, a bizarre accident at a HDB void deck left netizens bewildered.

Police Bike Spotted At HDB Void Deck, Netizens Wonder How It Got There

On Friday (29 May), yet another car accident went viral on Facebook, involving a Bentley and 4 other cars in Ang Mo Kio. 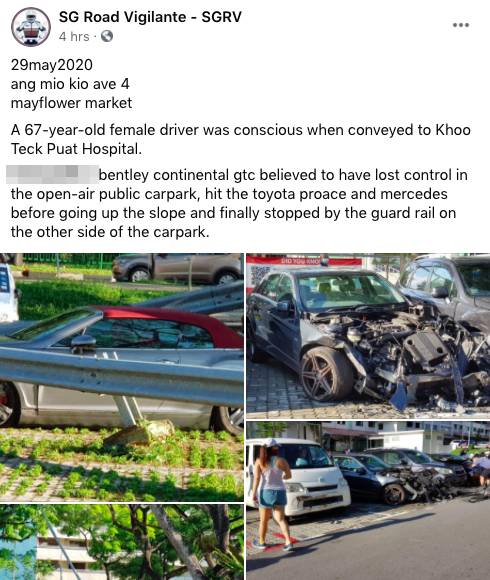 The 67-year-old driver was eventually ferried to the hospital after her car was finally stopped by a guard rail on the other side of the carpark.

According to a Facebook post by SG Road Vigilante, a driver operating a silver Bentley was believed to have lost control of her vehicle.

The incident reportedly happened at an open-air carpark at Ang Mo Kio Avenue 4, near Mayflower Market. 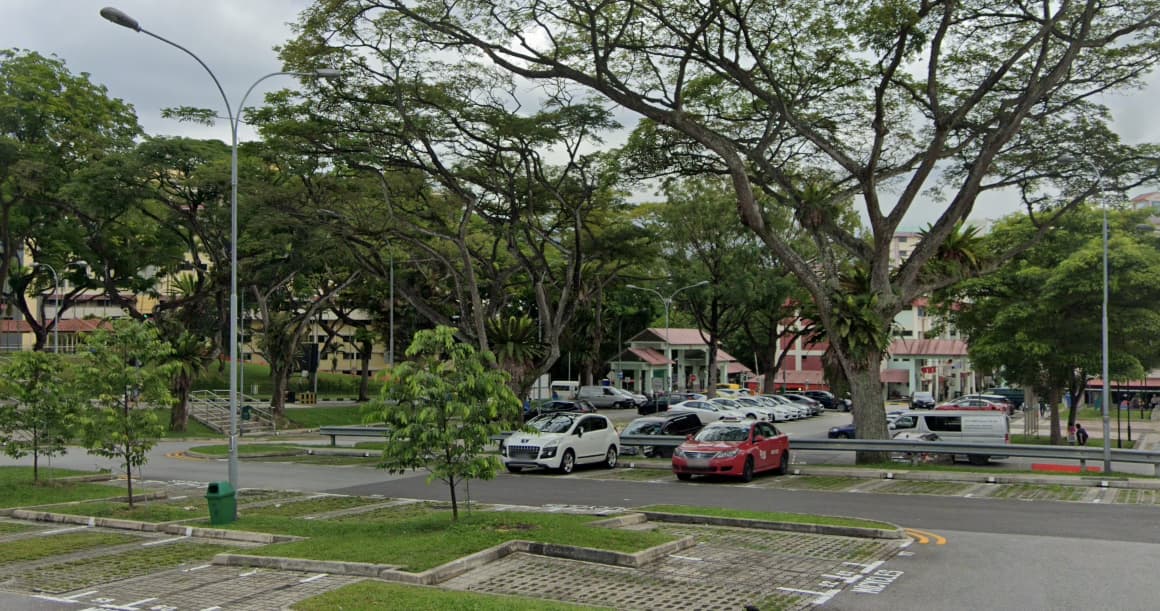 As we can see from this video by Singapore roads accident.com, 4 stationary cars were damaged as a result.

The front portion of a black sedan is completely wrecked, car parts gruesomely spilling out of its hood.

Others got off with several dents and deep scratches, like this white Toyota van.

As for the silver Bentley, the vehicle dashed into a metal guard rail, bending the entire structure upon collision.

It is apparent that a lamp post has also been run over as it bents over like a willow tree at the top right corner of the image.

When found, the 67-year-old female driver was conscious and ferried to Khoo Teck Puat Hospital, according to SG Road Vigilante’s post. 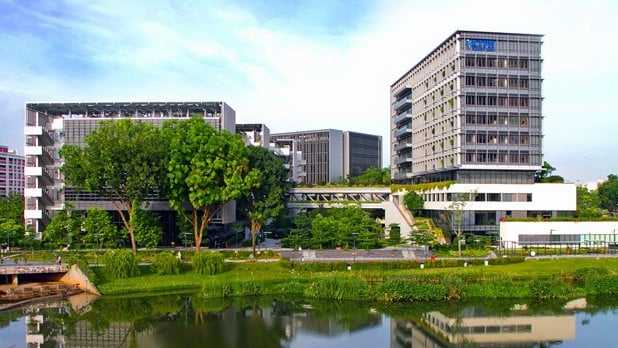 Even though the vehicles suffering extensive damage, we do hope that the drivers and passers-by present came out of the accident unscathed. We wish the 67-year-old Bentley driver a speedy recovery.