He also found that the culprit had allegedly been stealing other riders' food as well.

Singapore is often praised as a safe country to live in. However, low crime doesn’t mean no crime, and there will still be a few culprits who cannot resist the temptation to steal.

This was, unfortunately, the case for one suspected bike thief in Paya Lebar. 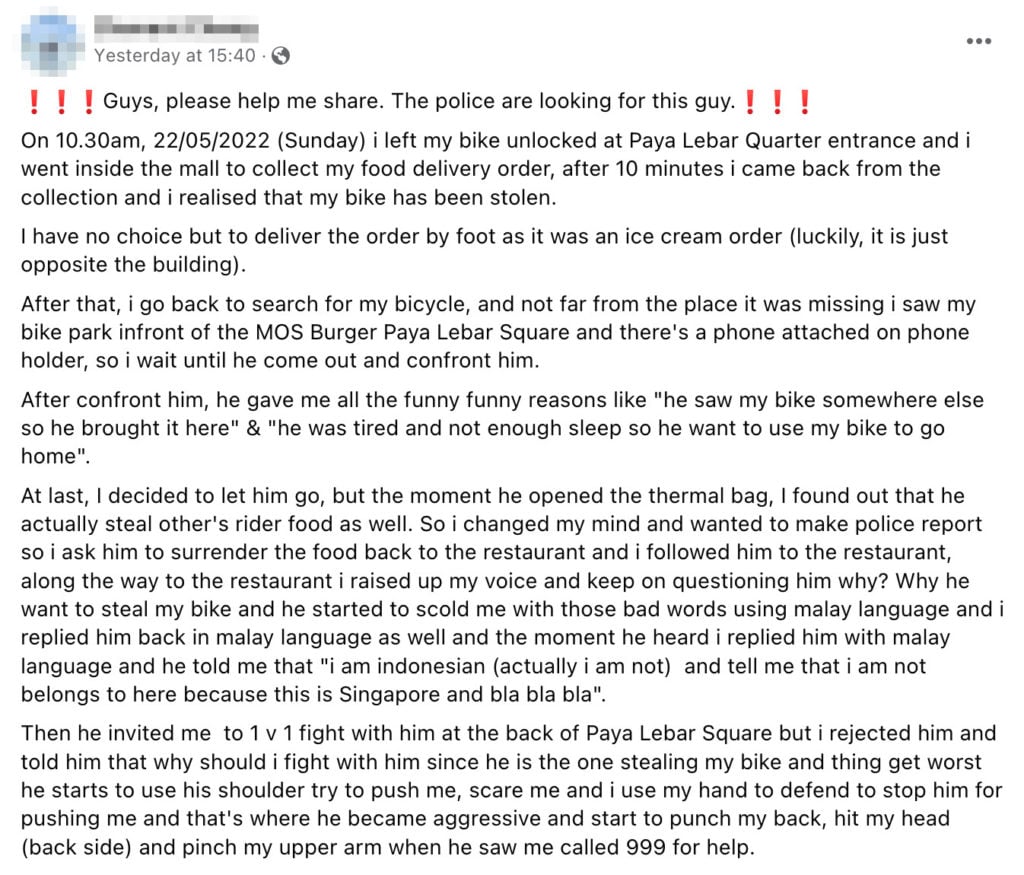 When the bike owner later confronted him, the suspect allegedly physically assaulted him, leaving bruises.

The owner lodged a report and said that police are now searching for the suspect.

On 22 May, Facebook user Clement Chong shared his unfortunate experience with an alleged bicycle thief.

That morning, he left his bike unlocked at the entrance of Paya Lebar Quarter before heading into the mall to collect his food delivery order.

However, he returned 10 minutes later to find that his bike was missing.

He was left with no choice but to complete the delivery on foot as it was “an ice cream order”. Fortunately, the customer was nearby. 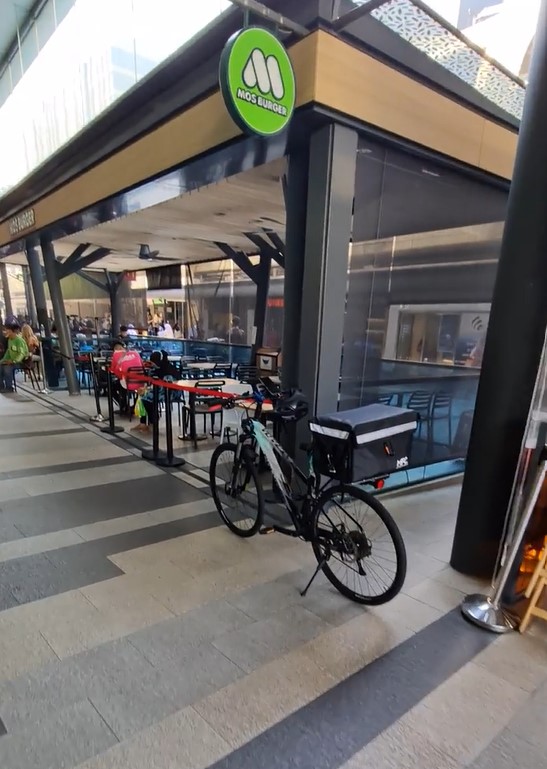 Mr Chong later went back to search for his bike. He eventually found it in front of the MOS Burger outlet at Paya Lebar Square.

He then noticed someone else’s phone attached to the phone holder. He decided to wait for the culprit to show up so that he could confront them. 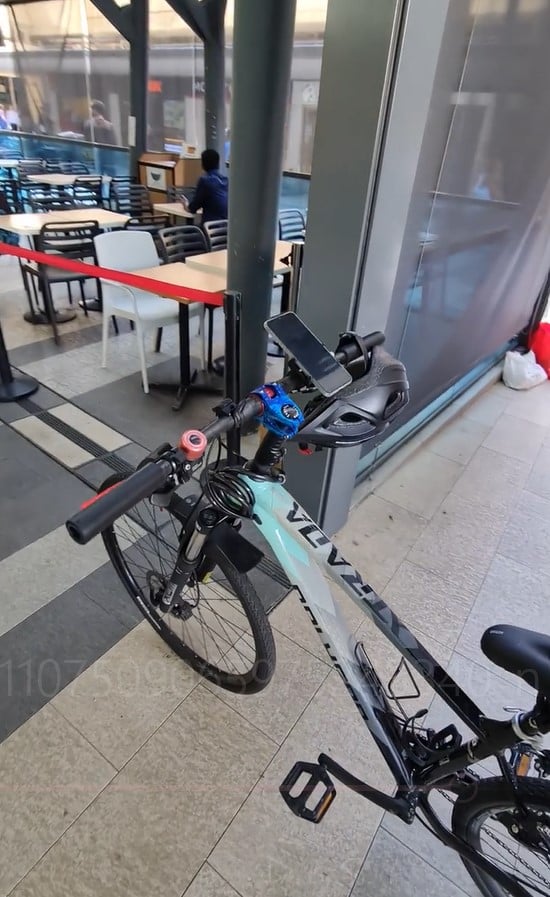 Their meeting did not go well.

Mr Chong claimed that the culprit gave him all kinds of “funny reasons” for taking his bike, such as “he was tired” and had “not enough sleep”, so he wanted to use Mr Chong’s bike “to go home”. 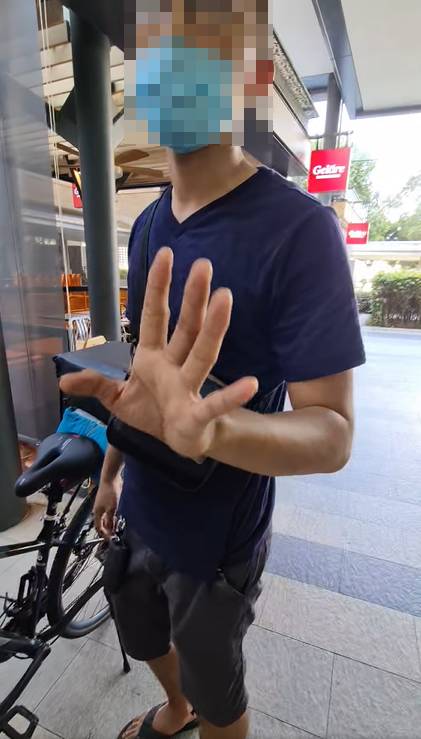 He eventually apologised to Mr Chong and took his phone from the holder attached to the bike. 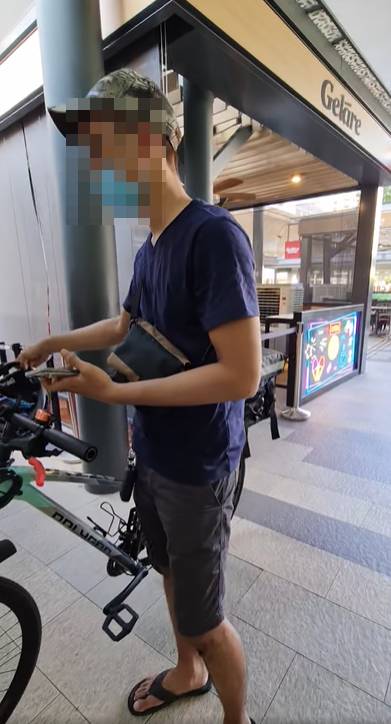 At this point, Mr Chong wrote that he wanted to let the issue slide. However, he discovered that the culprit had been stealing other riders’ food as well.

Mr Chong ultimately decided to file a police report and asked the culprit to “surrender the food back to the restaurant”. While following the thief to return the food, he asked him why he stole his bike again. 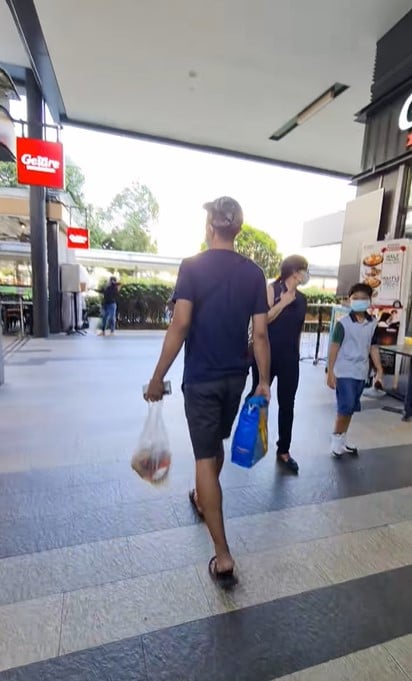 When Mr Chong replied in the same language, the culprit told him that he is “Indonesian” – even though Mr Chong clarified that he isn’t – and that he does not belong here “because this is Singapore”.

Man claims culprit punched him and hit his head

That wasn’t the end of it.

Mr Chong added that the culprit invited him to a one-on-one fight behind the mall. He turned down the ‘offer’ and asked why they should be fighting when the man was the one who stole his bike.

The culprit then started to get violent. He allegedly pushed Mr Chong with his shoulder, causing the latter to use his hand to protect himself.

The man then “became aggressive” and purportedly punched Mr Chong’s back, hit his head, and pinched his upper arm when he called 999 for help.

A photo that Mr Chong shared shows a visible bruise on his arm. 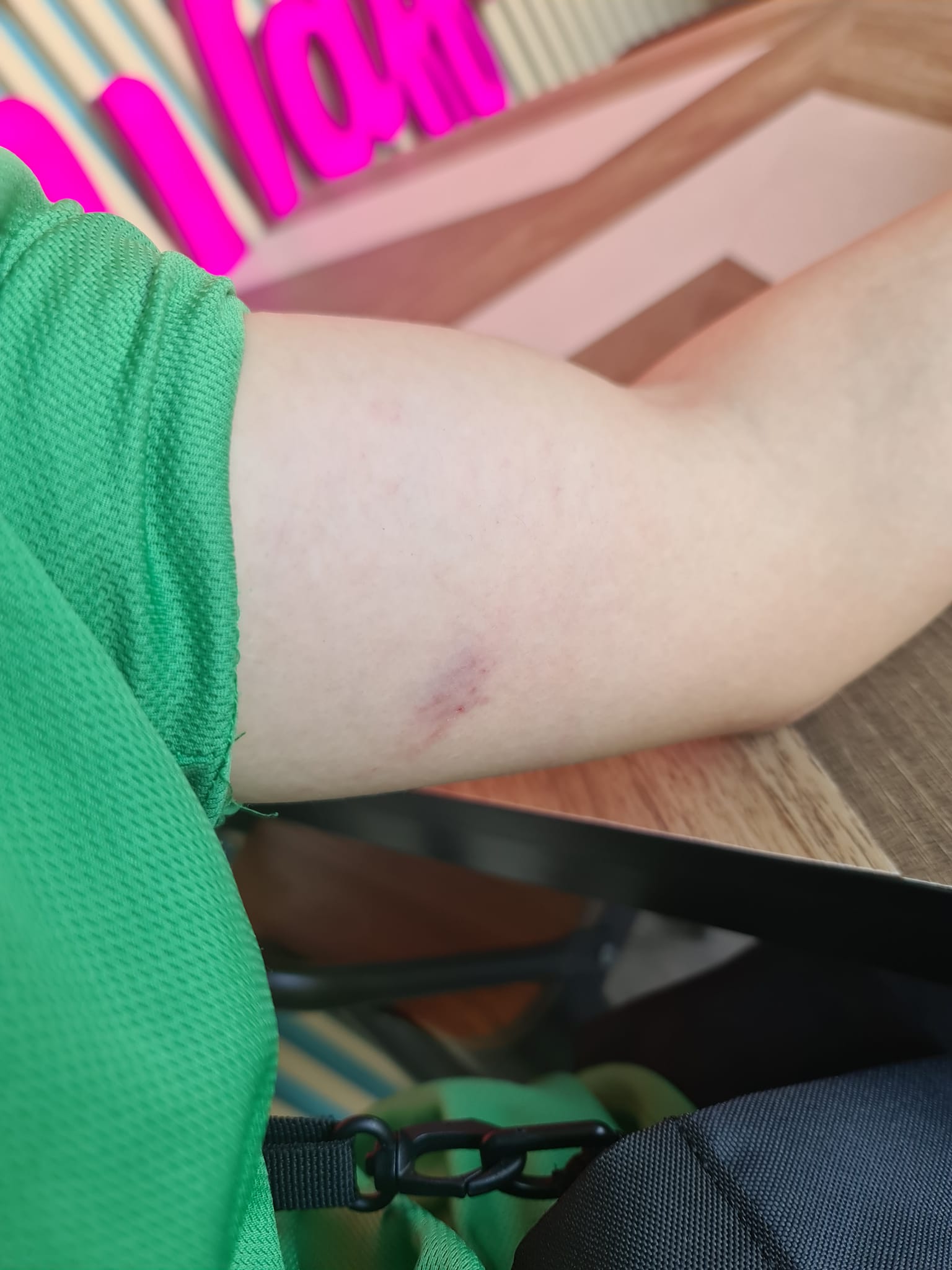 According to Mr Chong, the police are currently searching for the culprit.

Mr Chong hopes that by sharing his story, more people can help to spread the word and look out for the man.

Hope culprit will not commit the same offence again

There are a few lessons we can learn from Mr Chong’s story.

The first one, obviously, would be to refrain from taking things that do not belong to us. Secondly, violence is most certainly not the answer.

And last but not least, we believe this can serve as an important reminder for everyone to remember to lock up their valuables, even if they’re in a relatively safe country like Singapore.

Hopefully, the police are able to locate the suspect and hold him accountable for his actions. May he also realise the error of his ways and turn over a new leaf.