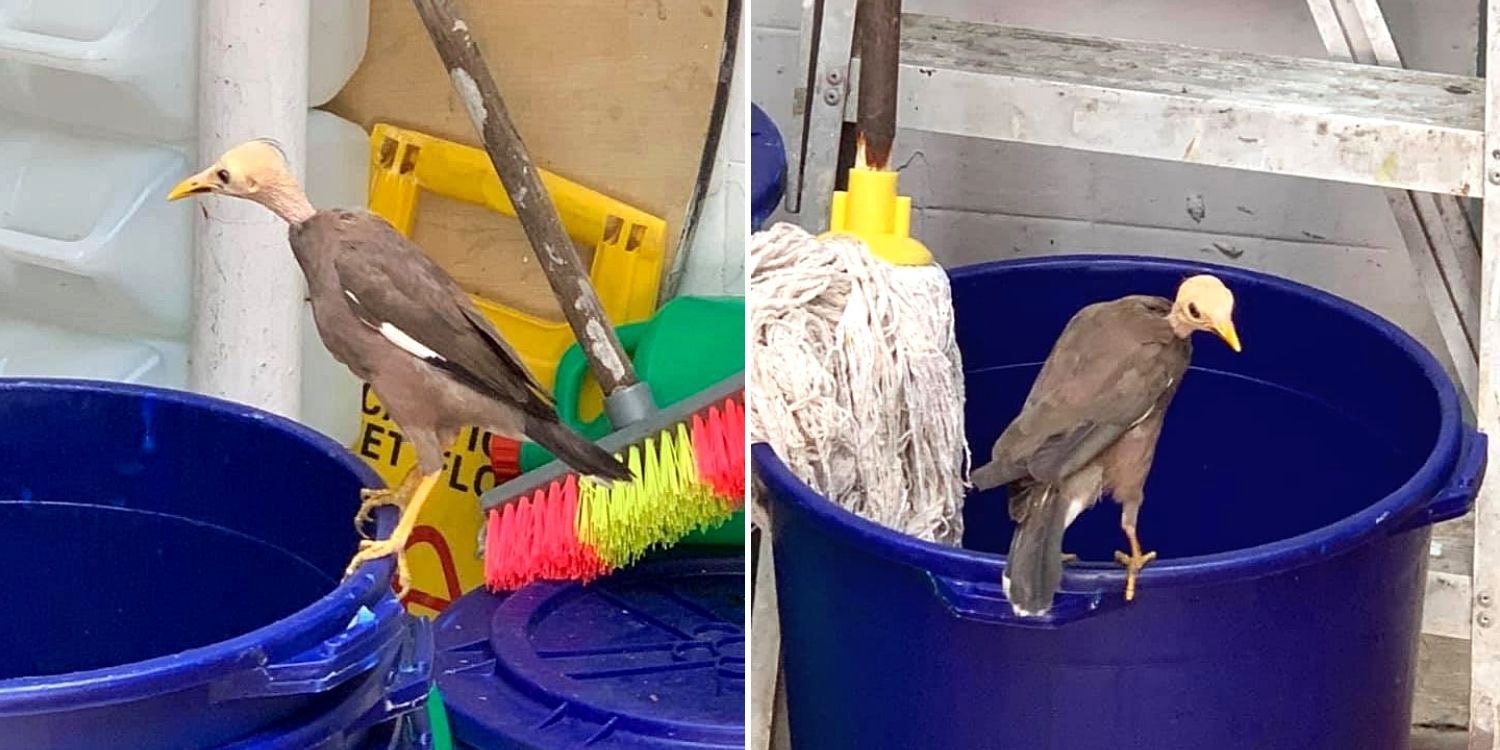 Take a walk around the neighbourhood, and it’s hard not to run into a mynah or two. But recently, one particular mynah has become famous after its head looks completely botak. 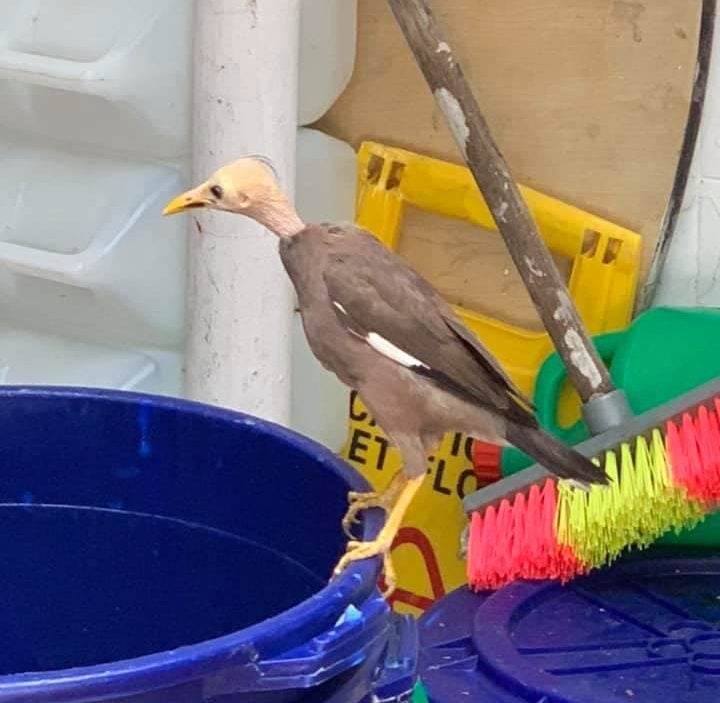 The brown bird was seen hairless from the neck upwards, which makes it look like a carnivorous vulture from afar.

Last Saturday (27 Feb), a netizen shared on Facebook photos of a bald mynah that he spotted. 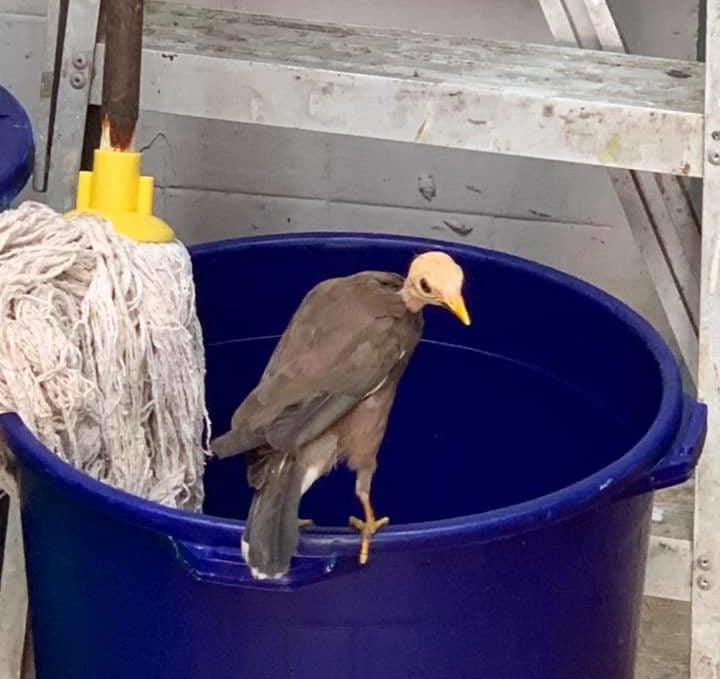 Wondering what had happened to the bird, the netizen jokingly said that he had spotted a “vulture” in Singapore. 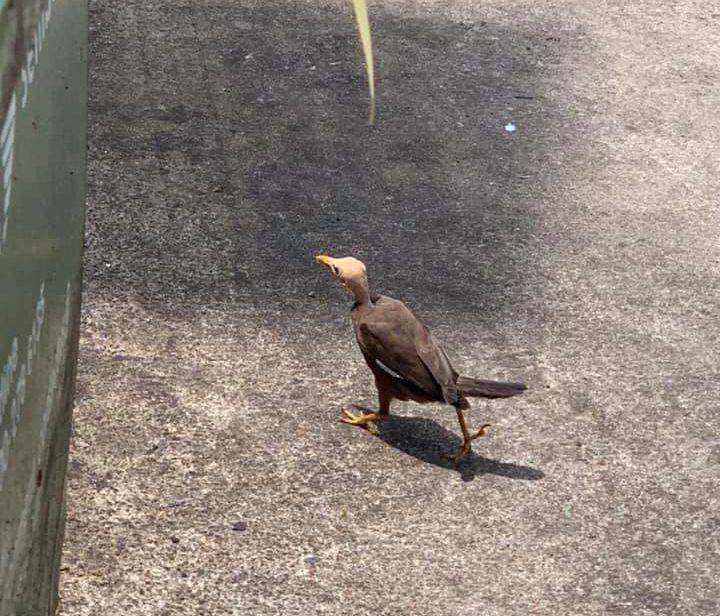 Bird is actually a Common Mynah

Judging from its brown-coloured feathers, the bird is actually a Common Mynah which was once commonly found in Singapore. 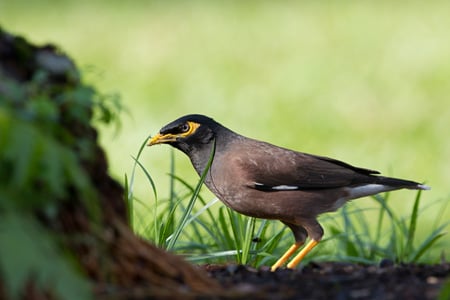 According to the National Parks Board (NParks), it became less common due to competition from the Javan Mynah, aka “that black bird”. 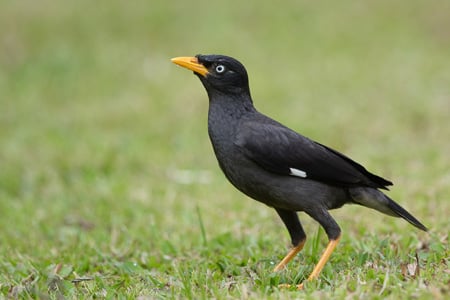 Apparently, balding is a common problem among mynahs, but the causes of which remain a mystery.

According to the Bird Ecology Study Group under Nature Society (Singapore), shedding, fighting, and illnesses can all lead to mynahs appearing middle-aged.

Netizens offer theories on its baldness

Since the causes of baldness remain open to speculations, many netizens offered their two cents’ worth.

One netizen thinks the mynah might be an e-commerce-owning billionaire who has tonnes of money in exchange of lustrous hair.

Someone refers to it as an accurate reflection of how old age gets to us, as it does remind us of an ah gong strolling around in the neighbourhood.

Others refer to our National Service (NS) new enlistees, who are similarly recognisable for their botak haircut on the MRT.

One netizen attributes the bird’s hair loss to stress, saying it should learn to relax like David the wild boar who plops over when a man sayang-ed him.

Birb, don’t stress so much

Let’s admit, besides offering entertainment, the botak haircut does look somewhat sad on the bird.

Even though the reasons leading to its hair loss remain unclear, we do hope its self-esteem doesn’t get too affected in the long run.