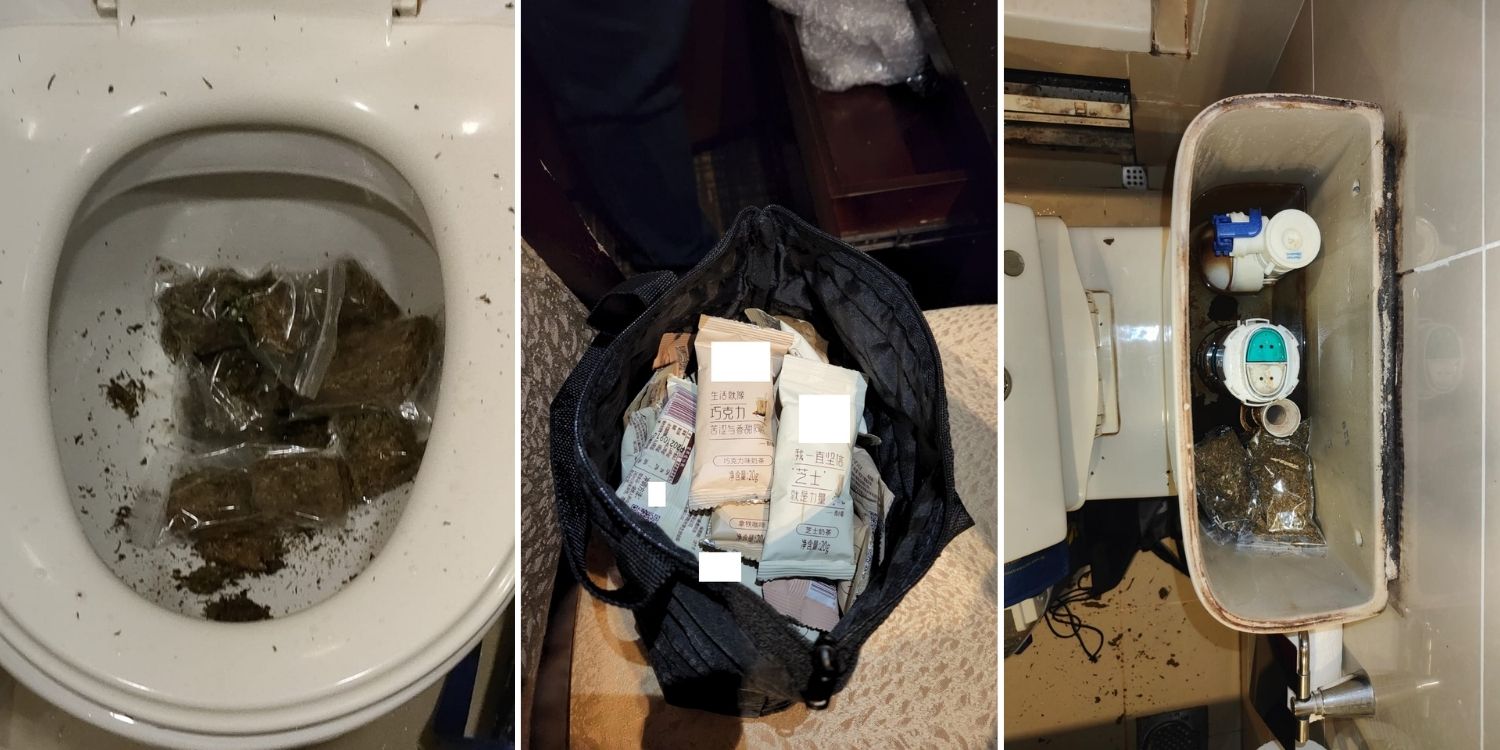 A 31-year-old man was arrested in the bathroom.

Singapore has always taken a strong stance against drug offences, and the Central Narcotics Bureau (CNB) proves this through its extensive efforts to eliminate them.

Over the years, they foiled attempts to hide these drugs in unexpected places, including hollowed-out books. However, it looks like they have several more hiding places to add to the list.

On Monday (9 May), officers raided a Bras Basah hotel room and found S$177K worth of drugs hidden in toilet bowls and tea sachets. 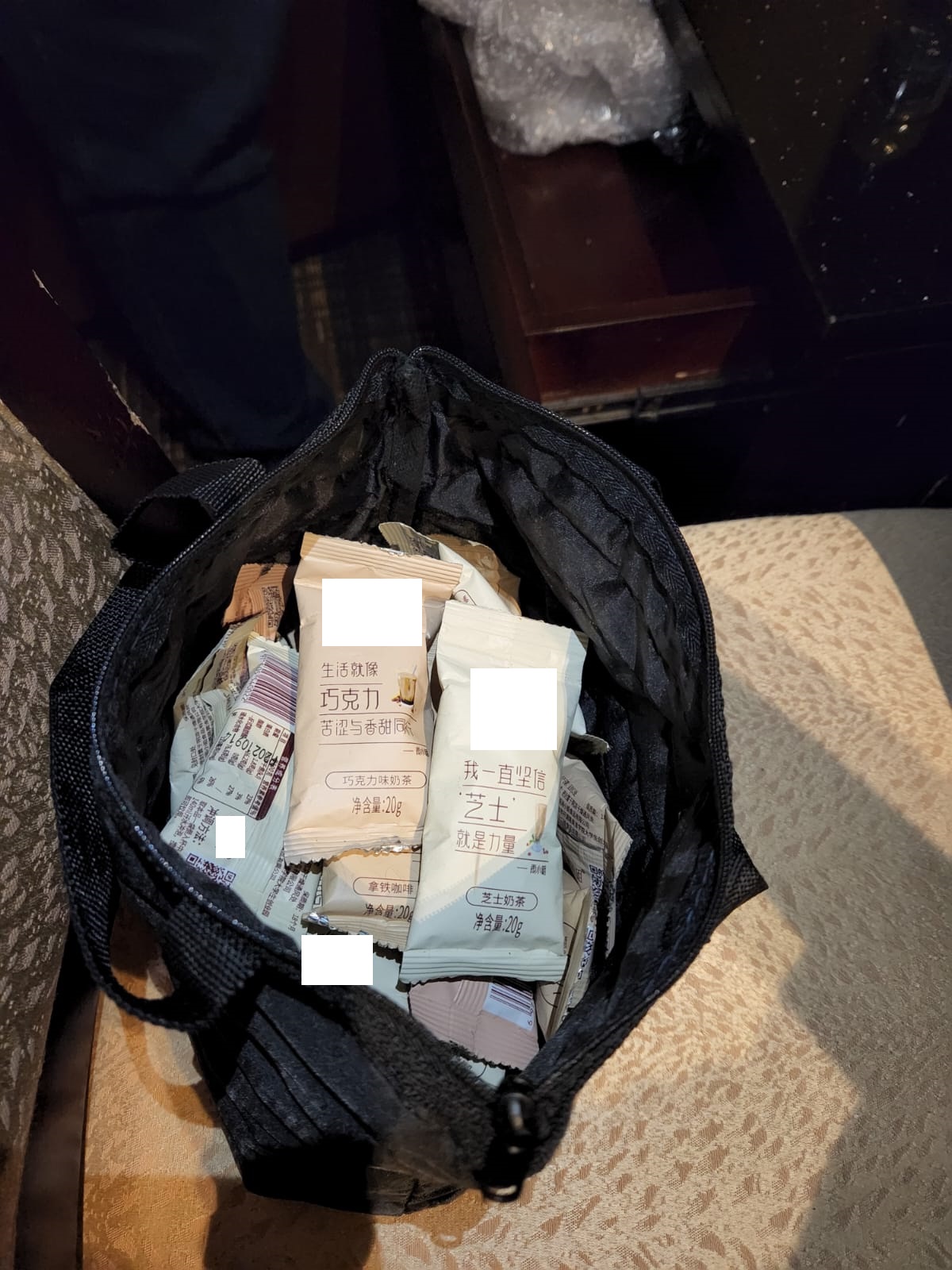 A 31-year-old man was arrested, and investigations are currently ongoing.

According to a post on CNB’s Facebook page, officers arrested a 31-year-old man after a drug raid at a hotel in Bras Basah.

They had to enter the room forcibly before arresting him in the bathroom, where he was suspected to have been discarding the illegal substances in the toilet bowl.

Over 4kg of suspected illicit drugs were found hidden inside, including: 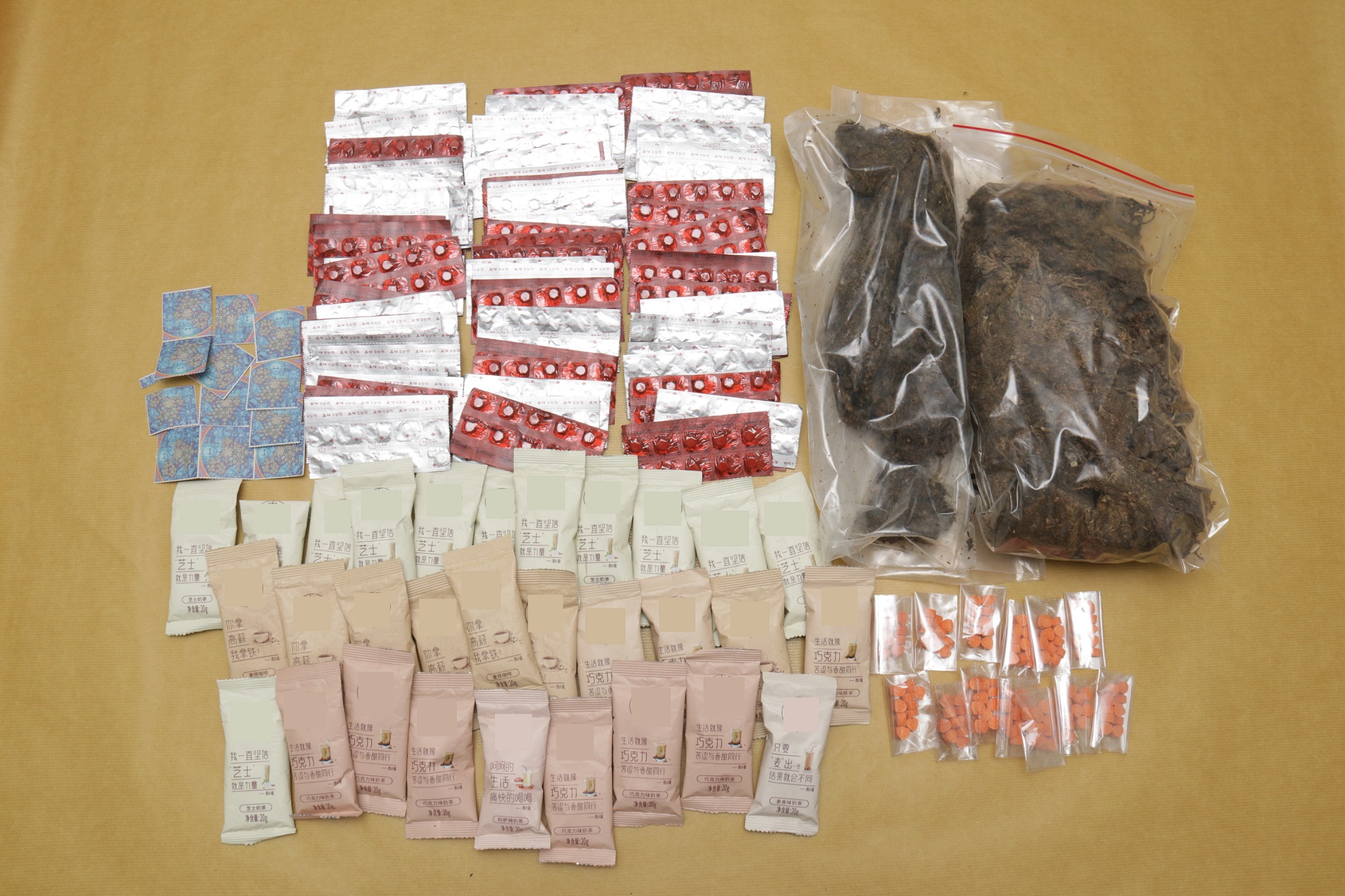 CNB said the cannabis alone would be enough to feed the addiction of 307 abusers.

CNB highlighted that the case demonstrated how syndicates could tamper with food and beverage products to hide drugs and evade enforcement actions.

We will also carry out our duty to prevent unscrupulous offenders from enticing the unsuspecting public and youths to consume these drugs.

CNB also reminded people not to consume any unknown products as they never know what they can contain.

Drugs have no place in Singapore

In attempts to evade the CNB, syndicates have adopted increasingly creative strategies to conceal their drugs.

Thankfully, the authorities work tirelessly to nab them and foil their attempts.

In our fight against drug crimes, members of the public can also contribute by making reports to CNB by calling 1800-325-6666 or at https://go.gov.sg/efeedback2cnb if they have any drug-related information.