Buangkok Cat Passes Away After Alleged Dog Attack, Feeders Had Tried To Rehome Her 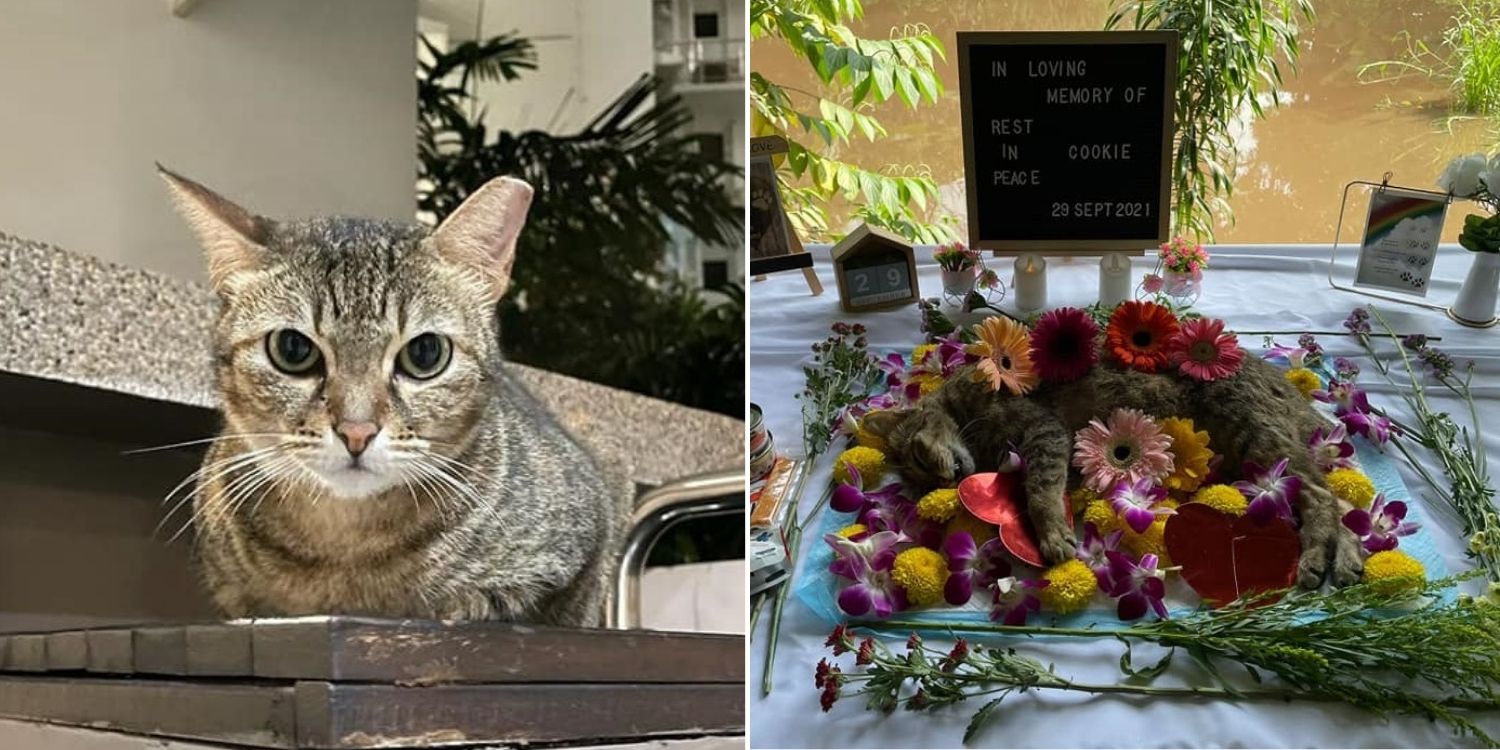 She was the 2nd cat to be attacked in the area in less than 2 weeks.

From time to time we see community cats in our estates and they may bring us some  joy and amusement.

However, we may not realise that living outside isn’t always safe for these animals, and they may face danger from all corners.

Unfortunately, a community cat named Cookie in Buangkok has passed away after being allegedly attacked by a pack of stray dogs. 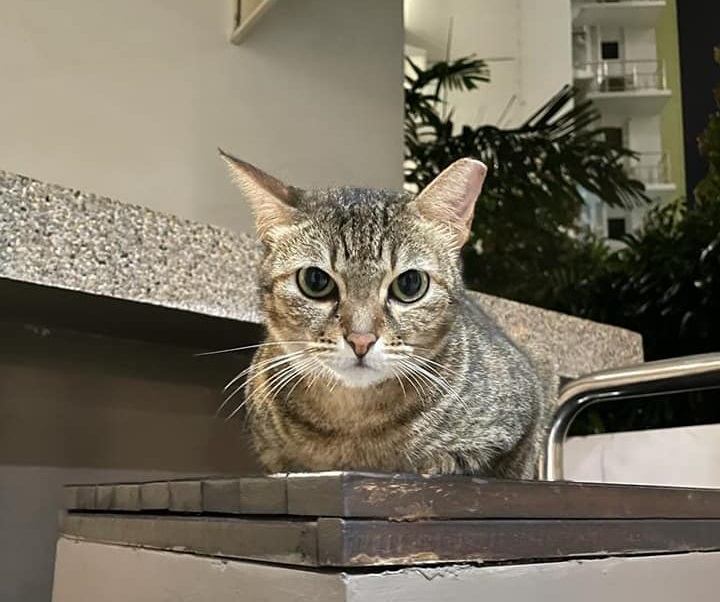 Sadder still, animal lovers were in the process of looking for someone to foster her but couldn’t do so in time.

2nd cat to be attacked there

She was the 2nd cat to be attacked in the same area within less than 2 weeks, she added. 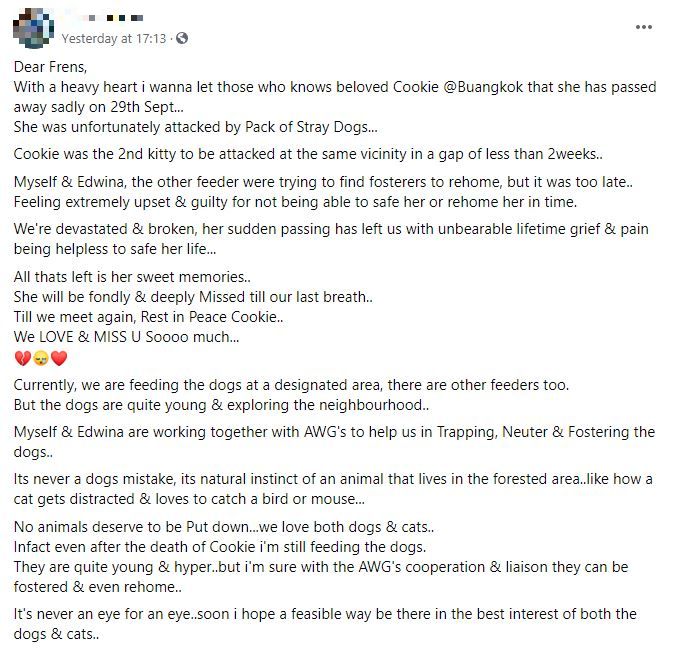 From the photos shared, at least Cookie was given a proper send-off.

Her body was surrounded by flowers, as befitting a cat who brought so much joy to those who loved her. 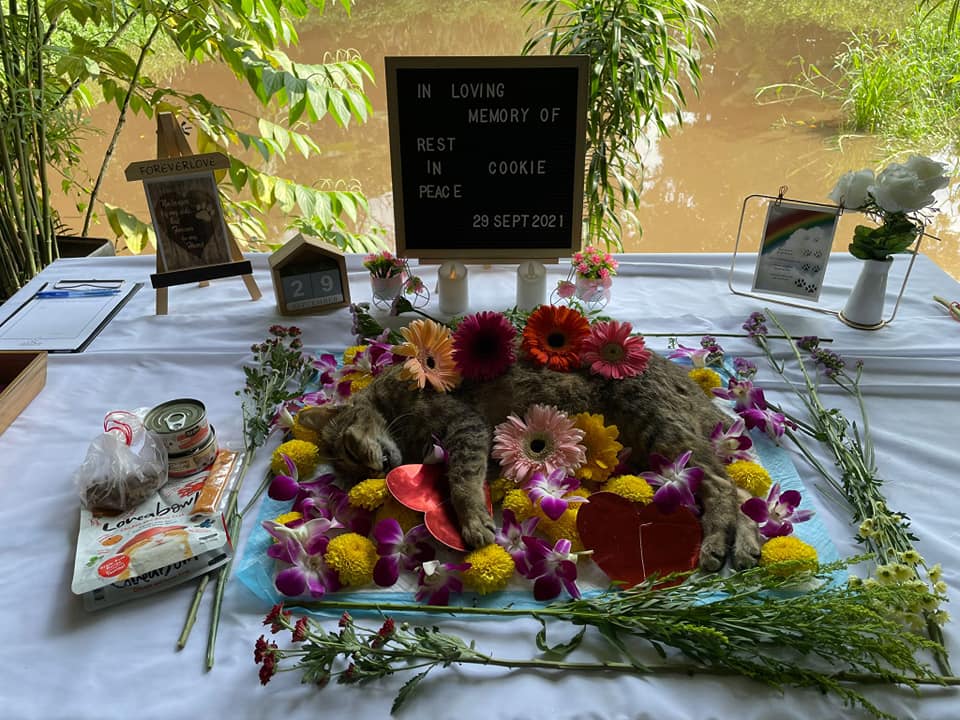 Ms Khan said she and another feeder were “devastated and broken” and filled with grief at the sudden passing.

Guilty over not being able to find her a home

This is especially as they were helpless to save Cookie’s life.

She said they couldn’t rehome her in time, despite trying to find fosterers. 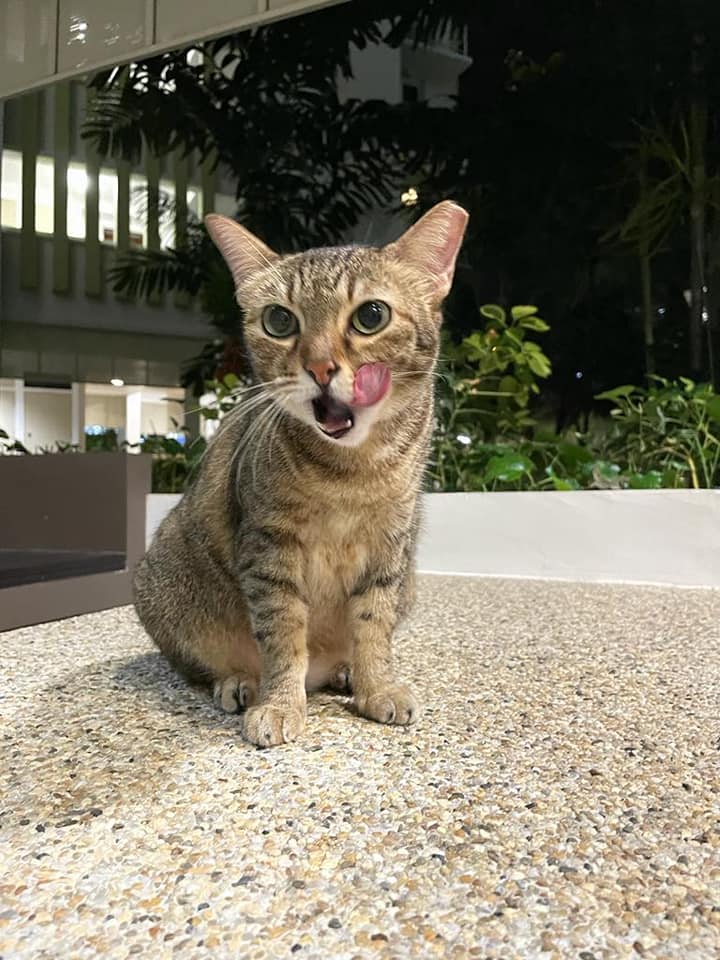 If they had managed to find a home for her, she wouldn’t have been allegedly attacked by dogs – a fact that makes them feel extremely upset and guilty.

She doesn’t blame the dogs

However, Ms Khan is a true animal lover indeed – she doesn’t blame the pack of dogs that allegedly attacked Cookie.

She said it’s never the mistake of a dog that lives in a forested area, for following their “natural instinct”.

In fact, she’s also feeding the dogs whom she said caused Cookie’s death.

No animal deserves to be put down

As the dogs are young and exploring the neighbourhood, they’re quite “hyper”, Ms Khan said.

So she and the other feeder are working with an animal welfare group to trap, neuter and foster them out so they can have homes.

She’s also adamant that no animal deserves to be put down, despite all that happened.

Hopefully, through her efforts, the dogs can be rehomed and won’t have to roam around attacking community cats. 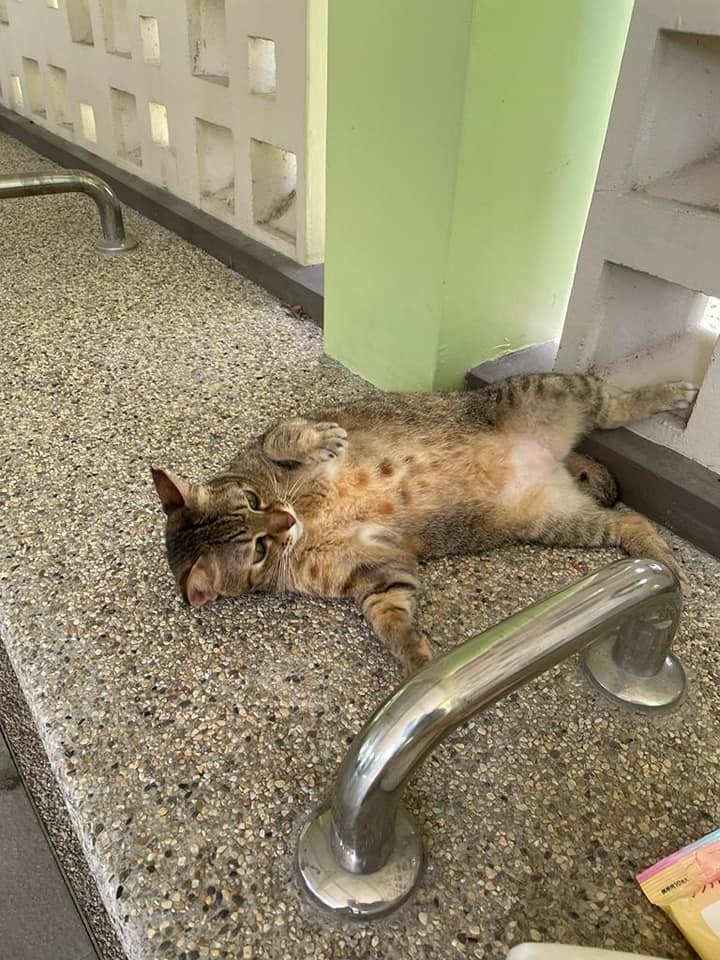 Kudos to Ms Khan and the other feeders for their work in making our community animals’ lives better.

The scores of animals roaming our estates deserve to have proper homes, and besides saving their lives, it’ll benefit residents too.

The loss of Cookie is obviously a painful blow though, and we hope she’ll be consoled by the numerous other animal lives she’s saved.

Our condolences to all who loved Cookie. May she rest in peace over the rainbow bridge.