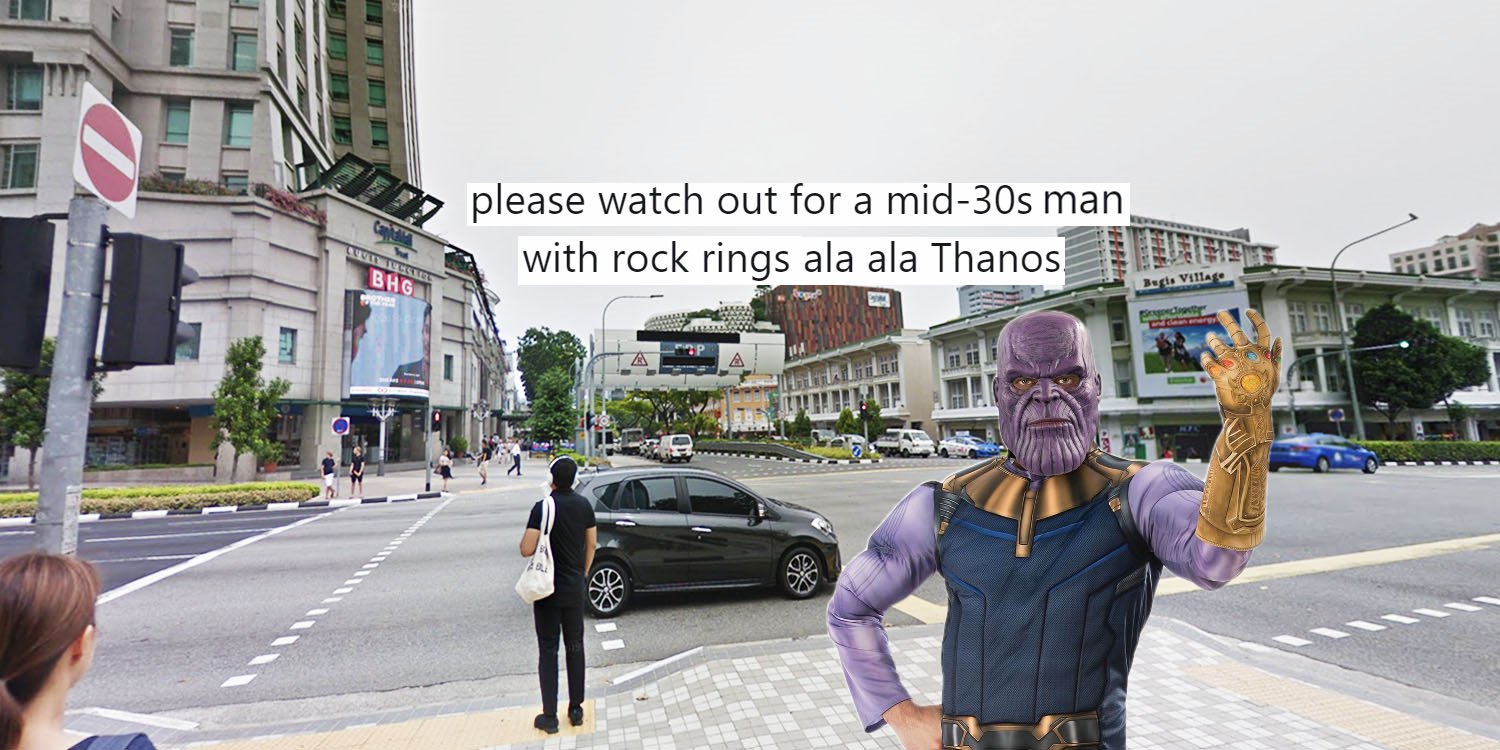 If you’re just starting to feel glad that the makcik keropok urban legend has faded, you might want to hold your sigh of relief.

Rumours of a new mystical figure haunting Bugis have surfaced — a dark-skinned man wearing gem stone rings has allegedly been shaking hands with unsuspecting strangers as a way of spreading spirits to them — according to a netizen’s viral tweet. 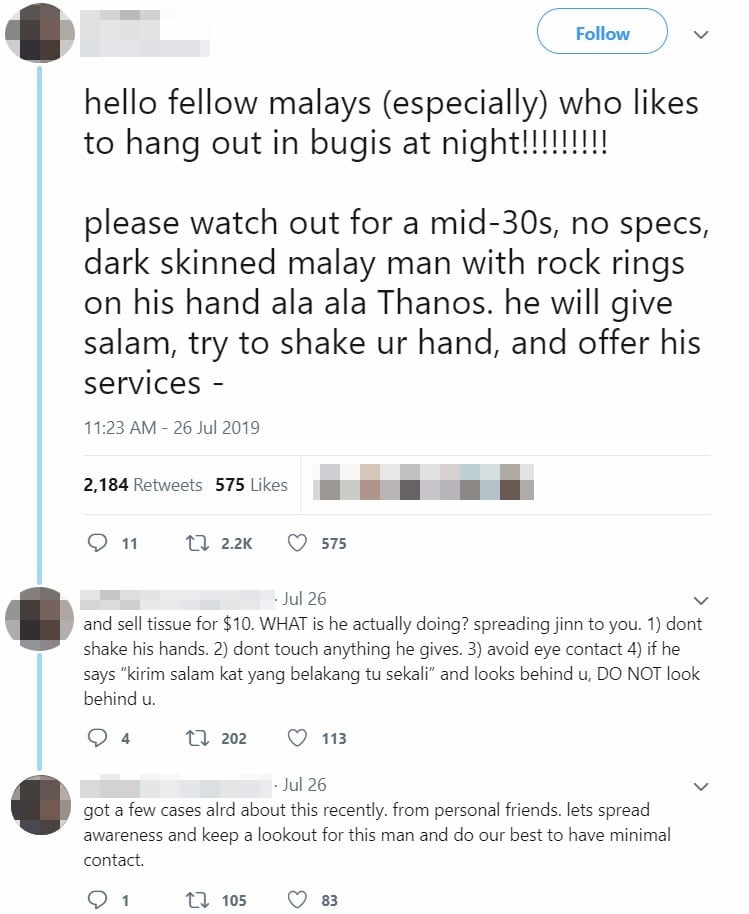 While he directed the Public Service Announcement (PSA) to Malays, anyone who frequents Bugis should take note.

From the description, there’s nothing distinctive about the man, described to be in his “mid-30s” and is “dark-skinned”.

That is, until the netizen points out the “rock rings” on his fingers that make him look like Thanos. 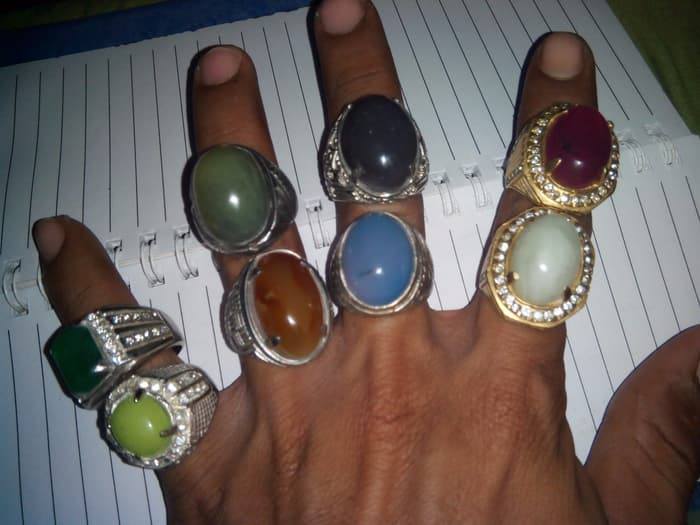 Roaming the streets at night, the man would approach a person and give the salam, or greeting of peace, before trying to shake hands.

He will then offer some tissue packets for $10, but the netizen claims that the business is a mere facade. For $10 tissue packets, it’d better be fake.

According to the netizen who had heard several accounts from close friends, the man is actually supposedly spreading jinns, or magical spirits to whomever he shakes hands with.

Still think it’s a hoax? Multiple Twitter users have responded to the original tweet, confirming that they’ve crossed paths with the man in Bugis too.

People are sharing their experiences from as recently as Sunday (28 Jul).

While some find the Thanos reference amusing, there’s a palpable fear, especially among those who’ve been shooketh by their personal encounters.

Just like Thanos wiping out half the world with a snap of his fingers, the man’s alleged ability to pass spirits to people with a shake of a hand does sound pretty terrifying.

What to do when you see “Thanos man” in Bugis

Rather than panic and run away, here’s what the netizen advises you to do if you see the ‘Thanos man’ in Bugis:

Whether these accounts are 100% true or simply a superstitious paranoia sweeping the nation, it doesn’t hurt to be wary.

But be cautious only when the situation calls for it — don’t run away every time you see a man peddling tissue packets. You wouldn’t want to look like a lunatic.

And you certainly wouldn’t want to deprive an innocent man of his livelihood.