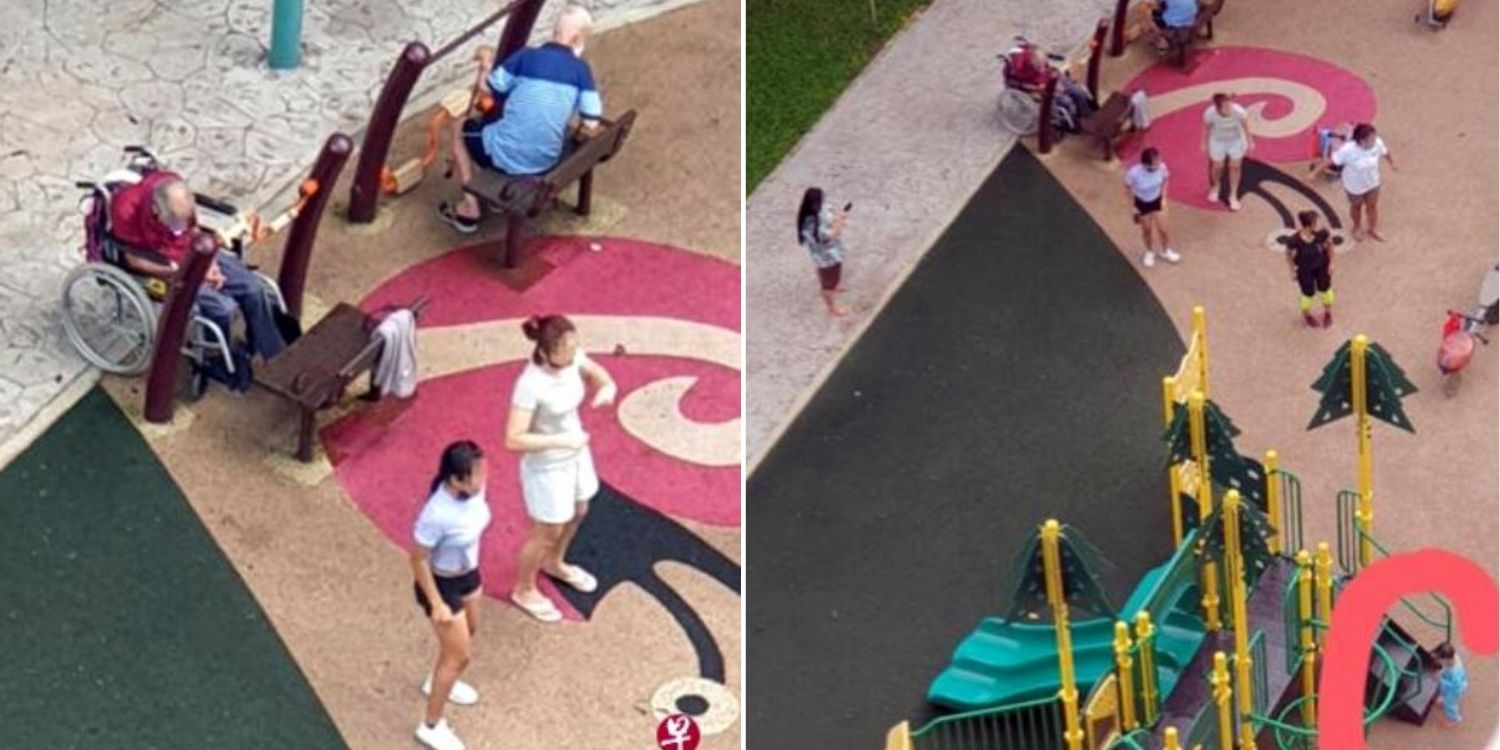 Often the main caregivers, domestic helpers are responsible for ensuring the safety of their wards, who are typically young children or the elderly. Some helpers in Bukit Batok, however, have recently been caught neglecting their roles.

Incriminating photos from residents show them dancing happily, while the old folks were left to fend for themselves. 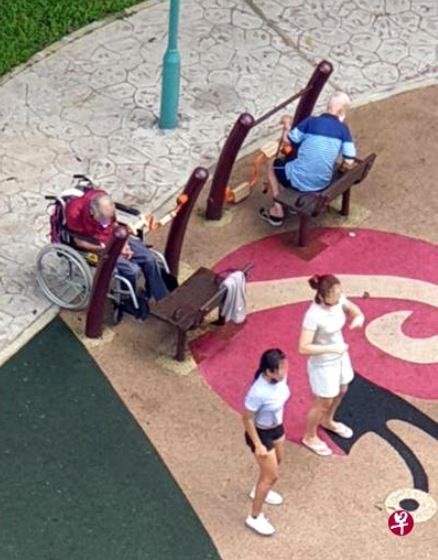 Turns out, they were making TikTok videos, among other leisurely activities.

According to Lianhe Wanbao, a reader who shared the story claimed that the helpers would gather at the playground of 289C Bukit Batok Street 25 every weekday morning.

The five of them would push a few senior citizens in wheelchairs, and bring a young child along.

Photos show the elderly fiddling with the exercise machines while the women were caught up in their revelry. 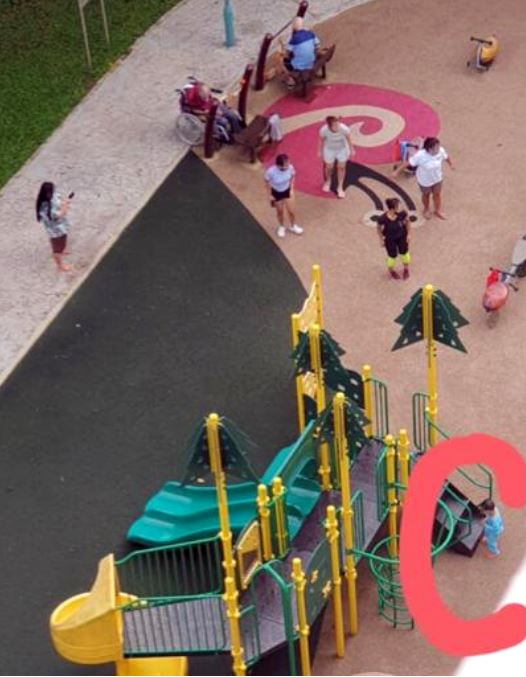 A young child also appears in 1 footage, climbing up some steps without supervision.

One of the helpers whom Lianhe Wanbao managed to track down later confessed her negligence and apologised.

Lianhe Wanbao quoted her explanation that the activities were merely opportune moments for her to exercise, especially when ah gong requests to spend more time downstairs.

Admitting that she would occasionally forget about him while dancing, she promises to be more attentive in the future.

Though the extent of their actions don’t seem severe for now, 1 helper allegedly faced heavy consequences, as her employers decided to let her go.

Lianhe Wanbao reported that they’re in the process of finding a replacement.

The employer apparently reasoned that even the slightest carelessness could lead to bigger problems, especially if they’re taking care of elderly with dementia.

They thus hope that employers and maid agencies will consider such matters seriously.

Hope helpers will be more responsible

While there’s nothing wrong with indulging in leisurely activities, there are appropriate times for them.

We hope that the helpers will be more cognizant of this moving forward and care for their wards more closely.