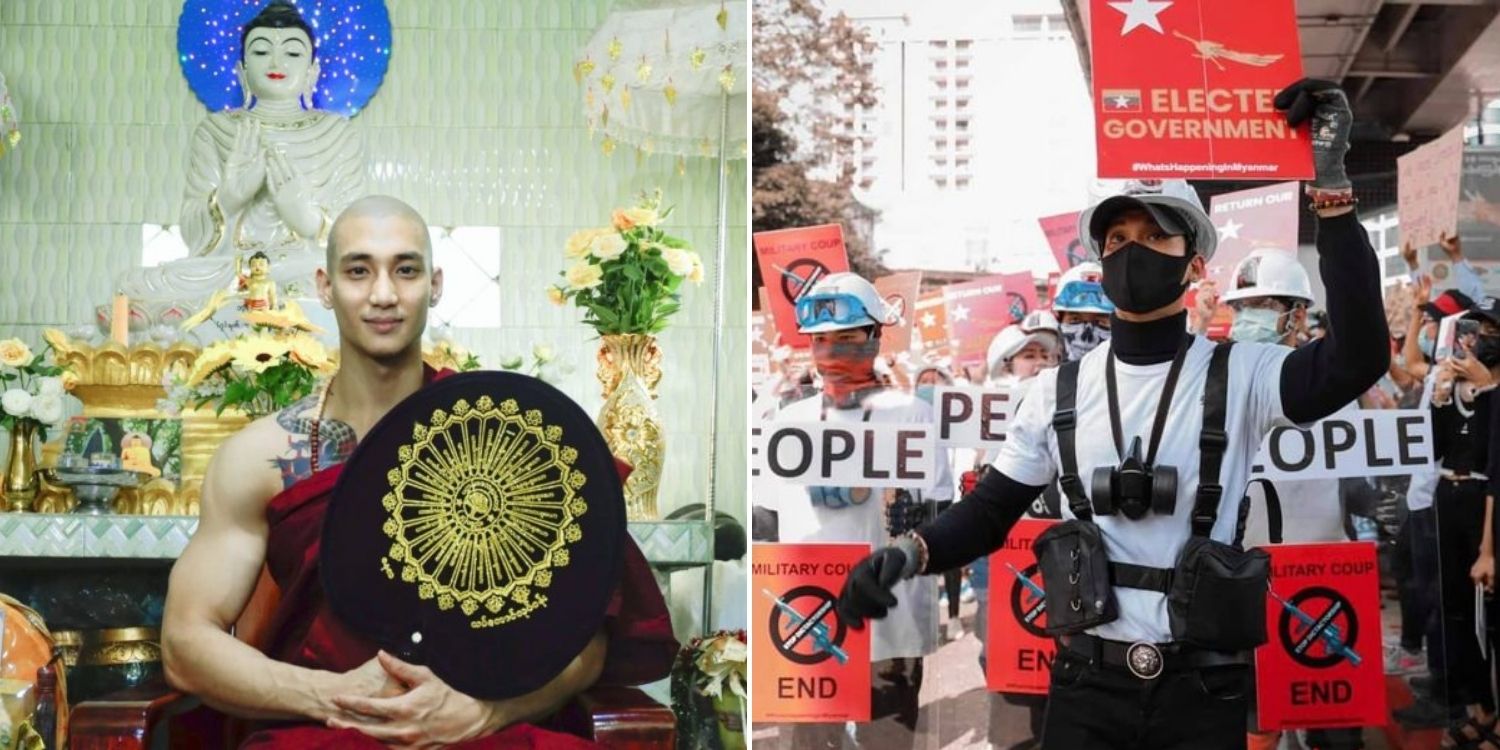 Just 2 months ago, the internet was taken over by an extremely good-looking Burmese monk — Paing Takhon.

But for those who marvelled at his otherworldly fineness, we have bad news for you.

The famous Burmese actor and model had come under arrest on the early morning of 8 Apr by Myanmar’s military junta for his involvement in anti-coup protests.

He was reportedly in poor health even before his detainment, and his social media pages have since been taken down too.

According to his elder sister, Thi Thi Lwin on Facebook, 8 military cars came to arrest him around 5am on Thursday.

At the time, he was at his residence with his sister in the North Dagon area in Yangon.

Ever since 1 Feb, Myanmar has been embroiled in nationwide protests against the juntas who seized the government’s power with a coup.

However, in a brutal crackdown on dissent, the civilian death toll mounts to over 500, with thousands detained.

Amongst the protesters are celebrities like Paing Takhon, who use their vast followings to rally support for democratic movements. 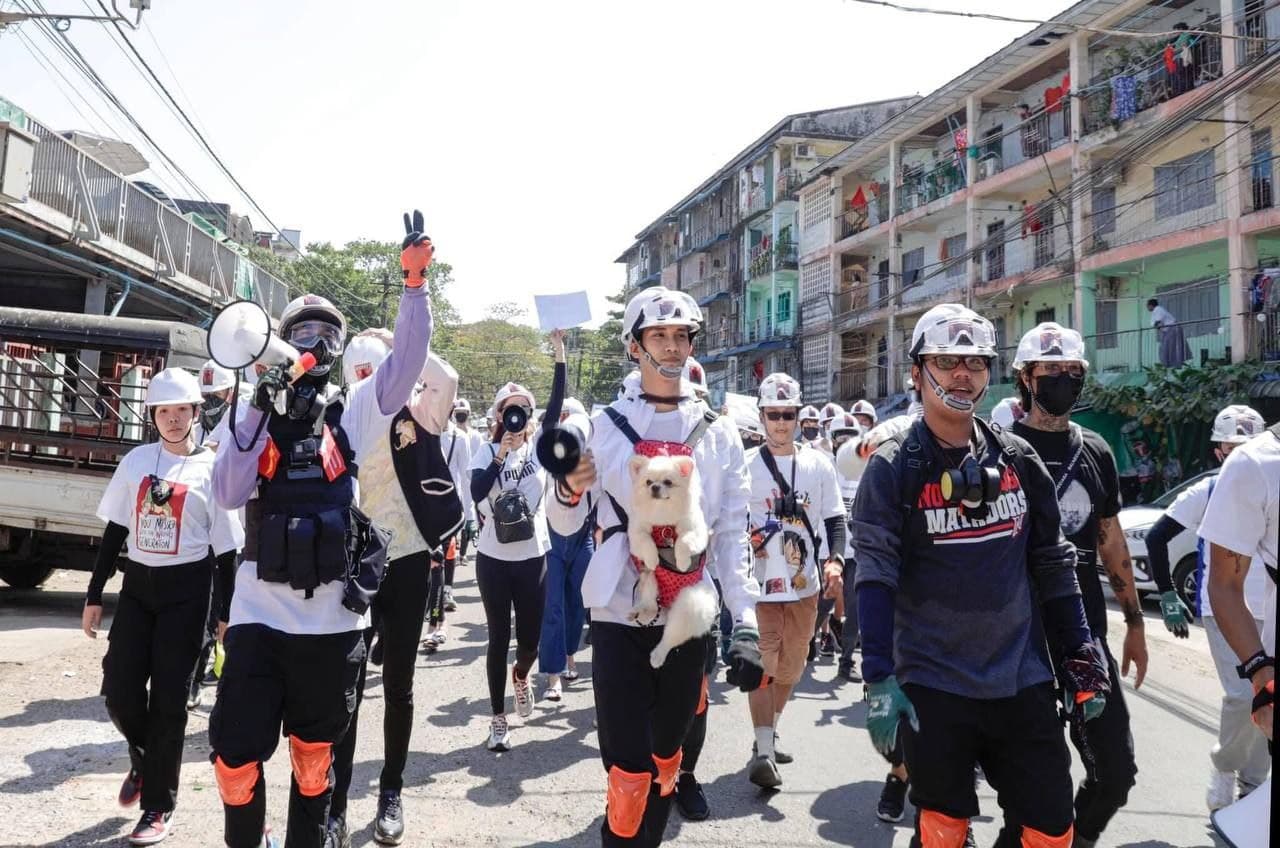 With over a million followers on both Facebook and Instagram, the Burmese actor frequently led protests and was a voice for democracy online. However, this has come to an abrupt halt, as his social media pages have been taken down since his arrest.

To make things worse, according to the actor’s recent social media posts, he’s been struggling with his health.

Posting on Facebook, his sister alleges that he was so sick he couldn’t even stand up during his arrest.

The military reportedly didn’t resort to violence, as the actor was too weak to put up a fight.

Speaking to MS News, a Burmese fan of the actor says that she only hopes he’ll be humanely treated during his detainment.

As the actor’s social media pages have been disabled, it’s now difficult to get updates on his status.

As such, we hope that he can remain unharmed, wherever he is, and that can be released soon.