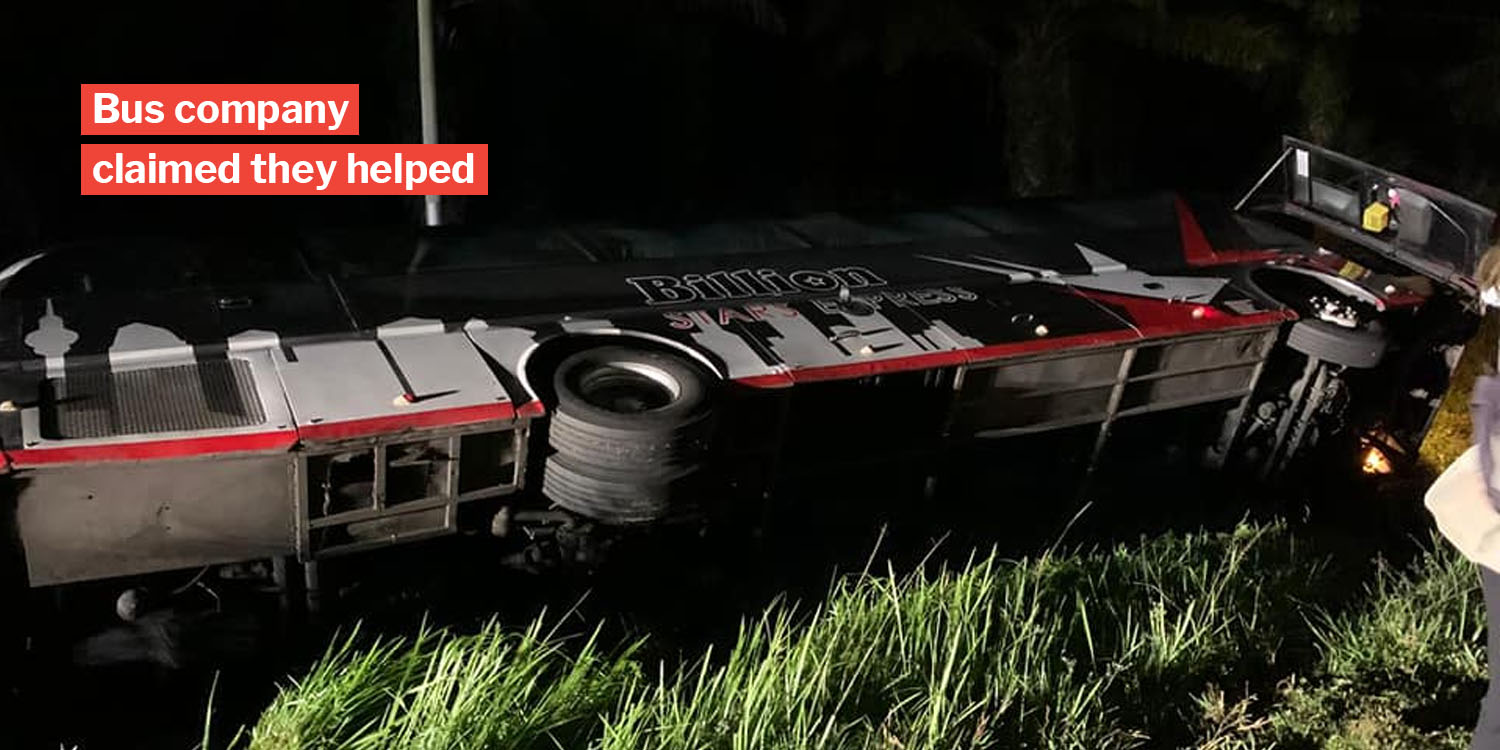 Bus Company Claim They Have Provided Necessary Assistance To Passengers

UPDATE (28 Nov): A spokesperson from Billionstars Express has reached out to MS News to address the incident. The article has been updated below to reflect the latest development.

What was supposed to be a blissful vacation for a group of Singaporeans turned out to be a nightmare.

A group of friends were travelling to Kuala Lumpur via bus but their plans were disrupted no thanks to an accident.

The bus they were on somehow careened off the road and landed on its side in the wee hours of the morning last weekend. 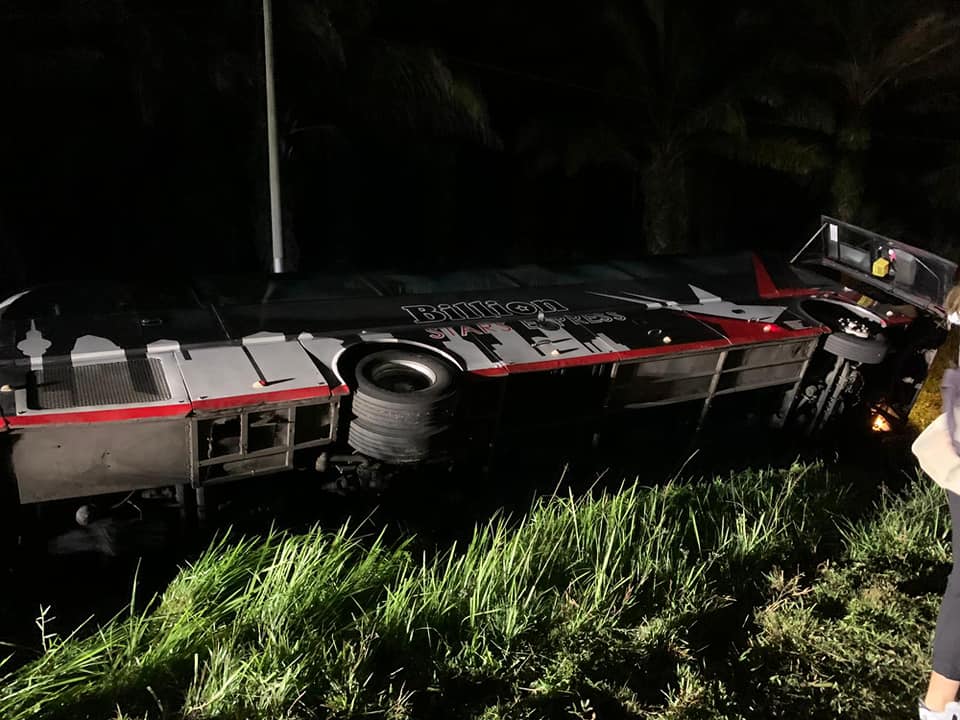 One parent found out that the bus driver allegedly did not sleep for 3 days.

To make matters worse, the bus company did not contact the passengers to ask about their injuries.

Accident happened while bus was going to KL

Disgruntled parents of the kids involved in the accident have since taken to Facebook to appeal for justice.

According to this parent, the company, Billionstars Express was not even contactable. Neither did they check up on any passengers for injuries. 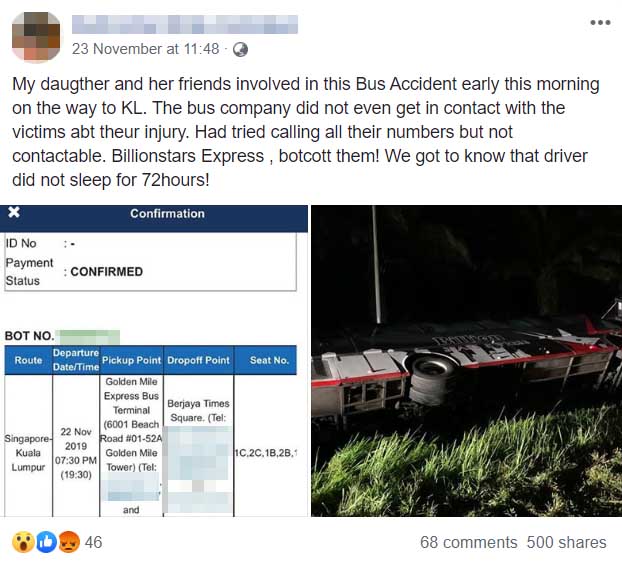 She even pointed out a rather appalling fact, if it were indeed true,

We got to know that driver did not sleep for 72 hours!

Another netizen concurred, saying that Billionstars took “no ownership towards the accident… not even an apology”. 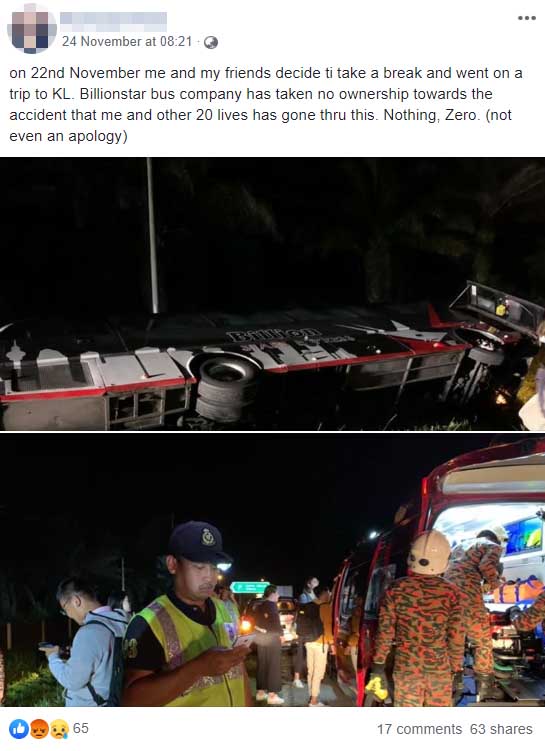 Fortunately, she only suffered minor injuries — multiple bruises and cuts.

Claiming that the viral Facebook post is spreading “false information and/or allegations”, a spokesperson from Billionstars Express explained that the company tracks all their buses via GPS.

They also ensure that all drivers receive enough rest before their next trip by allocating only specific driving hours to them.

Vaguely acknowledging the incident, Billionstars Express said they “regret that the incident happened” and wish the casualties a speedy recovery.

The company assured that they have “provided the necessary assistance” to the passengers, and hopes people will stop spreading false allegations.

It’s good to know that there were no fatalities in the accident.

We hope all injured passengers will make a swift recovery.