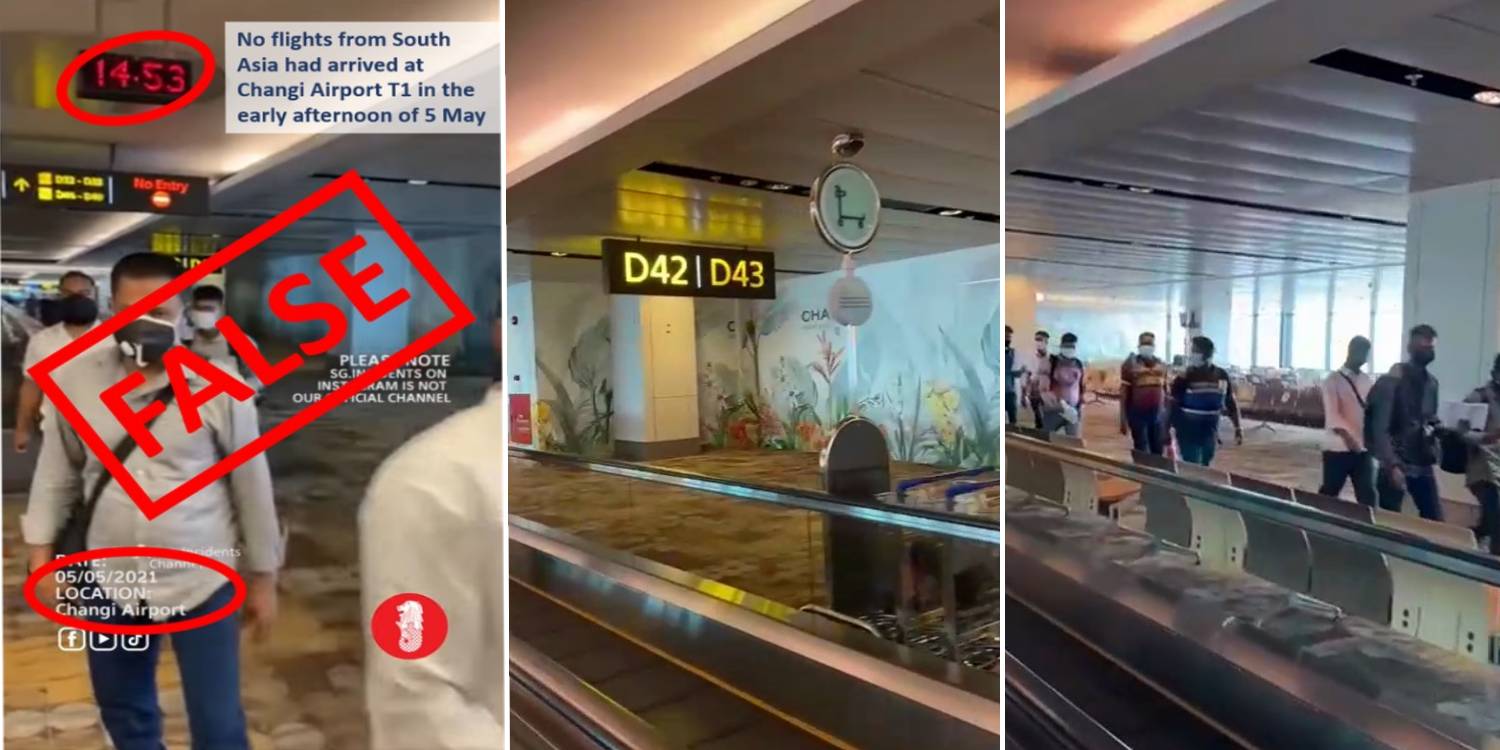 Take everything with a pinch of salt on the interwebs.

Fake news and misinformation can be awfully easy to spread these days through social media.

Yesterday (5 May) a video showing what appears to be South Asians entering Singapore at Changi Airport started spreading on social media.

This puzzled many Singaporeans as the government had banned long-term pass holders and short-term visitors arriving from India from 11.59pm on 23 Apr.

Thankfully, the Civil Aviation Authority of Singapore (CAAS) stepped in to debunk the video, which was apparently dated 5 May.

The organisation gave a myriad of evidence in a Facebook post that shows the video was not filmed on 5 May as purported.

The video published by Singapore Incidents has since been removed from their page.

CAAS stated that no flights arrived from South Asia in the early afternoon of 5 May. 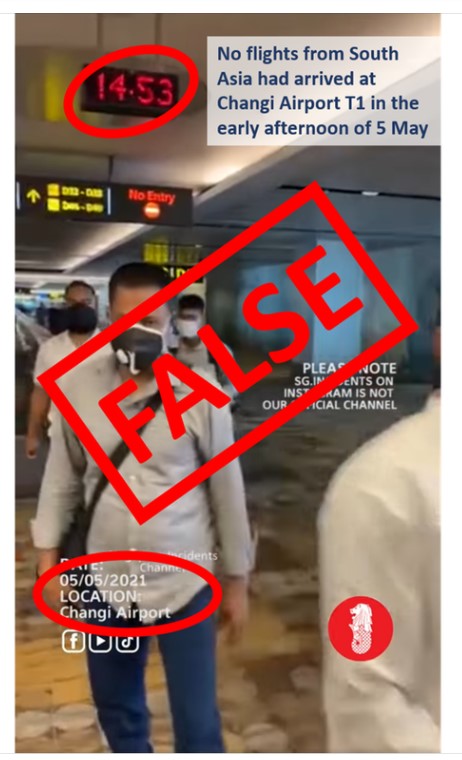 As seen in the photo, the time of the video was taken at 2.53pm.

Checks by MS News showed that there were indeed no flights arriving from India on 5 May at Terminal 1 in the early afternoon.

In fact, a flight arriving from Hyderabad was cancelled. For more information on the Terminal 1 flights on 5 May, click here.

Secondly, there was the footage of passengers walking past a renovation hoarding at gate hold room D42/43 in Terminal 1. 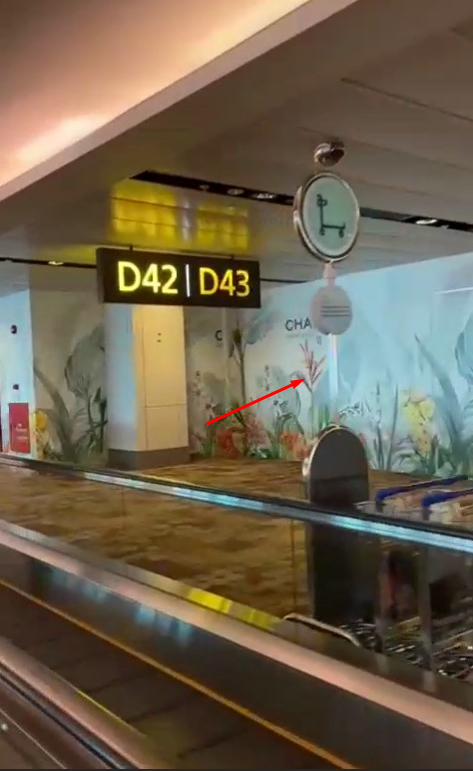 According to CAAS, the renovation hoarding of gate D42/43 was removed before 5 Apr.

This shows that the video was definitely not taken on 5 May, after the ban.

While long and short-term pass holders are banned from entering our little red dot, flights from India carrying Singaporean citizens and Permanent Residents (PR) are still allowed in, according to the Ministry of Foreign Affairs (MFA).

These travellers will have to be quarantined for 21 days at a Stay-Home Notice (SHN) designated facility.

In addition, they are required to take 3 Covid-19 swab tests — once on arrival, the second on day 14, and the last one on day 21, before the SHN ends.

Combat the spread of misinformation

While it’s understandable that everyone’s slightly more paranoid now of the pandemic due to the influx of imported and community cases, we should try our best to fact-check before spreading misinformation.

Misinformation results in fear-mongering, which would ultimately lead to more chaos which would not be beneficial to society.

Besides continuing to adhere to safe distancing protocols, we can also do our part by not spreading videos which may be misleading.