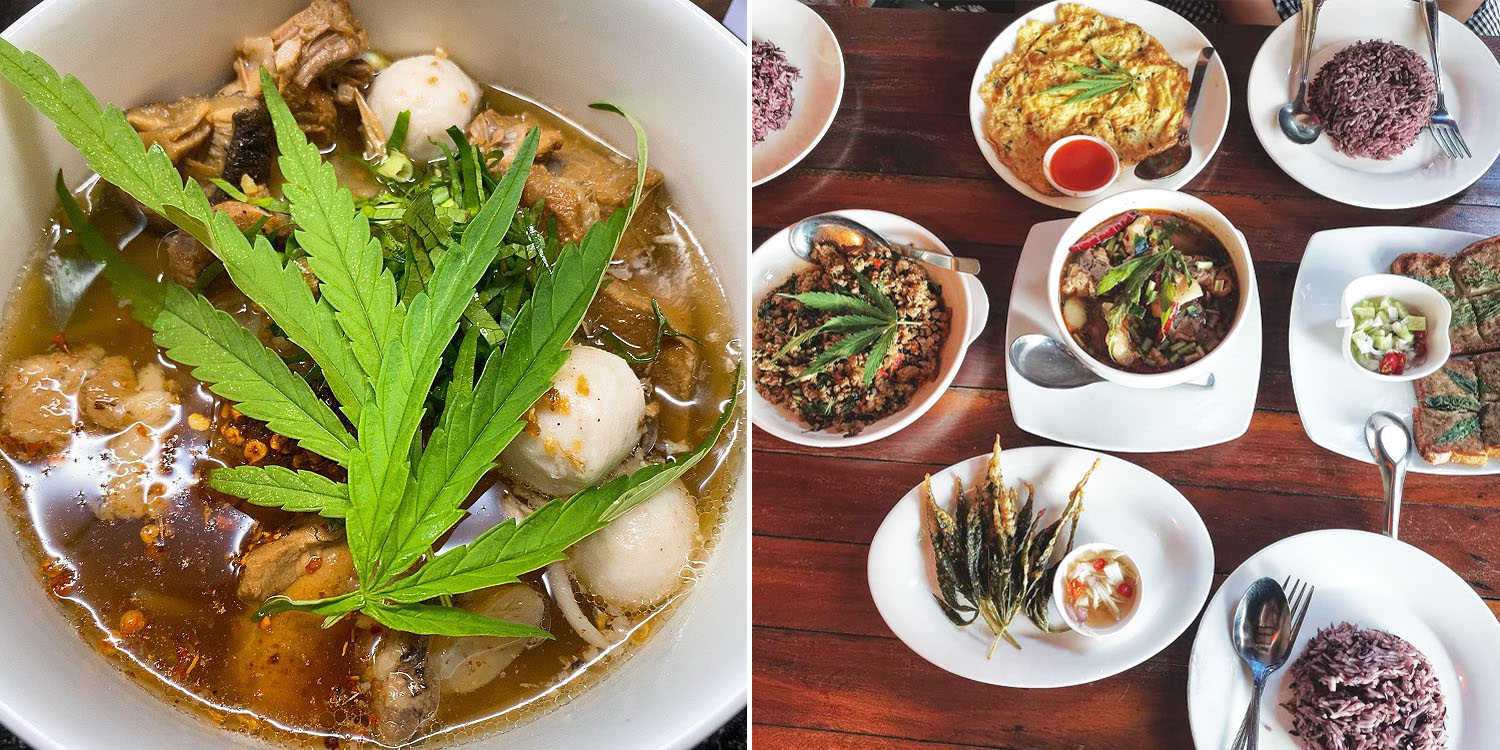 Since the legalisation of cannabis in Thailand, Singapore authorities have repeatedly reminded Singaporeans that consuming drugs, even outside of the country, is an offence.

While many took this warning seriously, some found themselves in another predicament — identifying food products infused with cannabis. 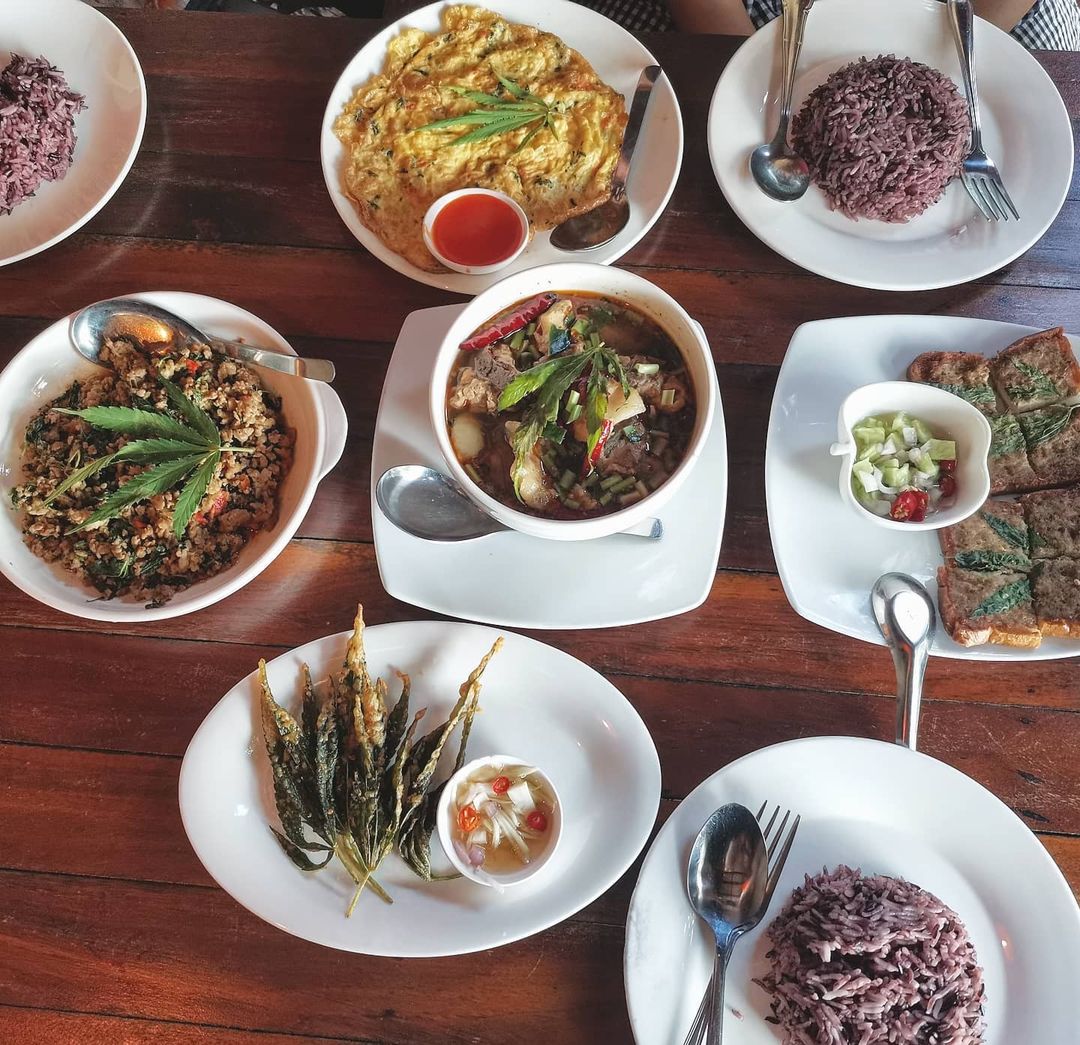 This comes especially as cannabis and its related products become increasingly rampant and accessible in Thailand.

Besides food trucks and cannabis stores, they can even be found in restaurants and convenience stores.

Back in July, housewife Sueanne was on a holiday with her husband, mother-in-law and two children in Chiang Rai.

One night, when they were dining at their hotel restaurant, they ordered a noodle soup dish. Finding it tasty, they ordered the same dish again for breakfast.

But this time, when Sueanne took a closer look at the menu, she noticed a small cannabis leaf next to the image of the dish.

There was no other indication of the cannabis in the dish’s name or description.

She shared with The Straits Times (ST) that the family was shocked to learn that the drug could be in such an “ordinary dish”.

Sueanne said if she knew, she would not have ordered the dish, noting that it was lucky her children had not tried it.

She elaborated that the cannabis was boiled in the soup like any other vegetable and “looked just like kangkung”.

Nonetheless, she did not feel any side effects of the drug after the meal.

Speaking with Shin Min Daily News, a 32-year-old Singaporean under the pseudonym of Anderson, who is currently on holiday in Phuket, said cannabis products could be found everywhere.

In the tourist area along Patong Beach, four cannabis specialty stores can be found within a 1km stretch. 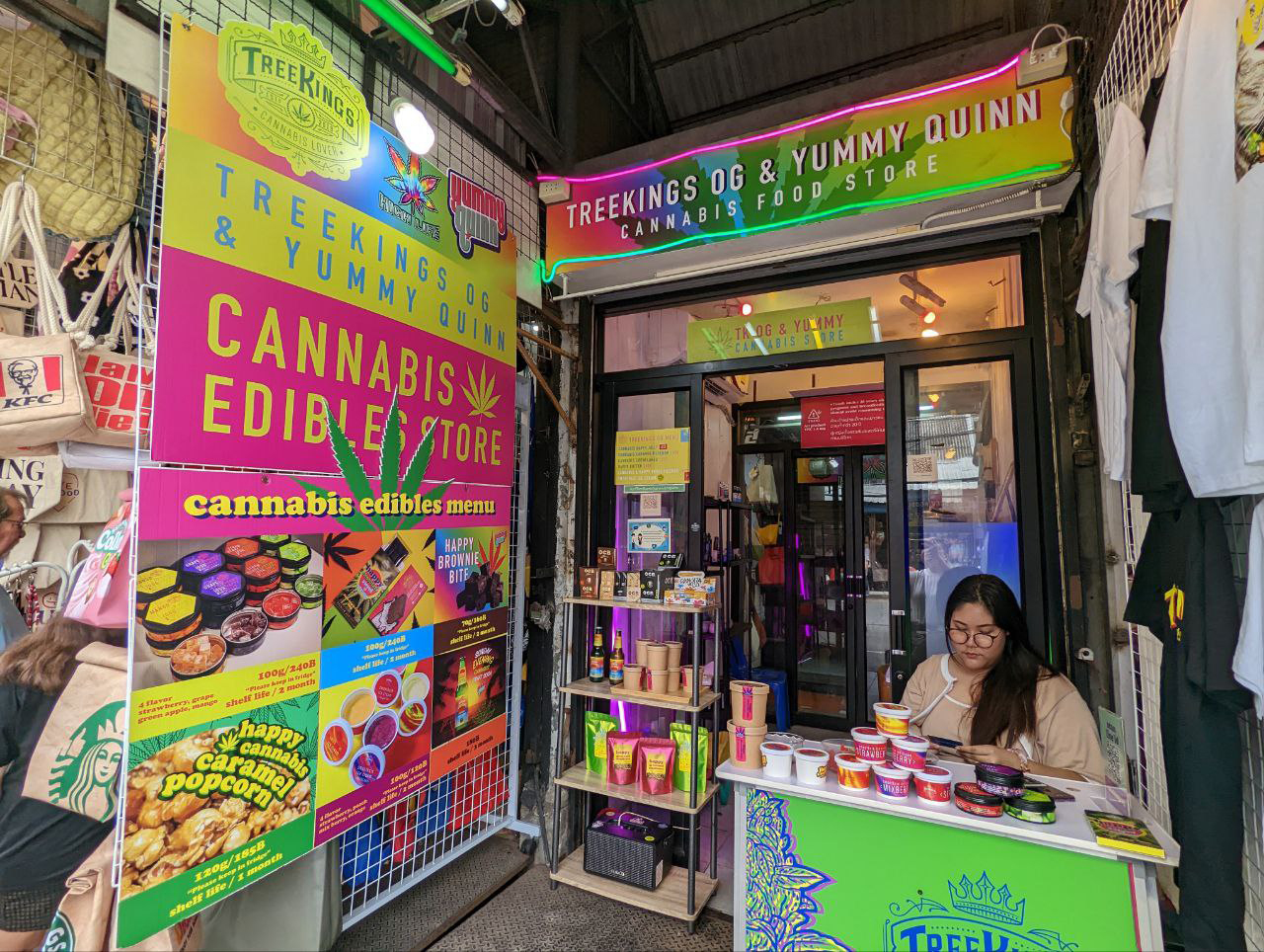 Such products can also often be found in bars, restaurants, convenience stores, and supermarkets.

These products will often be marked and differentiated from other food.

Anderson himself ordered a cannabis syrup cocktail in a Phuket bar for S$10 (280 baht).

He believes the percentage of cannabis in it was kept low, and there wasn’t much to worry about.

However, Anderson said most cannabis specialty stores do not do stringent checks on customers.

Usually not an offence to accidentally consume drugs

Thailand was the first Southeast Asian country to legalise medical marijuana in 2018. Since then, restrictions have eased, and Thailand allowed the use of cannabis in food and drinks in 2021.

This is under the condition that the amount of tetrahydrocannabinol (THC) – the chemical which gives users the “high” – does not exceed 0.2% of the product’s weight.

In 2022, Thailand then allowed people to grow and possess cannabis and hemp plants.

According to ST, in recent years, cannabis products and dishes have become increasingly common in Thailand. Laws state that retailers and vendors have to explicitly label or inform buyers that there is cannabis in their products.

However, Singaporeans who travel to the country still have concerns about the rampant presence of the drug and how they might be implicated.

To assuage such travellers’ worries, some stores in tourist spots, such as Chatuchak Market, put up signs saying cannabis is not allowed on the premise.

Previously, the Central Narcotics Bureau (CNB) said, “(Under) the Misuse of Drugs Act, any Singapore citizen or permanent resident found to have consumed controlled drugs outside Singapore will also be liable for the drug consumption offence”.

The bureau said officers regularly conduct checks at checkpoints to prevent such incidents.

But earlier in September, Law and Home Affairs Minister K. Shanmugam assured Singaporeans that it is usually not an offence if drugs are consumed unwittingly or unknowingly.