We all need to make a living to survive.

For some elderly, this involves collecting cardboard and other recycled goods to afford their basic needs. But how much do they earn from the day-to-day grind?

In a Facebook post, Happy People Helping People Community shared the plight of elderly cardboard collectors as prices dropped to 4 cents per kilogram.

If you were curious about how much cardboard collectors earn today, here are some receipts.

A Facebook post revealed the receipts Ang Mo Kio elders received for collecting recycled goods and selling them to the karung guni towkay. 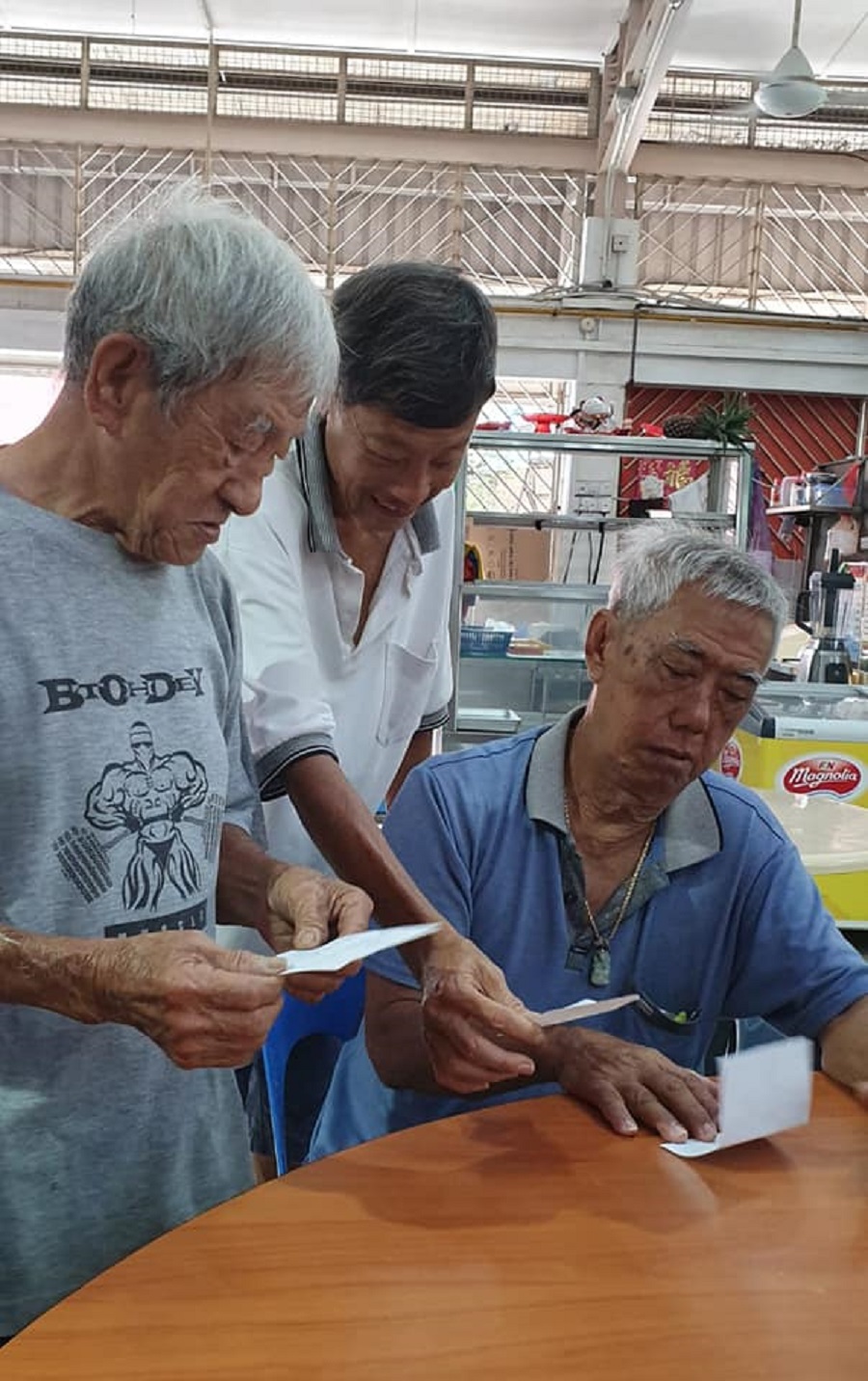 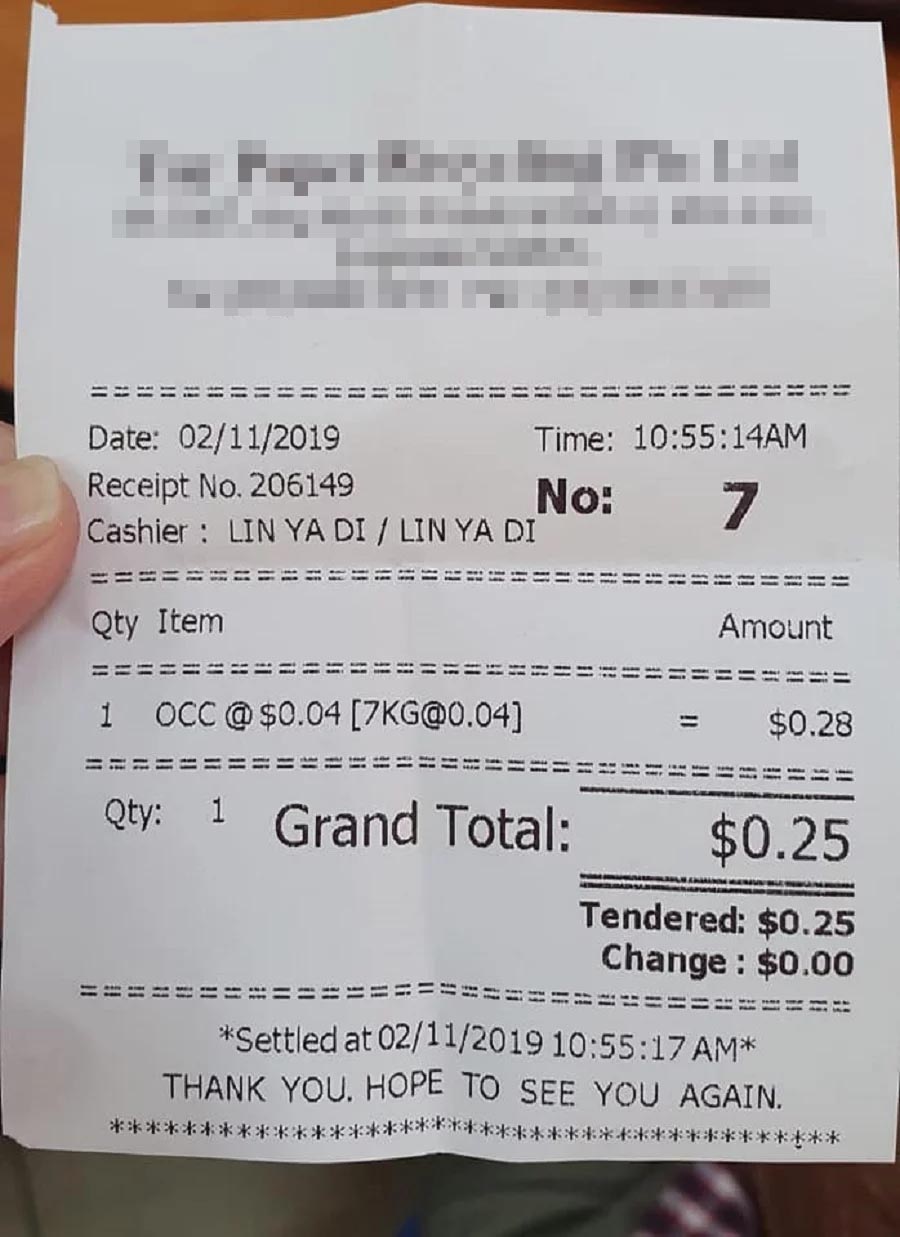 On Sunday (3 Nov), the elder received between 5 cents to 15 cents per kg for newspapers, cardboard and other recycled goods.

Another receipt revealed they got S$3.45 in exchange for 23kg of items, which is equivalent to 15 cents per kilogram.

The money they earn is nowhere near a decent wage.

According to Lianhe Zaobao on Thursday (7 Nov), the prices of cardboard have dropped over 50%. Originally, collectors were able to earn about $1.30 per kg.

Now that they’re earning as low as 4 cents per kg, it looks like the situation is bleak. 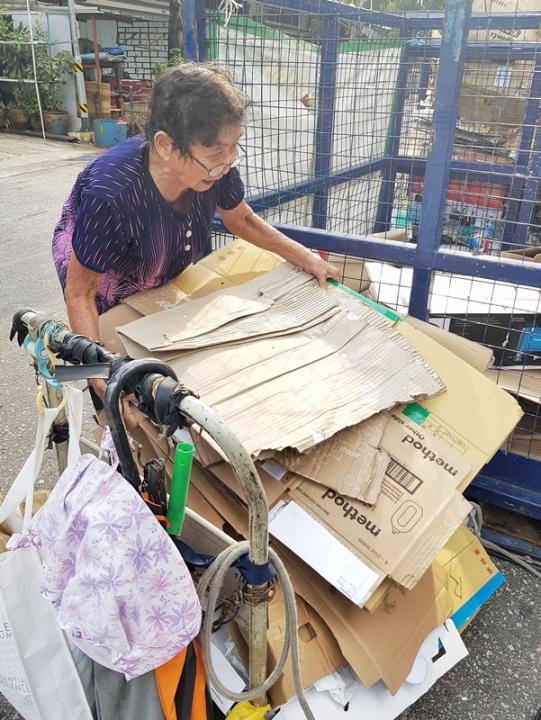 When interviewed by Lianhe Zaobao, the karung guni towkay in Ang Mo Kio reveals that he’s actually running business at a loss.

It’s only for the sake of preserving the elderly’s rice bowls, that he continued to trade cardboard pieces.

The towkay further related that he has 3-4 branches across the island, with over a hundred of people coming to sell cardboard pieces everyday.

The comments section was filled with locals brainstorming ideas so the elderly could make more money.

A netizen shared that vending machines that collect recycled bottles gave out 5 cents per bottle. A bottle could earn them more profit than a kilogram of recycled goods. Another suggested that locals could buy cardboard boxes from collectors when moving homes. Instead of buying them for $2 per piece from sellers, he gave the uncle $10 for 10 cardboard boxes.

Another shared that he gave his used cardboard to the elderly collectors. In turn, the elders would smile and thank him.

The struggle of retirement

Some wish that they could earn a living wage forever, but our health will decline someday.

According to The Straits Times, the average life expectancy of Singaporeans is about 85 years old. The data shows that retirees must spend at least S$1,200 per month to survive.

If they retire in their 60s, they will need to prepare themselves for more than two decades of expenses. A CPF could provide them with money but it might not be enough.

The situation is unfortunate for the growing elderly population in the city.

How can elders earn some money? Share us your thoughts in the comments below.