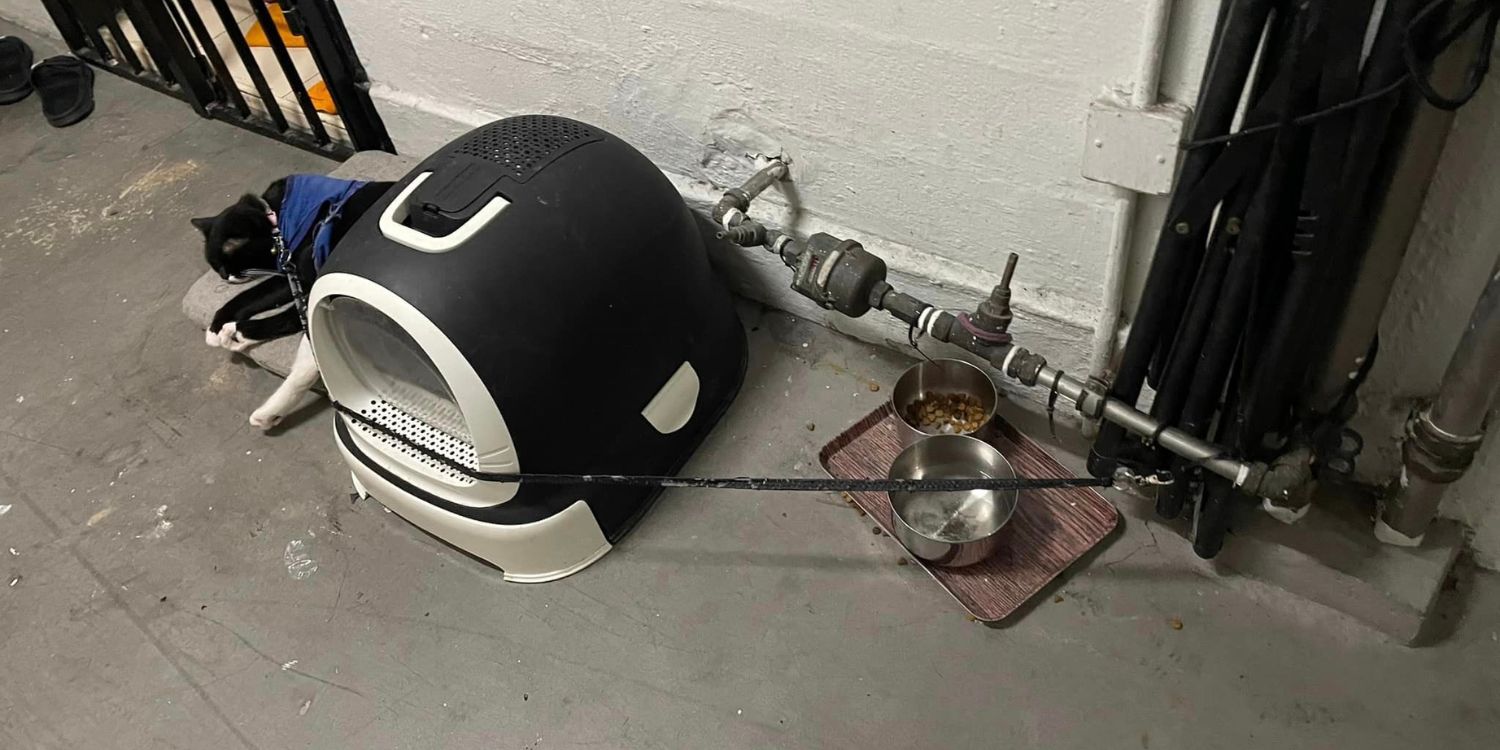 The OP shared that the leash was relatively short and secured too tightly around the feline's neck.

Pet owners have the responsibility of taking care of their pets’ well-being, including ensuring that their furry companions have the freedom to move around.

The supposed owner of a black-and-white cat recently came under fire after the feline was spotted leashed to a pipe along an HDB corridor. 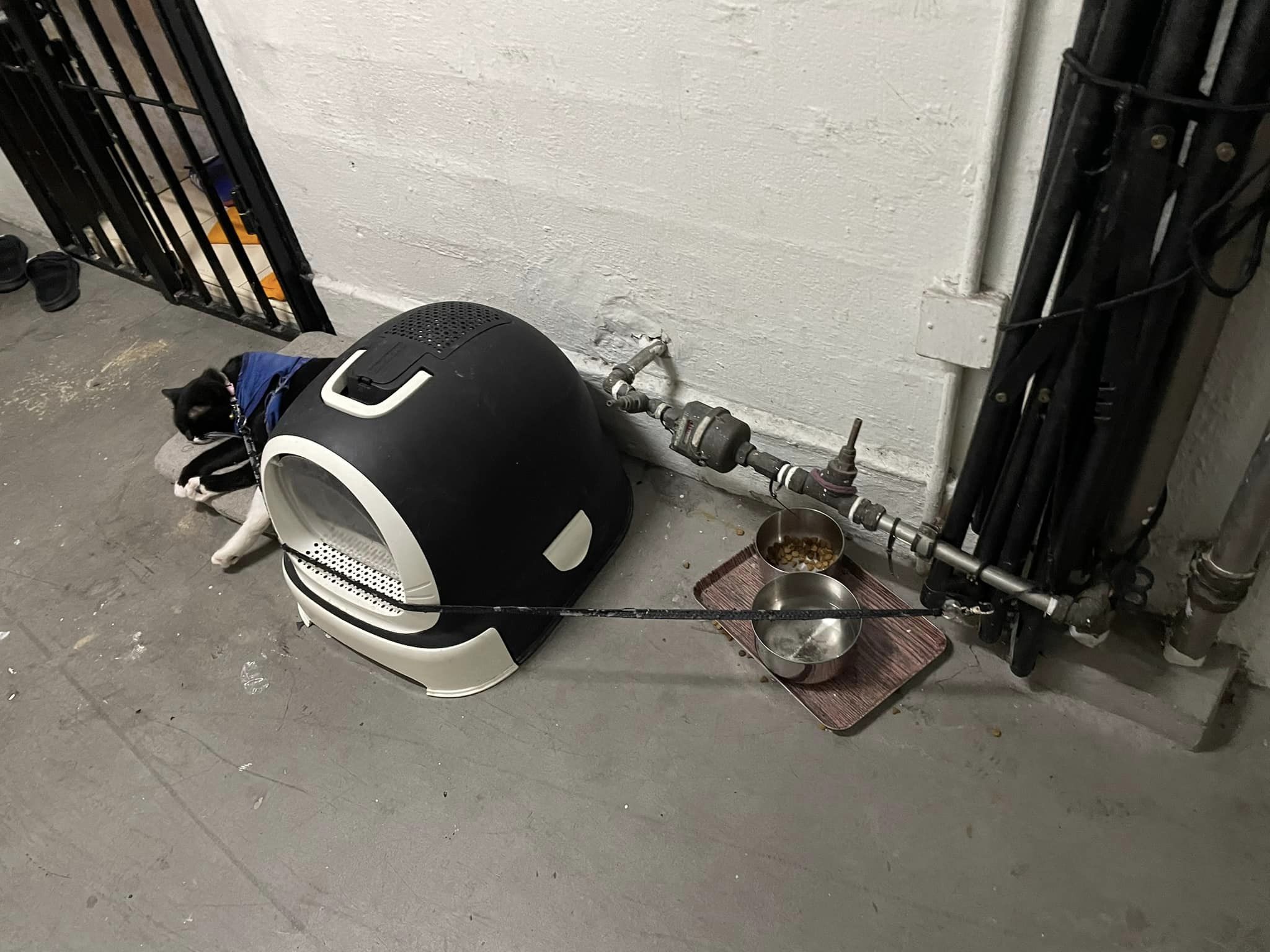 A passer-by spotted the pitiful scene in Bukit Merah and shared images of the leashed cat on Facebook.

As the pictures circulated online, netizens poured in to appeal for rescuers to sweep in and save the poor cat.

On Tuesday (24 Nov), a netizen named Priscilla Tan shared various pictures of a leashed cat along an HDB corridor in Bukit Merah.

According to Ms Tan, the cat’s leash was relatively short and secured too tightly around the cat’s neck. 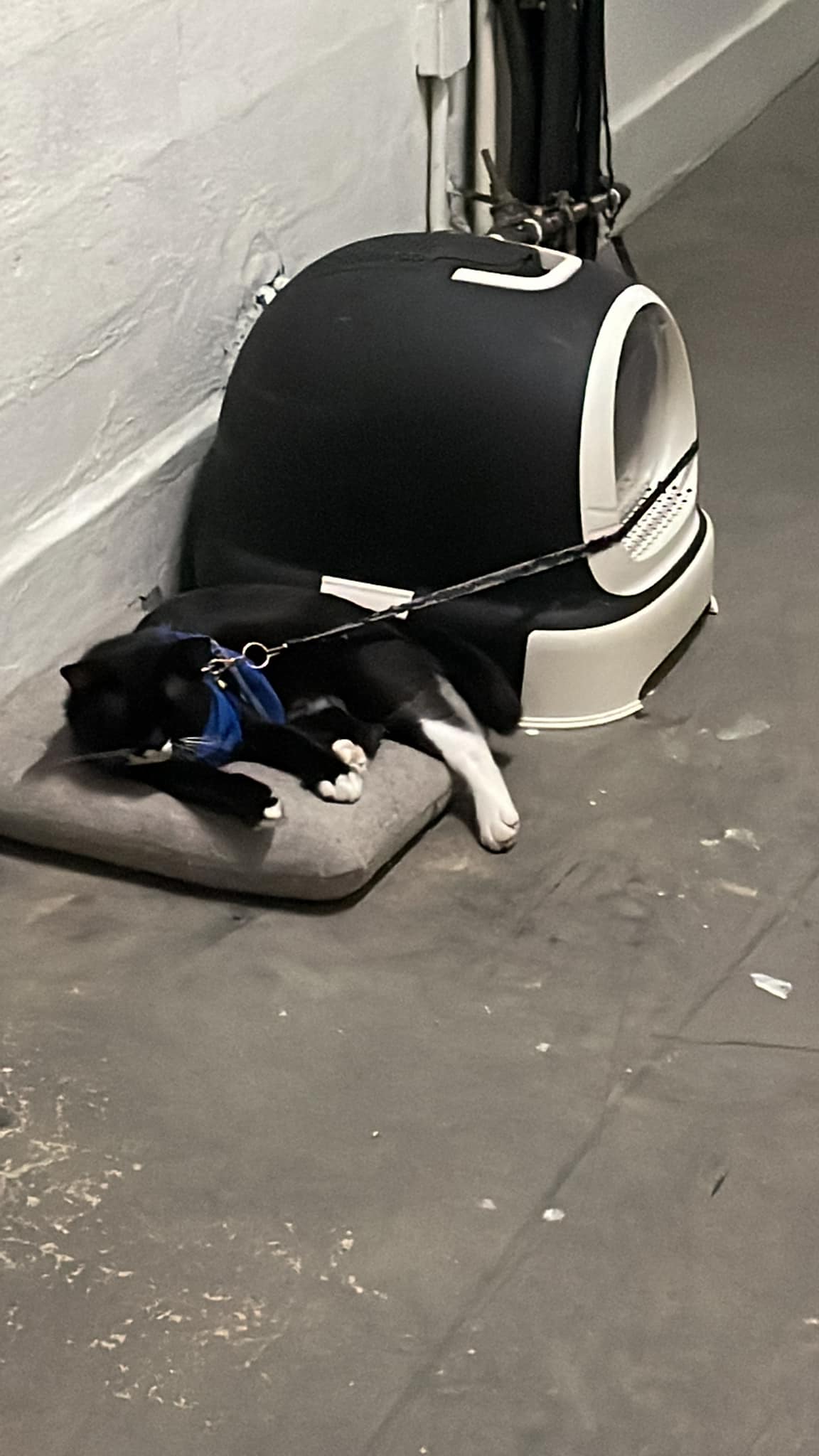 In the accompanying caption, Ms Tan shared that she had spoken to the cat’s owner before and learned that she owns a dog.

In the past, the owner had also allegedly owned a pregnant female cat and had the feline give birth “outside”.

Ms Tan added that the cat did not receive care during her delivery and eventually passed away.

Netizens have expressed concern for the cat’s well-being, with many calling for the owner to give it up for adoption.

One netizen is seemingly begging for someone to come in and rescue the poor cat from its plight.

Another netizen claimed that the HDB flat is notorious for bad owners, adding that she had picked up another cat from the area that was ridden with fleas.

After doing so, she was allegedly harassed by members of the neighbourhood.

Ms Tan also shared that the owner’s direct neighbours dared not approach them as the owners would “behave like gangsters”.

MS News has reached out to Ms Tan for comment on the matter and will update the article accordingly when she gets back.