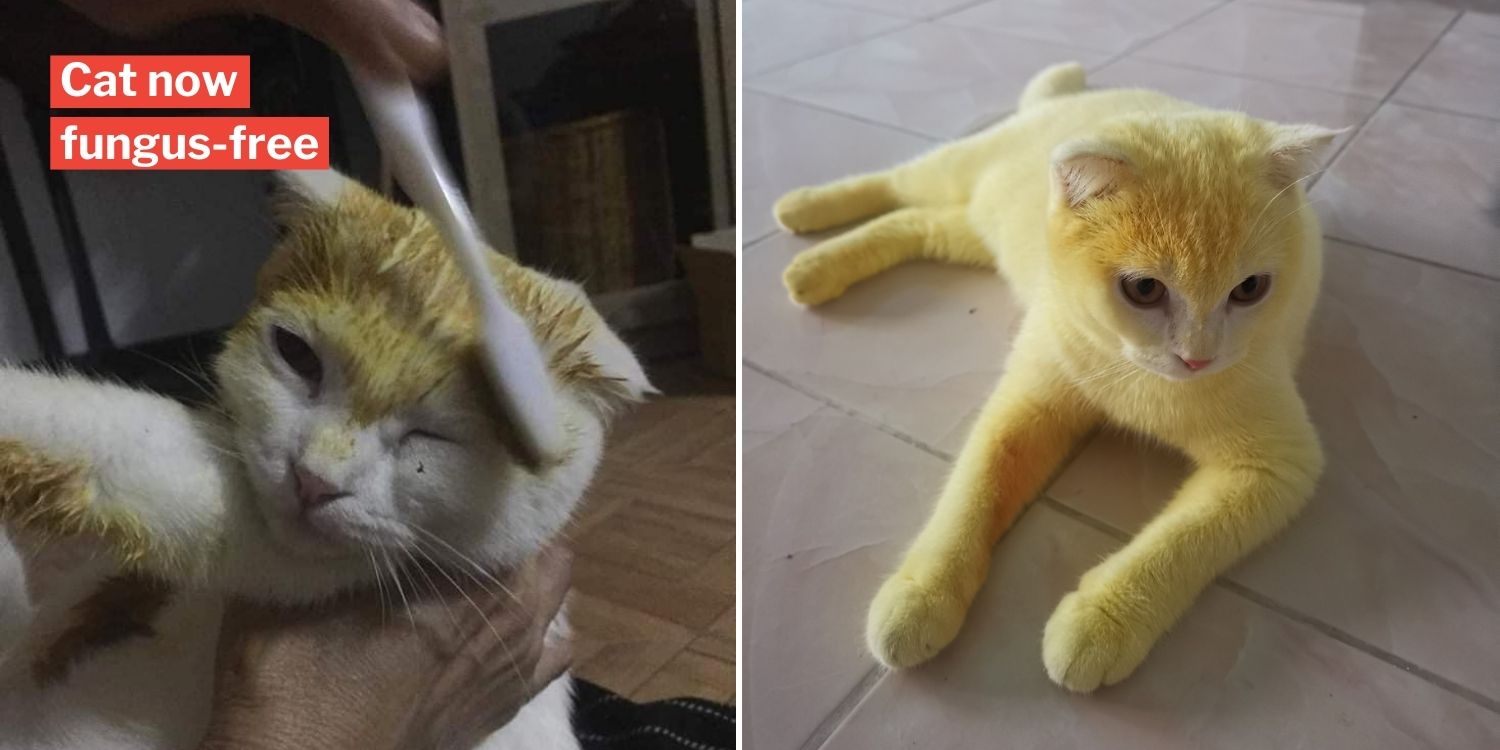 Some of us have been adventurous and tried home remedies for various conditions, from skincare to common ailments.

But how many have tried them on our pets before? A lady in Thailand decided to experiment with a turmeric scrub on her cat, to rather hilarious results.

Hoping to remove some fungal infection, she ended up leaving a different effect instead. 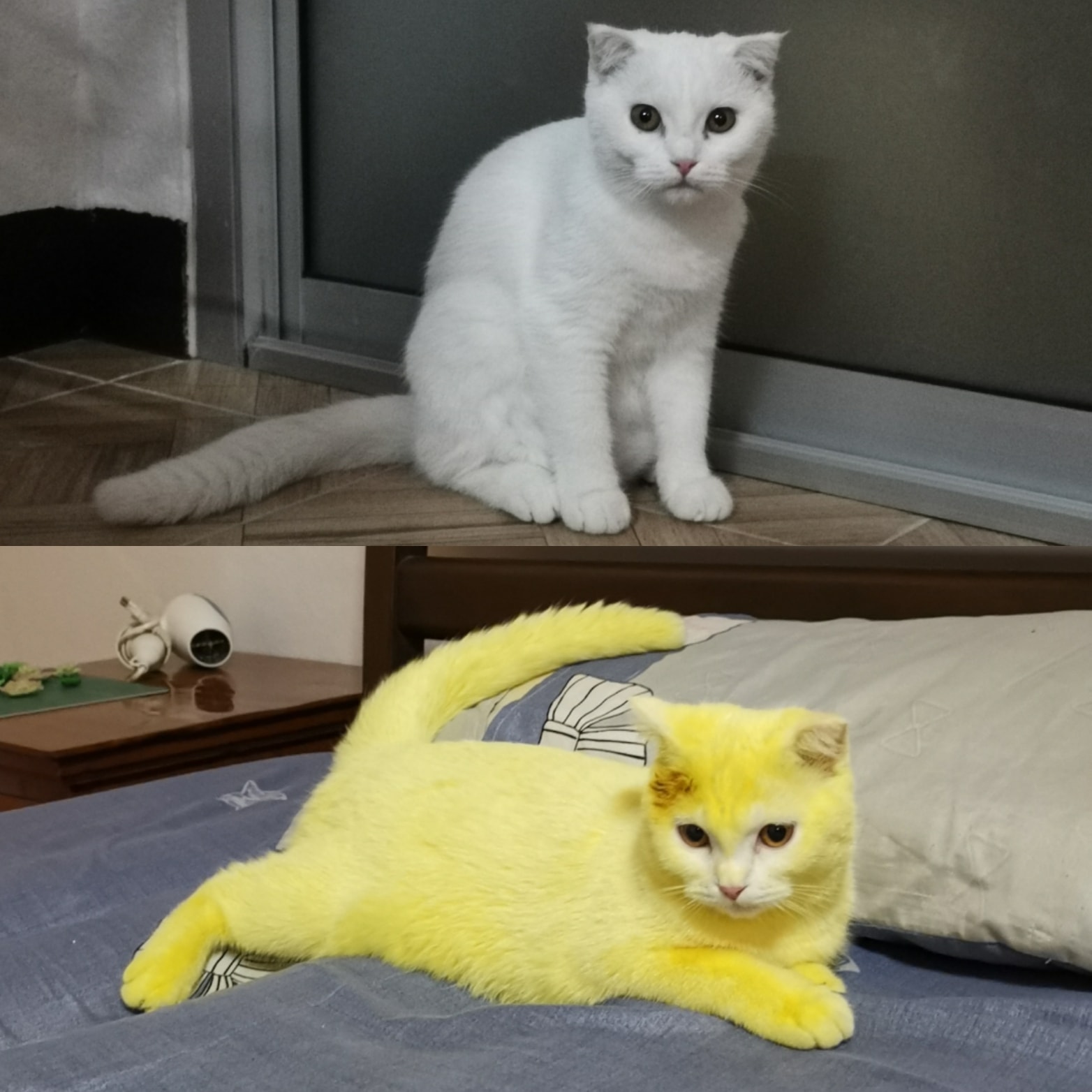 Any pet parent would know how worrying it is when your fur baby falls ill, especially since we’d need professional help.

Not only does that mean an unwanted visit to the vet, but also forking out money for treatment.

Cat owner Thammapa Supamas in Thailand decided to take things in her own hands by searching for alternatives to treat her pet’s fungal infection. Finding a suggestion for a turmeric scrub, she wasted no time in trying the method out. 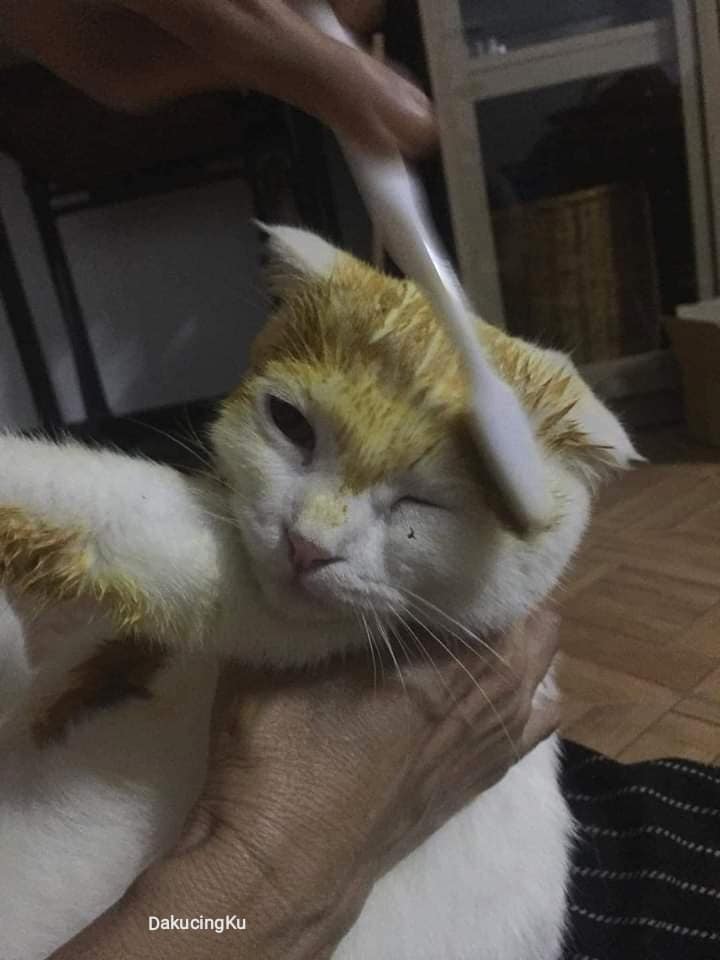 The fungus was probably all over the poor kitty’s body, so Ms Supamas left no patch of skin and fur untreated. 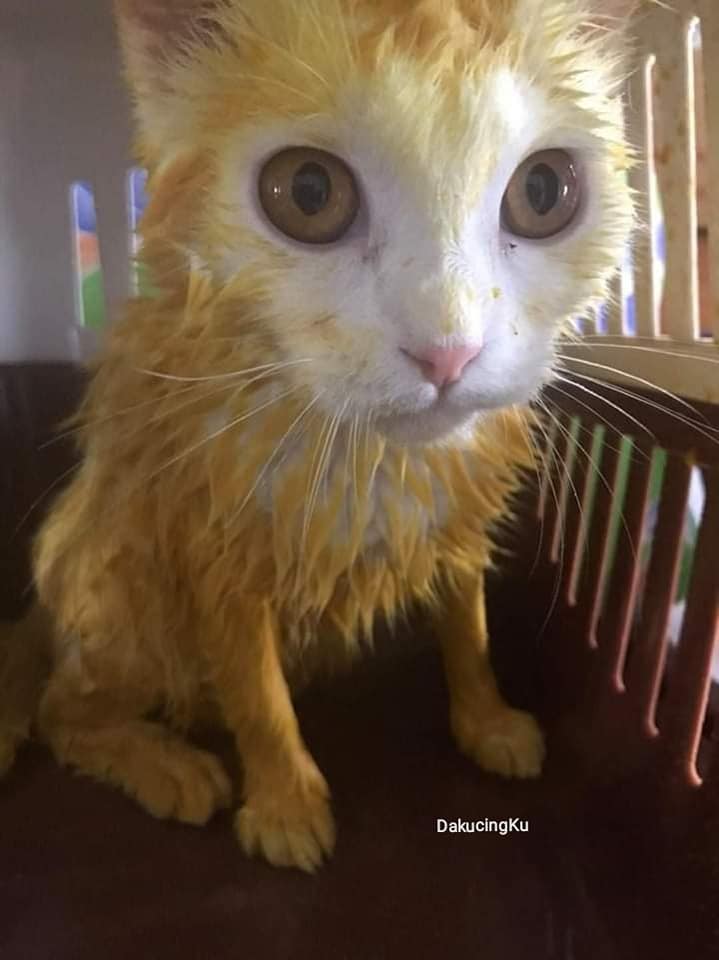 Now that’s the look of a cat who had undergone some thorough turmeric scrubbing.

The real surprise came some time later, after the turmeric had set in and the cat’s fur had dried, leaving it in an almost fluorescent shade of yellow. 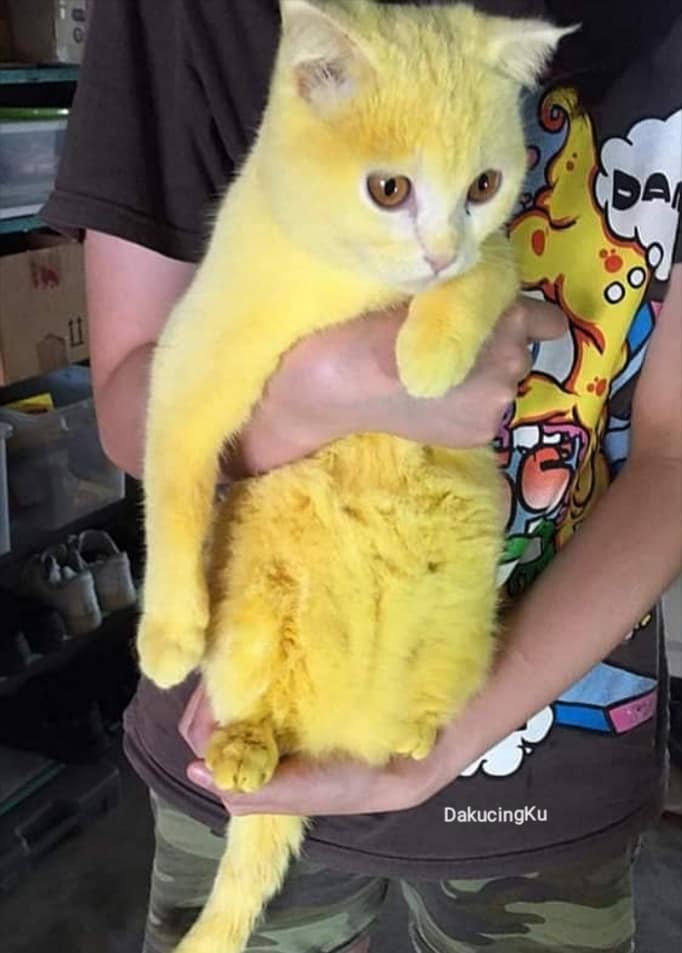 Shortly after the pictures were uploaded online, netizens were quick to draw comparisons to popular Pokémon character Pikachu, whose body is a similar shade of bright yellow.

In fact, the comments were so overwhelming that Ms Supamas even edited red, blushing cheeks onto photos of her cat to amplify the resemblance. 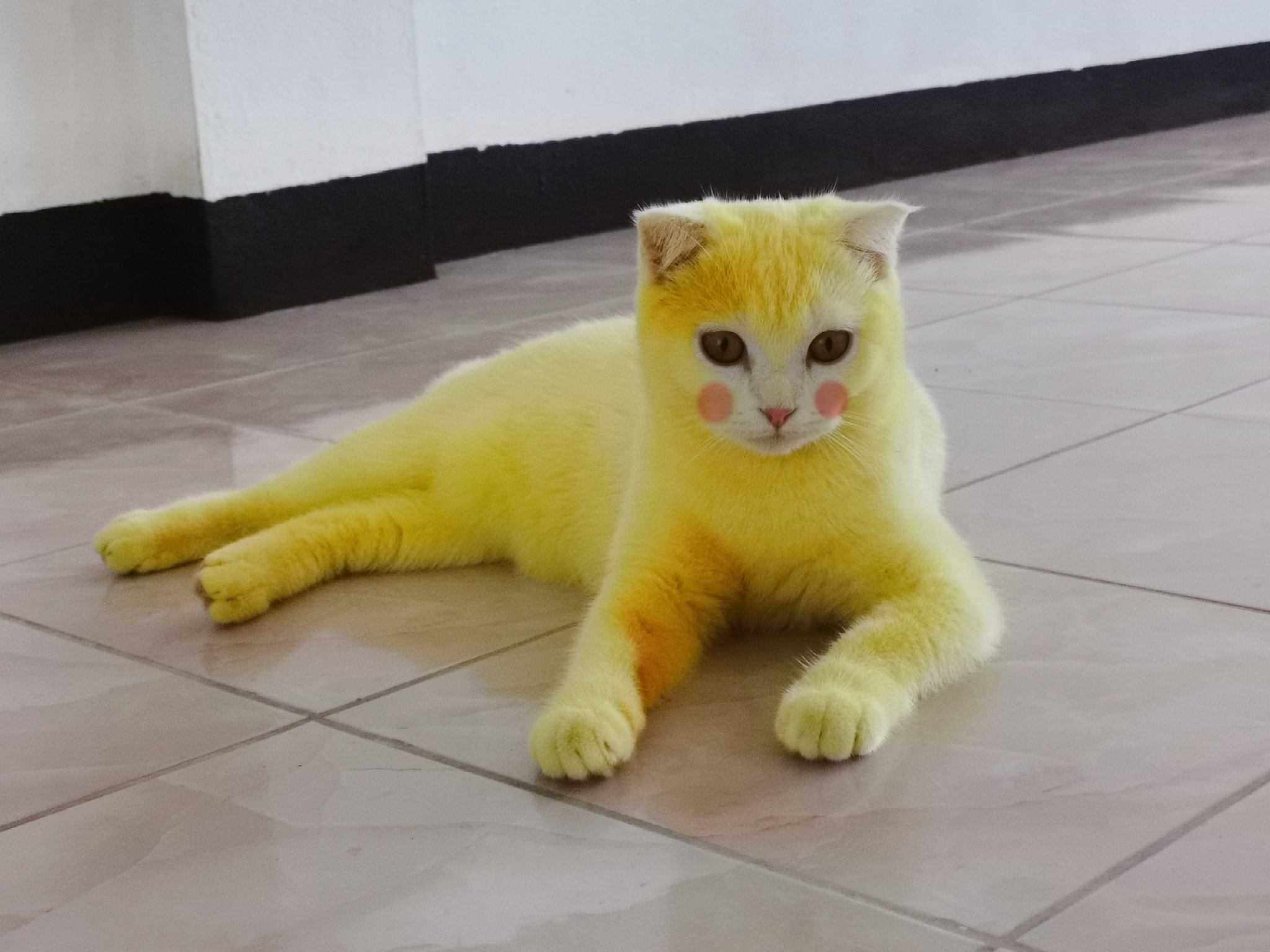 At this point, we can’t even tell if that’s a cat or a Pokémon anymore.

For those worrying about the cat’s health, Ms Supamas posted an update that the treatment seems to be working, along with photographic evidence.

The naked patch of skin with fungal infection has since witnessed some fur growth again, indicating that the cure has somehow worked. 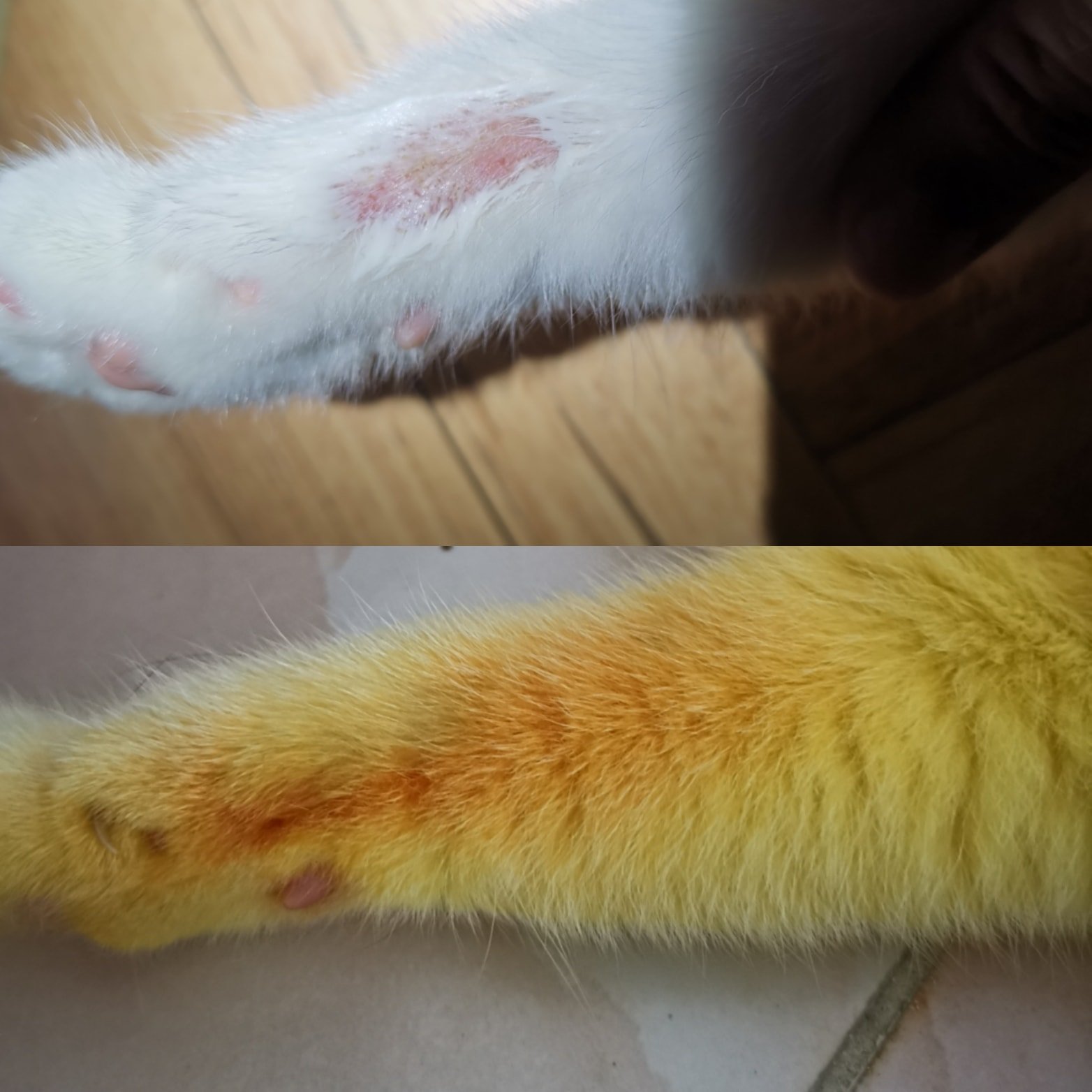 As for the yellow stain, we hope it’ll disappear soon so the cat can have its snowy white fur back. For now, it’s enjoying the sudden fame, with a Facebook page set up.

If you’d like to try this on your pet, we’d suggest checking with a vet or an animal expert first. Besides any side effects, we’re sure you wouldn’t want to see your fur babies turn yellow.