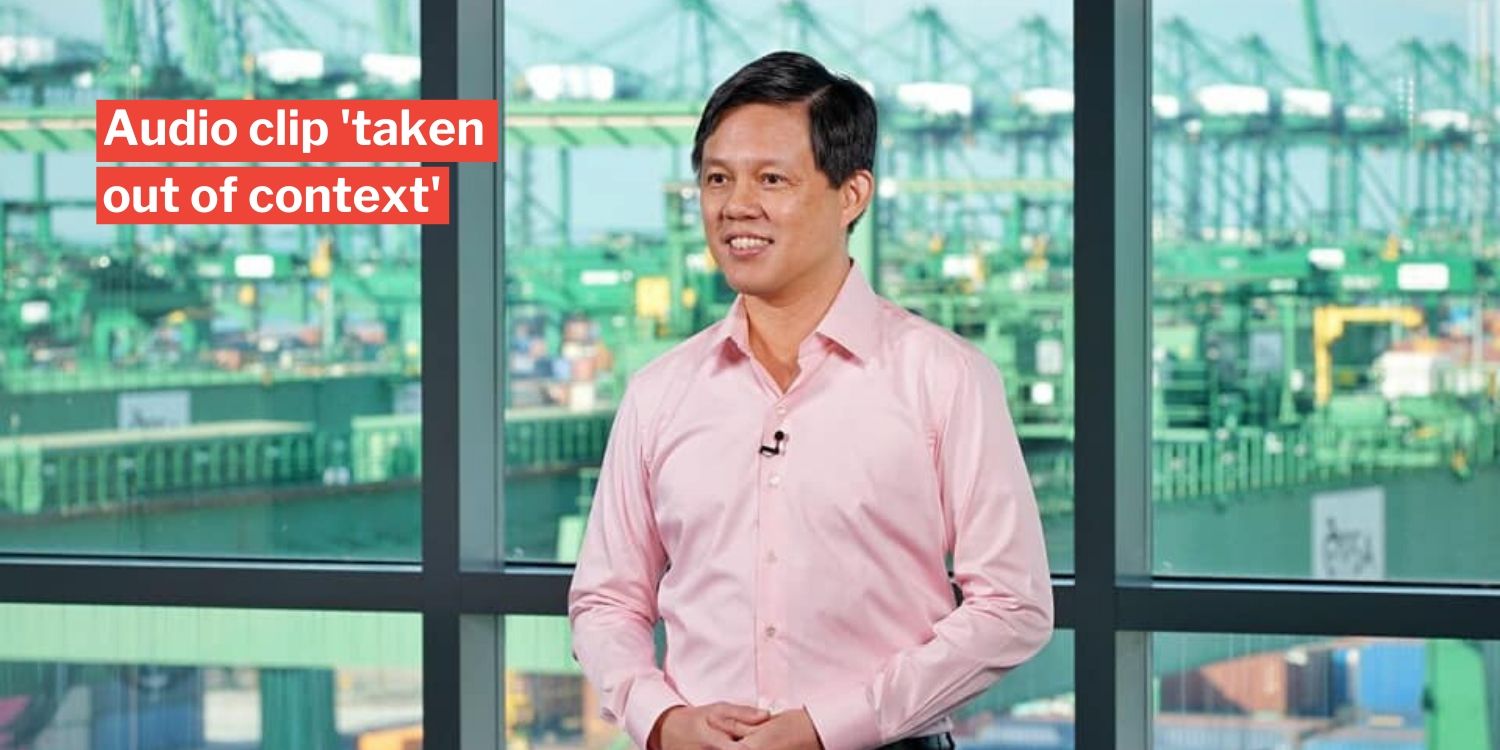 Mr Chan said the clips are being circulated with ill intent.

On Wednesday (8 Jul), a 1.5-minute recording circulated over social media, apparently of Minister for Trade and Industry Chan Chun Sing speaking about several issues, including the PAP’s chances of winning an election.

The clip can be found here, but do note that we have noticed several errors with the attached subtitles. Neither do we have any way of verifying whether the clip has been edited.

Chan Chun Sing says conversation was taken out of context

Later that same afternoon, Mr Chan took to Facebook, posting a clarification on the recording.

He said the audio clips were truncated and taken out of context, then made clear the context during which the words were spoken. 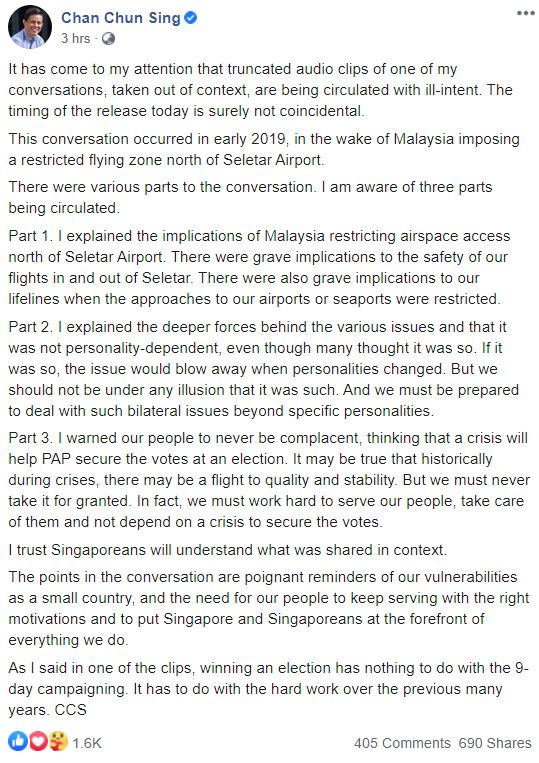 He also said that the clip was spread with malicious intent, and believes that the timing which the recording was released is “not coincidental”.

Voice in recording claims PAP has been ‘saved’ by crises

In the clip, a voice resembling that of Mr Chan’s can be heard, saying that winning an election isn’t about the campaigning, but also about what has been done for the citizens over the years.

The voice also noted that over the past 50 years, the PAP has been “saved” by numerous crises, after which the party enjoyed a higher proportion of votes from Singaporeans. 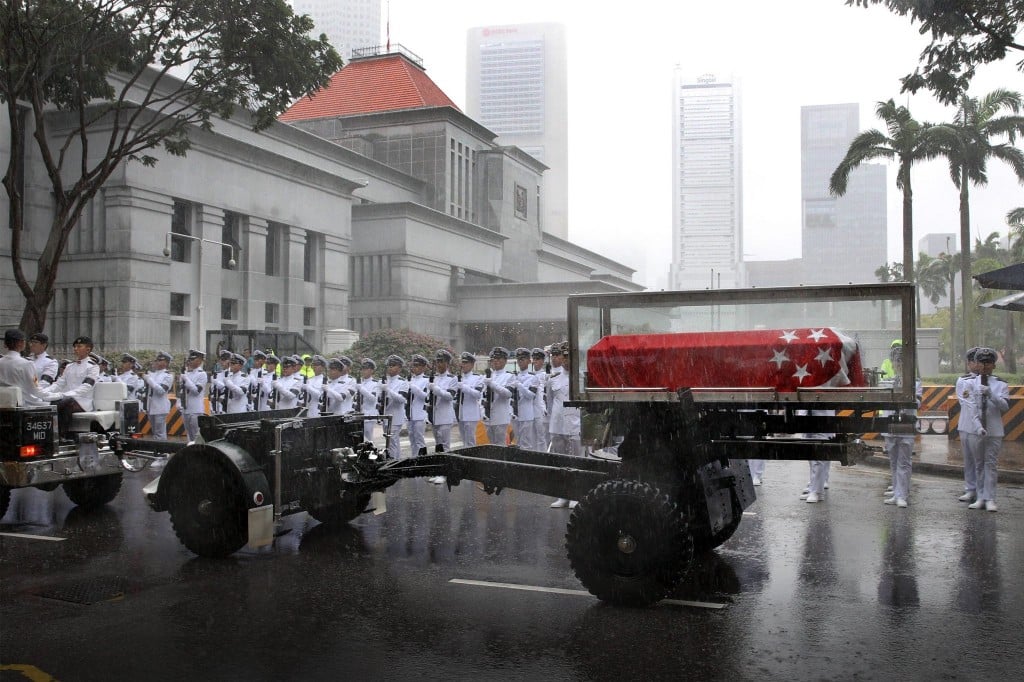 According to Mr Chan, the recorded conversation took place in early 2019, after Malaysia imposed a restricted flying zone north of Seletar Airport. 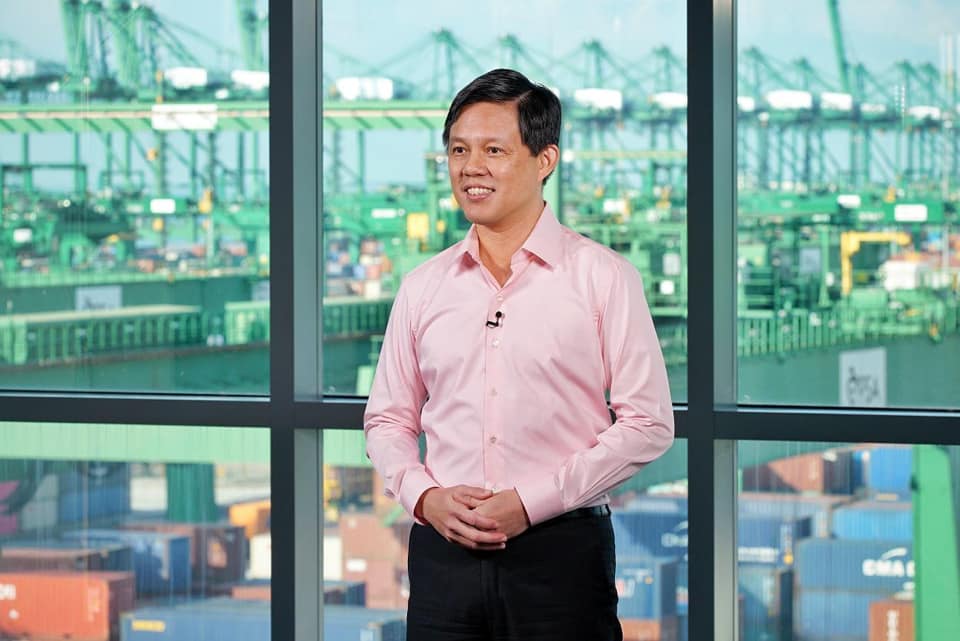 He then provided the context of 3 parts of the clips which he was aware of:

However, it appears only the 3rd part that he provided is relevant to the recording that is being circulated.

Ending his post, Mr Chan hoped that Singaporeans would be able to better understand the context of the recording with the clarification he provided.

This incident comes after a previous recording of Mr Chan speaking to business leaders was leaked in February, leading to him being the subject of much discussion.

If you happen to come across any other parts of the recording that pertain to parts 1 and 2 that Mr Chan described, do share it with us.

Since elections were called this last month, there have been numerous unverified reports, and in this case, clips circulating on the Internet.

We hope Singaporeans will be able to analyse such content critically, verify the sources and examine the intentions behind them. Most importantly, do not share material if you can’t establish whether they are accurate and unbiased.