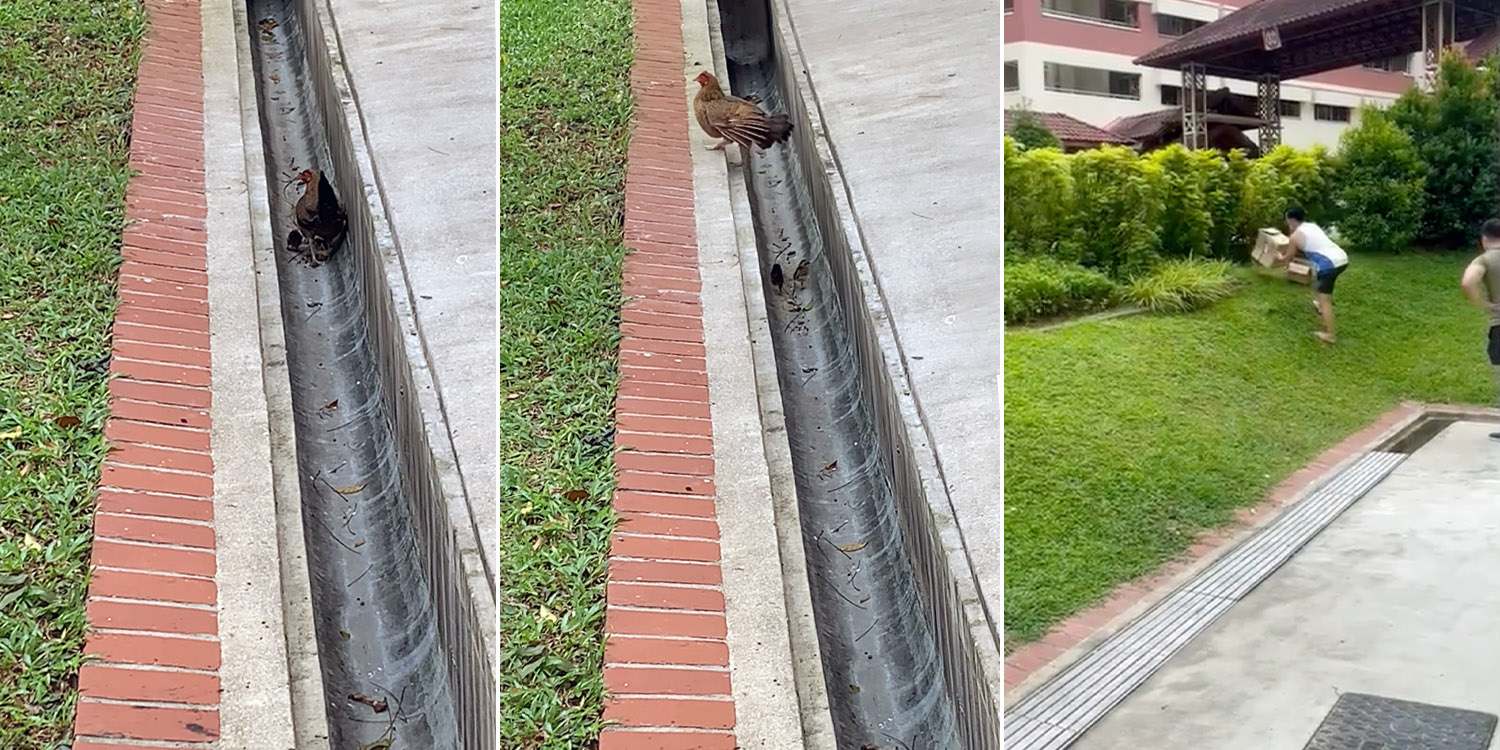 They struggled to find the chick as it went deeper into the drain.

Singapore is a highly urbanised jungle. Walking around, we often catch sight of animals like cats, otters, and even chickens roaming about.

On Sunday (5 Dec), a man shared that he came across 2 chicks stuck in a drain in Singapore. 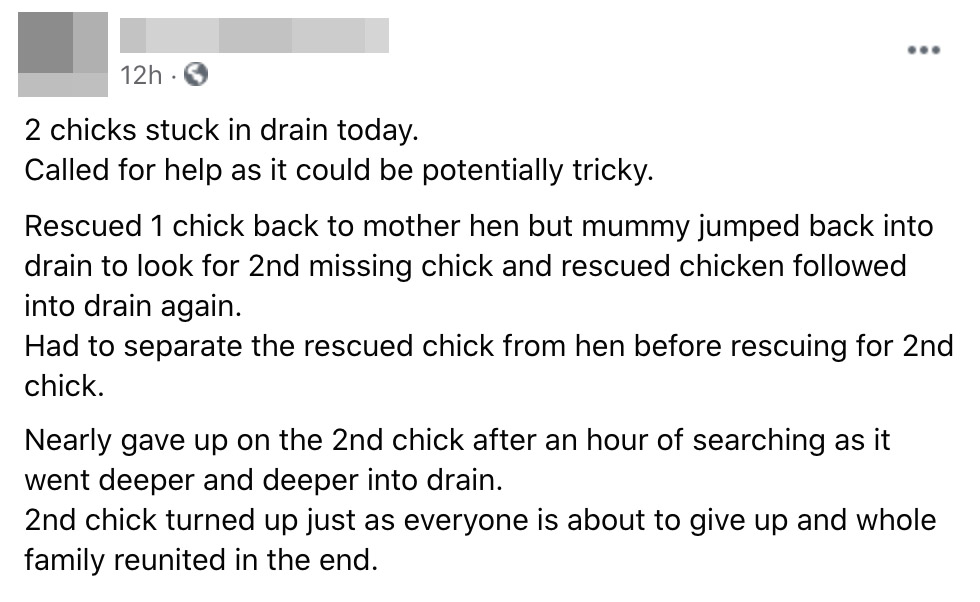 He and another passer-by tried to rescue the chicks, successfully bringing 1 back to the mother hen, only to have it jump back into the drain.

It was a potentially tricky situation. But thankfully, the duo eventually managed to rescue both chicks and reunite them with their mother.

On Sunday (5 Dec), a man caught sight of the hen and her 2 chicks walking in a drain. 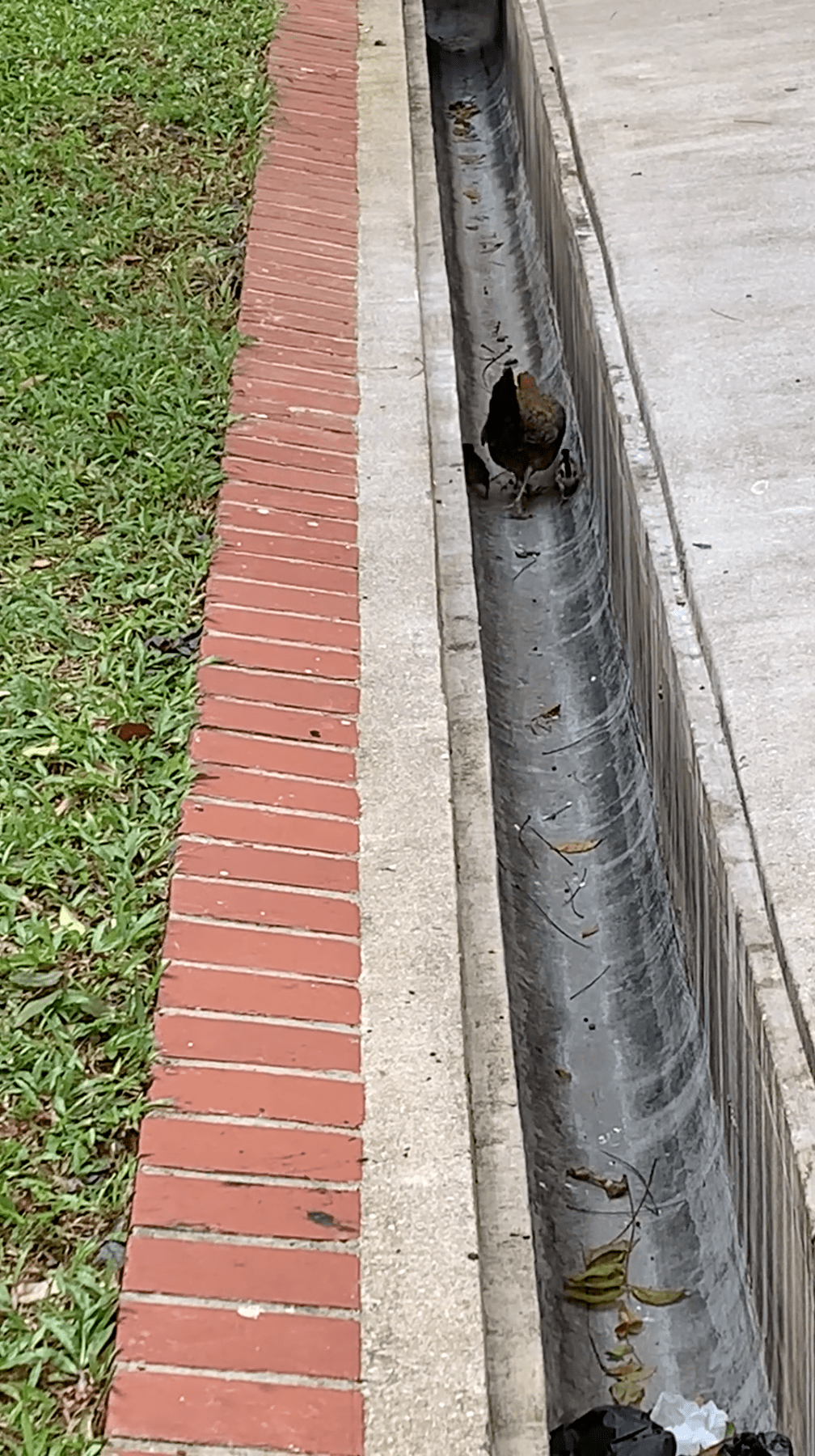 After a short while, the hen jumped out of the drain onto the sidewalk.

Although the jump was not high, the baby chicks could not make it. Hence, they were stuck in the drain. 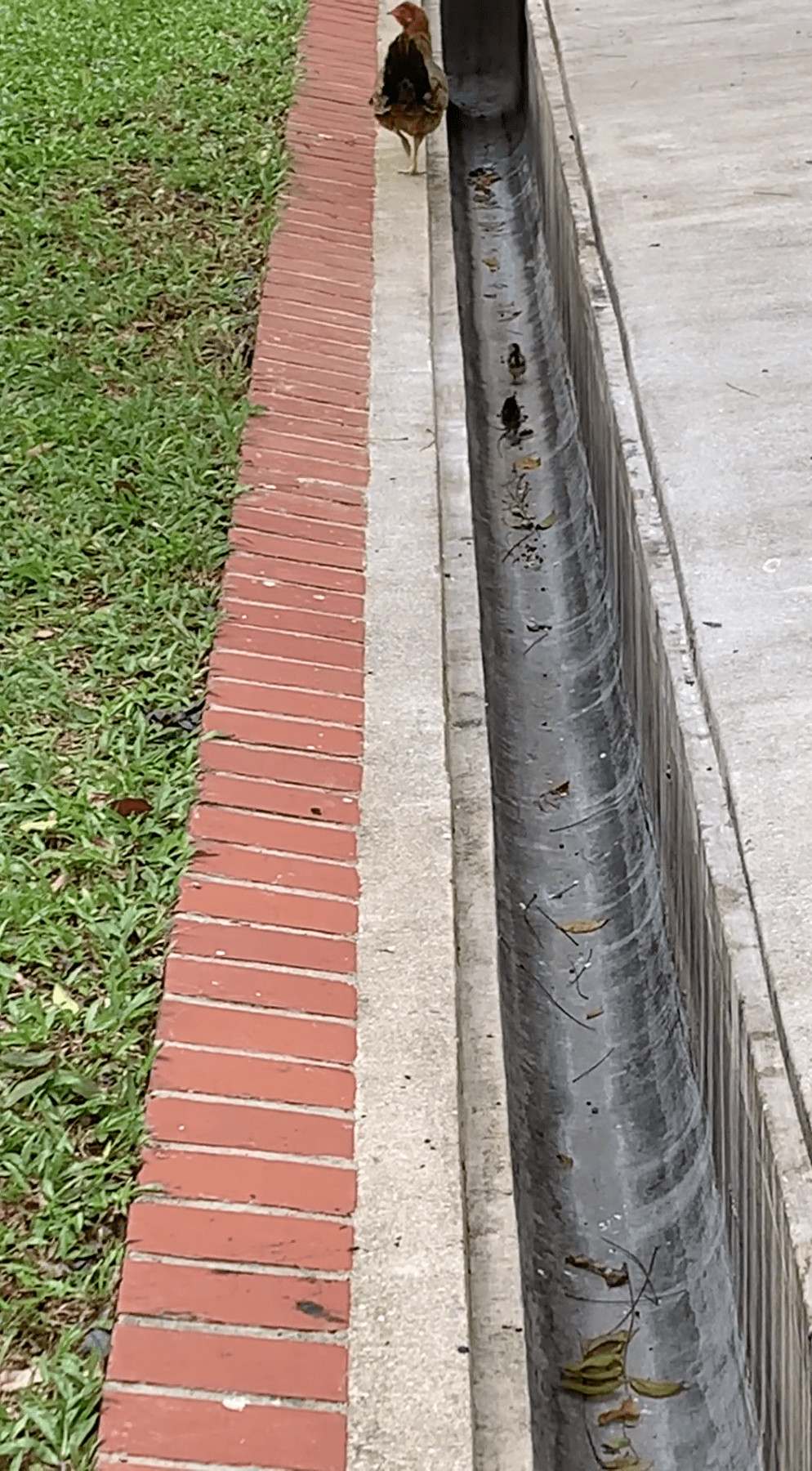 The kind passer-by decided to take action and help the chicks get out of the drain.

Rescued chick jumps back into drain

Knowing it could be a potentially tricky situation, he got help and together, the 2 men tried to rescue the chicks.

Soon after, the passers-by managed to get 1 chick out of the drain.

However, not long later, the concerned mother hen jumped back into the drain to look for the other chick.

Seeing this, the rescued chick hopped back into the drain as well.

They later figured that they had to separate the rescued chick from the hen for a short while before they could rescue the other chick.

From the video shared, they seemed to have placed the chick in a cardboard box.

The passers-by tried to locate the chick for the next hour as it went deeper and deeper into the drain, making the rescue mission increasingly challenging.

When they were about to give up, the chick appeared again.

It was a happy conclusion to the story as the passers-by then brought the chick out of the drain, reuniting both chicks with their mother.

Loud clucks by the chicks and hen could be heard as the passer-by tipped the boxes over to free them. 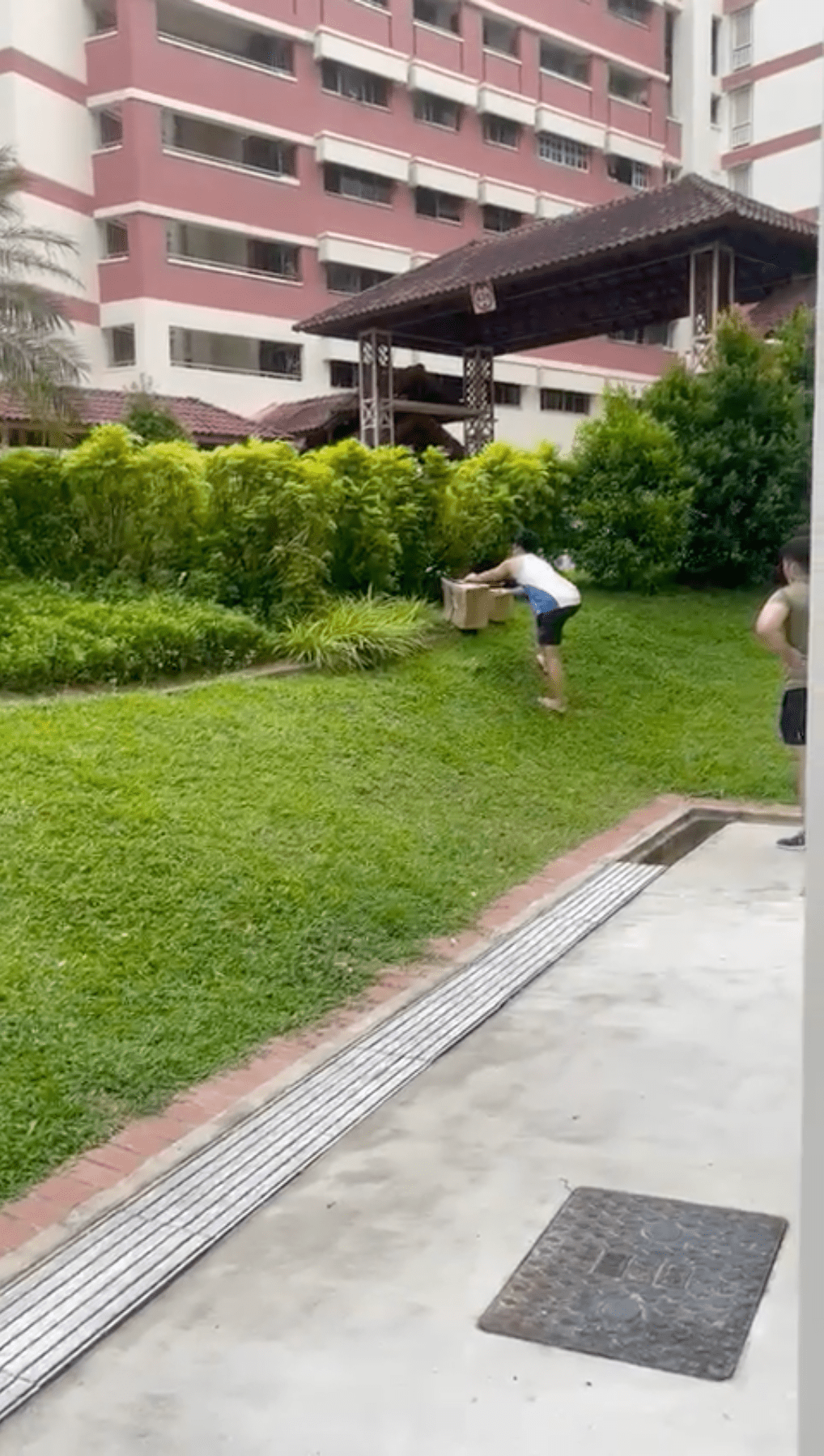 There appeared to be other bystanders watching the rescue mission unfold. Audible voices could be heard in the background of the video, saying the chickens were finally reunited.

Kudos to the kind passers-by

Not many will slow their footsteps and observe that the chicks were stuck in the drain, let alone spend an hour rescuing them.

Kudos to the passers-by for valiantly searching for the 2nd chick and reuniting the family.

Hopefully, the chicks have learned their lesson to stay away from drains till they’ve grown bigger and stronger.