Clicknetwork Removes Xiaxue As Host From Show, No Word On ‘Guide To Life’ Yet 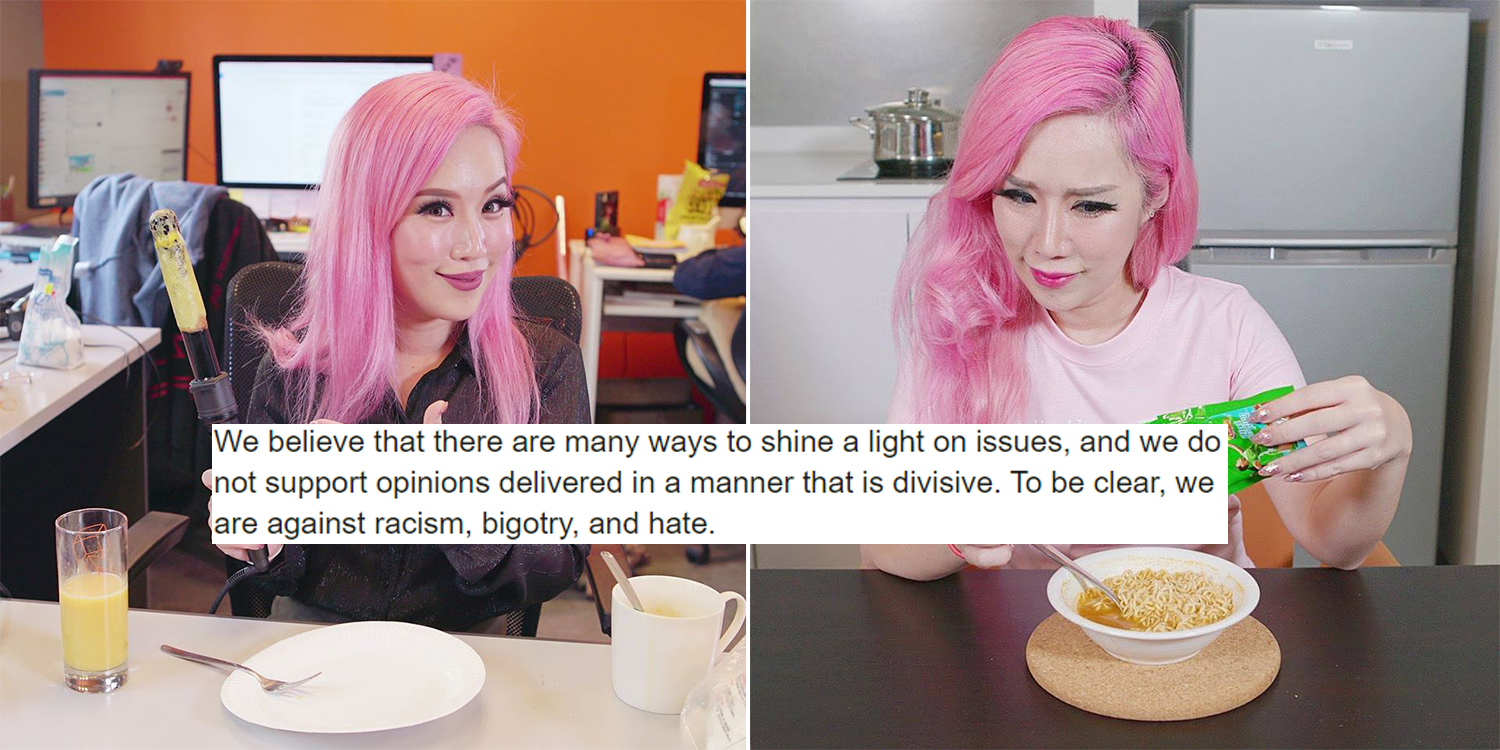 They'd worked together since at least 2011.

A online war that erupted during GE2020 amidst a flurry of police reports features prominent influencer Xiaxue, who’s facing growing pressure online for her outspoken views.

Now, the network which Xiaxue has worked with since at least 2011 came out to announce that they won’t be working with her for an upcoming show on Tuesday (21 Jul). 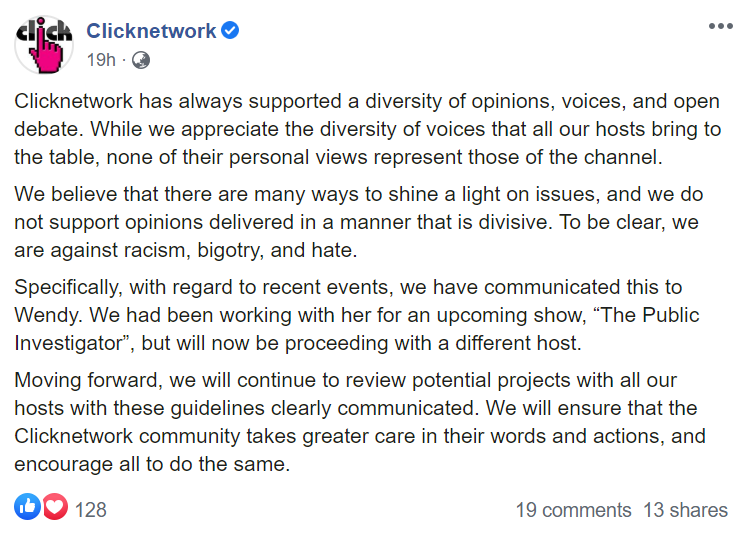 Addressing the recent controversy surrounding her and police reports made, Clicknetwork said they will be proceeding with a different host for the show named The Public Investigator.

Due to a series of tweets Xiaxue made in 2010 and 2011, netizens made police reports against her.

This led to a house visit from police, who told her to take down the offending tweets.

No further action was taken, but netizens started messaging Xiaxue-endorsed brands to discontinue their associations with her.

This latest controversy made Clicknetwork, who’d worked with Xiaxue for years, speak out against the manner she chooses to air her opinions.

Clicknetwork said they’d talked to the blogger about their stance against racism, bigotry, and hate, and decided to proceed with a new host for their new upcoming show, “The Public Investigator”.

They also indicated that future projects with hosts will be held to the same guidelines.

Yesterday, Xiaxue came out with a 19-minute video on Instagram explaining cancel culture, saying that the situation has gotten serious enough that she needs to speak up. 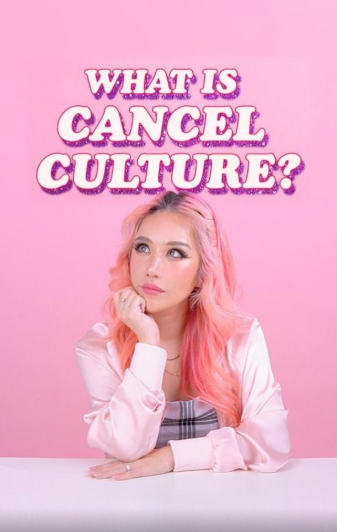 In the video, Xiaxue describes how people have been messaging her clients, accusing the clients of standing with evil if they continue to associate with her.

She also claims that her posts are being reported by people for hate crime daily, in hopes that Instagram will delete her account.

Speaking out against this, she compares boycotting – a passive action – to cancel culture, where brands get actively lobbied to remove offenders from their platforms.

As such, she is now offering free Instagram ads to 5 brands to those who will give a big F-word to cancel culture. 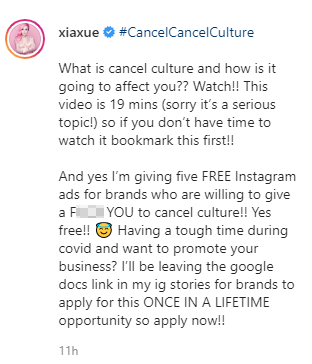 Clicknetwork have taken a public stance against Xiaxue for the 1st time.

They’d continued to work with her through her numerous controversies in the past.

Still up in the air is whether Guide to Life will continue — MS News have reached out to Clicknetwork and Xiaxue for comment.