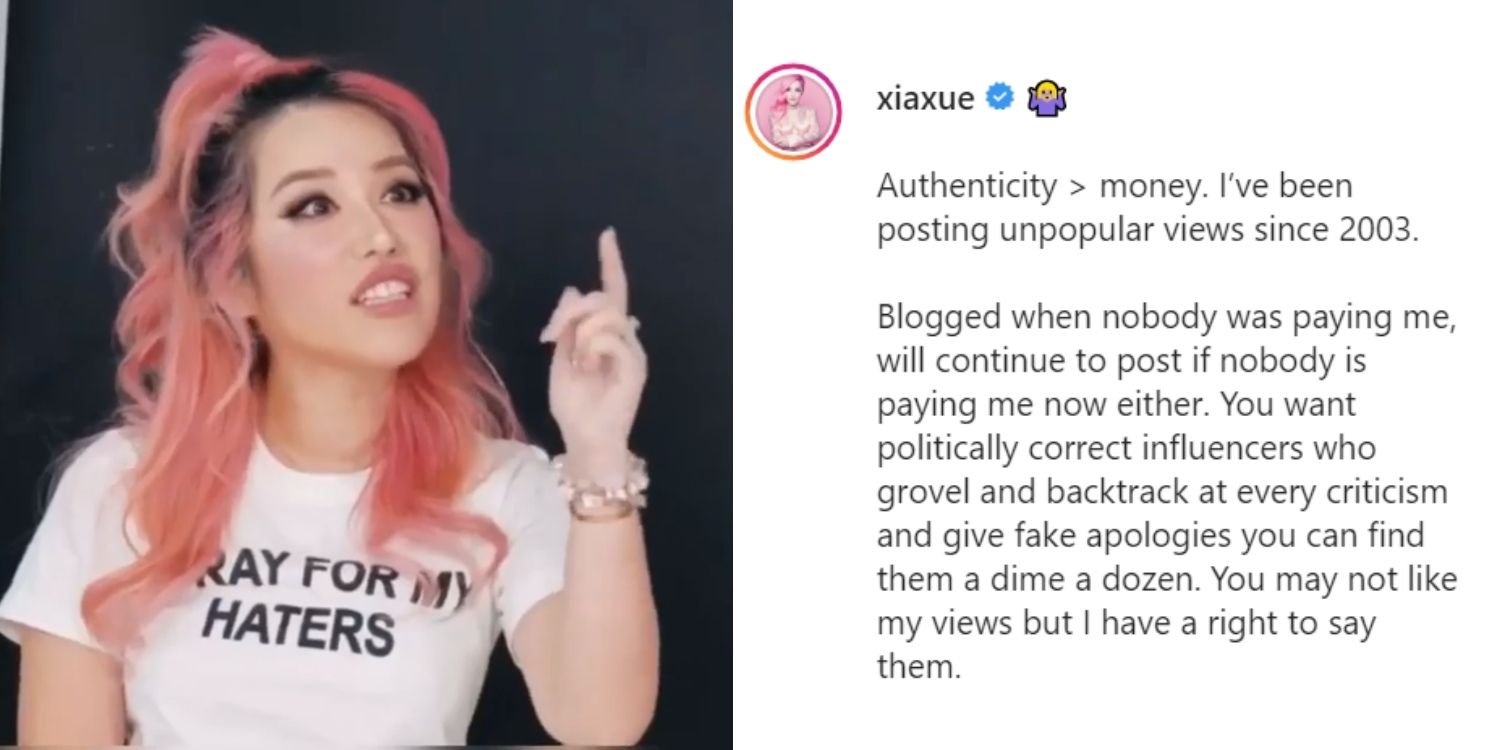 "Facts are sometimes not nice, but someone has to say it."

While GE2020’s political candidates are chilling on Cooling-off Day, one particular public figure seems to still be in the hot seat.

The spotlight is still shining on local social media influencer Xiaxue, especially ever since a police report was filed against her over a tweet she made in 2010. She has since responded to these police reports and removed the tweets.

Yesterday (8 Jul) at around noon, Xiaxue posted an Instagram post in response to the onslaught of attention.

Upholding what she believes to be her authenticity, Xiaxue details her history of blogging unpopular views since 2003.

Blogged when nobody was paying me, will continue to post if nobody is paying me now either.

Despite rumours of contract terminations, it appears as though the blogger-turned-influencer remains unfazed.

Xiaxue stands by her right to voice her views even if people may not like them:

I post because I think it’s important to have diverse viewpoints out there for people to decide for themselves.

Citing her supporters’ expectations for her to say the hard truths, she drove home her point about having the strength to carry on.

She wrote,”Facts are sometimes not nice, but someone has to say it. If it has to be me, so be it.”

Unfortunately, in the heat of all the discourse, Xiaxue’s mother was not spared as netizens purportedly went to the latter’s Instagram to leave comments as well. Perhaps in a bid to address the online drama, Xiaxue wrote a blog post yesterday (8 Jul), which she titled “Raeesah Khan, GE 2020, and being labeled a Racist”.

For those who are unfamiliar, this entire saga stemmed from a response she made to Raeesah Khan’s tweets and subsequent police investigation.

Her take didn’t sit well with many social media users, some of whom uploaded reactions of their own.

On Monday (Jul 6), Instagram user @biggyviggy had filmed a video of himself making the police report, alleging that the influencer had made racist remarks.

You can watch the video here:

The hashtag #PunishXiaXue then trended on Twitter on Jul 7, along with an online petition to “PunishXiaXue for seditious content”.

We don’t know when the online drama will end, but we know that such disagreements can be exhausting.

While we can have our own opinions, we hope that Singaporeans can still engage in healthy discourse regardless of the topic.

Did you find Xiaxue’s tweets and what she posted on Instagram stories offensive? Share your thoughts in the comments below.