The move is necessary as they far exceed normal circulation demand.

And we know what that means – Chinese Singaporeans will start queueing up to withdraw new banknotes from ATMs and banks across the islands.

However, most might not know that a large proportion of these new notes will end up being destroyed. 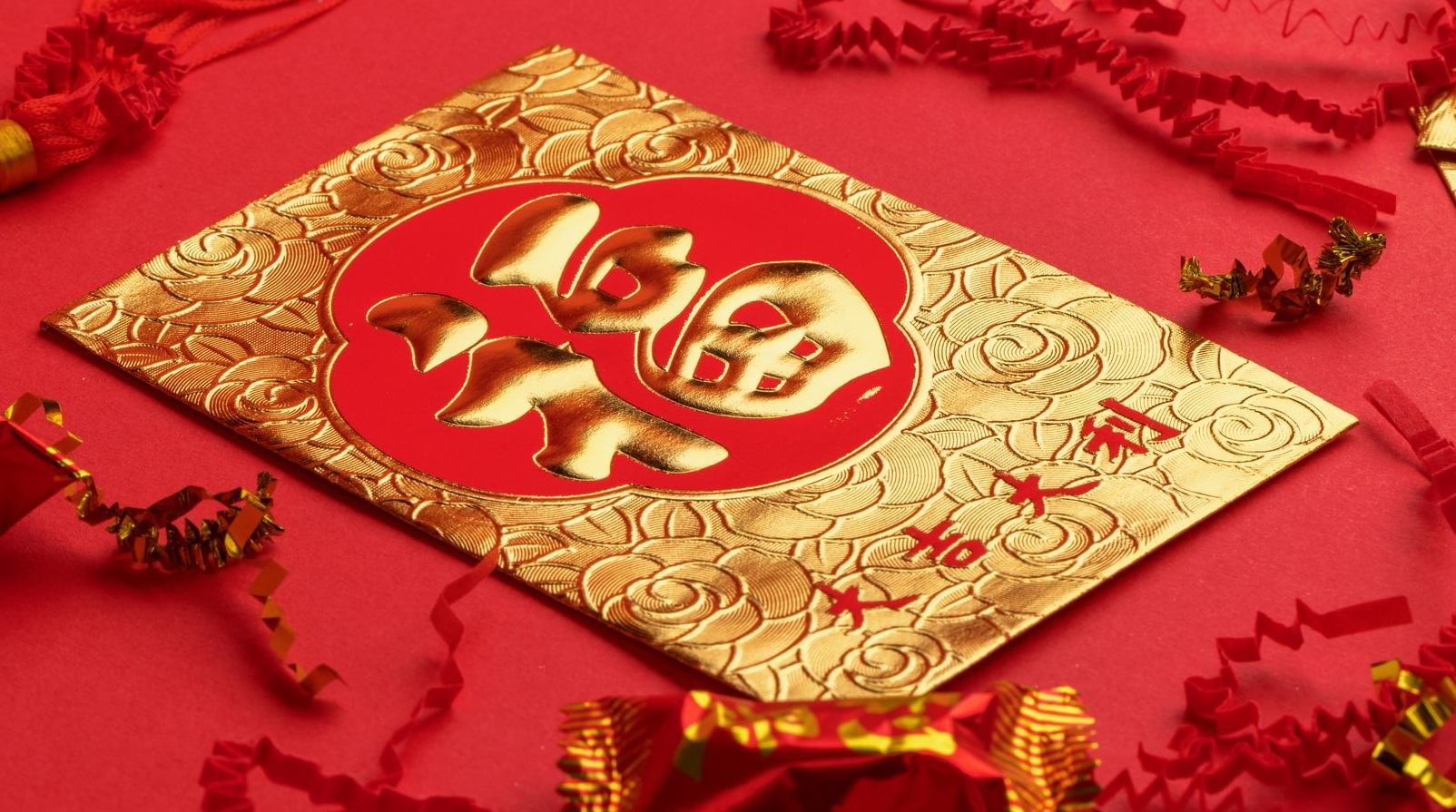 Thus, the Monetary Authority of Singapore (MAS) has urged the public to give e-hong baos or used notes instead.

In a media release on Tuesday (28 Dec), MAS revealed that a massive number of new notes are issued every year: about 100 million pieces.

These are used for CNY and other festive periods.

However, most of these new notes don’t go into circulation once they’re given out in hong baos.

MAS said a large proportion of the new notes issued, in particular the $2 notes, are returned by members of the public after CNY.

This process, they added,

…is highly wasteful, unnecessary, and impacts the environment negatively.

Thus, to support the environment, and also cut queues at banks, MAS strongly encourages Singaporeans to give out e-hong baos this CNY.

They described e-hong baos as “a safe, simple, and speedy way to convey blessings to family and friends”.

They also enable such monetary gifts to be given to family and friends unable to meet up due to the pandemic.

With DBS QR Gift, there’s still a physical “hong bao” that can be given, to preserve this tradition. 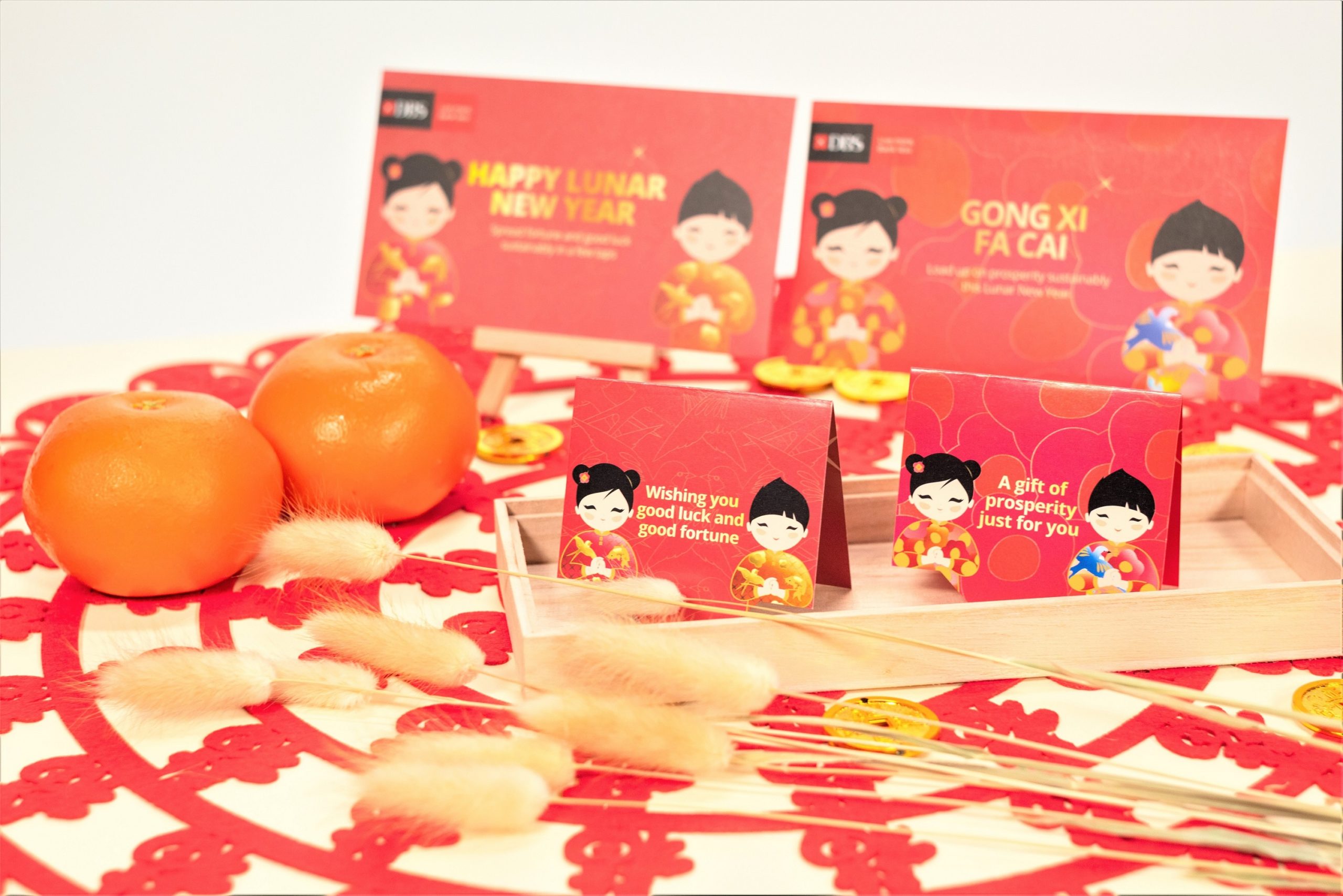 However, instead of notes inside, there’s a QR code that can be scanned with PayLah! for the recipient to redeem their cash.

For DBS eGift, it’s a completely digital method where you can send amounts via PayLah!. For more information, check them out here. 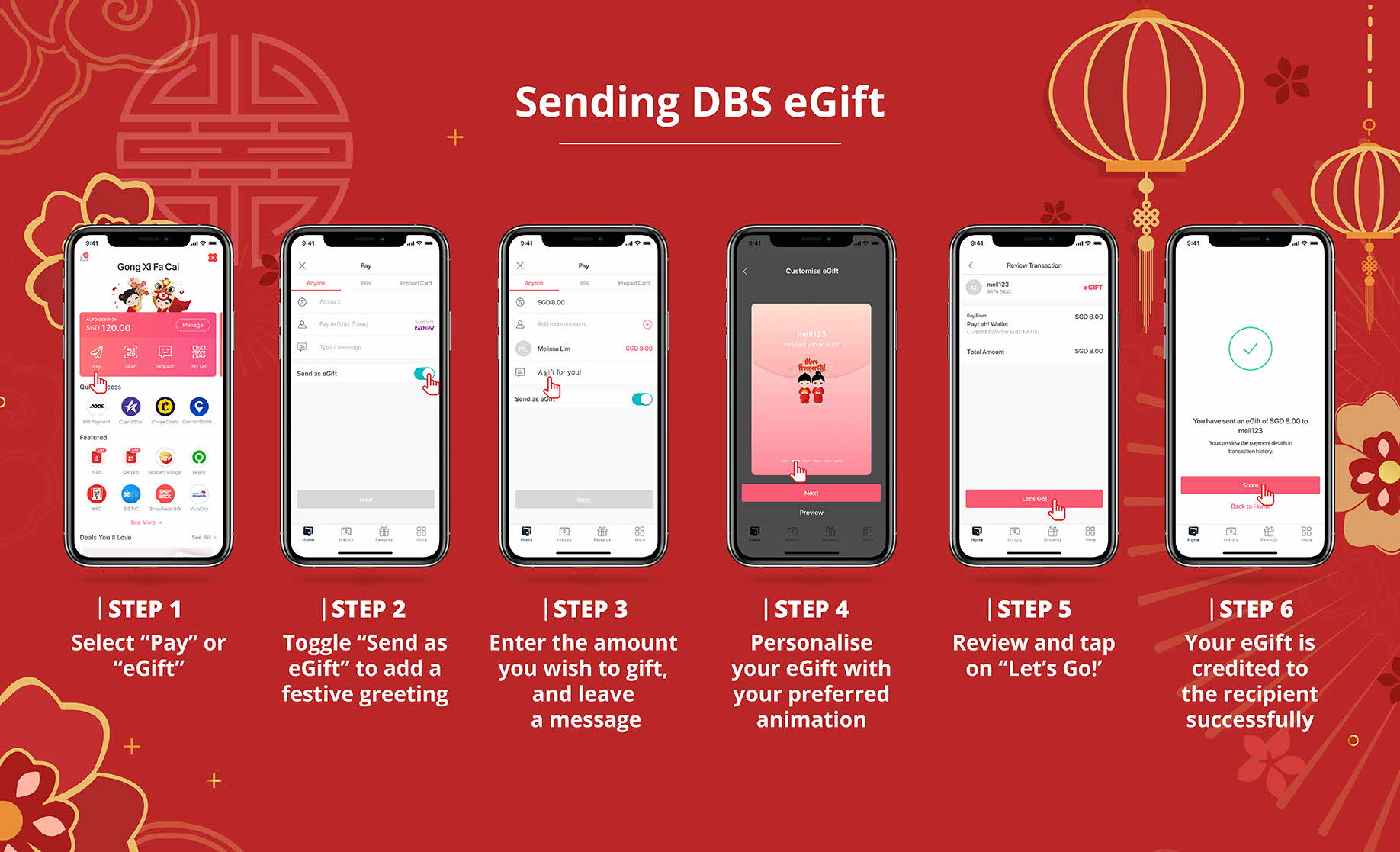 For those who still prefer to give out physical banknotes, or have an aversion to technology, MAS advised them to reuse notes.

Most of the notes that are in Singapore circulation are “clean and of good quality”, they said. 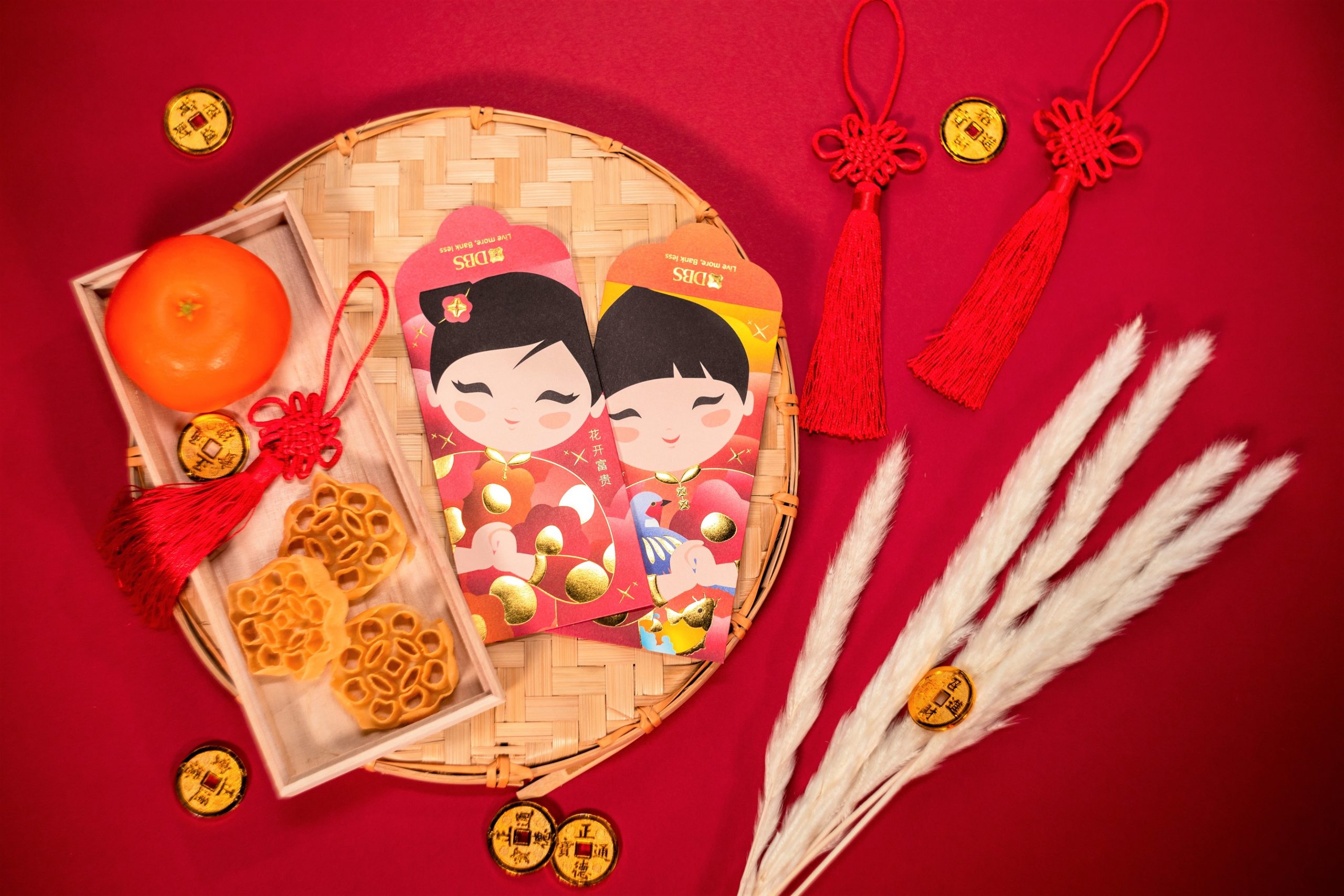 If you’re still not persuaded by the plea to save the environment, you’ll have to pre-book a slot online to collect them at DBS, OCBC, UOB and Standard Chartered banks.

Customers of Maybank and Citibank are also encouraged to pre-book before heading down.

Pre-booking will start on 4 Jan, for collection from 11 Jan.

For DBS/POSB, the most common bank for Singaporeans, there’ll be 2 online booking periods for 2 corresponding collection periods. Each customer can reserve 1 slot only. It can be booked here. 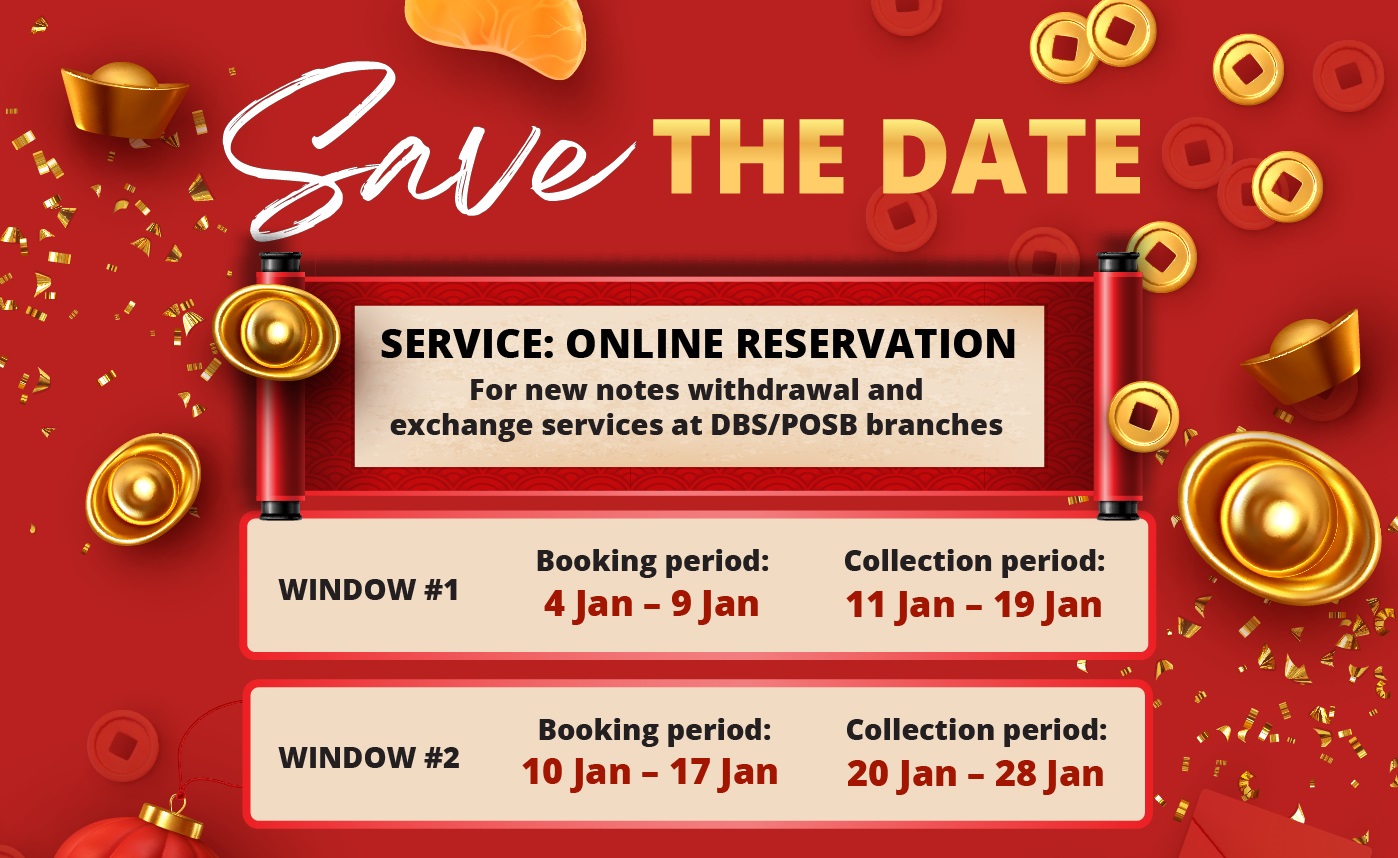 However, those who’re aged 60 and above, and those with disabilities, don’t have to pre-book. They can walk in at branches from 11 Jan.

Of course, a somewhat easier method will be what Singaporeans have done in the past few years: Draw the new notes from pop-up ATMs by DBS and UOB.

This will be possible from 11 Jan. 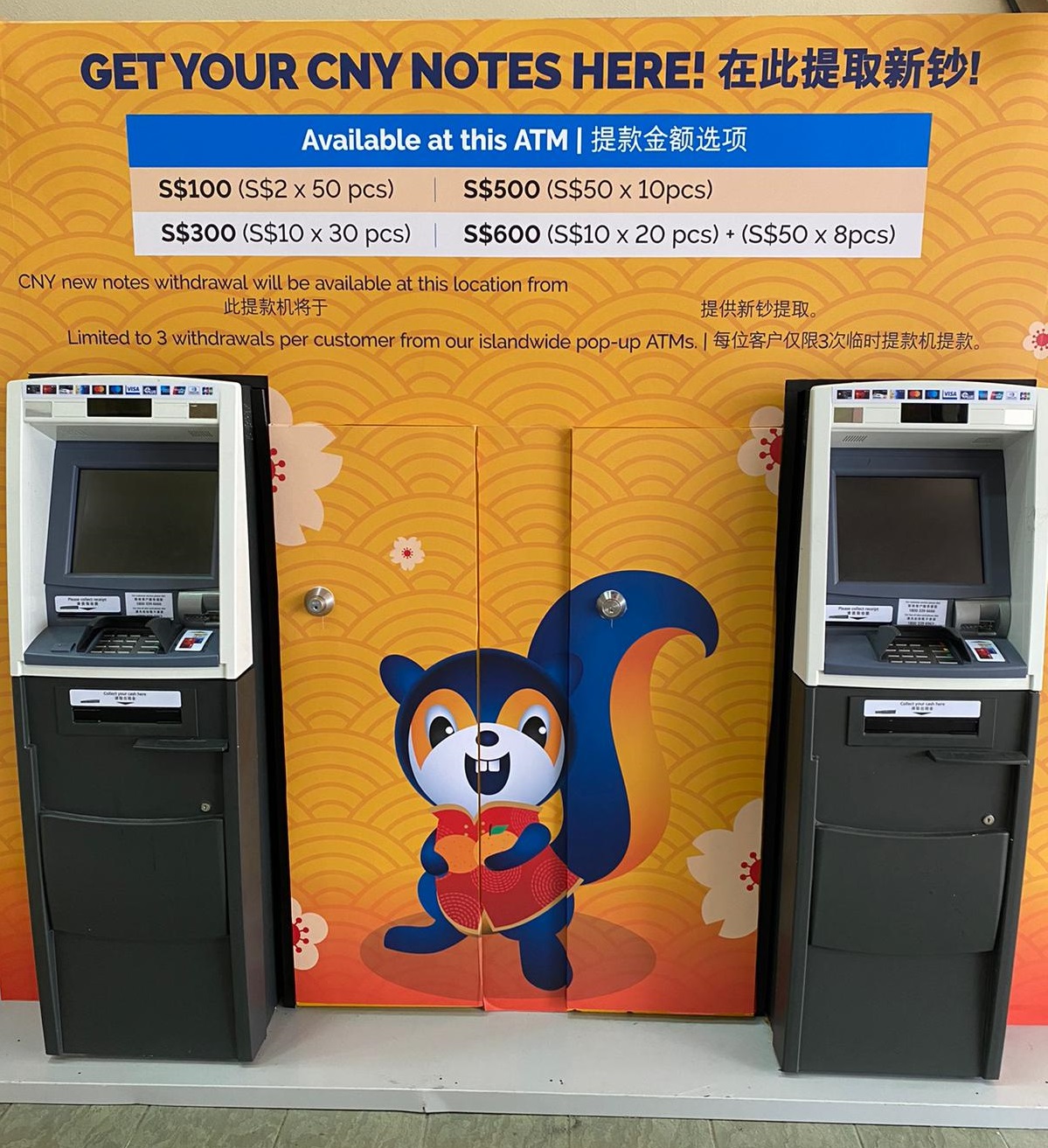 DBS told MS News that they’ll be increasing the number of DBS/POSB pop-up ATMs to 64, from 61 last year.

They’ll be at 45 locations islandwide. Check out their locations here.

Customers will be able to withdraw new notes in amounts of:

This year, DBS has also lengthened the time the machines will be open – 21 days from 11-31 Jan.

They’ll be operational from 10am-10pm on all these days except for 31 Jan (CNY Eve), when they’ll shut down at 1pm.

Each customer may make a withdrawal a maximum of 3 times in this period.

While giving out new notes during CNY is certainly a cherished and time-honoured tradition, perhaps it’s time to consider its impact on the environment also.

After all, with Covid-19 still hanging over us, the Earth may be giving us a message that we could stand to reduce wastage.

Also, as CNY is supposed to signify new beginnings, it’s a good chance to move with the times and start e-gifting instead.

If you’re still getting new notes, do keep safe so we can all have a happy and healthy CNY celebration.