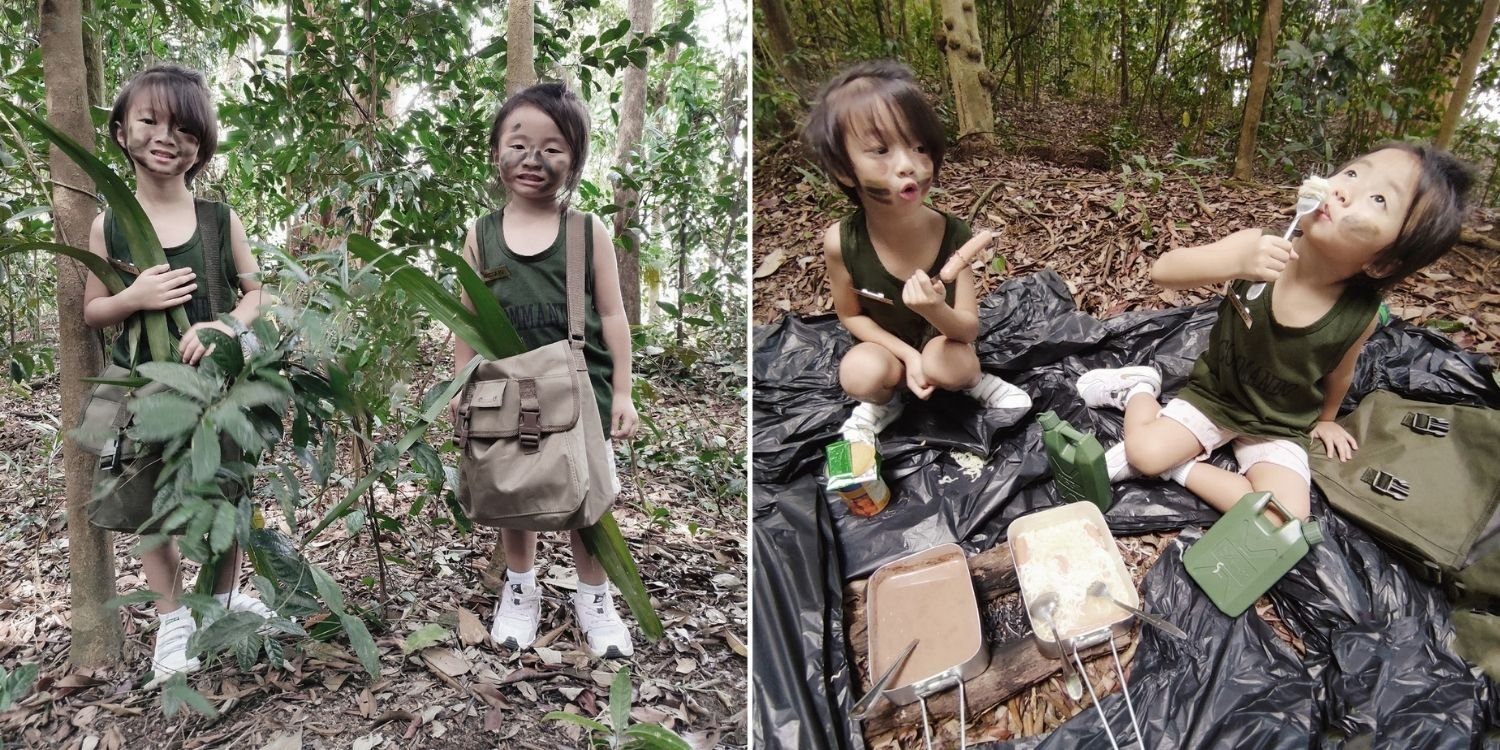 They even had Maggi in mess tins.

To combat this, James Eu, an ex-SAF commando, has been introducing his two kids to parks, reservoirs, and anywhere outdoorsy from a young age.

Now 5 and 6, the kiddos are enjoying the outdoors on a whole new level with an army-themed jungle course their father created to keep them entertained during the school holidays. 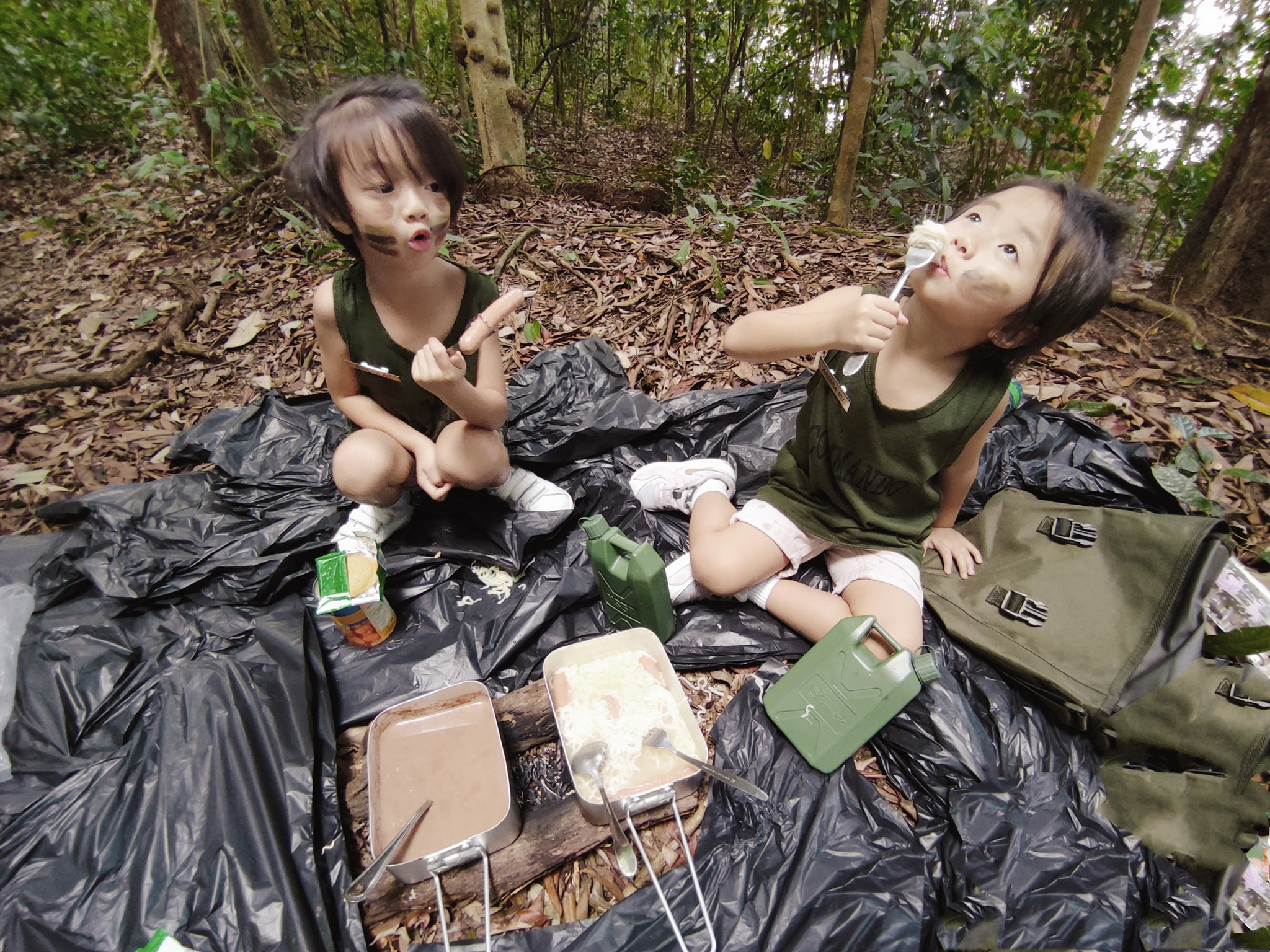 Like soldiers, they put on camouflage makeup and even cooked their meals in mess tins throughout the day.

Speaking with MS News, Mr Eu said that he had decided to make the school holidays more meaningful by planning various outdoor activities like trips to nearby Pulau Ubin and St. John’s Island.

As his son had expressed curiosity about the army, he decided to use his experience in the force to create simple courses that he calls JJCC, or Junior Jungle Confidence Course, and Junior Commando Level 1 course. 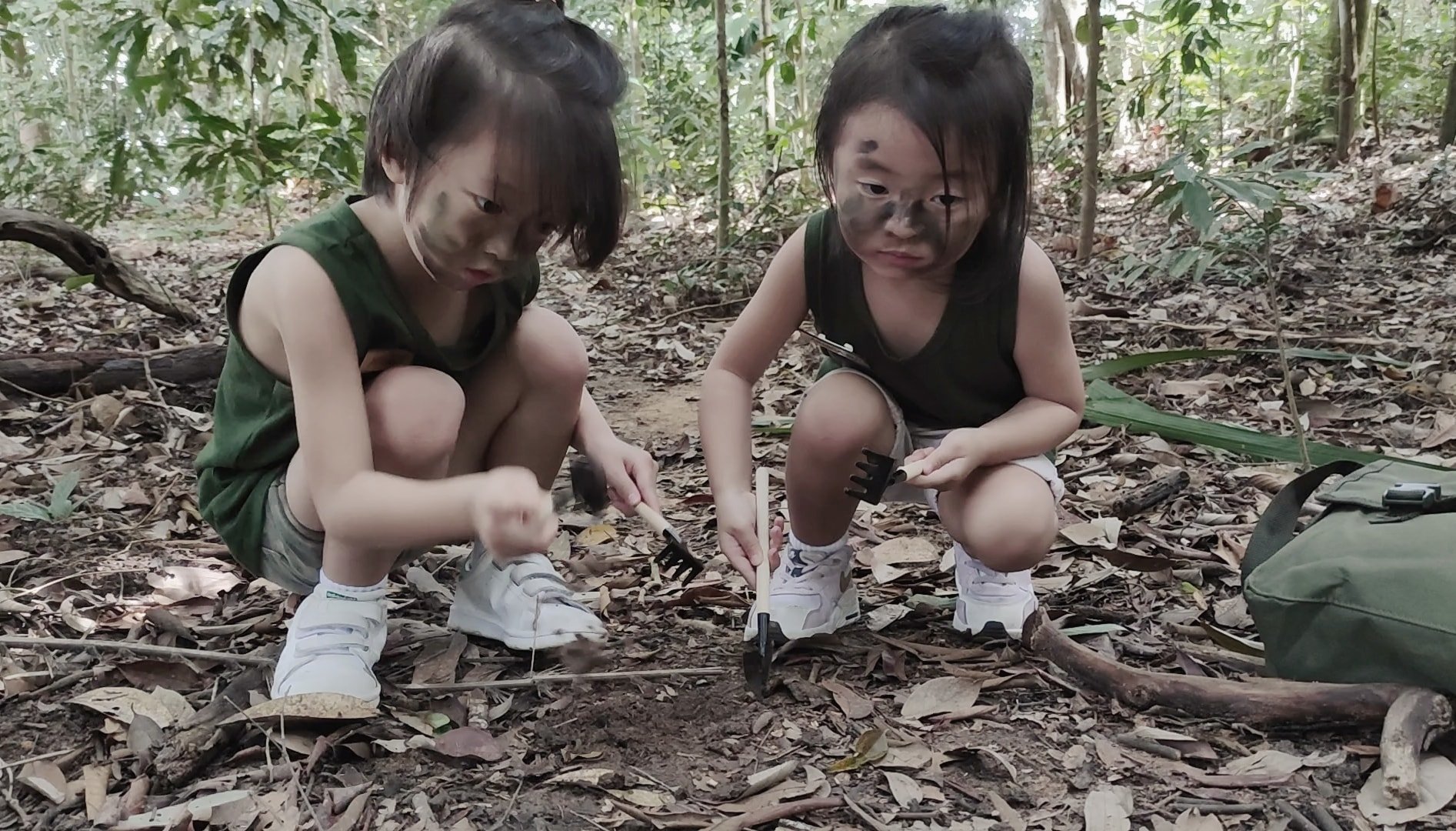 To reward them for the completion of the courses, Mr Eu also created special badges.

Although there was resistance at first, the kids warmed up to the courses which were less tekan and more fun in nature.

These experiences were unique for kids their age to experience and made for a great bonding session as they became more interested in the stories that Mr Eu had gathered from his time in the army. Mr Eu shared with MS News that,

This came as a lesson to them that their Daddy did all these activities in the real army times and slowly they wanted to know what I did in my commando training days such as airborne, 72km road march, etc.

Unlike other kids their age whose parents often take to hotels or malls, Mr Eu’s children will have quite the story to tell about their holidays in the jungle, cooking and eating from mess tins like real soldiers. They even got to put on camouflage makeup when they were trekking in the jungle. 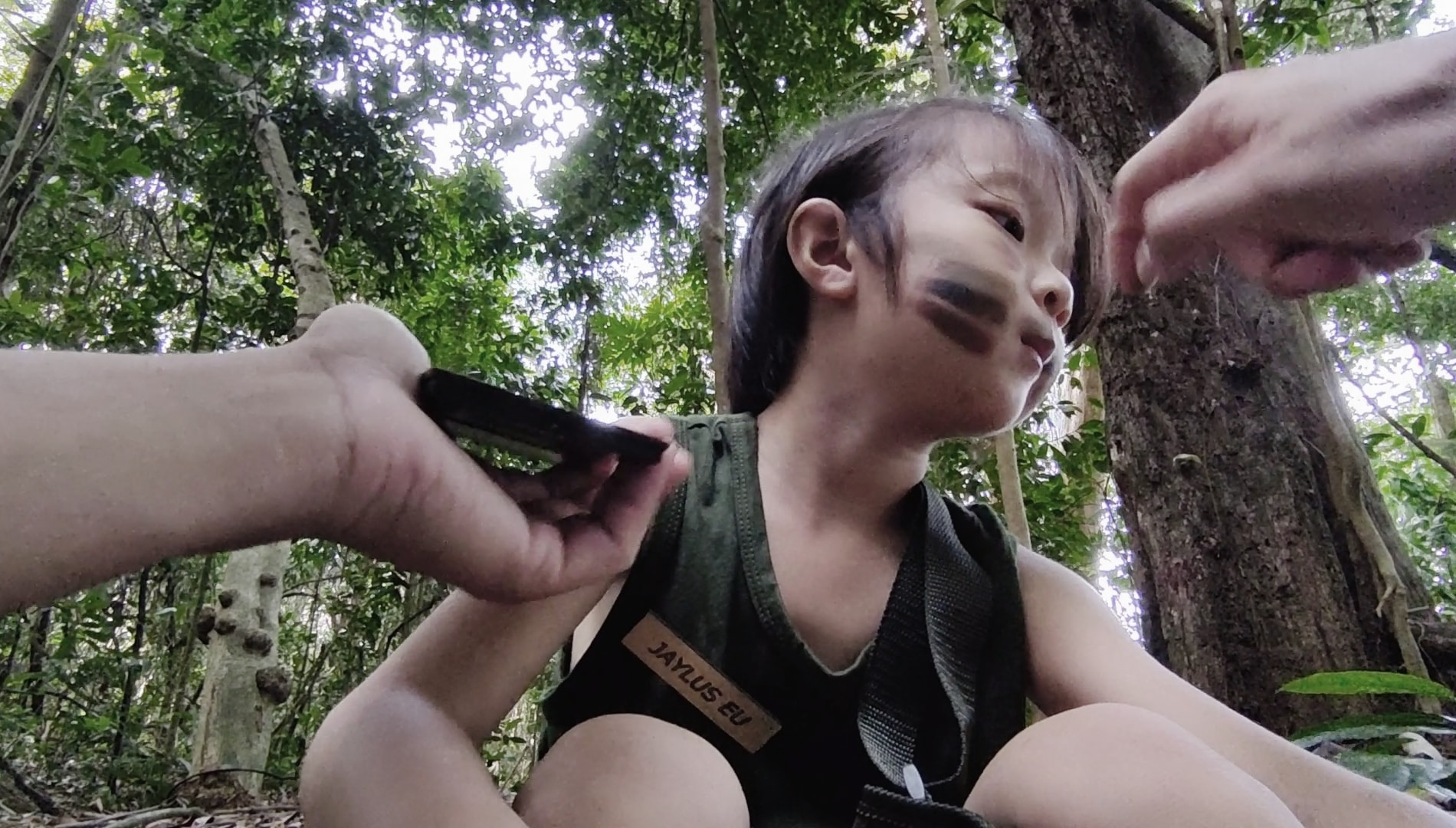 Surely, such activities away from the distraction of phones and TVs helped them foster a stronger bond with each other as family.

Better still, the young children got to learn useful survival skills in a real-life outdoor setting thanks to their father’s adventurous yet family-friendly activities.

Childhood experiences to tell for years to come

Pleasant experiences captured by child-like wonder do tend to stick around in your mind for a while, forming fond memories many tend to look back on with a smile.

For these kids, we’re sure that they’ll tell of this story for years to come. Who knows, they might even do the same for their own children in the future, and create more precious moments together.

Kudos to Mr Eu for his ingenious idea, finding ways to bring his family together through exciting activities everyone can enjoy.