Singapore Government Working With Banks To Defer Capital Payments For 1 Year, If Requested By Businesses

The Covid-19 pandemic has had huge negative impacts for many companies in Singapore. 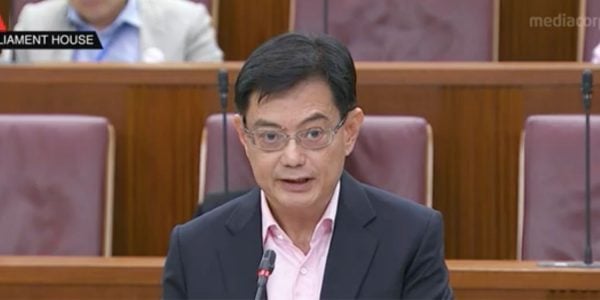 In the speech, DPM Heng, who is also Finance Minister, announced that the Temporary Loan Bridging Programme, originally announced exclusively for the tourism sector last month, will now be expanded to cover businesses across all sectors.

Businesses will now be able to access a maximum loan of $5 million under this scheme instead of the $1 million initially announced.

The interest rates for these loans will be capped at 5% and the government will bear 80% of the risks of the loan.

Companies experiencing difficulties making capital payments for working capital loans and temporary bridging loans can apply to the government, as they’ll be working with banks and other financial institutions to defer such payments for 1 year.

That’s not all. The Monetary Authority of Singapore is working with banks and insurers to deliberate how best they can help firms with their cash flow issues.

The government is also in the midst of considering how “people can be given relief from their legal obligations” that arises a result of the pandemic.

Deferment of income tax for 3 months

Finally, DPM Heng announced that companies and those self-employed are exempted from having to pay income tax.

They won’t even have to make any application for this benefit too.

Companies that are due to pay taxes in April, May and June will only have to pay in July, August, and September.

Meanwhile, self-employed individuals will have their tax payments – due in May, June, and July – deferred by the government

These payments will only be collected in August, September and October.

Swensen’s Will Give 1 Person Free Earthquake Sundaes For Life, Must Dine At Changi T3 Outlet