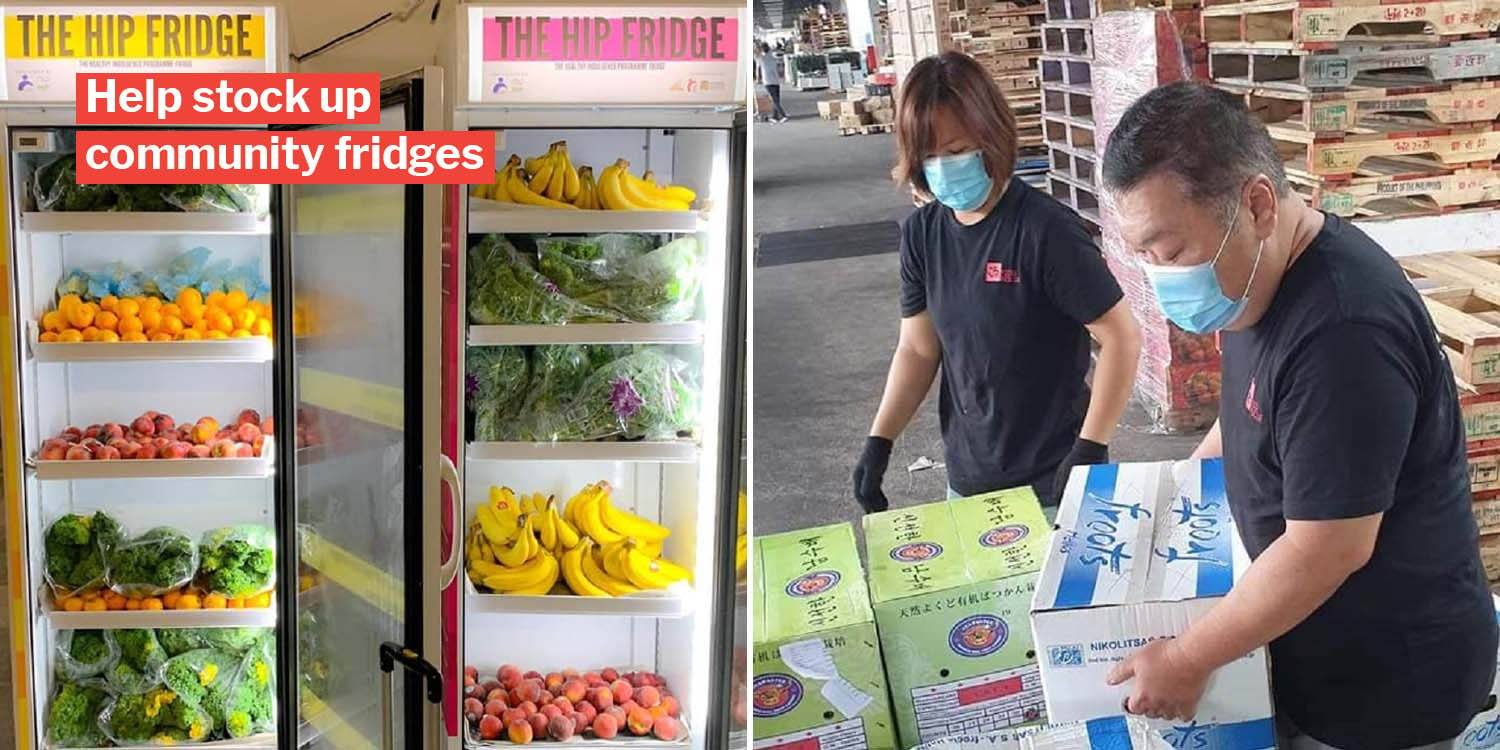 Not all heroes wear capes. Some people have no superpowers, but they’re ready to give a helping hand when people face difficult times.

For example, Janet and Derek – founders of Food Rescue Sengkang – are modern-day heroes. The pair has dedicated long hours to ‘rescuing’ leftover food from restaurants and wholesalers to feed the needy.

An anonymous netizen even shared their story in hopes of nominating them for Mediacorp’s Ode to Our Invisible Heroes initiative. Their efforts have helped feed more than a hundred people daily.

Janet and Derek are the founders of Food Rescue Sengkang. Since 2019, they’ve been dedicated to rescuing food, vegetables and fruits “destined for the bins” to feed the needy.

During these dark times, they’ve ramped up their efforts by participating in endless food rescue missions.

Many restaurants and stores have closed due to ‘Circuit Breaker’, so it seems they’re receiving more calls to rescue fruits and vegetables.

Often, this requires the backbreaking labour of lifting heavy baskets and boxes of food into lorries and vans.

Despite their physical exhaustion, they never give in to tiredness. Instead, they consistently respond as long as people need them.

Besides their daily grind, they’ve also used their own money to give 10 sets of $100 grocery vouchers to people facing hardships due to the pandemic.

Filling up lorries with food

Wholesalers and restaurants have boxes of stocked leftover ingredients so the couple has been filling up lorries and cars with food.

For instance, they were able to fill up a lorry with boxes of rice and pineapple last Thursday (27 Apr). 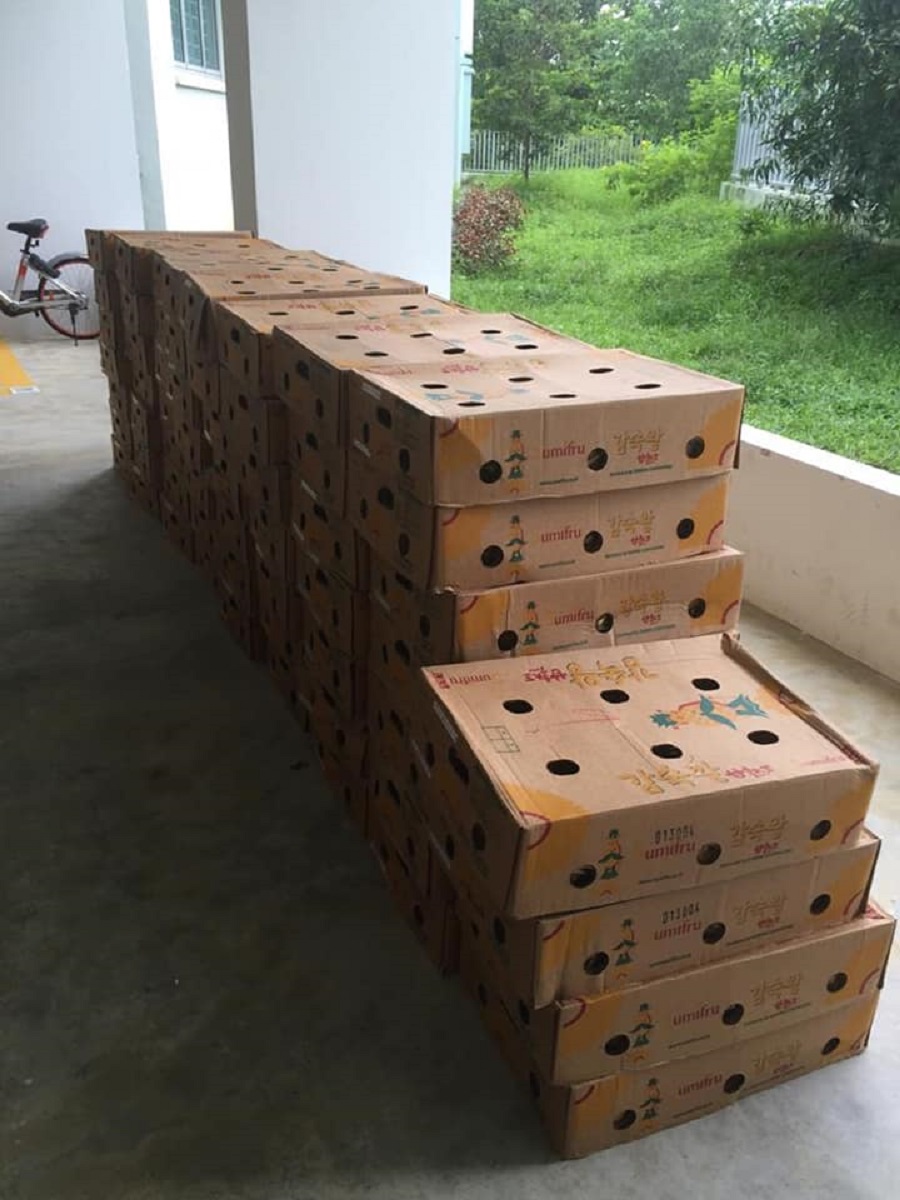 They’ve also sorted packs of bread so they can evenly distribute it to the less fortunate. 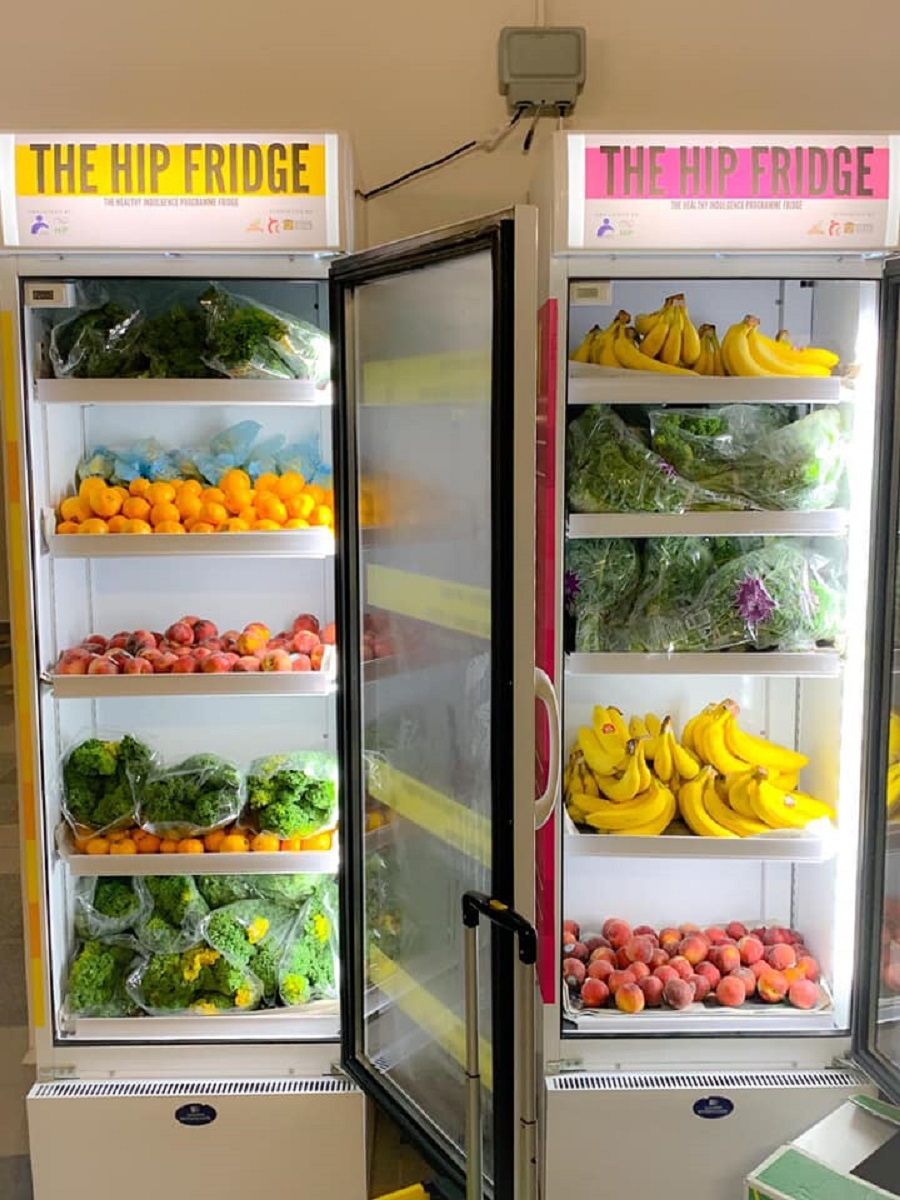 Like fictional superheroes, their initiative doesn’t just require a big heart but also physical strength. Last 30 Apr, their team hauled 2 tonnes of onions into the back of a lorry.

As a testament to their big impact, they shared that they were able to feed around 200 families in the span of one day last April.

The pair announces their food rescues through their Telegram channel – foodrescuesengkang.

Their dedication seems to touch the hearts of people in their own communities because they’ve been getting a lot of new volunteers.

In a post, they shared that more people are lending a helping hand. Drivers are coming forward to help with transport.

Meanwhile, other volunteers have helped them load and unload items into vehicles, or participate in the distribution of goods.

One small step to make a difference

The couple believes all it takes is one small step to make a difference in people’s lives. That’s why they want to make things happen through their actions, instead of waiting for things to happen.

You can never have too many volunteers, so send them a message if you’re willing to give your time and effort to feed the less fortunate.