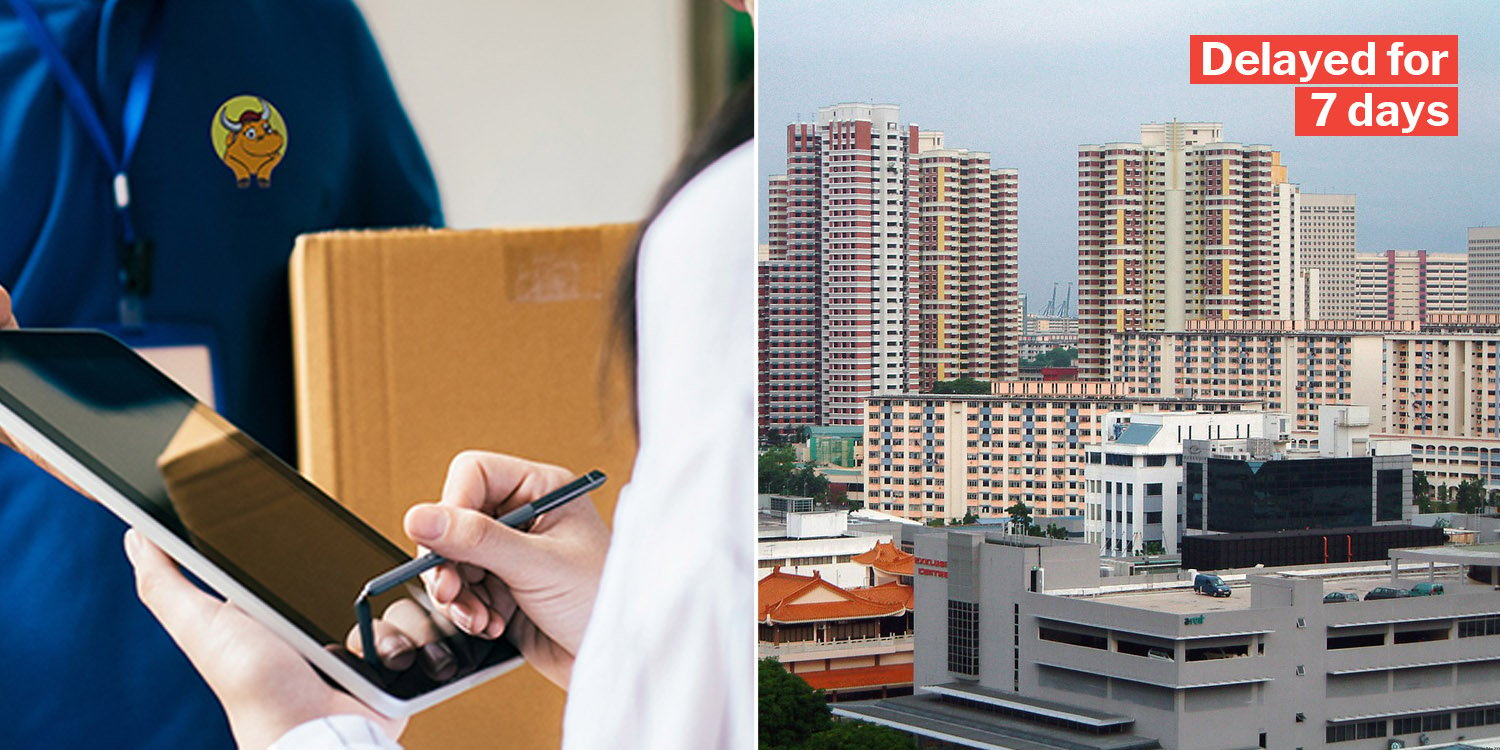 Visiting areas with active Covid-19 clusters can understandably be a pretty worrying experience.

Yet essential services are still required in these areas so residents can go about their daily lives.

Recently, however, a netizen took to Facebook to voice her displeasure about a delivery company that refused to deliver to her address in Bukit Merah. 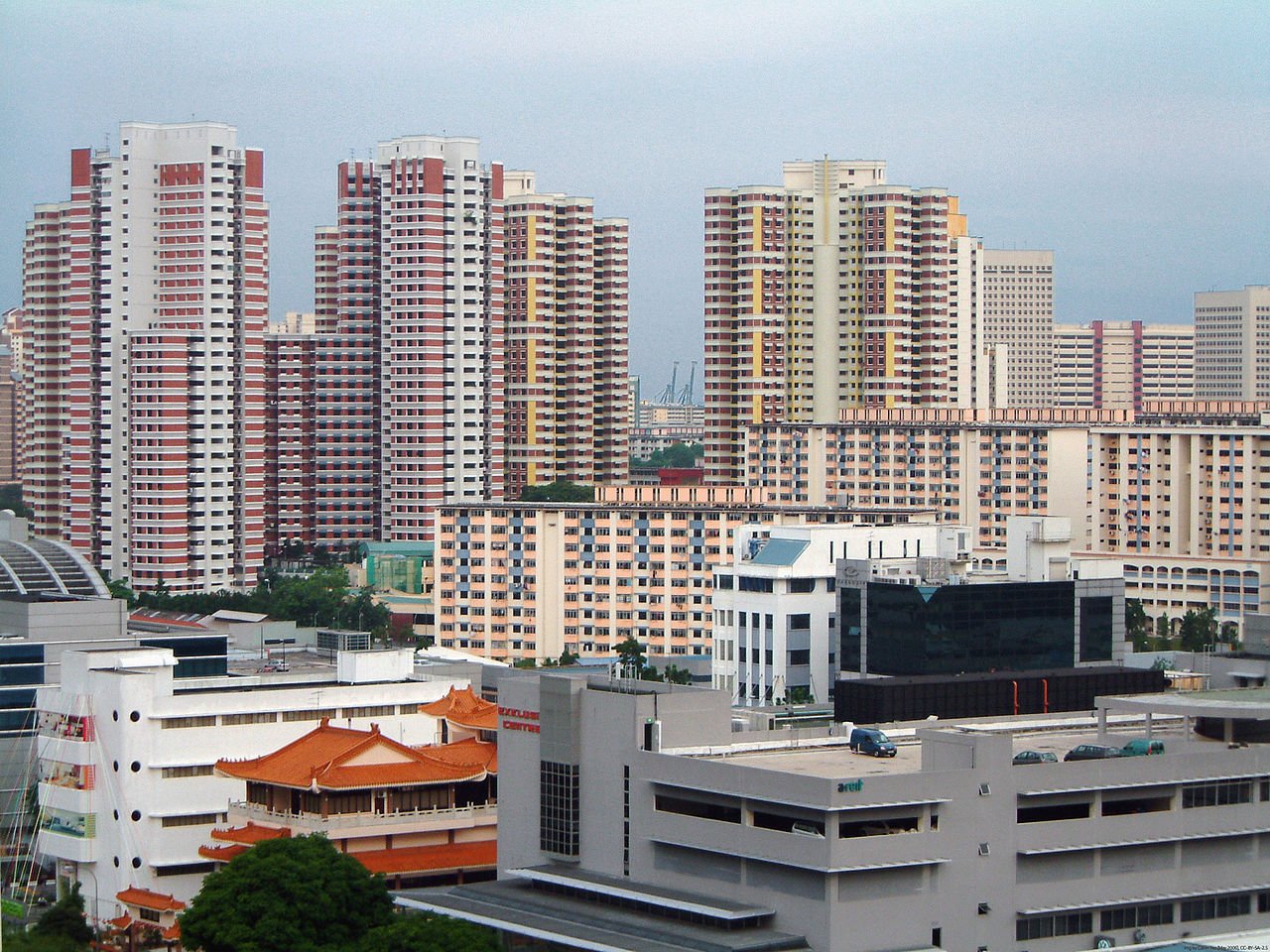 The company has since clarified that they had merely postponed the delivery by a week in light of Bukit Merah being a high-risk area.

Bukit Merah resident complains about courier not delivering to area

On Friday (25 Jun), Ms Colleen took to Facebook to lament about a courier company’s refusal to deliver goods to an address in Bukit Merah. 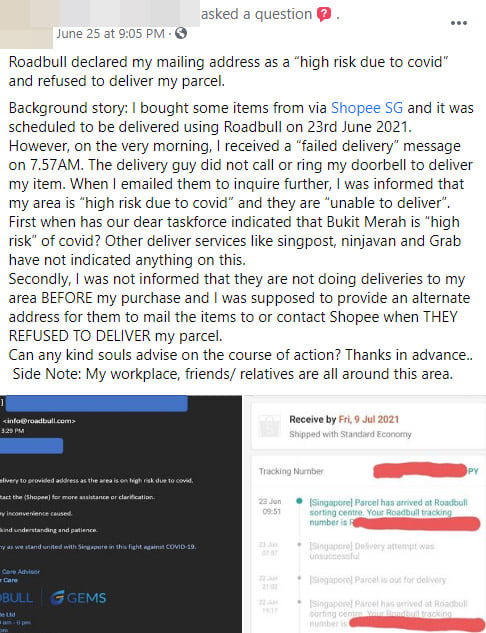 The Bukit Merah estate has seen a number of clusters emerge over recent weeks.

Bukit Merah Has 2 New Covid-19 Clusters, FairPrice Visitors There Urged To Get Tested

Ms Colleen shared that her Shopee purchase was to be delivered by Roadbull on 23 Jul. 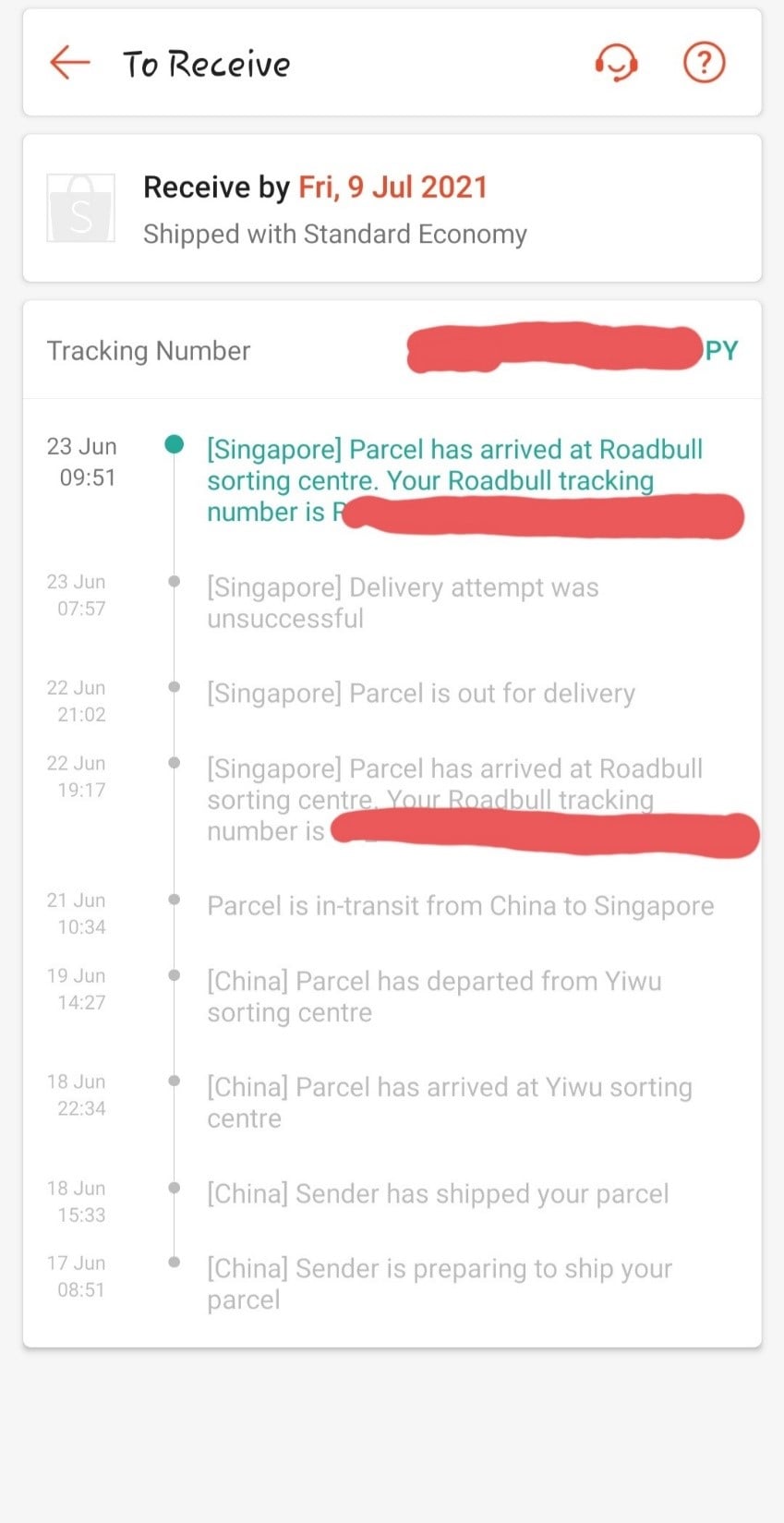 However, that morning, she received a message indicating a “failed delivery”.

What’s perhaps stranger is the fact that nobody had attempted to call her or ring her doorbell.

Ms Colleen thus emailed the courier to probe further. In response, the delivery company informed her that they were unable to make the delivery as the area is “on high risk due to covid”. 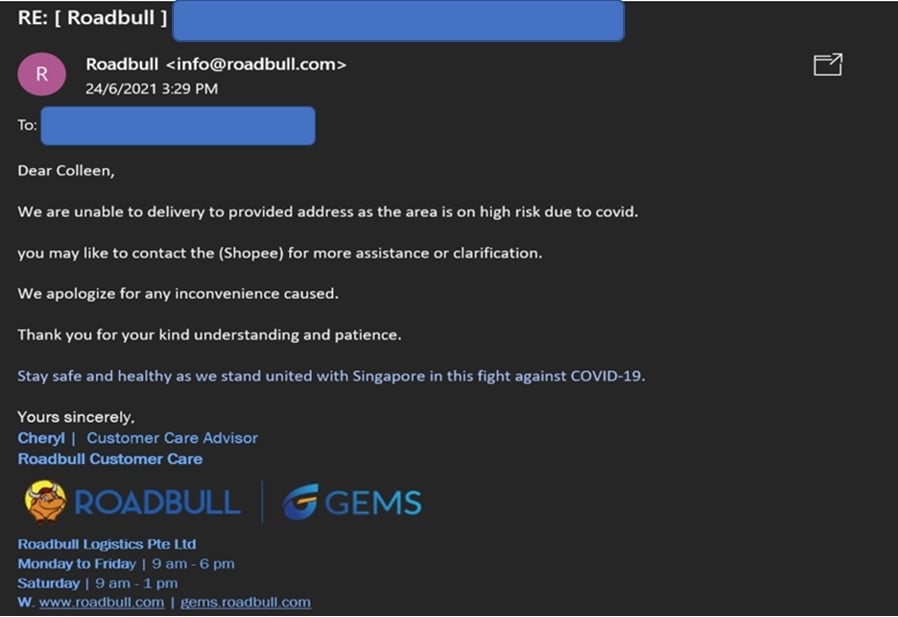 They also apologised for the inconvenience and advised her to contact Shopee instead.

Despite the clarification, Ms Colleen remains upset as she reportedly wasn’t informed of the restrictions prior to her purchase.

In response to Shin Min Daily News’ queries, Roadbull clarified that they had refused the delivery due to ongoing mandatory testing programmes at the location. 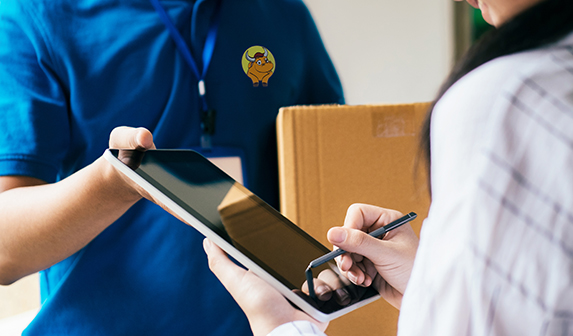 They added that customers may opt for delivery to another address in the meantime.

However, deliveries to the area have since resumed following a 7-day ‘cooling period’.

They will reportedly proceed to deliver the affected packages within 2 days of the resumption.

Indeed, on 28 Jun, Ms Colleen provided an update confirming that she had received her parcel.

It’s only understandable for Ms Colleen to feel frustrated at not being able to receive her parcel on time due to the company’s policies.

However, each company has its own set of safety protocols, and in Roadbull’s case, visiting such ‘high-risk’ places is probably, as the term defines it, too risky.

Are there other ways where delivery companies can protect their staff while ensuring customers get their parcels on time? Let us know your suggestions in the comments.