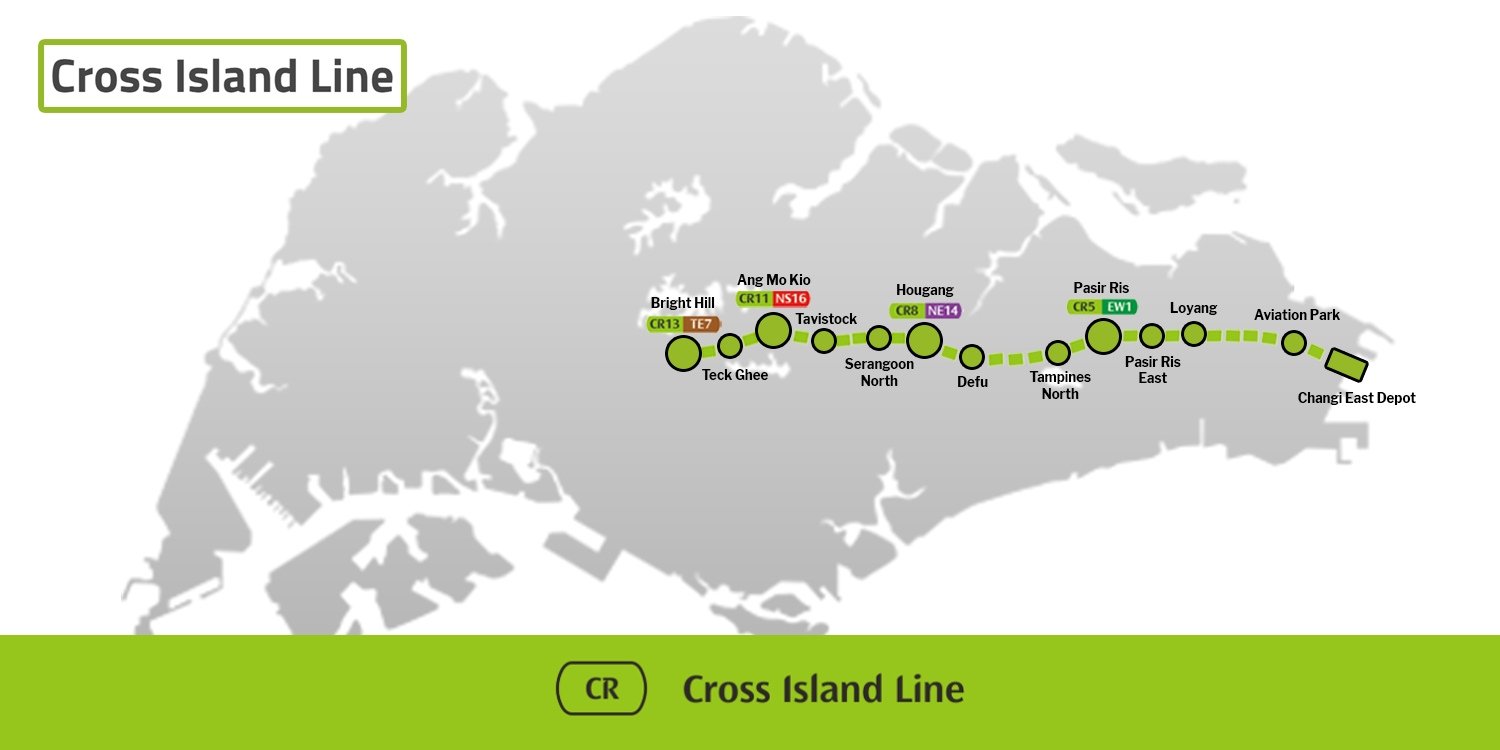 The Cross Island Line (CRL) – aka Light Green Line – has finally been green lit, after 6 years of discussions on how to balance nature conservation & construction costs.

Here’s a look at the plan that will see us through to 2029 when the first half of the CRL is expected to be up and running. 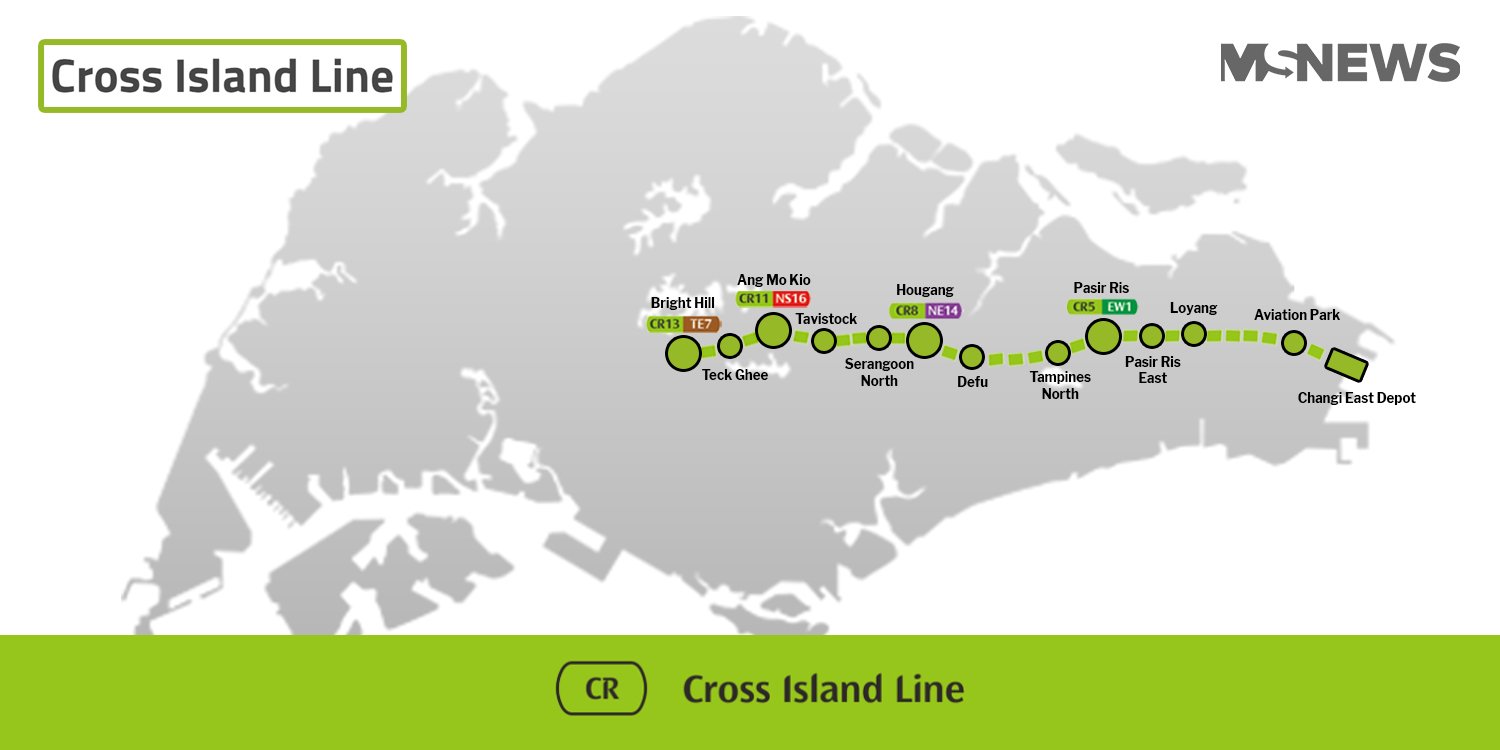 Do note that this map we have created isn’t geographically accurate and is for illustration purposes only.

Ang Mo Kio residents will have much to rejoice about, barring concerns about human traffic during rush hours. 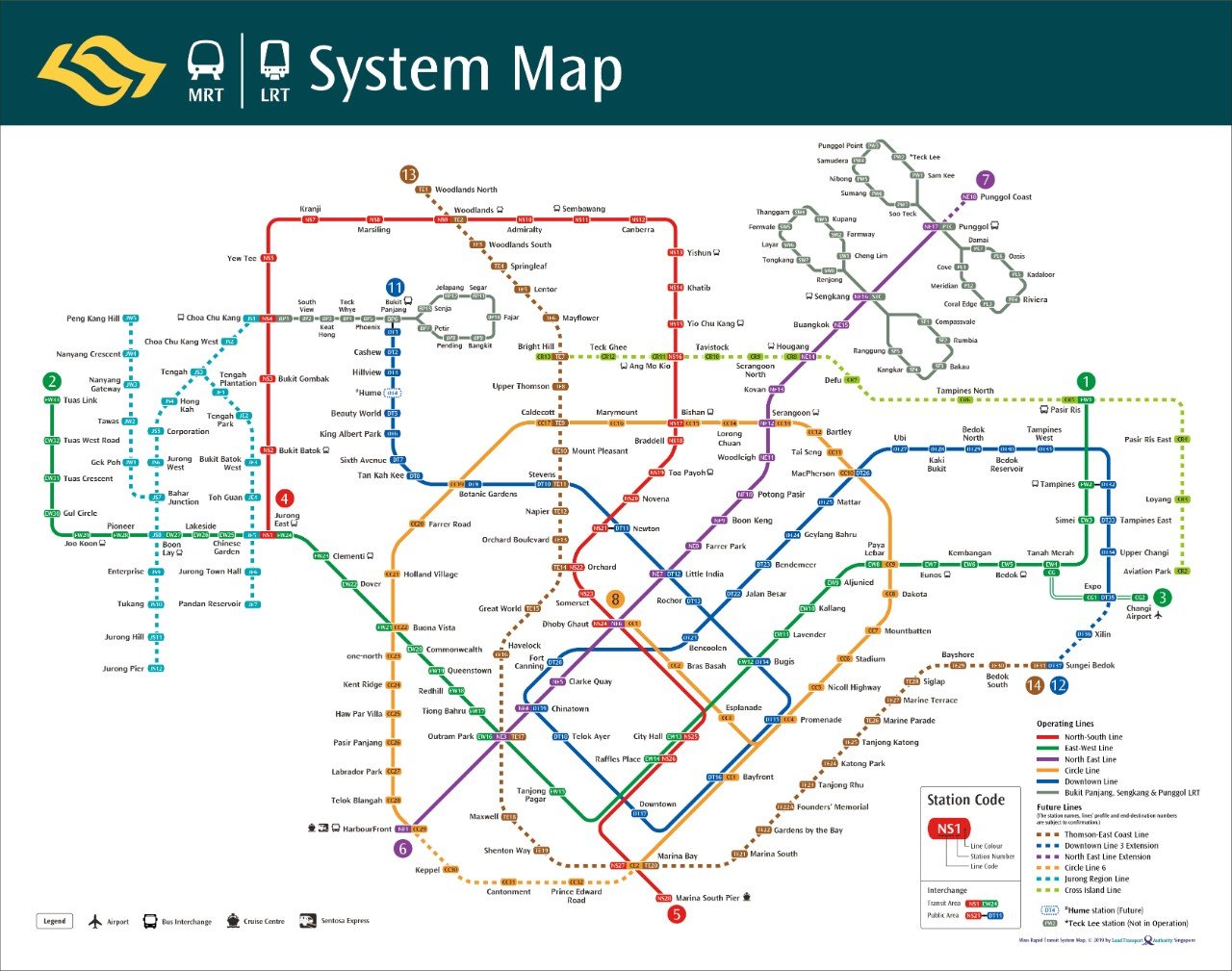 Pasir Ris to Hougang in 3 stops instead of 12

For instance, getting from Pasir Ris to Hougang MRT currently requires these steps:

With the CRL, commuters will get from Pasir Ris to Hougang in just 3 train stops, greatly cutting down travelling time.

We’ve previously reported on how a trip from Punggol to Pasir Ris is also expected to only take 15 min by train here.

For future reference, here’s the complete list of confirmed Phase 1 stations and their interchanges: 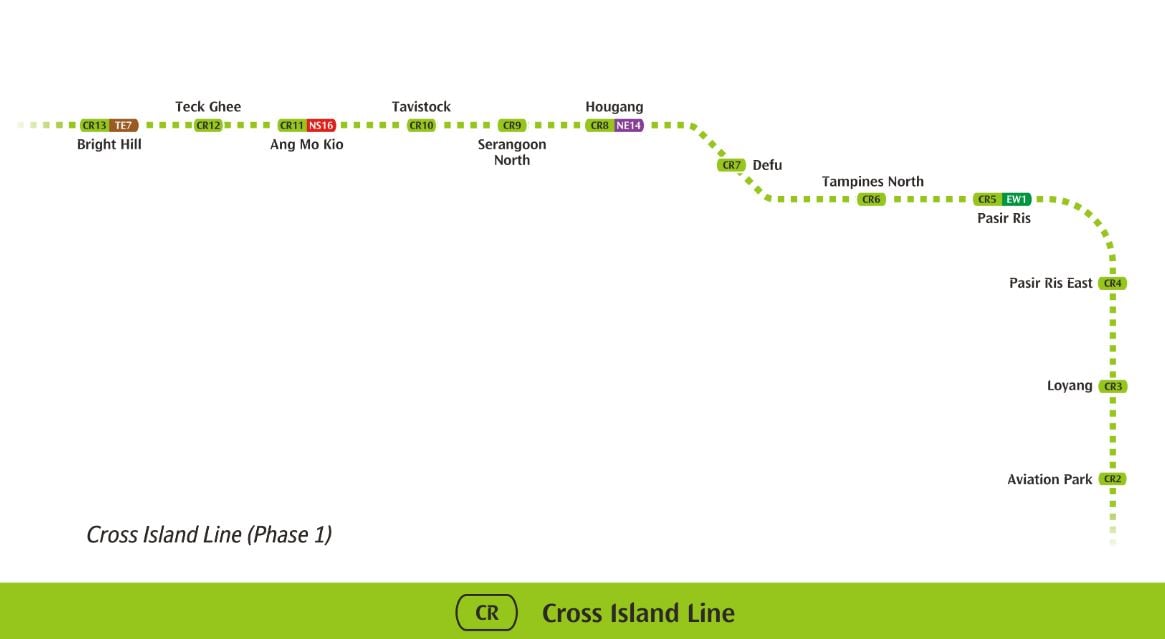 Bright Hill’s interchange will help link commuters working in the Woodlands & Stevens area back home to heartland districts like Hougang and Pasir Ris via the Cross Island Line.

When plans to construct the Cross Island Line were first released, conservationists were concerned about the environmental impact of the train tracks cutting across nature reserves.

Land Transport Authority’s (LTA) solution to construct a direct line, and minimise disruption to nature, is to drill down deep to bedrock to build an underground train tunnel. 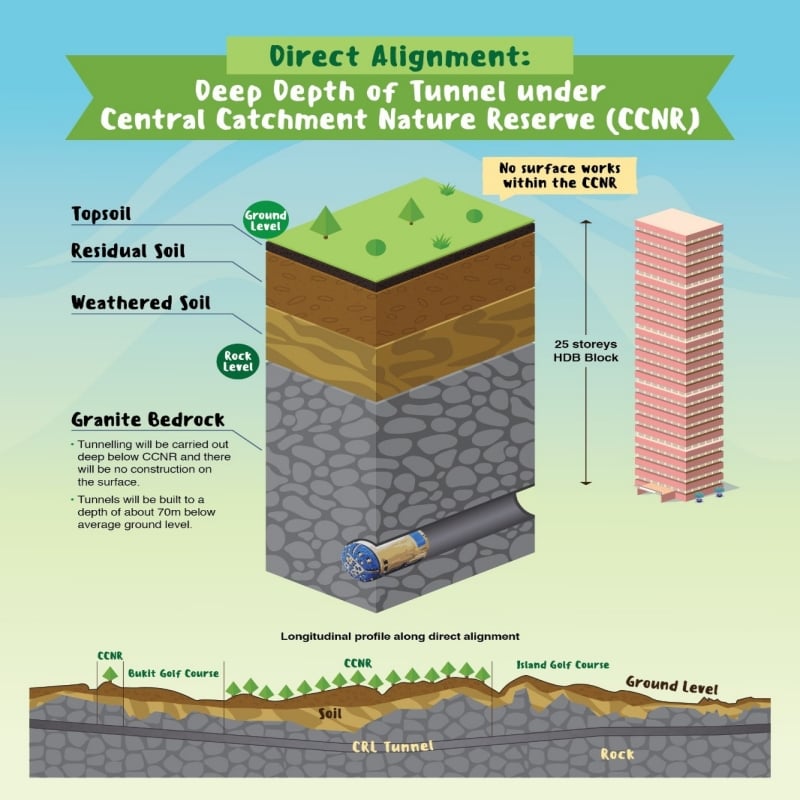 On average, the tunnel will be built 70 metres underground. That’s 25 storeys below ground level on granite bedrock.

LTA also confirms that there’ll be no construction on the surface, and the CIL will be the deepest underground train line after the Downtown Line’s Bencoolen MRT (43m) and Promenade MRT (42m). 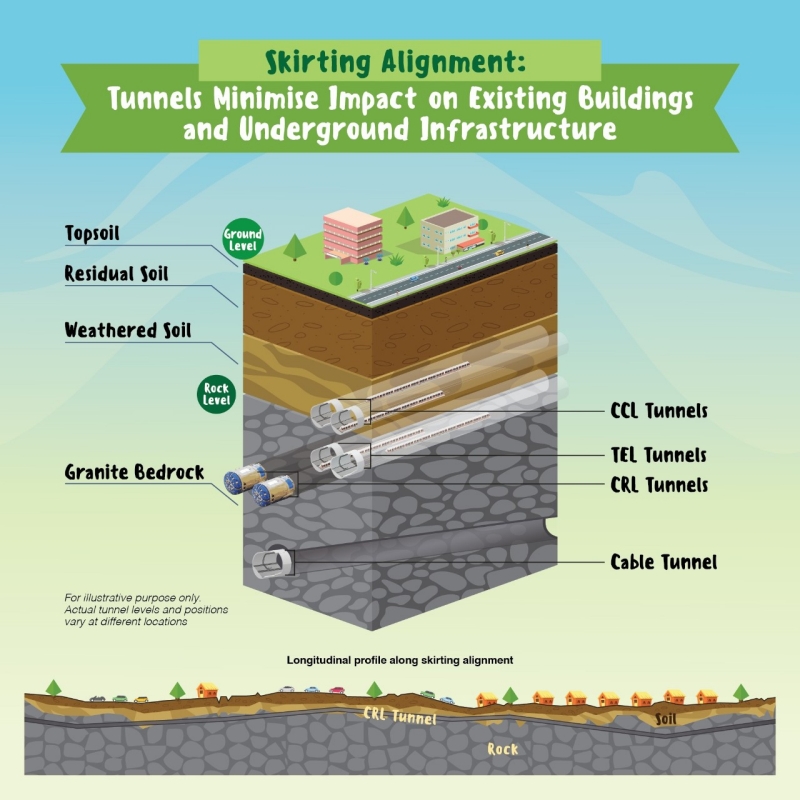 As opposed to the skirting route, a direct line will reduce travel time by 6 minutes and construction costs by a whopping S$2 billion.

Ministry of Transport also claims that the direct line will be more “environmentally friendly” in the “longer term” as it has a “lower energy consumption”.

About 2 years till construction begins

TODAY reports that the next steps will be to await “advanced engineering studies” which “typically take up to 2 years”, before construction on the rail begins. Tenders for the project, however, have already been launched. 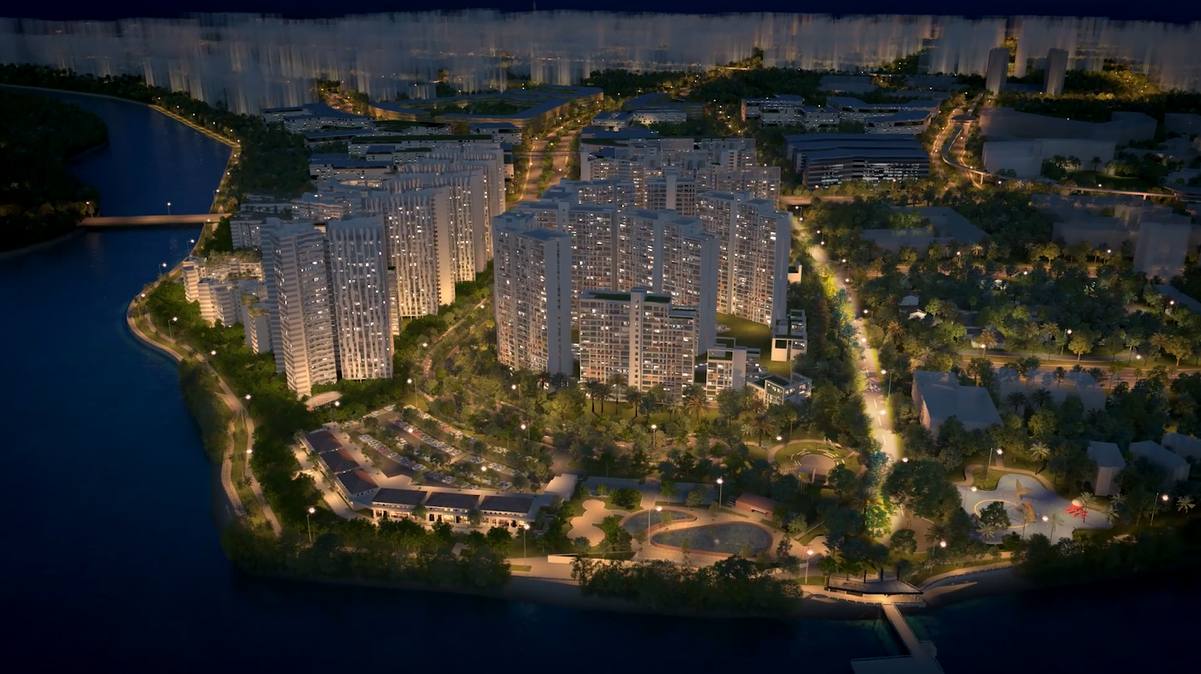 LTA expects the Cross Island Line to support upcoming BTO neighbourhoods in the North-East of Singapore, like Punggol, Hougang & Sengkang.

Current plans for the CRL are only the tip of the iceberg as the final line will have 30 stops, continuing along the central to west side of Singapore.

Along with these 12 confirmed stops, we can expect another 18 stations to be built in stages by 2030.

Are you looking forward to the new Cross Island Line? Or do you still have concerns about the environmental impact of the new train tunnels?

Cross Island MRT Line Gets You From Punggol To Pasir Ris In 15 Min, Phase 1 Opens In 2029