Cyclist & Child Spotted Riding Bikes On ECP, Netizens Caution Them Not To Use Expressway 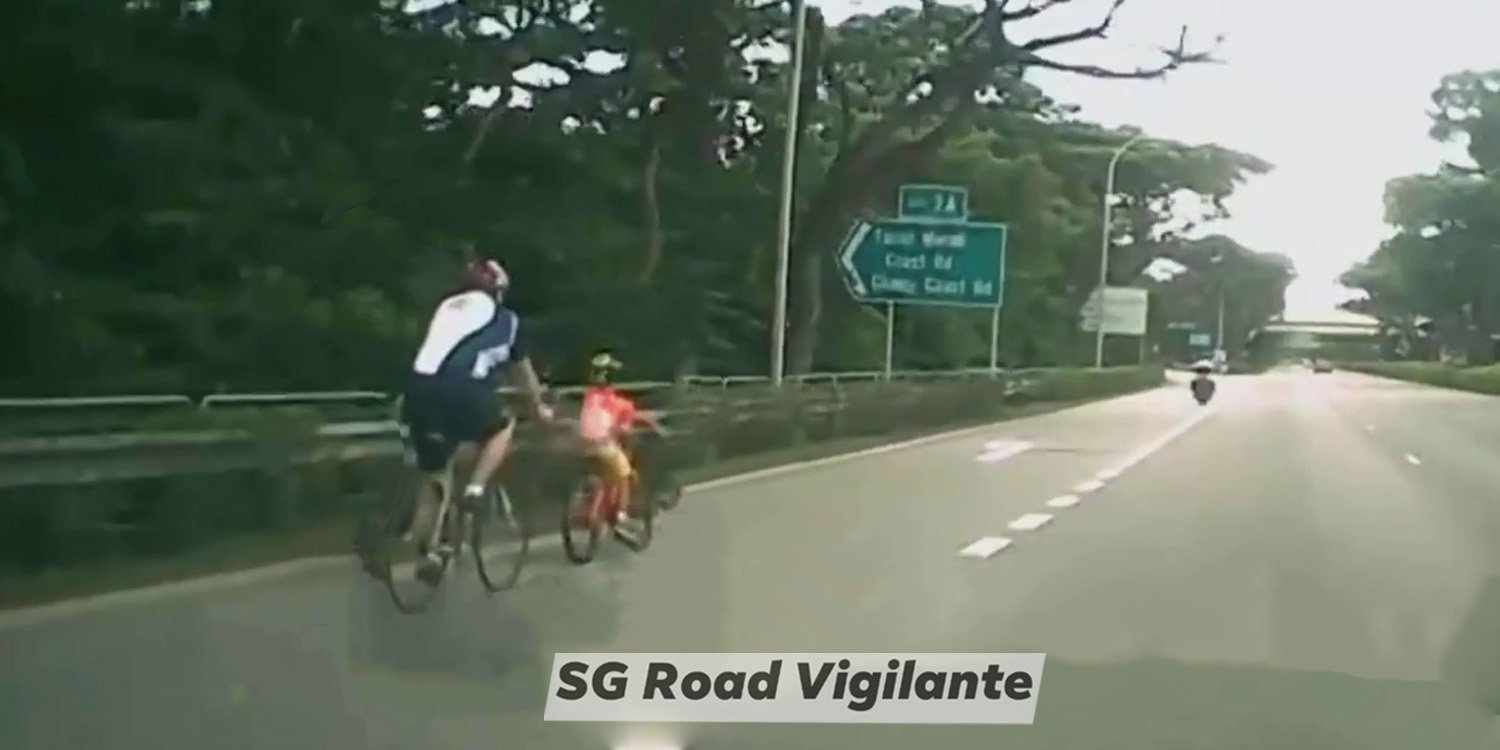 You can't cycle on expressways.

Cyclist & Child Spotted Riding Bikes On ECP, Offenders Risk Getting Fined Up To $2,000

Riding bicycles has grown in popularity over the past few months as it’s a great way to explore Singapore while borders are closed. However, a cyclist must keep safety in mind when doing so.

A man and child were seen cycling along a stretch of the East Coast Parkway (ECP) on Sun (20 Dec) afternoon.

On top of their safety, those who do so risk getting a fine and jail time.

In a video shared on SG Road Vigilante, an adult and child could be seen cycling along a slip road on the ECP towards Tanah Merah Coast Road on 20 Dec, at about 1pm.

The male cyclist, likely the parent or guardian, was cycling behind the child. 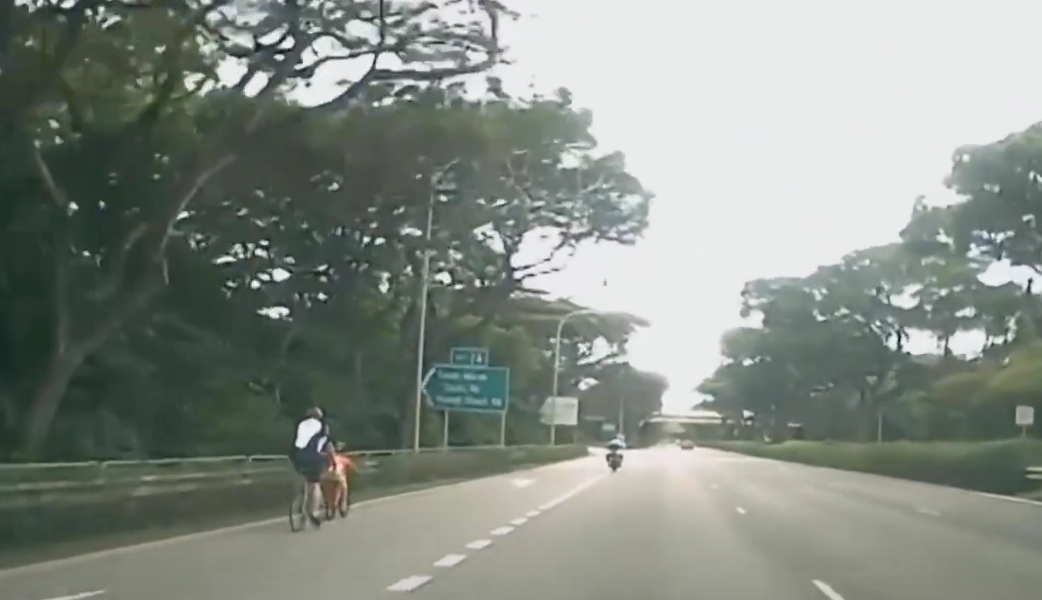 The older cyclist appeared to be riding a road bike while the child was riding a smaller kid’s bike with a straight handlebar. 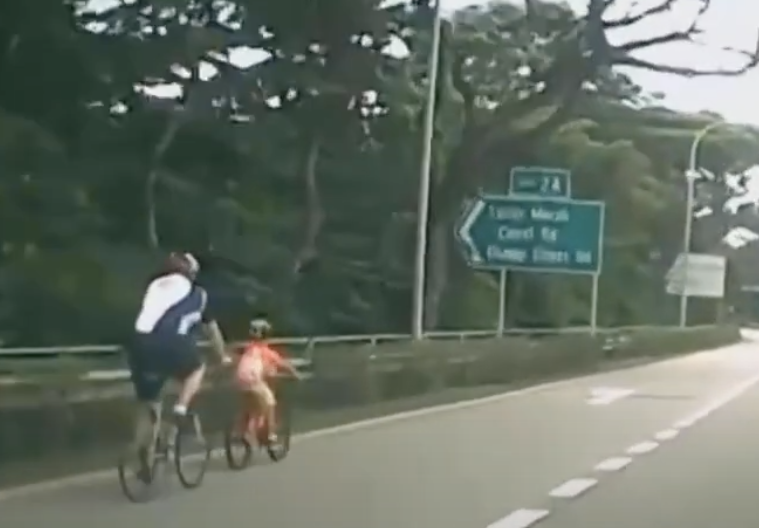 A Facebook user commented that the duo could have lost their way and mistook the expressway entrance for a normal road.

Another netizen said the police should take measures to ensure the safety of cyclists and other road users.

Perhaps signs could be placed to warn them that entering expressways is prohibited.

Cycling not allowed on expressways

While cyclists are allowed to ride on normal roads, provided they have helmets and lights, cycling on an expressway is prohibited.

According to One Motoring, bicycles and power-assisted bicycles are not allowed on expressways and their tunnels. 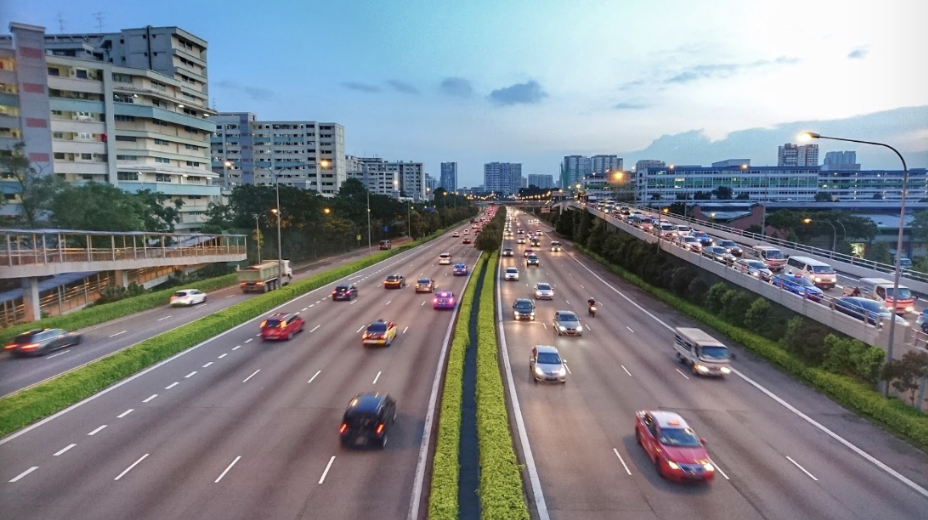 In a statement on 2 Nov, the Singapore Police Force (SPF) reminded cyclists to refrain from riding on expressways as vehicles travel at higher speeds.

This came after a woman lost control of her bike and collided into a bus.

Cyclists found riding on expressways can be fined up to $2,000 or receive up to 6 months’ jail.

Important to ensure safety when on the road

Thankfully the adult and child were not involved in an accident despite the higher speed of vehicles on expressways.

While cycling is a great way to keep fit and commute to work, one should ensure their own safety and that of others, especially if they are supervising younger cyclists.