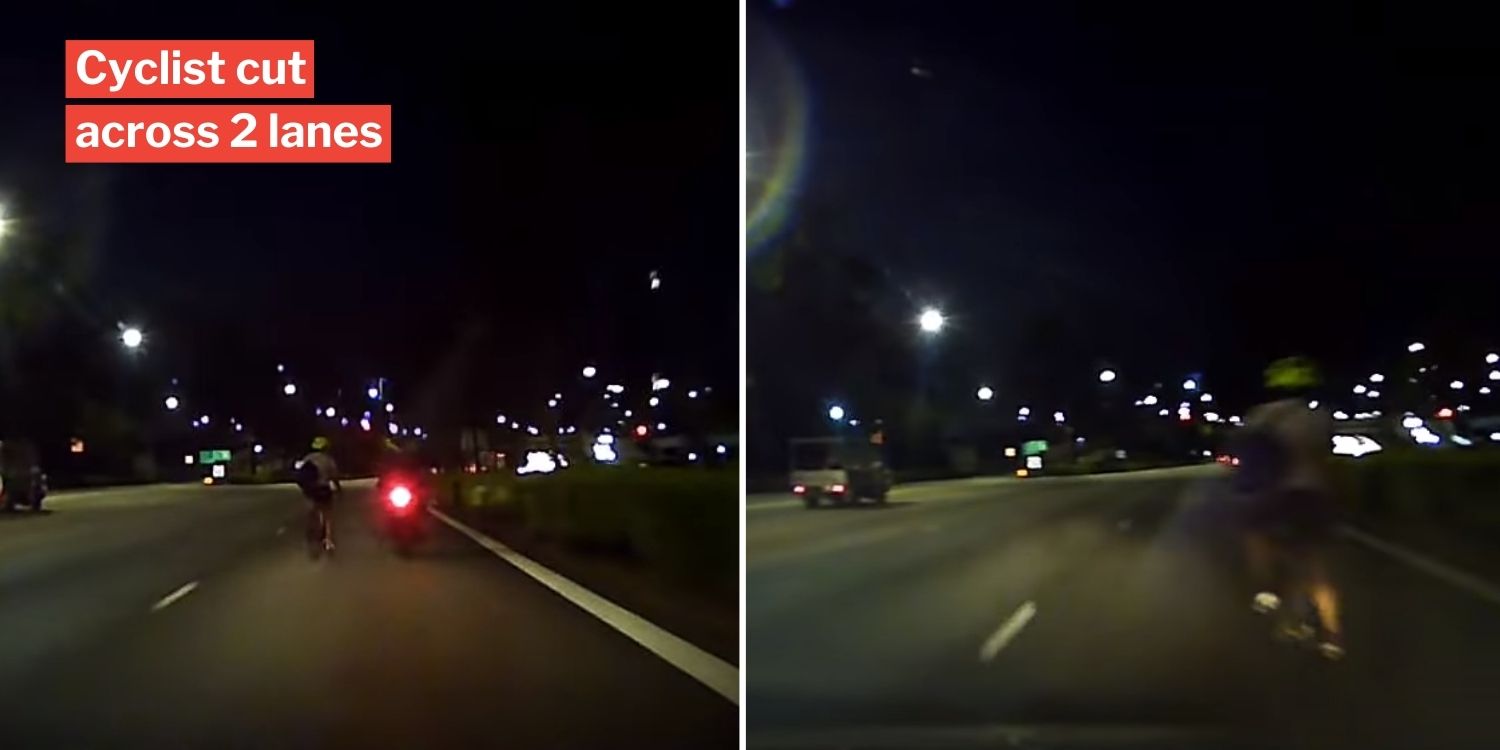 An audible "woah" could be heard at the near-miss.

Car accidents have been on the rise of late, reminding us that road safety is paramount. For a driver travelling along the Ayer Rajah Expressway (AYE) one night, a close brush with a cyclist made that message clear.

He uploaded a dashcam footage of the incident on YouTube, hoping to warn other road users.

The clip also went viral on Facebook page ROADS.sg, with over 2,300 shares at the time of writing.

Cyclist travels along AYE at night

In a YouTube video uploaded by the driver Gabriel Lim, the dash cam footage of a car showed a near-fatal accident that happened on Saturday (17 Oct) at 7.25pm along the AYE.

He was cruising along the rightmost lane when a cyclist appeared from his left, catching him by surprise. After a motorcycle overtook the cyclist, he rode across the right lane without noticing Mr Lim’s car directly behind. 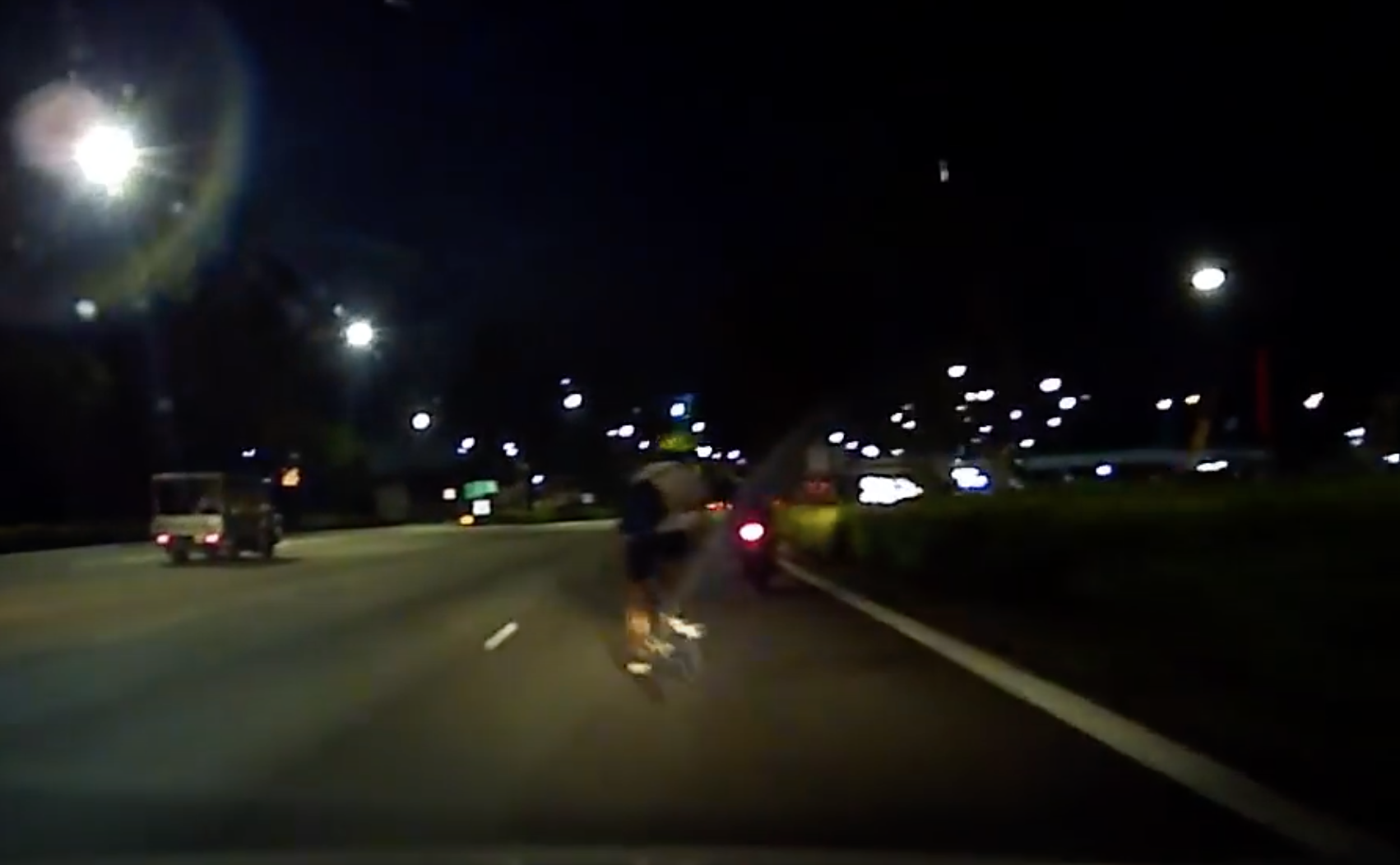 Thankfully, Mr Lim’s lightning quick reflexes helped him to swerve slightly to the left to avoid colliding with the cyclist, who noticeably had no lights on. 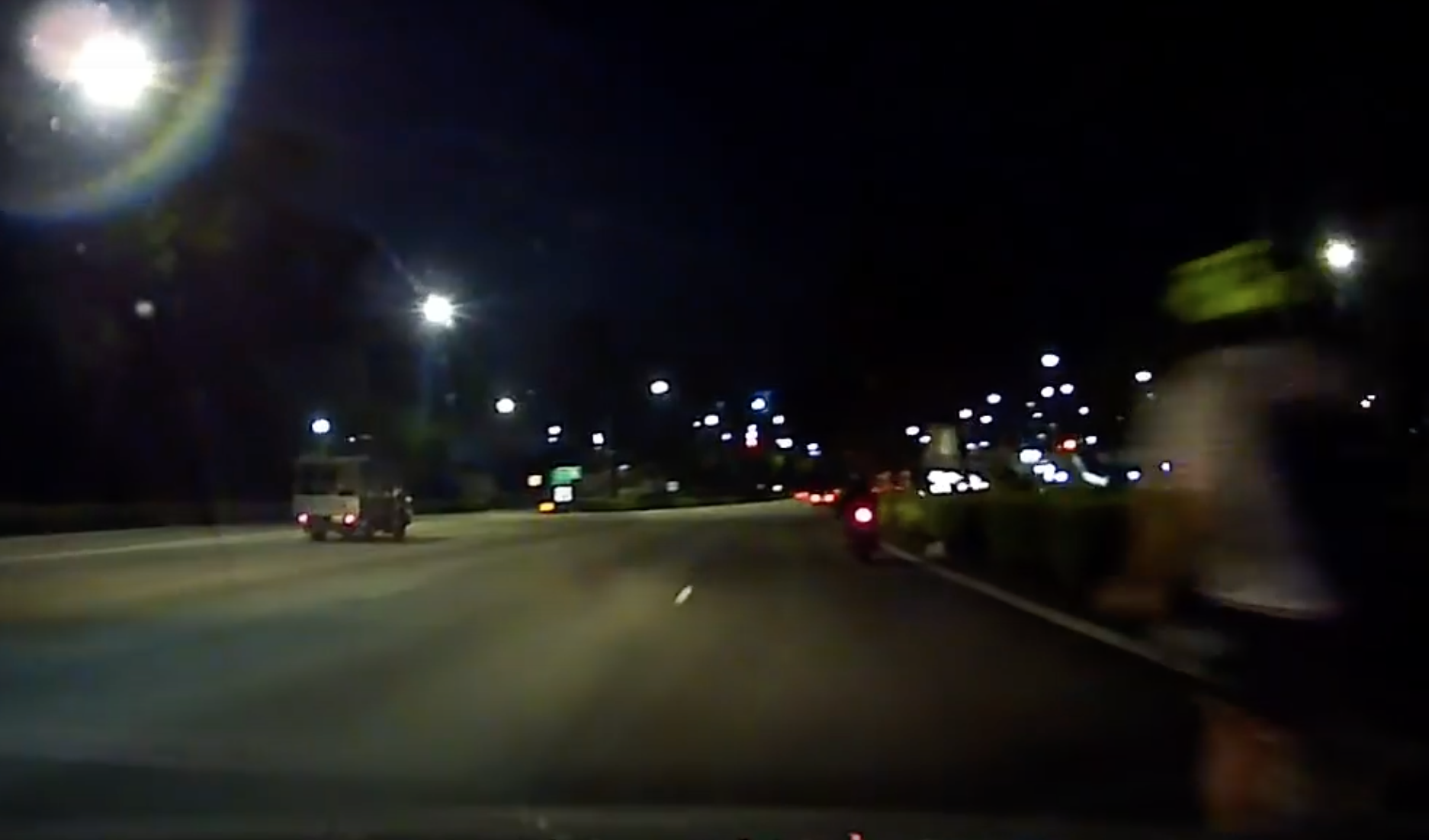 You can also hear an audible “woah” from a woman in the video after what could have been a near-fatal accident.

Mr Lim told MS News that had an accident occurred, it would have caused “unimaginable distress” to him and his family, not forgetting heartbreak for the cyclist’s loved ones too.

He has not made a police report about the incident.

Rules for cycling on roads in Singapore

According to the Highway Code, the cyclist violated several rules with his actions. They include:

The cyclist’s bicycle also did not have a red backlight, which is mandatory when riding at night or during low visibility. 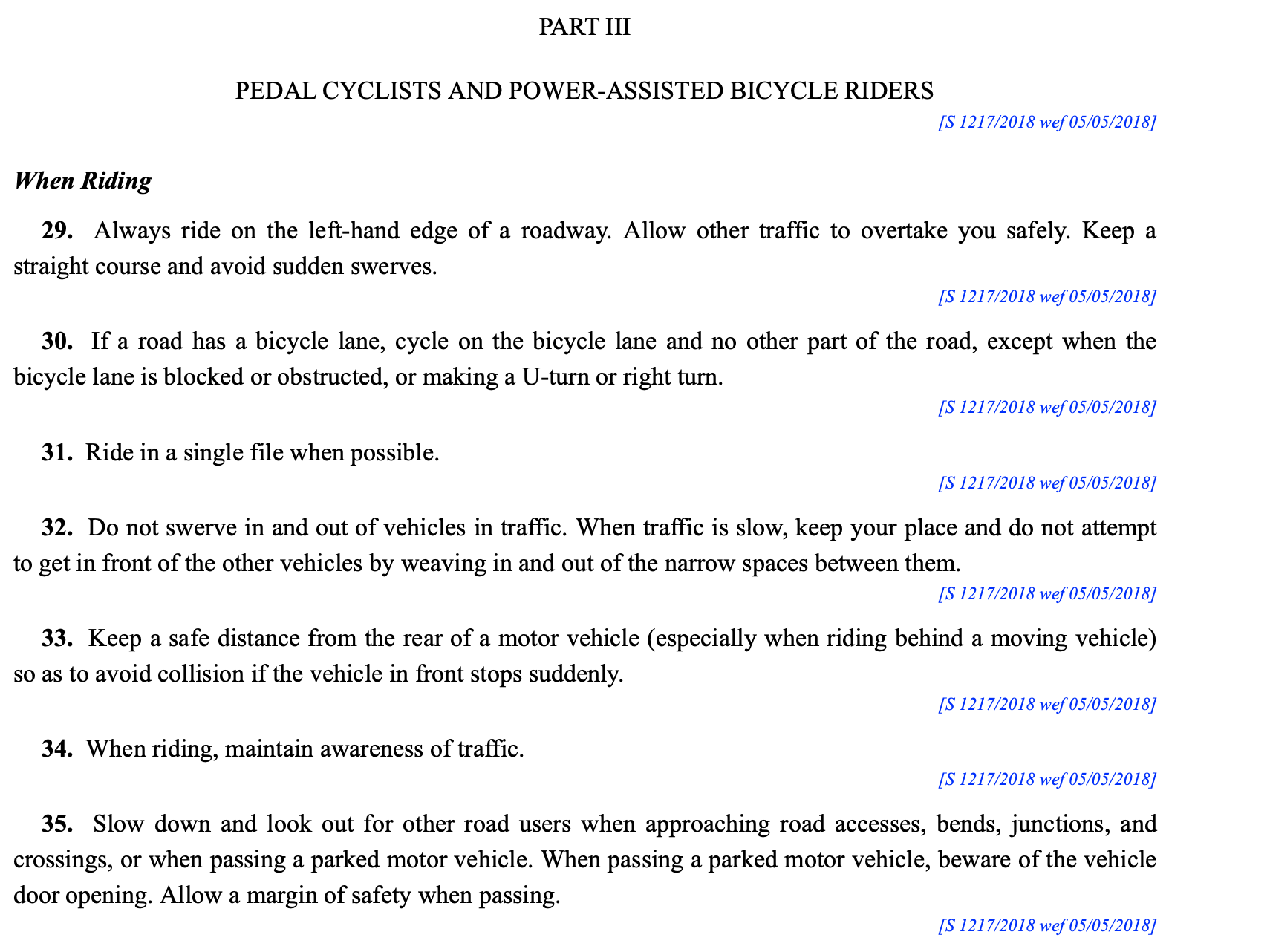 Most importantly, cyclists shouldn’t be on expressways at all costs.

Observe road rules to ensure safety for all

Indeed that was a quick reflex on the part of the driver who narrowly missed the cyclist. We commend his alertness, and shudder at the thought of the aftermath should he have crashed into the cyclist.

We hope that the cyclist is safe, and will remember to adhere to the rules next time he decides to cycle on the road.

Road rules are in place to prevent accidents, and we hope all users will obey them to ensure everybody’s safety.