Roads with heavy traffic are typically kept clean and free of debris, as they pose a great danger to vehicles travelling at a high speed.

An occasional slip-up is proof of that. Recently, a cyclist ran over a piece of road litter while cycling in Boon Lay.

As a result, he was flunked from his bike and tumbled head over heels onto the road. 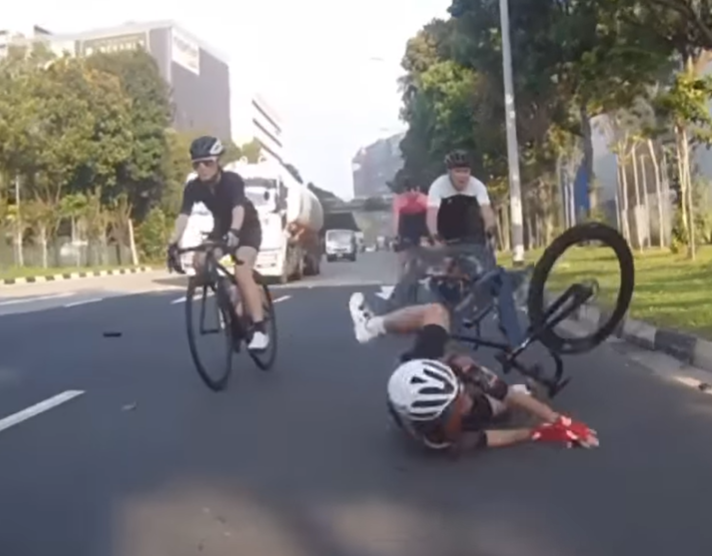 This incident serves as a reminder for all road users to be cautious of debris when travelling.

On Wednesday (21 Apr), a video posted on the SG Road Vigilante Facebook page shows the whole process of the alarming accident.

The incident seems to have occurred on Jalan Buroh in Boon Lay on Saturday (17 Apr).

The footage initially shows a cyclist signaling road conditions to his fleet behind.

Perhaps too caught up in making signals, the cyclist failed to notice the metal shackle lying right in front of him. 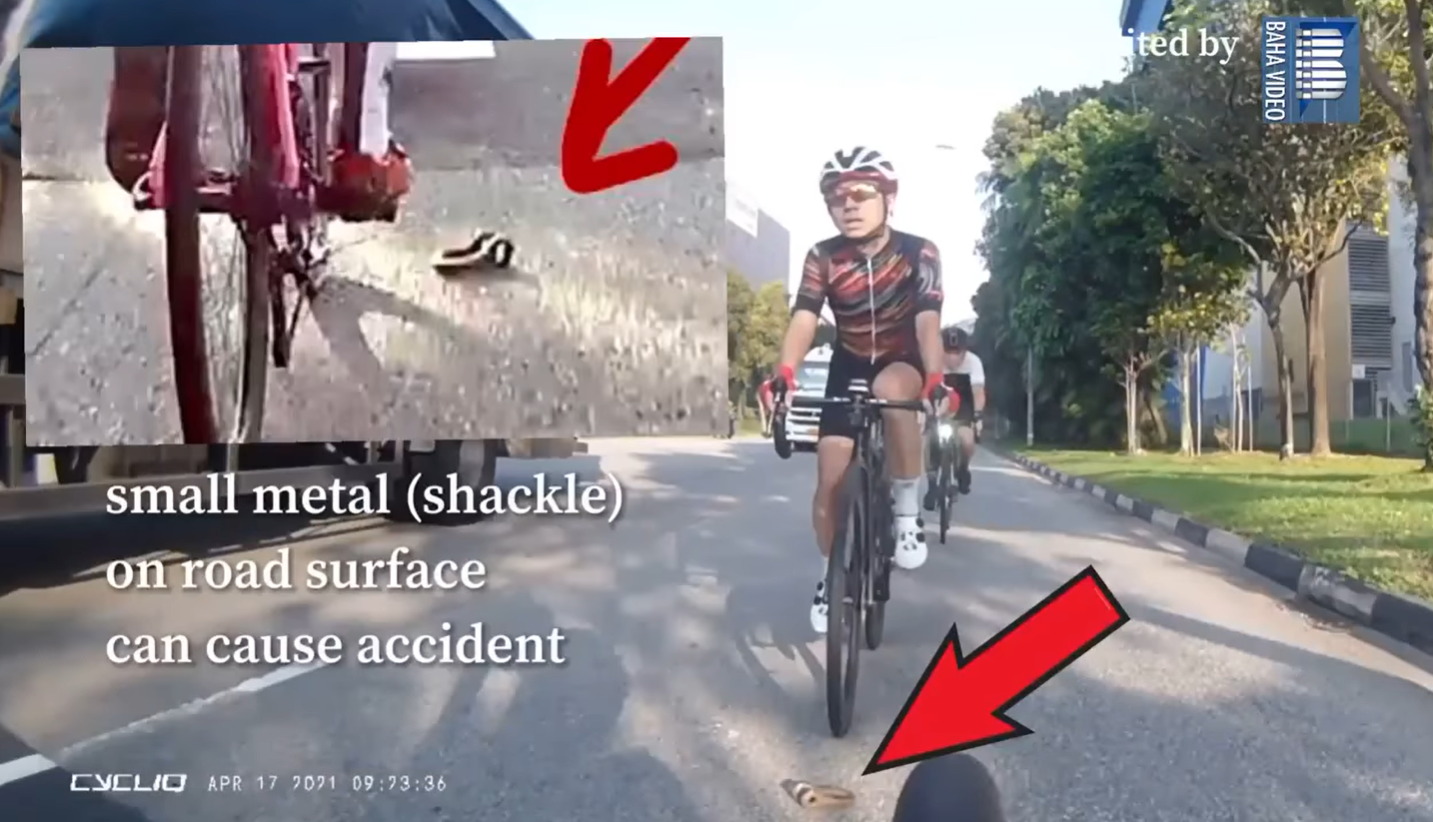 A second later, he ended up running over the metal piece, which caused him to lose his balance and fall from the bike.

Perhaps due to the speed at which he was travelling, the impact of the fall seems rather significant.

The cyclist’s bike was flung to the roadside grass patch, while he fell on his back and sustained injuries.

Luckily, he was wearing a helmet, which protected him from head injuries.

However, given that lorries and heavy vehicles frequent roads in the area, such incidents can pose far greater risks.

Be cautious of road litter

Beyond the horror of seeing the cyclist get hurt, this incident is an alarming reminder for all road users to be wary of road litter or debris.

We hope that the cyclist can recover fine from his injuries.