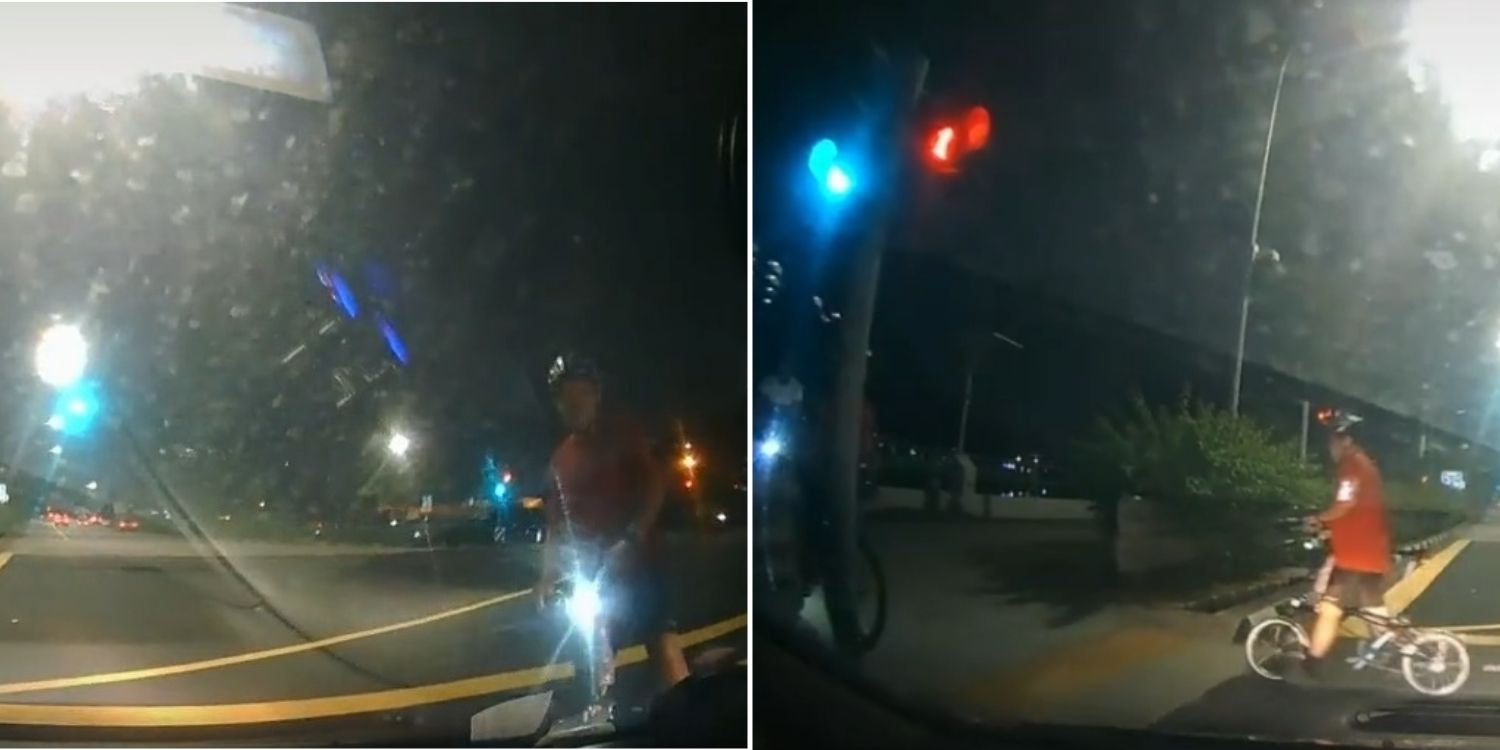 The traffic light turned green as the cyclists crossed.

Just this year alone, there have been numerous clips of errant road cyclists making rounds on social media highlighting their dangerous actions.

On Friday (30 Jul), a TikTok user uploaded his close encounter with a group of cyclists on the popular social media app.

In the video, the driver was about to drive off from a traffic junction when he realised a group of cyclists were still making their way across despite the pedestrian light being red. 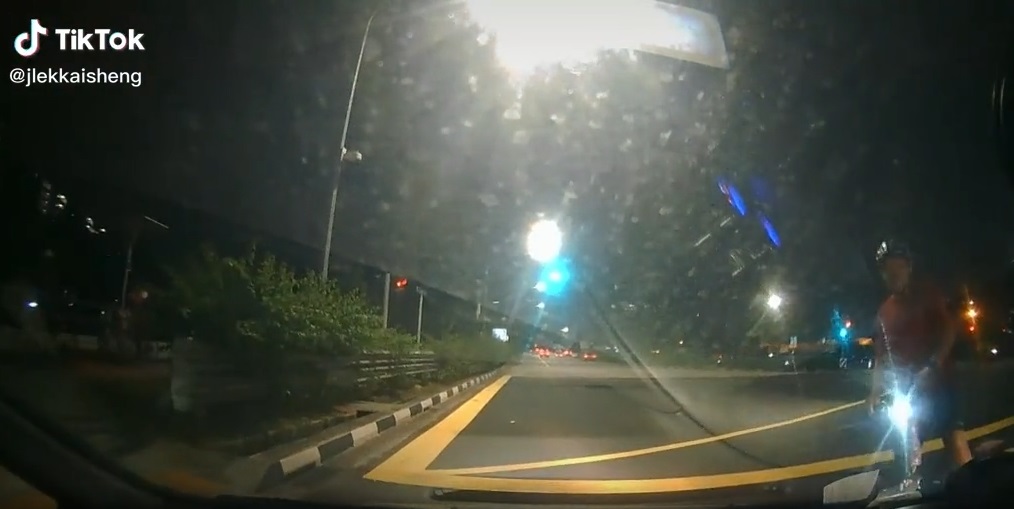 Thankfully, the driver was alert and avoided what would have been a horrible accident.

In the TikTok video, the driver was seen approaching the traffic light that was originally red.

As he closed in to stop, the light turned green and he maintained his vehicle’s speed.

However, a cyclist appeared on the right side of the driver’s peripheral vision as the traffic light turned green.

Thankfully, both driver and cyclist braked just in time, narrowly avoiding a collision.

After a few initial seconds of shock. the cyclist waddled away with his bike and to the safety of the traffic light on the other side.

Worringly, a group of cyclists was also seen following closely behind, including one who appears to be a young child.

Cyclists advised to practice caution while riding across roads

Although it is not a rule, cyclists are recommended to stop and look for oncoming traffic before riding across roads.

They are only required to dismount and push their bicycles when they see a “No Riding” sign according to the Land Transport Authority (LTA).

Fortunate that the driver managed to stop in time

It is fortunate that the driver was alert to his surroundings and managed to avoid a potentially dangerous collision with the cyclists.

That being said, cyclists, in general, should err on the side of caution whenever they’re close to traffic. Not every driver would’ve reacted in time.

Thankfully, a horrible collision was avoided in this case and no one was hurt.