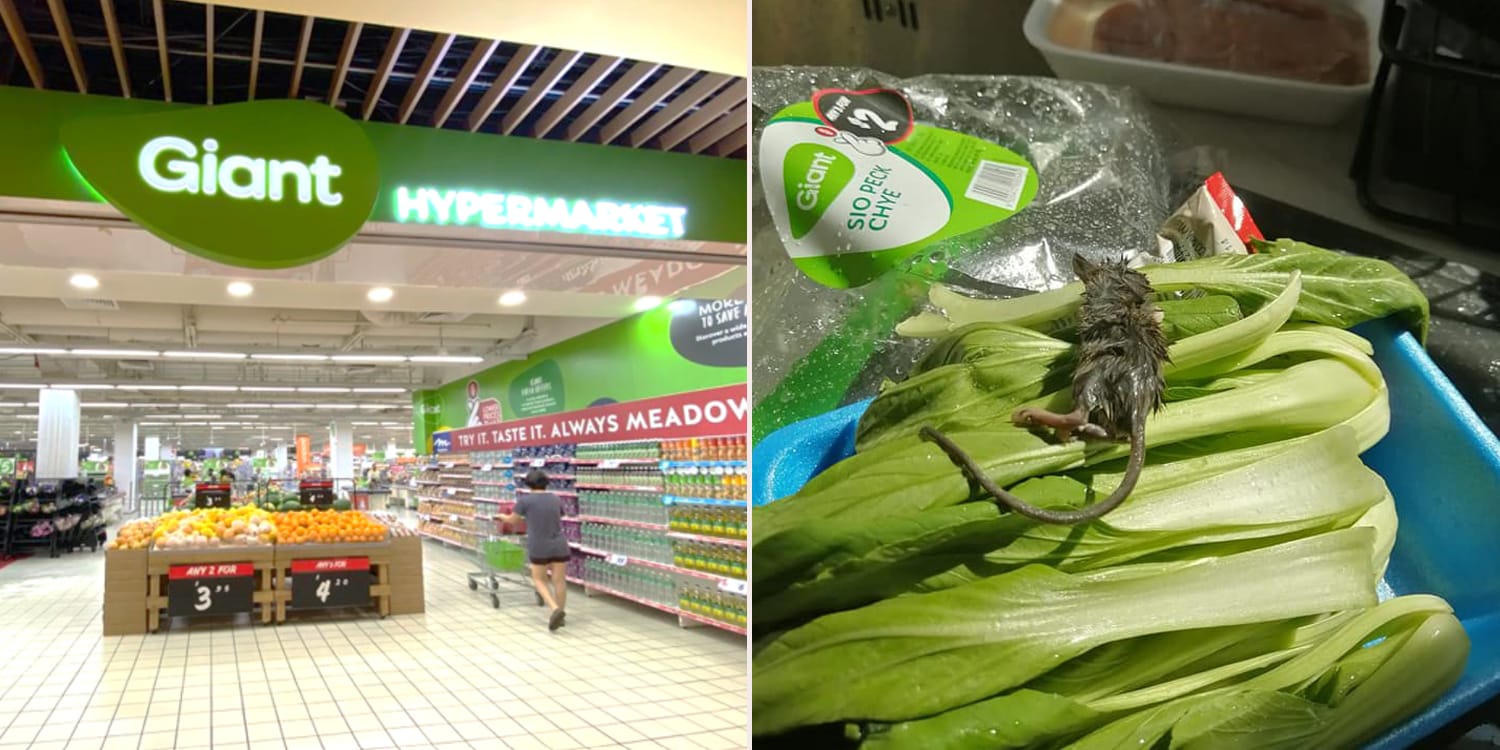 The supermarket said the incident was likely an "isolated case".

When shopping for groceries, we often want the freshest option available. But sometimes looks can be deceiving, as even the most enticing products may conceal something unpleasant inside.

On Sunday (15 May), a woman reportedly found a dead rat in a pack of vegetables she had bought from Giant Hypermarket at IMM three days earlier.

Her husband, Mr Lim, wrote a Facebook post about the incident a week later, including the reply that Giant sent him.

Following the unfortunate discovery, both Giant and the Singapore Food Agency (SFA) are looking into the incident.

Three days after buying a S$2 pack of sio peck chye from Giant Hypermarket at IMM on 15 May, Mr Lim’s wife decided to take the vegetables out of the refrigerator to cook them.

To her horror, she found a dead rat lying on top of the vegetables, reported Shin Min Daily News. 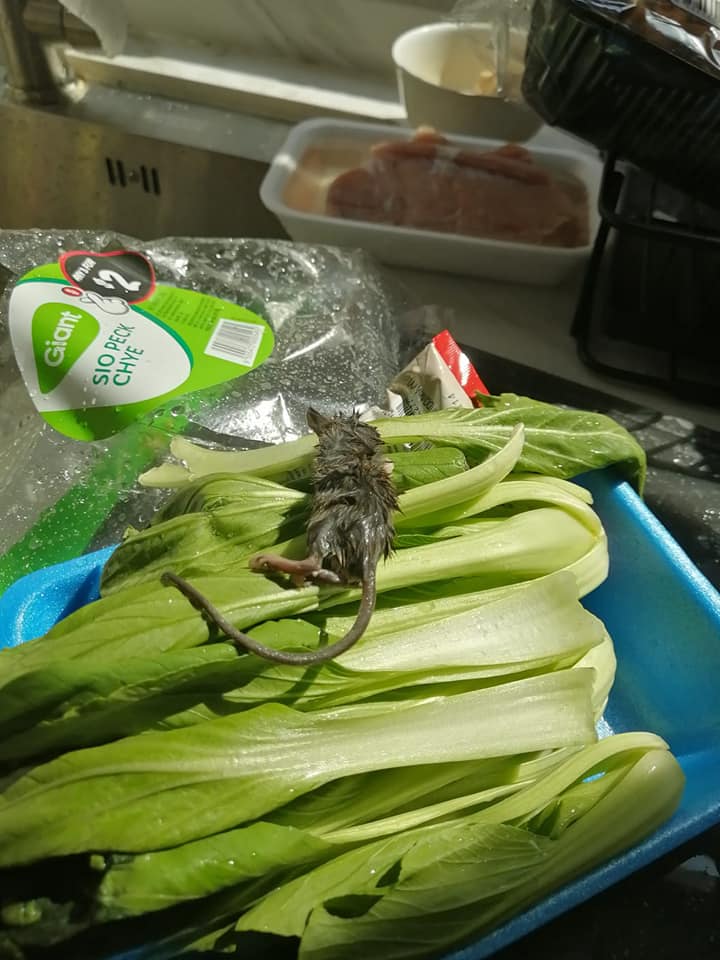 Mr Lim said his wife felt sick when she discovered the rodent’s carcass among the greens. He was also “shocked” and “disgusted” when he saw it.

Soon after, he contacted Giant about the incident.

Mr Lim added that he is now apprehensive about patronising the supermarket. His entire family also “does not dare to eat vegetables”.

After Mr Lim called up Giant and told them about the unpleasant discovery, he received an email from the supermarket, which he included in his Facebook post.

The supermarket said it took “immediate steps” to inform the store manager and supplier after Mr Lim notified them of the incident.

It also examined the vegetables from the same section of the affected pack. Fortunately, they found them to be in “good selling condition”.

Giant added that it had not received similar complaints from other customers during this period, so it deduced that Mr Lim’s purchase might be an “isolated case”.

Expressing its “sincere apologies” for “any inconvenience” caused, the chain offered Mr Lim a refund on all frozen and fresh items he had purchased on 15 May as a “gesture of goodwill”.

However, according to Shin Min Daily News, Mr Lim is not exactly placated by the apology or offer.

He told the Chinese daily that he had to throw away everything in his refrigerator – including 1kg of bird’s nest from his friend – as the dead rodent had been in there for three days.

AsiaOne reports that DFI Retail Group, which manages Giant, and SFA have said that they are conducting an investigation into the matter.

MS News has contacted Giant for comments and will update this article when they get back to us.

No compromise on food safety & hygiene

Giant is well-known for its low prices and good deals, which have helped Singaporeans during the pandemic.

In this instance, it is unfortunate that a hygiene lapse occurred during the packing process. That said, at least the supermarket chain apologised, took ownership of their mistake, and offered compensation.

But more importantly, it should examine its processes carefully and uncover what went wrong so such incidents will not happen again.

Meanwhile, we hope Mr Lim and his family find the courage to eat vegetables again soon.