4 Times Dee Kosh Made Headlines Besides His Sexual Allegation Scandal 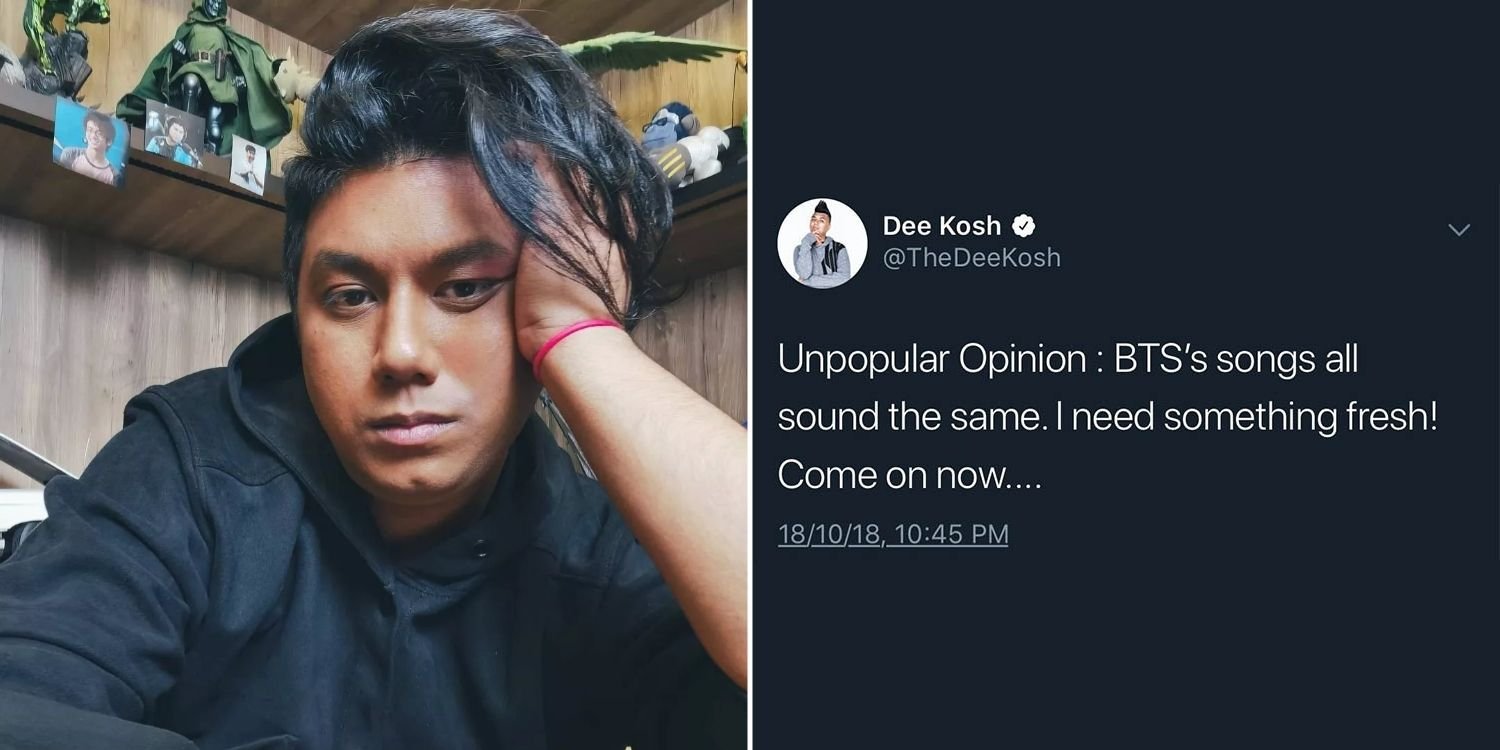 No stranger to controversy.

Dee Kosh Made Headlines Even Before Sexual Allegation Scandal

Former DJ and YouTuber Dee Kosh has been making headlines for the wrong reasons recently. While the hot gossip is spreading among locals, it has apparently reached an international audience too.

In a YouTube video published on 21 Aug, READY TO GLARE spoke about the recent revelations in Dee Kosh’s case. She details the alleged indecent acts he carried out in the 11-minute video.

Those who know and don’t know him had a lot to say in the comments, but the latter group probably aren’t aware that this isn’t the time Dee Kosh has had the spotlight on him for the wrong reasons.

Here are 4 of his most infamous claims to fame.

In 2017, Dee Kosh teamed up with Singaporean YouTubers Night Owl Cinematics (NOC) and Jian Hao Tan for a video titled ” Would you smash these influencers?” 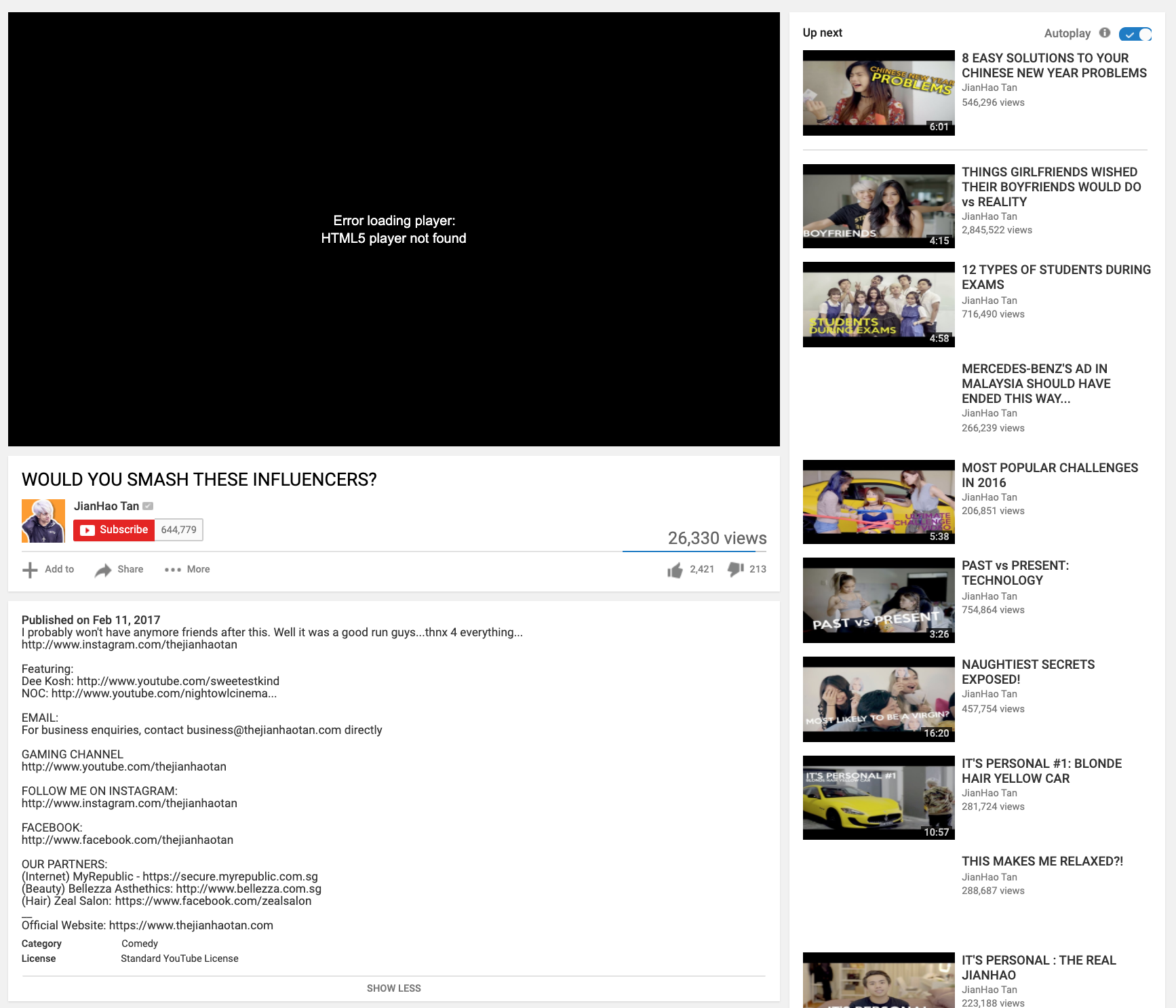 To the uninitiated, the concept of the video involves a game in which participants vote on whether they would ‘smash’ or pass another person based on a picture or video of them.

In the video, that has since been taken down, the group goes through 21 Singaporean personalities and decide if they’d smash or pass on them. Each of the cast afforded their reasons for their decisions. 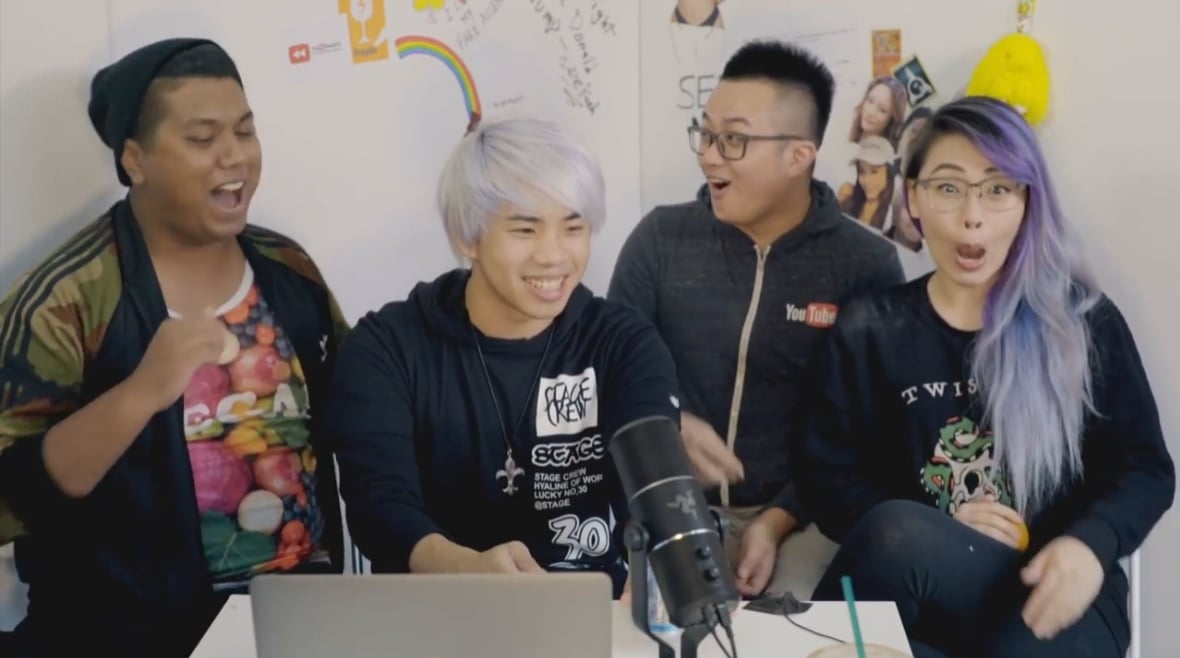 In one of these segments, when a picture of local influencer @aylna appeared on screen, Dee Kosh exclaimed loudly, “Smash! I would smash this laptop right now!” 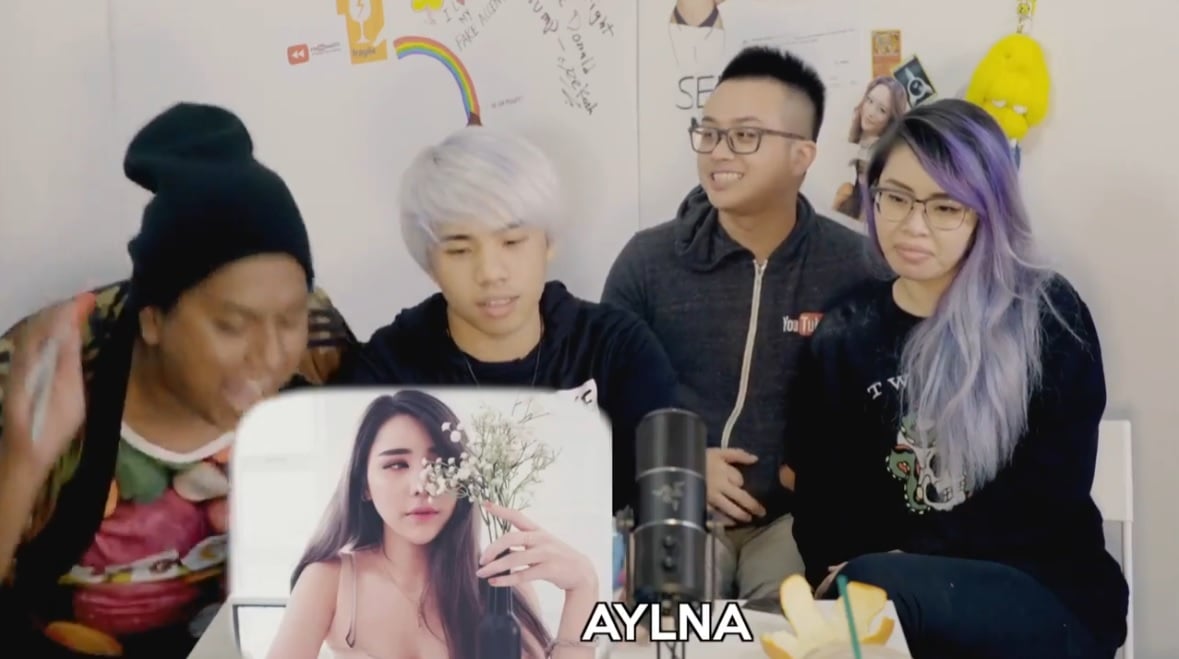 While the concept of the video is perfectly acceptable by YouTube standards, the problem lies with the pre-existing relationships that the cast had with the personalities. Some of them were actual employees of NOC, with whom Dee Kosh had many interactions.

The last time we checked, sexual harassment is still a no-no in the workplace.

Not long after that controversy, Dee Kosh decided to engage in a war with fans of the Korean mega-group, BTS, through a series of tweets in 2018.

Working as a radio DJ at that time, he released a tweet saying that BTS’ songs all “sound the same”. 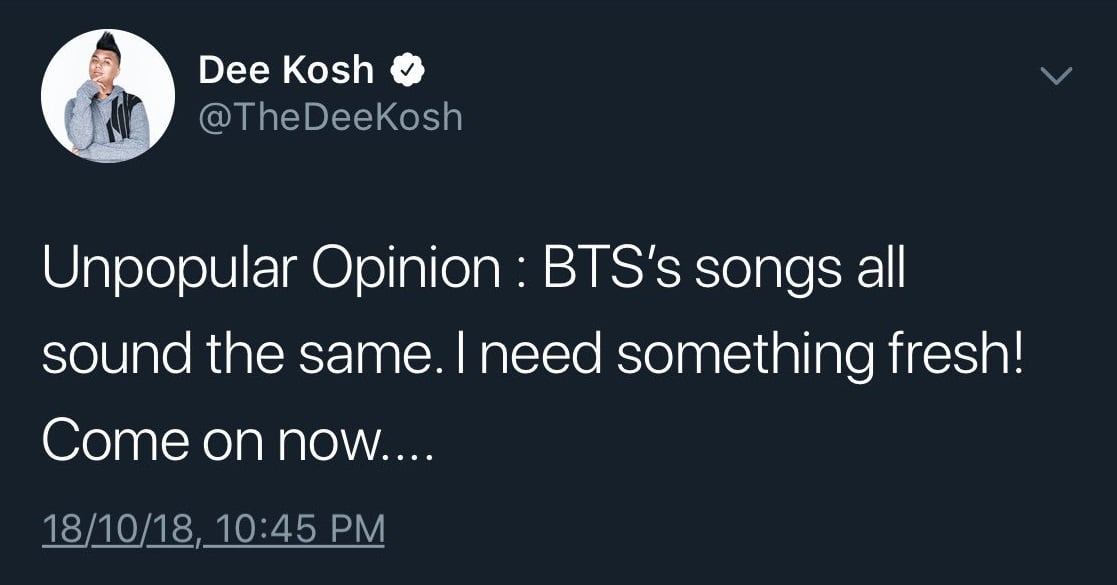 While he did preface his claim by calling it an unpopular opinion, it still upset the BTS fandom or ARMY who came to the group’s defence in droves. No one should dare to go against their oppas.

Many replied to his original tweet with sarcastic comments and even though Dee Kosh responded to most of them, his explanation apparently fell on deaf ears.

Eventually, he snapped and published a tweet that snowballed into an avalanche of backlash.

He ended up deleting his YouTube channel (for a few hours), presumably to show his remorse and defeat. However, it was later revealed that he did this to show how a fan’s action can cause someone to lose their livelihood.

After the dust settled, Dee Kosh then went on to publish a video titled “BTS ARMY Destroyed My Career? (A Social Experiment)”. In the video, he explained his actions and the crux of the ‘social experiment’.

He claimed that he wanted to show the rabid nature of these fans and the lengths they would go to bring someone down for having a different opinion.

While the idea is a thought-provoking one, many believed that Dee Kosh could’ve executed it more tactfully. Taking the moral high ground in the video also left a bad taste in many viewers’ mouths.

With the number of years Dee Kosh has been in the limelight, he naturally holds a lot of power or influence in the social media landscape. However, as the saying goes, with great power comes great responsibility.

When sexual harassment allegations against him first surfaced in 2020, local personality Preetipls added her own perspective of Dee Kosh to the mix.

She recounted an incident between the 2 that occurred in 2018 when she called Dee Kosh out for his racial caricatures.

The caricature she highlighted was a rendition of the song “Beautiful” by Bazzi which Dee Kosh had sung with an Indian accent.

The clip of the singing had apparently irked Preetipls’ brother, Subhas, who took to Instagram to voice his displeasure. Instead of responding, Dee Kosh allegedly explained that he decided to keep mum to avoid tarnishing his relationship with Preetipls. 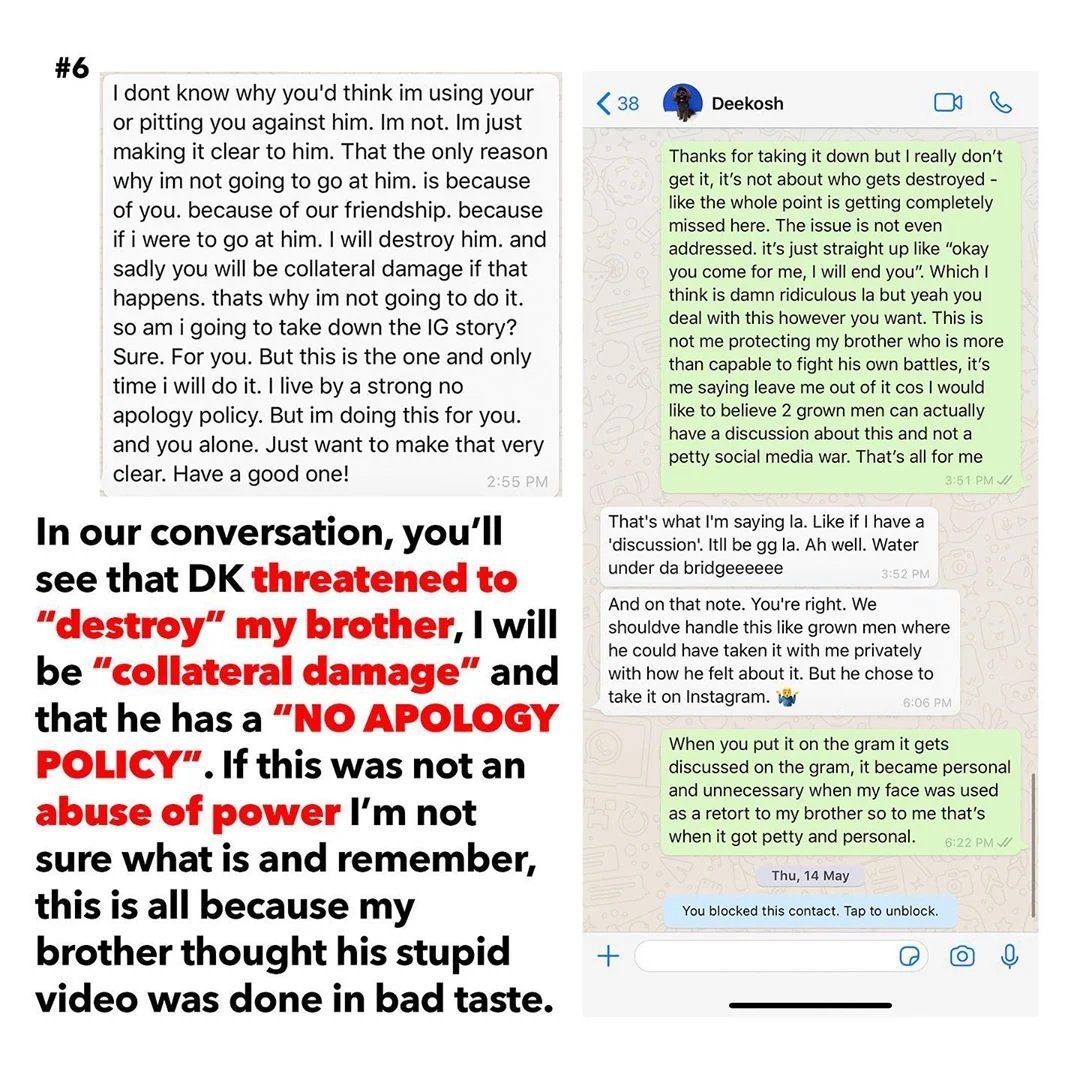 Screenshots of their text messages also showed his alleged explanation that if he were to respond, Preetipls could be “collateral damage”, suggesting the impact his influence would have had.

Preetipls thus pointed out how this was an unjust power play, all because her brother thought that his caricature was in bad taste.

4. Picking up trash in CWO vests

Months after his sexual harassment scandal broke out, a photo of Dee Kosh in a Corrective Work Order (CWO) vest and sweeping up litter made its rounds on social media. 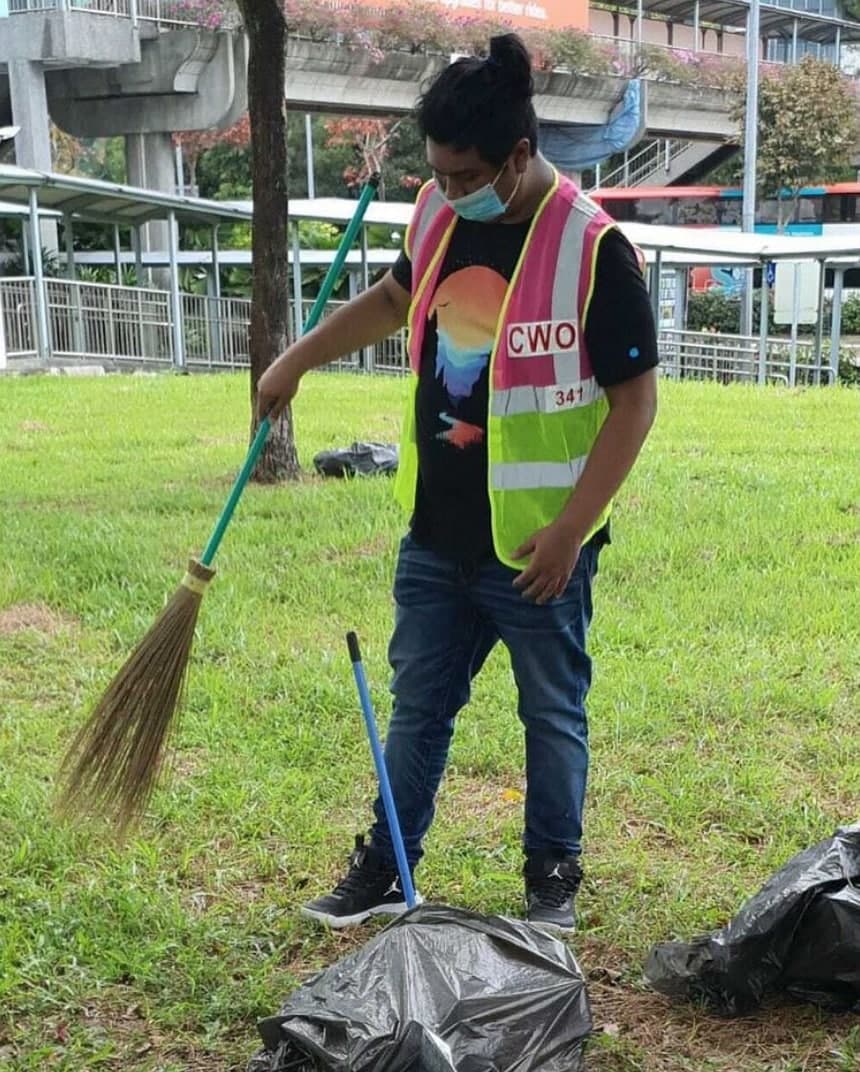 As he was still taking a sabbatical from the Internet, Ryan from NOC provided context to the photo and revealed that the pair was caught for littering in Dec 2019.

As part of their punishment, they had to serve CWO. According to the National Environment Agency (NEA), the punishment is meted out to litterbugs and forces them to pick up litter in public areas for hours at a time.

Not shy about making the headlines

While the likelihood of appearing in a headline or two is inevitable when you’re in the public eye, context matters.

To have negative stories often associated with one’s name is definitely not the way anyone would want to be known.

That being said, we must remember that there’s always more to a person’s story than what makes the news or goes viral.

As for Dee Kosh, having his name as the talk of the town and his career in jeopardy are probably already very bitter pills to swallow. Hopefully, once the dust settles, he’ll be able to reflect properly on everything that has happened.