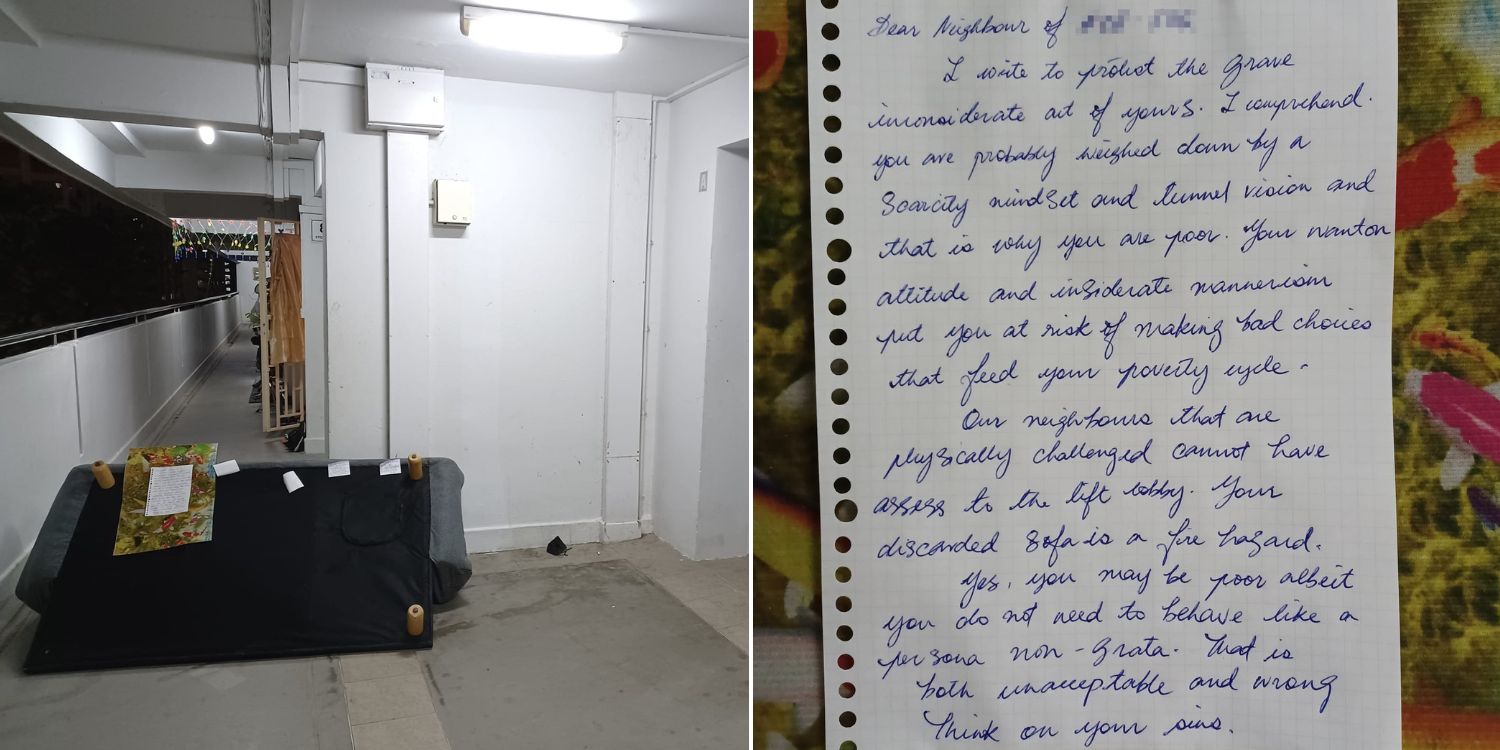 "Think on your sins," they wrote.

While sharing public spaces and common areas, users have to be considerate of others. If they don’t do so, they may risk inconveniencing their neighbours.

Recently, residents of an HDB block were up in arms after someone discarded a sofa in the middle of the common corridor, obstructing the path to the lift lobby.

They expressed their displeasure through scathing notes which they stuck onto the sofa, shaming the culprit for their inconsiderate behaviour.

In a post on Sunday (15 Jan), a Facebook user shared a photo of a sofa that someone left behind in the common corridor. 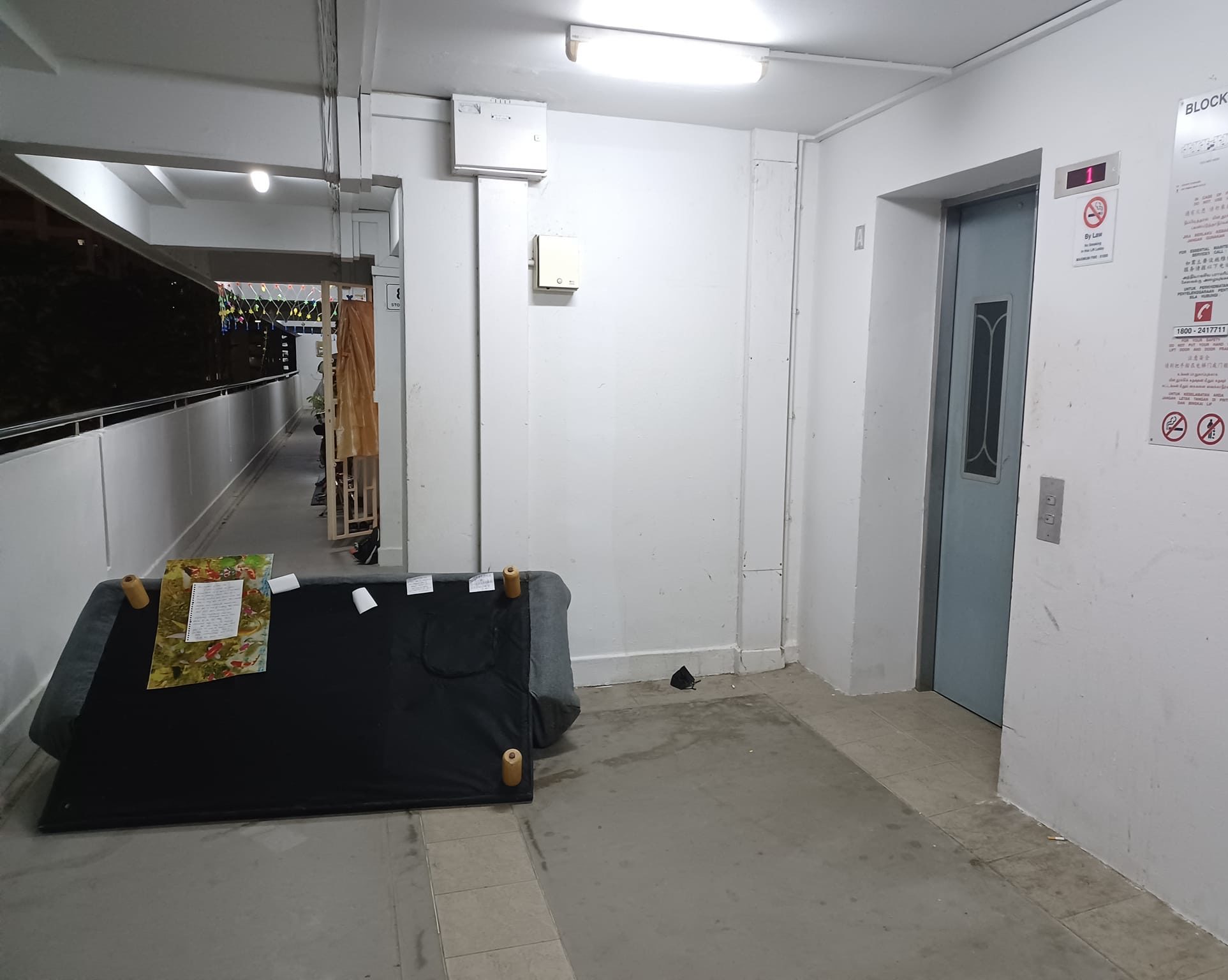 The sofa appeared to have toppled over, blocking the walkway towards the lift. On the piece of furniture were several notes that apparently contained harsh messages.

A close-up photo revealed the contents of the messages criticising the culprit for their inconsiderate behaviour. This lengthy one identified the suspect as a fellow resident, whom they supposed was “weighed down by a scarcity mindset and tunnel vision”, which was “why they (you) are poor”.

Attributing the culprit’s poor decision to such traits, the note-writer called out their inconsiderate act. They also claimed that “neighbours that are physically challenged cannot have access to the lift lobby” and deemed the sofa a “fire hazard”.

The writer continued to accuse the resident of being poor, stating that their actions were both “unacceptable and wrong”.

To top it all off, they told the culprit to “think on their (your) sins”.

Besides the lengthy warning, a smaller post-it note carried a message in Chinese. 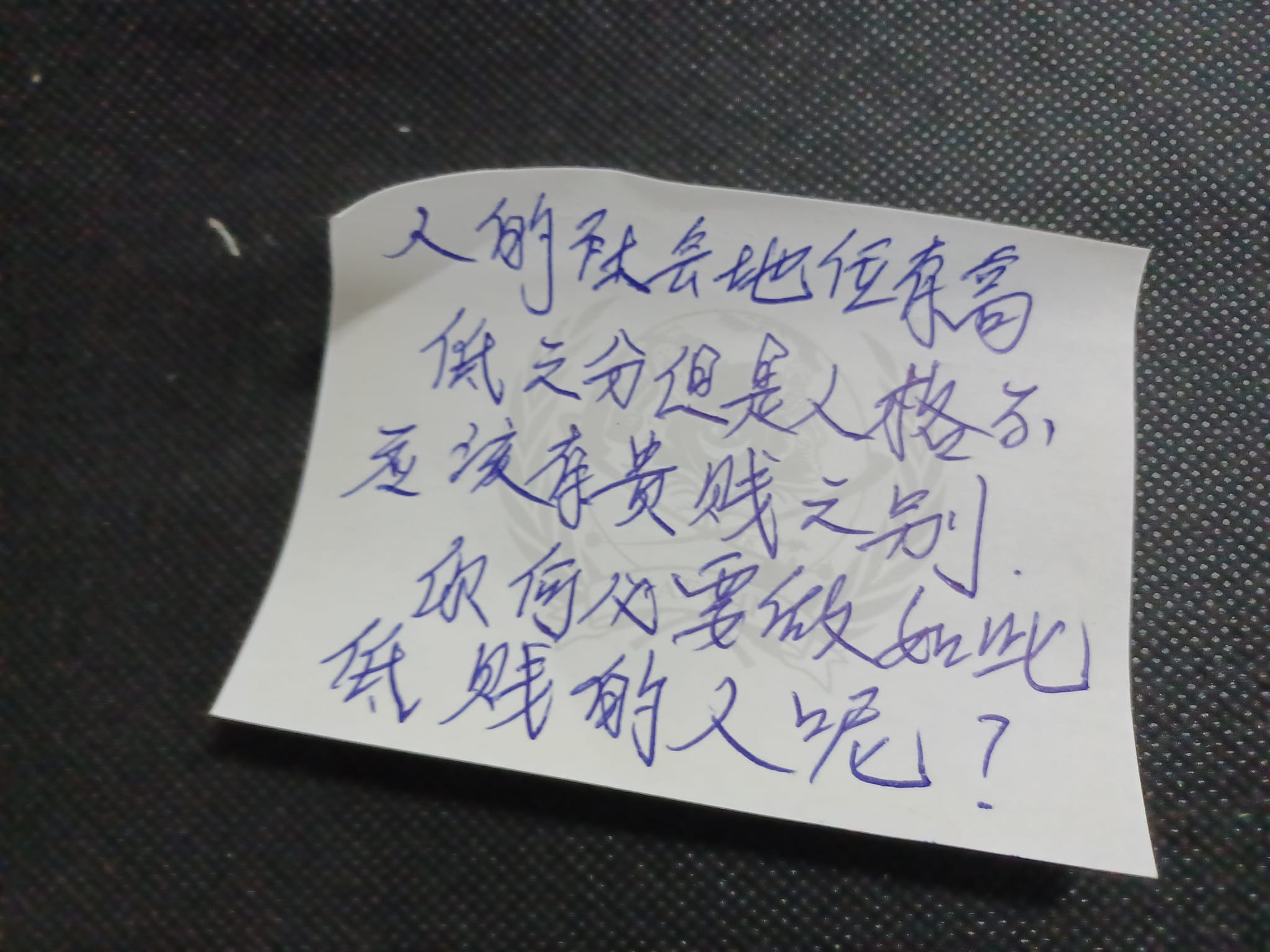 A loose translation of the note reads something along the lines of:

People’s social statuses are divided into different classes, but your values should not reflect your standing. Why do you have to be such a lowly person?

The Facebook post appears to have been deleted as of 20 Jan. MS News has reached out to the OP for comments and will update the article if they get back.

While residents were rightfully upset in this situation, there was no need to react harshly.

Someone could have attempted to reach out to the people they believe were guilty to have a mature discussion.

If all else fails, they can always complain to the Town Council or seek free help to dispose of the bulky waste item.