South Korean Man Heats Banknotes In Microwave To Disinfect Them, But His Plans Go Up In Smoke 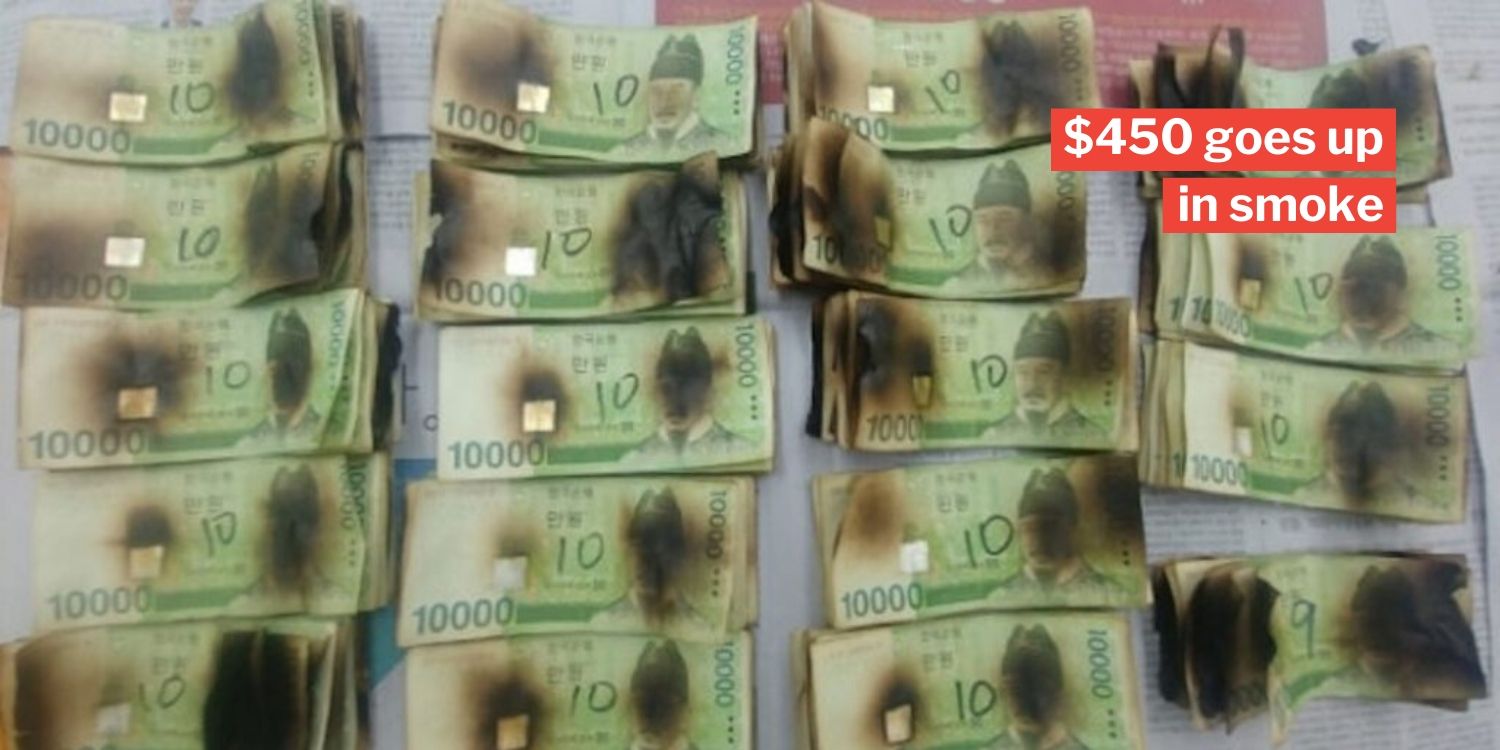 South Korean Man Tries To Disinfect $450 Worth Of Banknotes In Microwave, Ends Up Frying Some

Now that Covid-19 is a pandemic, how far would you go to disinfect your items?

A man has previously attempted to disinfect his Singapore dollar notes by washing them with soap.

On Wednesday (11 Mar), China news-in-English website Shanghaiist reported that a South Korean man from Busan thought of another “good” way to disinfect his money — heating it in a microwave.

The end result was a collection of fried banknotes.

$450 worth of banknotes heated in microwave, started smoking

Once he turned on the device, he was surprised to find that the banknotes were smoking.

To be honest, we’re surprised that he was surprised. 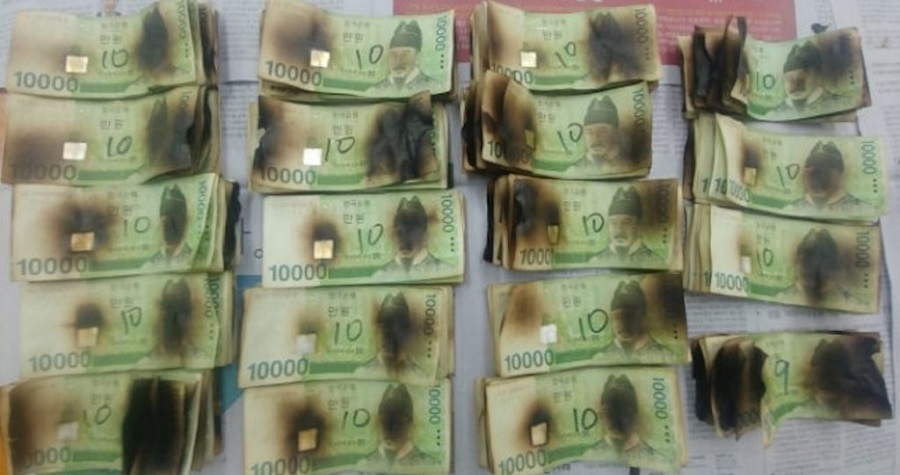 He sought the help of a bank, and was lucky enough to recover 33 of his banknotes.

Auntie from China did it first

Prior to the man’s attempt, a Chinese auntie from Jiangsu province burnt thousands of yuan after placing her money in a microwave for disinfection, reported The Independent.

The woman — also known as “Aunt Li” — was concerned because the banknotes could’ve been touched by people infected with Covid-19.

After less than 1 minute in the oven, the money was burnt to a crisp. 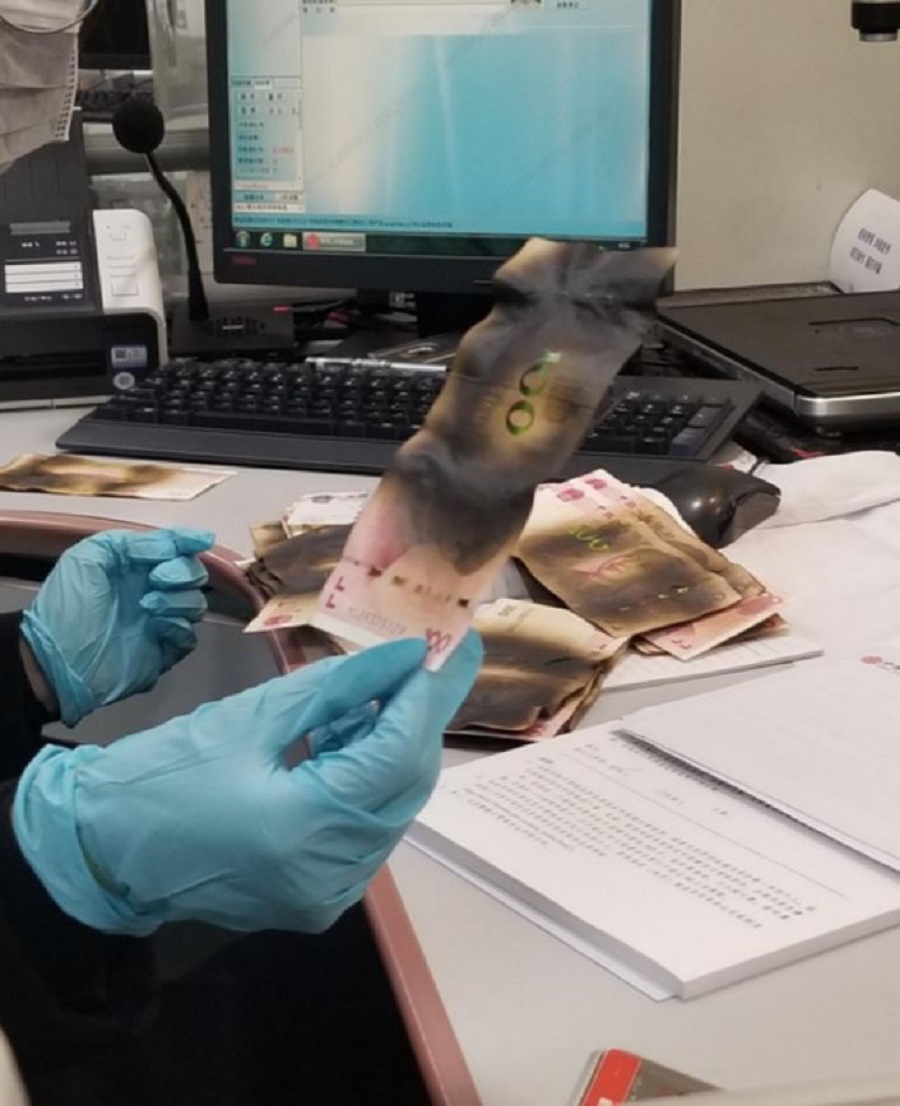 She quickly took the charred money to a branch of China CITIC Bank but they could not be salvaged.

Fortunately, the bank was able to screen and authenticate her money, so she got a refund worth 3,125 yuan (S$630).

Money from Chinese, South Korean banks has been disinfected

A spokesperson from China CITIC has assured the public that cash from banks is clean, thanks to measures implemented by the People’s Bank of China in February.

Chinese banks are disinfecting cash through ultraviolet light and high temperatures, then keeping them for a span of one to two weeks before releasing them to the public.

According to CNN, the country’s central bank has allocated 4 billion yuan (S$806 million) for new banknotes in Wuhan, where the Covid-19 outbreak first started.

The Bank of Korea also disinfects cash before it distributes the banknotes to the public, reported Business Insider.

The notes are heated at temperatures of 150 deg C and left at 42 deg C after being packaged. There are concerns that Covid-19, which is known to stay on surfaces, may be spread via banknotes, which pass from person to person.

However, instead of heating your banknotes, may we suggest that you wash your hands instead after touching them.

As banknotes are not fireproof, they can’t withstand the heat in the microwave.

We’ll just have to be assured that our banks are doing their job so the money distributed to the public is clean.