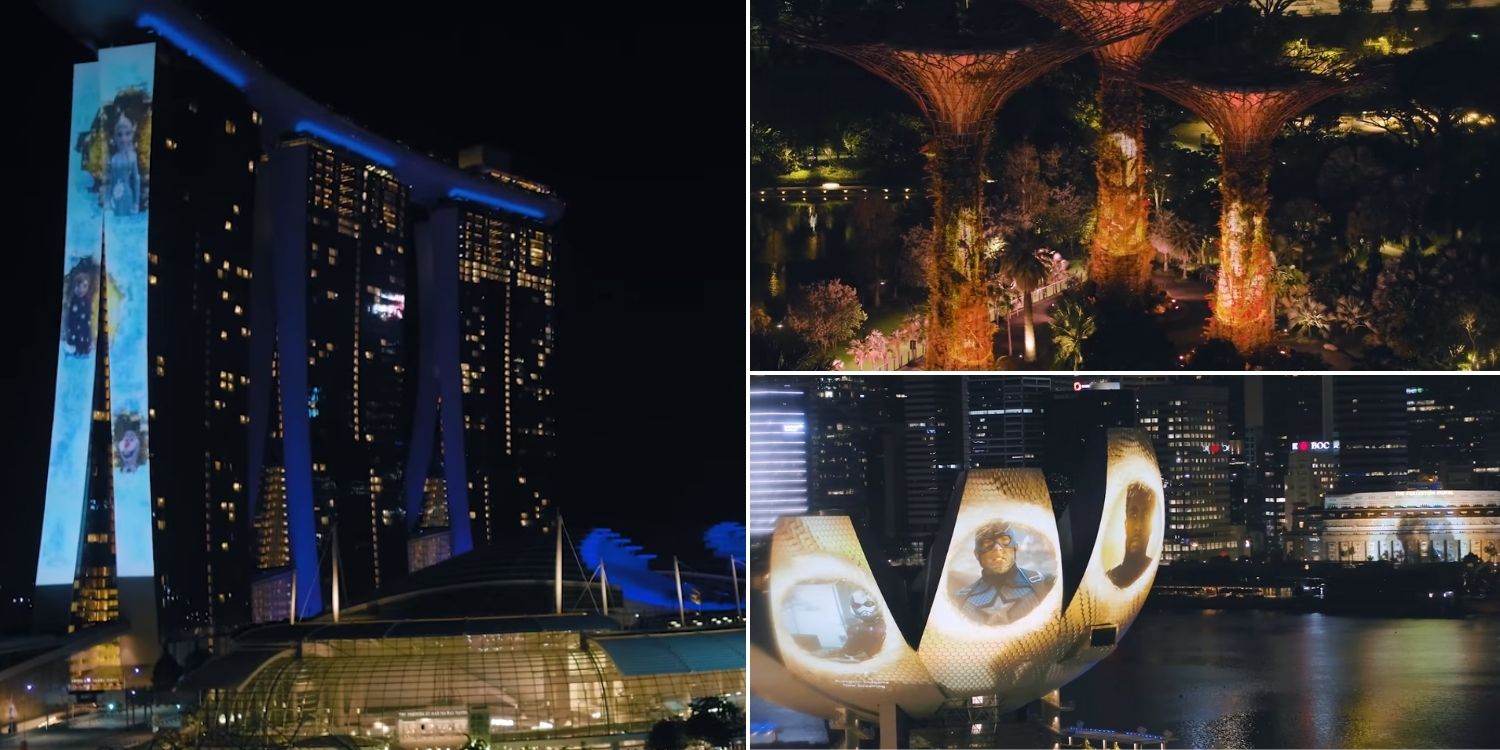 After years of anticipation, Disney+ has finally launched in Singapore, providing viewers with more streaming platforms to choose from.

Just when we thought that the streaming service would bring magical shows to our screens, Disney took it one step further by transforming Marina Bay into a larger-than-life cinema, with dazzling light displays and a concert featuring some of our all-time favourite Disney songs.

In essence, the cinematic displays at Marina Bay served as a preview of sorts, giving Singaporeans a sneak peek of what they can expect with Disney+.

The first show to feature was none other than The Mandalorian — the Star Wars series that everyone in the galaxy is waiting for. 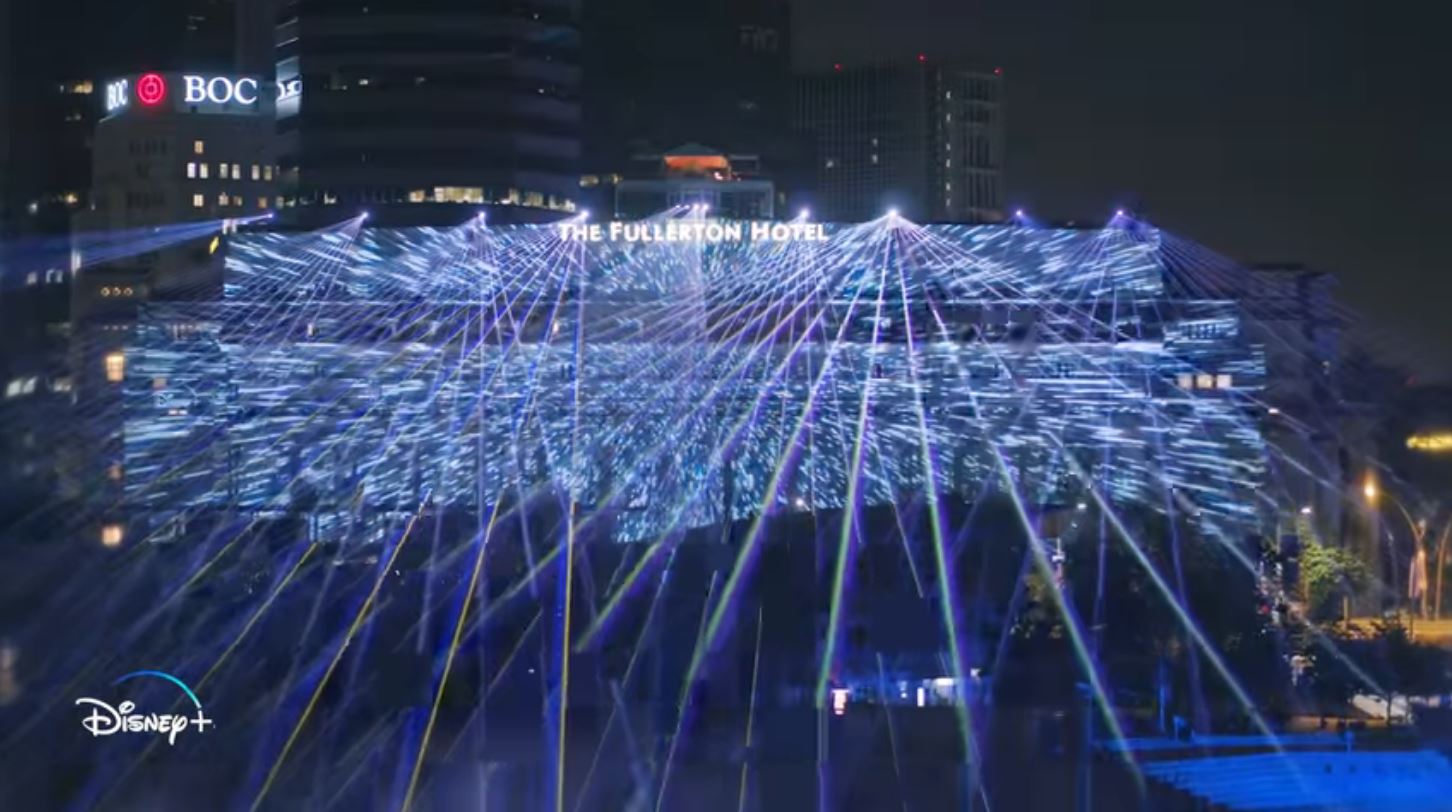 Our friends from the far-far-away galaxy soon made way for our childhood pals from Toy Story – Woody and Buzz Lightyear – who were up to their usual shenanigans. 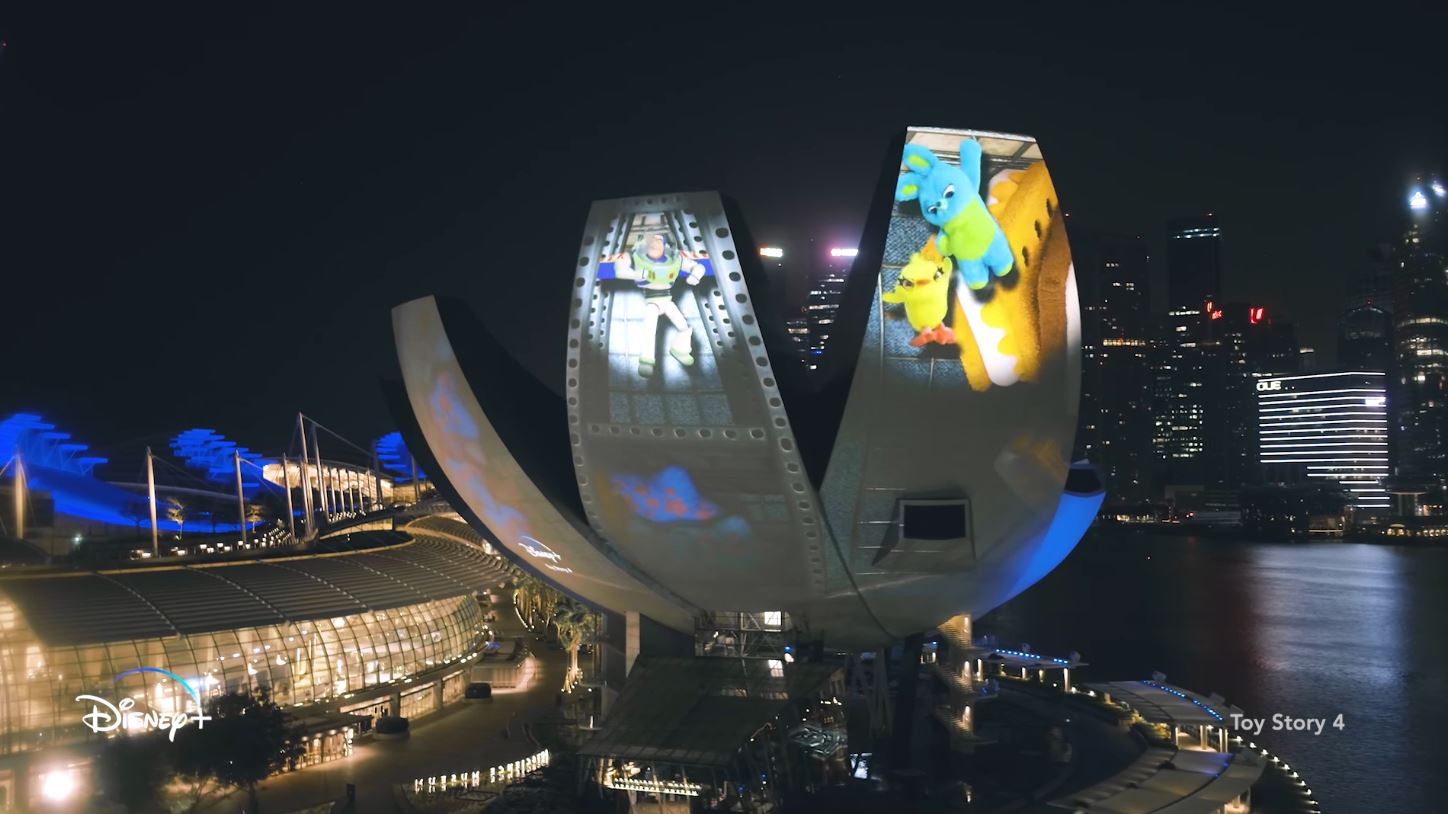 Then came everyone’s favourite fishes, Nemo and Dory, as well as the adorable creatures from Monster University. 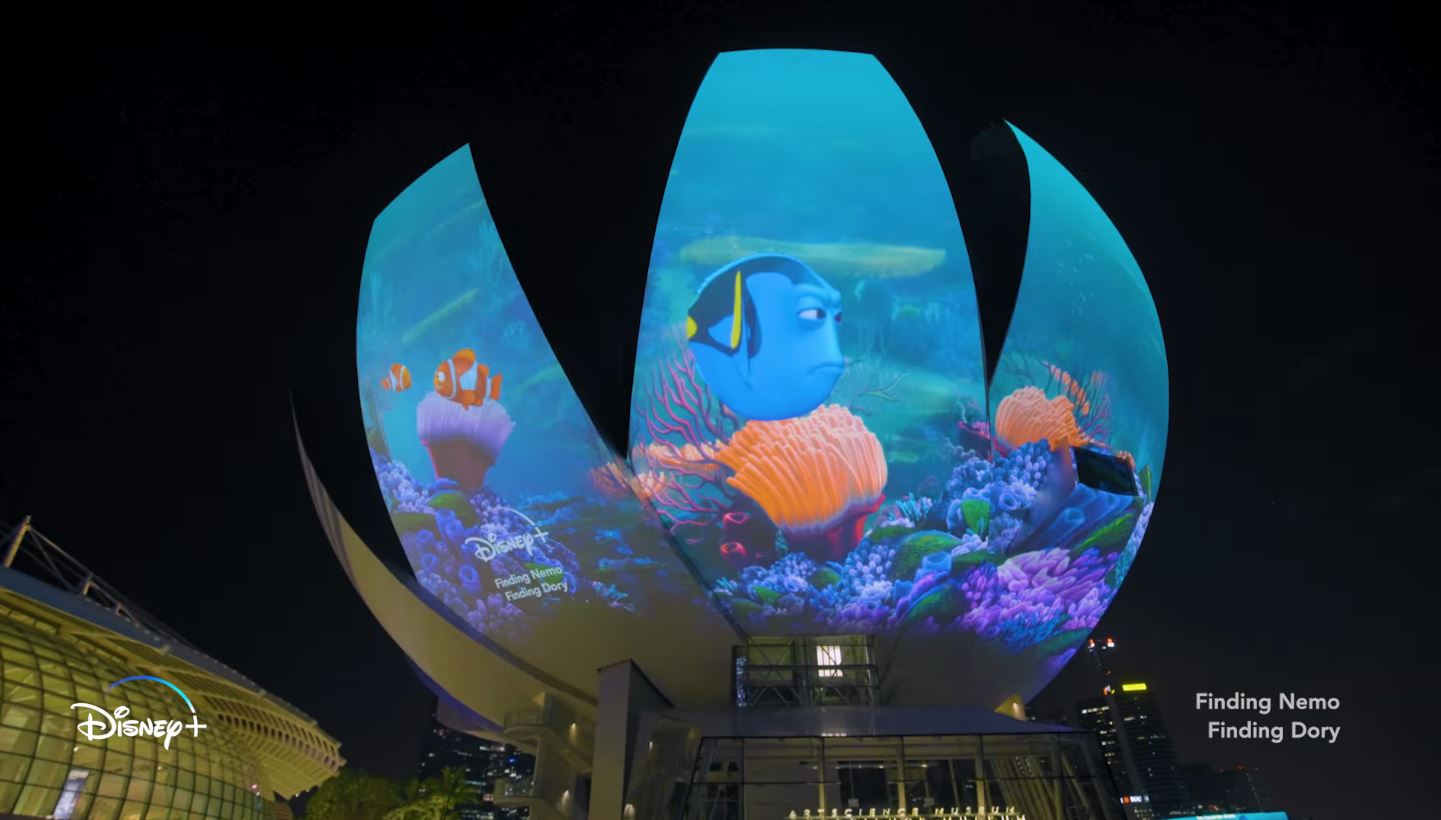 Later, the CBD buildings started freezing over, and it was time for our favourite ice princess – aka Elsa – to take centre stage. 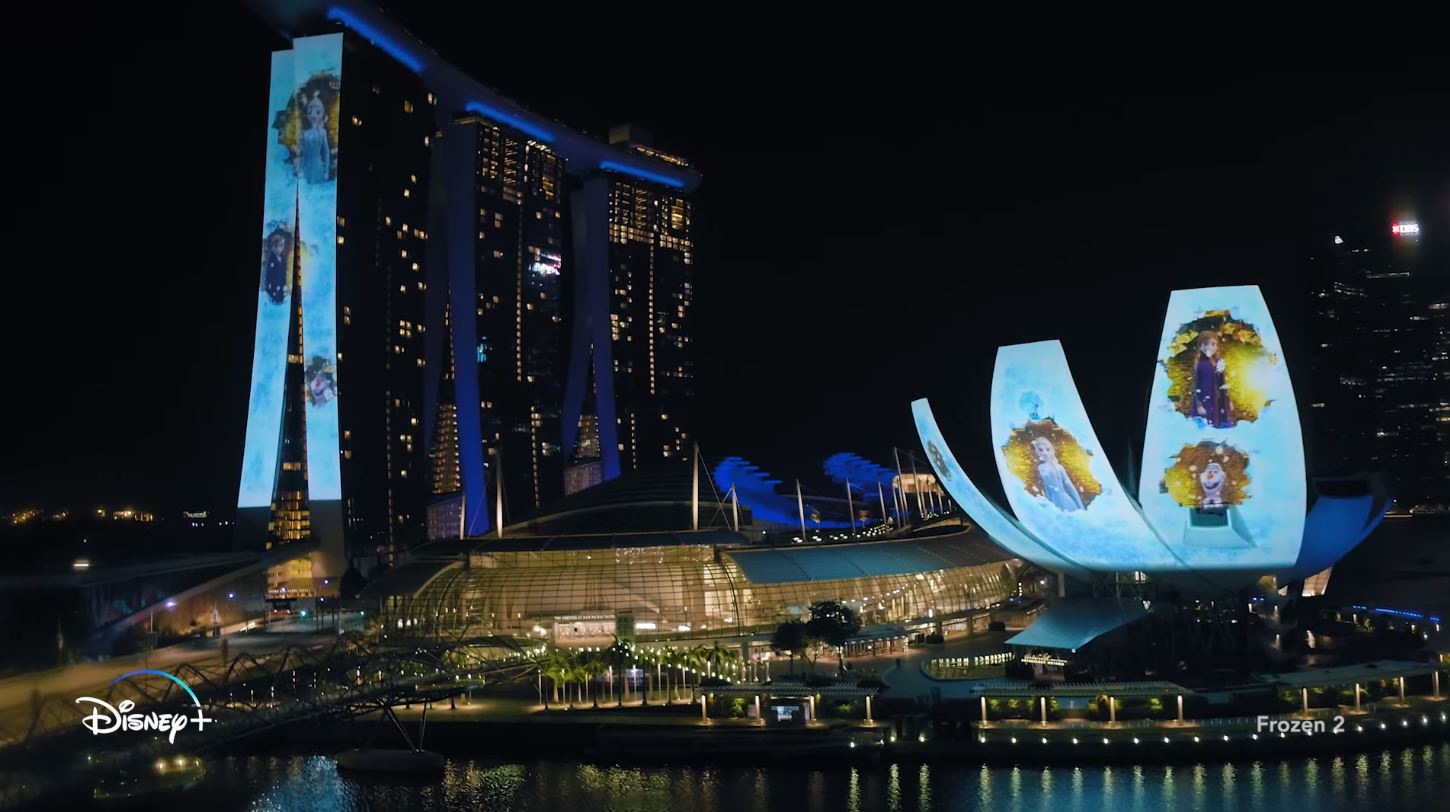 What came straight after was arguably our favourite display, as heroes from the Avengers: Endgame movie started appearing one after another through Dr Strange’s magical portals. 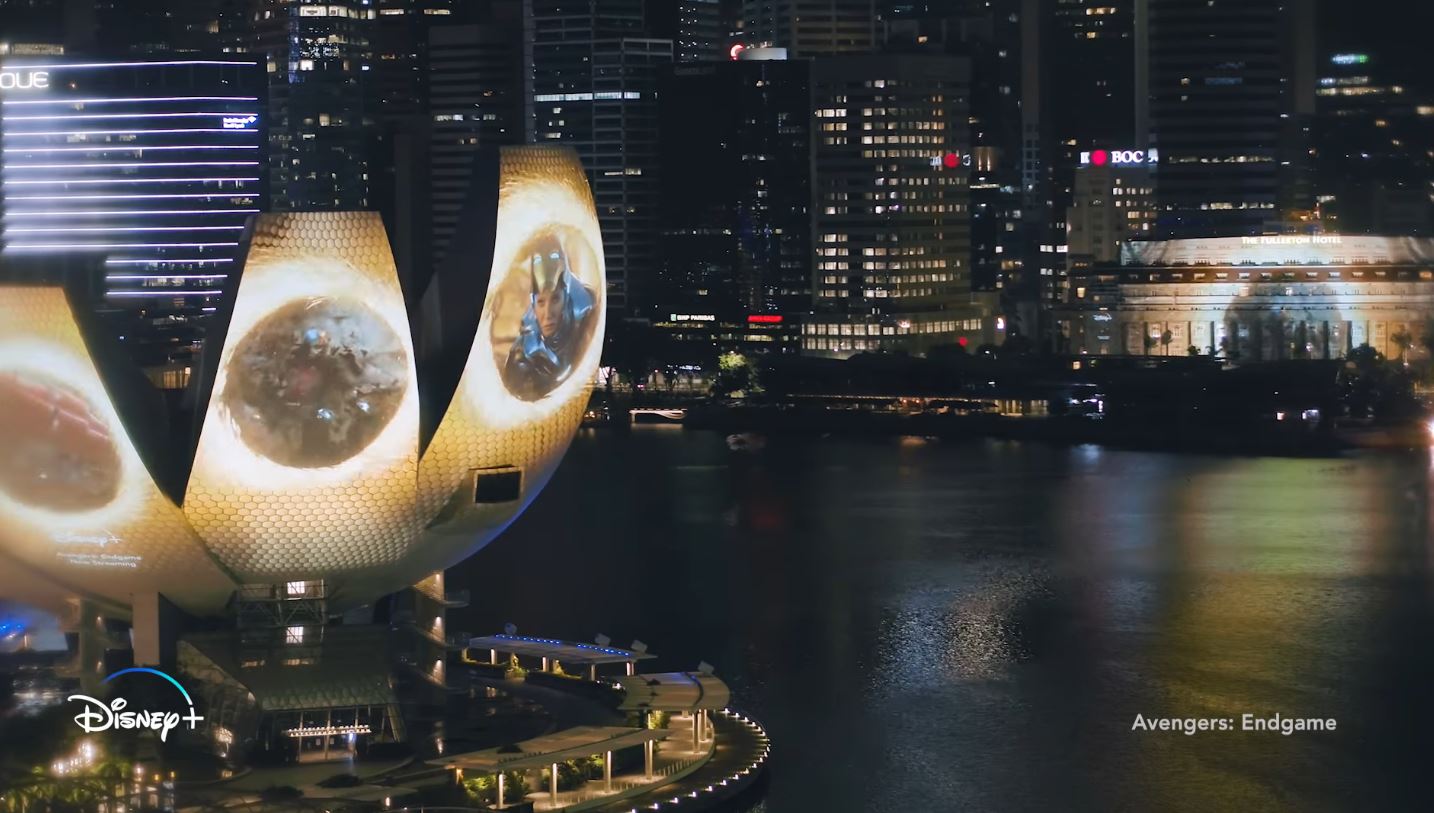 With the grand accompanying music, we were once again reminded of the heroes’ unwavering determination despite facing the seemingly insurmountable force that is Thanos. 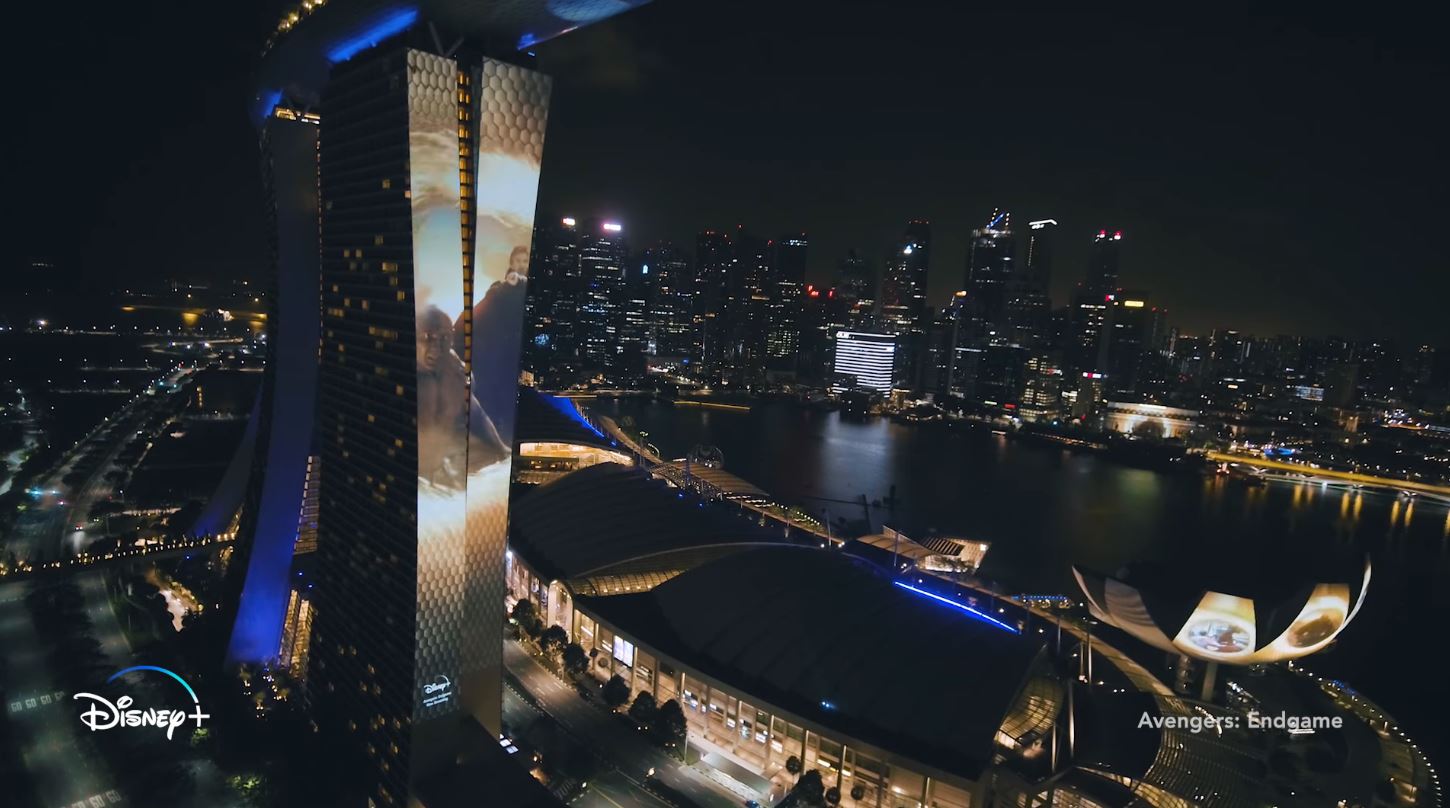 You can watch the entire 5.5-minute light display here.

Besides the magical light display, there was also an online concert featuring local artistes singing our favourite Disney songs. 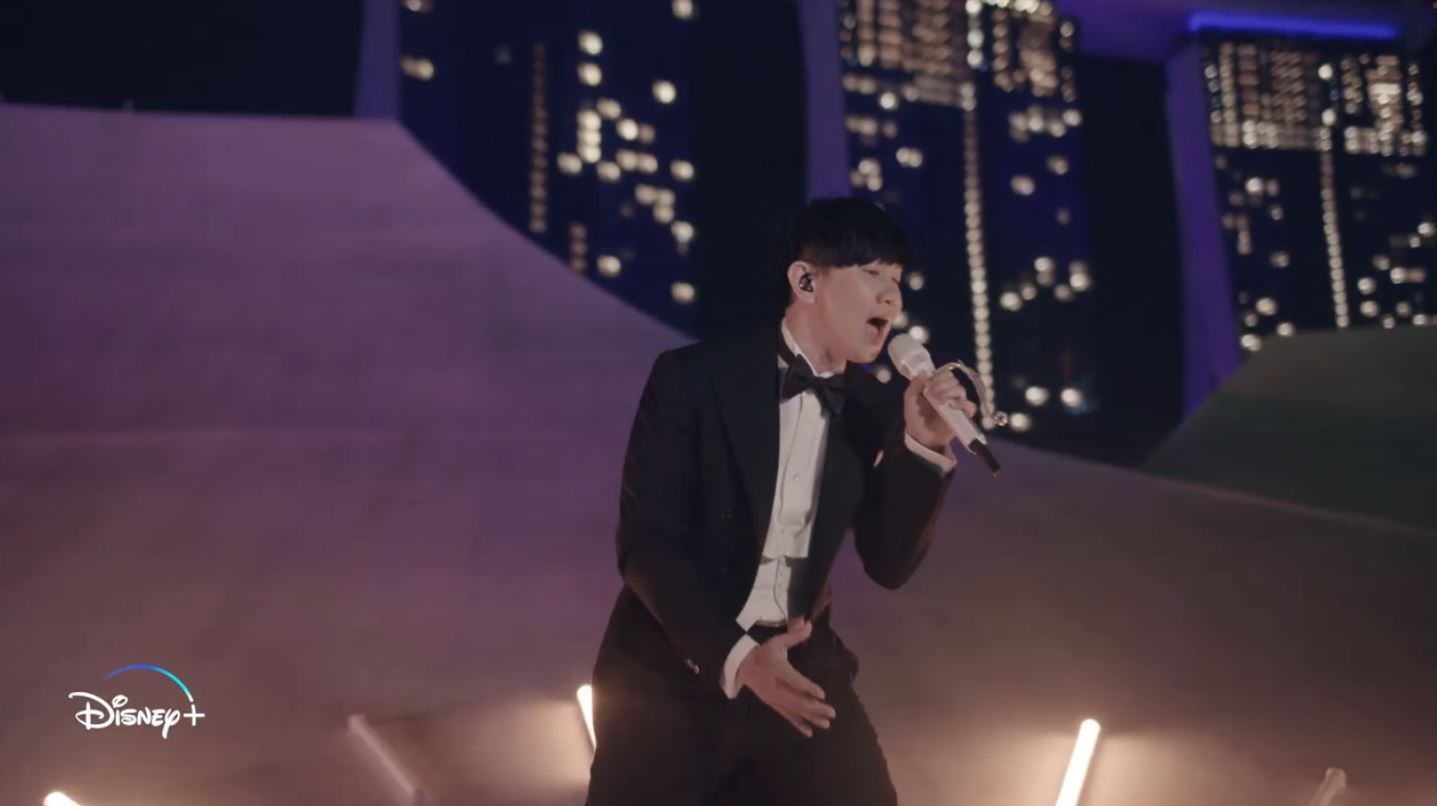 Local singers Benjamin Kheng and Annette Lee paid tribute to our favourite Disney princess stories like Beauty and the Beast, Mulan, and The Little Mermaid, through an emotional duet.

Lastly, Nathan Hartono gave the 1996 Toy Story classic “You’ve Got a Friend in Me” a modern makeover with his jazzy yet soulful rendition of the song.

Subscription from $11.98 per month

If you’re already sold on Disney+, you can subscribe to the streaming service from just $11.98/month or $119.98 for an entire year. More details can be found here.

Disney+’s arrival in Singapore is a timely one. As Singaporeans are staying home more amidst the pandemic, we hope the new streaming platform will provide us with quality content to keep us occupied and entertained.

What are you looking forward to most on Disney+? Let us know in the comments below.