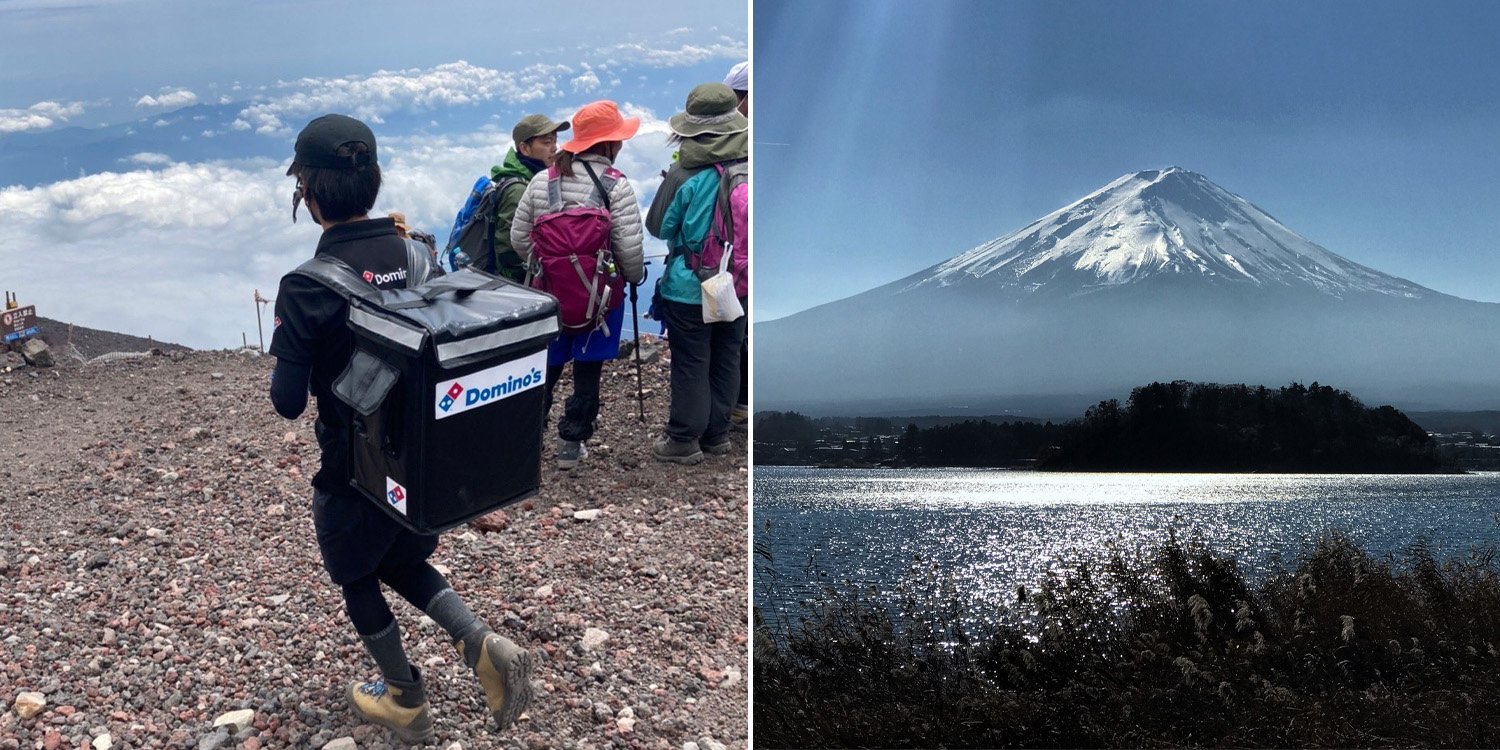 Talk about going the extra mile.

Food delivery riders often go above and beyond their call of duty to see to the needs of starving customers. They can brave anything, it seems, from heavy rain to the dangerous slopes of Mount Fuji, one of the tallest mountains in the world. Such was the case for a Domino’s Pizza delivery rider in Japan, who went viral on Twitter recently. He went to the extreme length of climbing Mount Fuji to deliver Dominoes Pizza to a customer.

Twitter users were understandably impressed by the rider’s level of dedication to his job. However, others pointed out that such actions are common among delivery riders in Japan.

On 21 Aug, user @fatmanairsoft posted the epic photo to Twitter, gaining over 305,000 likes as of the time of writing.

He explained that he climbed Mount Fuji the day before, only to be met with a rather strange sight — a Domino’s Pizza delivery man carrying a bag of food. 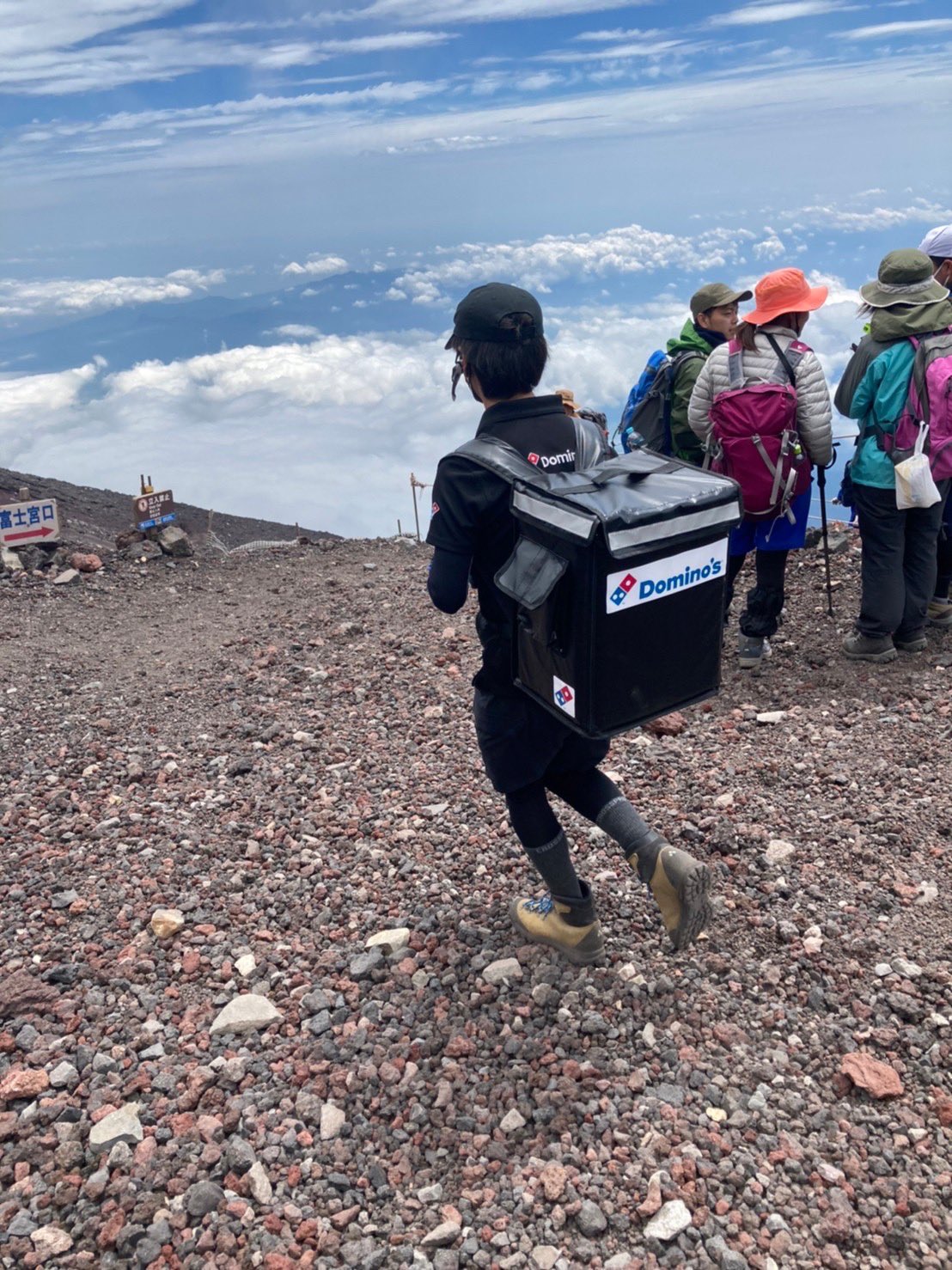 Overlooking the clouds atop Mount Fuji, one can only imagine the trek the rider must have made to get there.

Standing at 3,776 meters, the mountain boasts Japan’s tallest peak and what must be a pretty exhausting climb.

Strangely enough, such sights are not uncommon in the country, as replies to the tweet have proven. 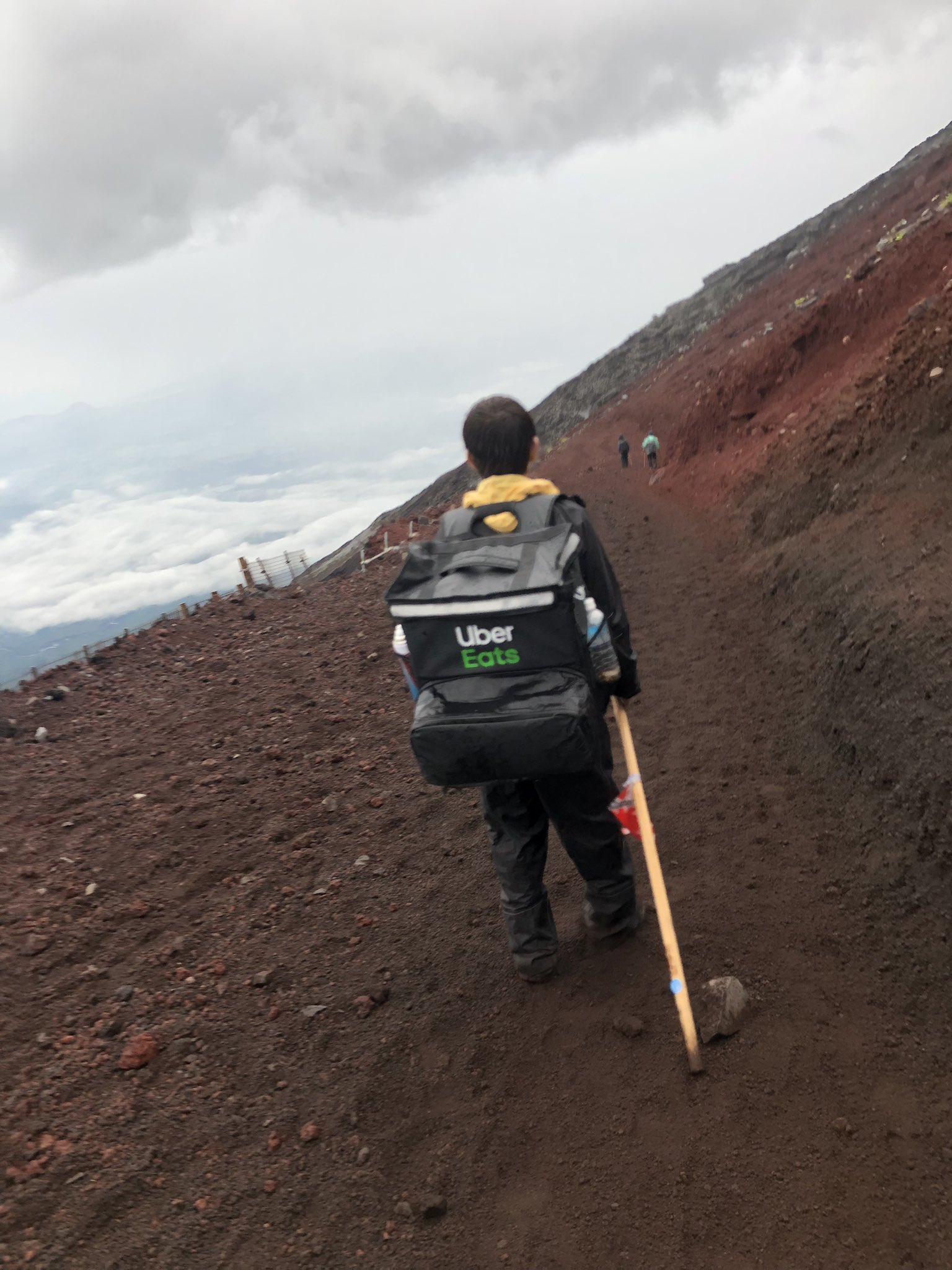 Other delivery riders, such as those from UberEats and local companies, similarly climb the mountain to deliver their products. 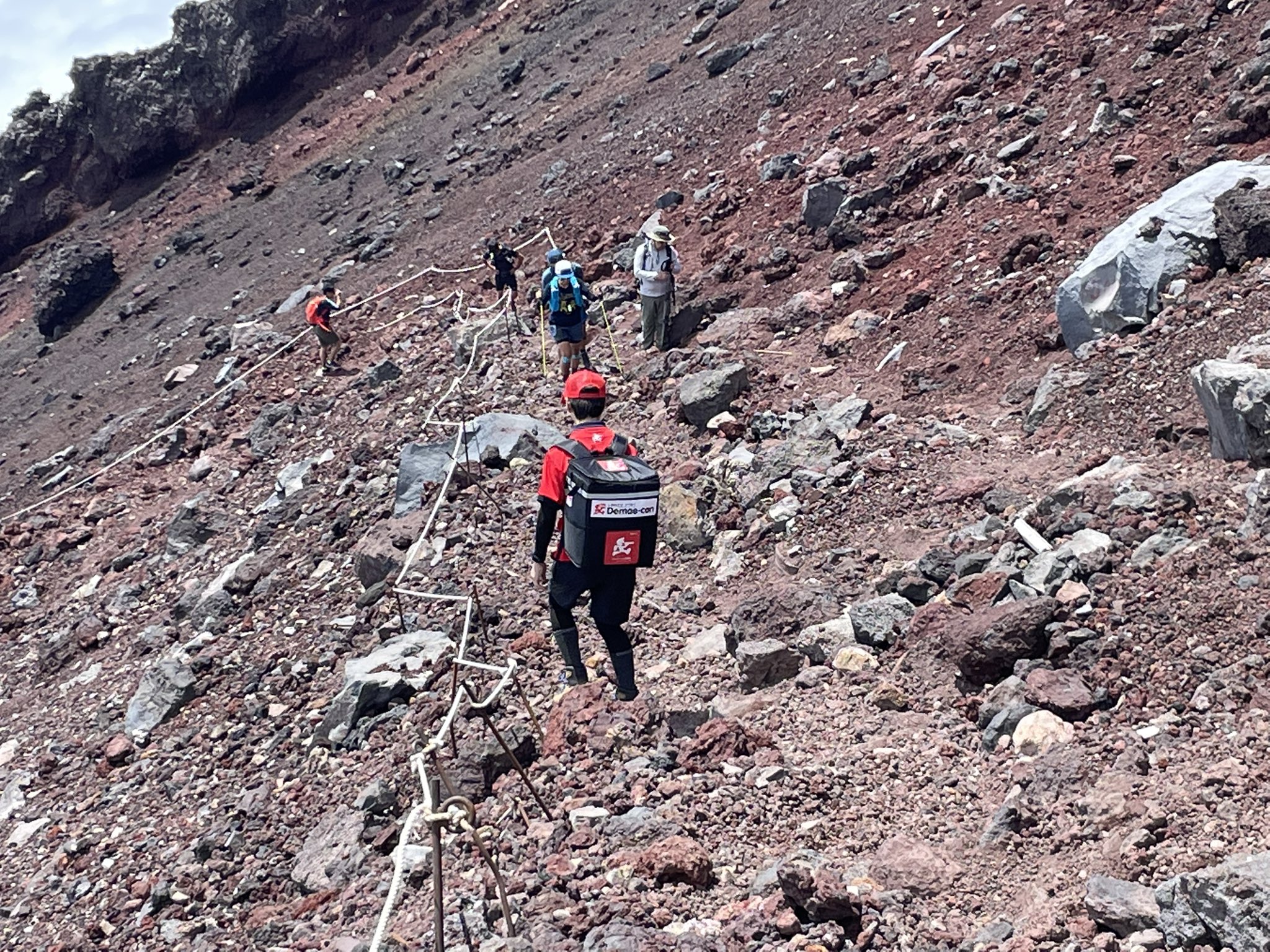 Naturally, the delivery man’s dedication has impressed a fair amount of Twitter users, all of whom expressed their awe beneath the post.

Some users, for instance, pointed out that such actions deserve a pay raise.

We agree, and sure hope he received a healthy tip for his efforts.

Yet others also made the comparison to a popular video game, ‘Death Stranding’ – in which a delivery man has to travel across a ravaged wasteland.

While we certainly hope the trek up the mountain wasn’t as treacherous as in the game, perhaps the rider himself might appreciate the comparison.

One user even had a rather remarkable suggestion, based on the picture alone.

We’ll see if any aspiring authors want to pick up on it.

Kudos to delivery riders for going the extra mile

All jokes aside, such scenes truly show how much strength and endurance our delivery riders often have to do the work they do.

This tweet serves as a reminder that it can be difficult at times. As such, do take the opportunity to thank your rider on your next order.

They may not have climbed Mount Fuji, but they still deserve every bit of our appreciation.