Don Don Donki Opens At Downtown East On 15 Apr, Easties Can Get Their Sweet Potatoes Again The closure of the Don Don Donki sweet potato ‘factory’ at Changi Airport broke many Easties’ hearts, but things are finally looking up. After much excitement over a new outlet at Downtown East, the official opening day has finally arrived. 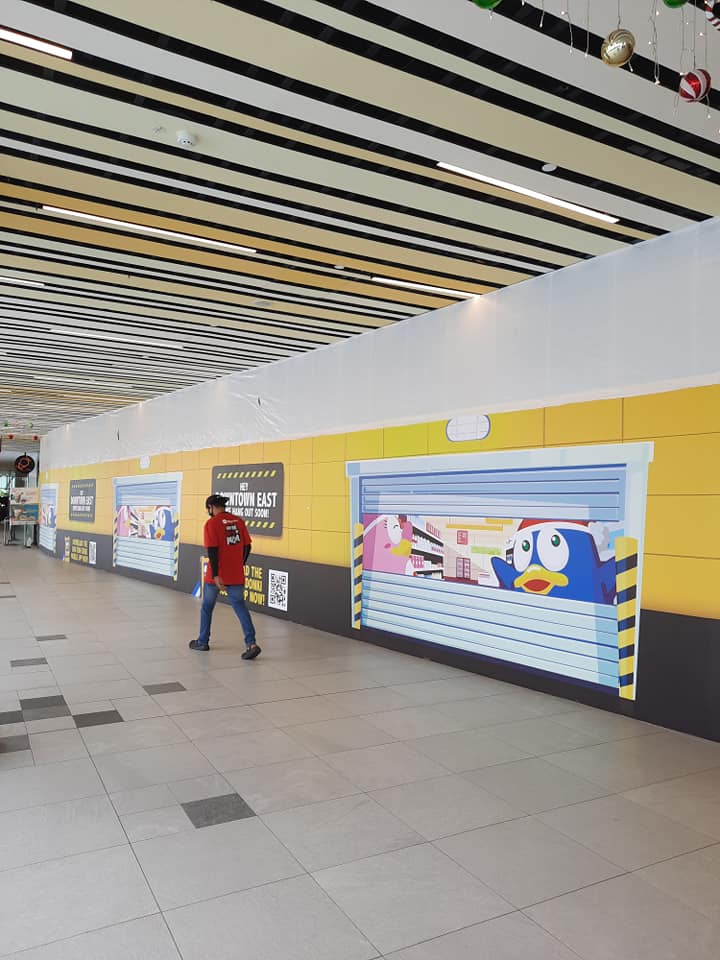 While boarded up stores are often sad indicators of closure, these signs at Downtown East tell a different story.

Telling visitors to “come hang out soon”, the Don Don Donki mascot Donpen invites everyone to keep an eye on the area. 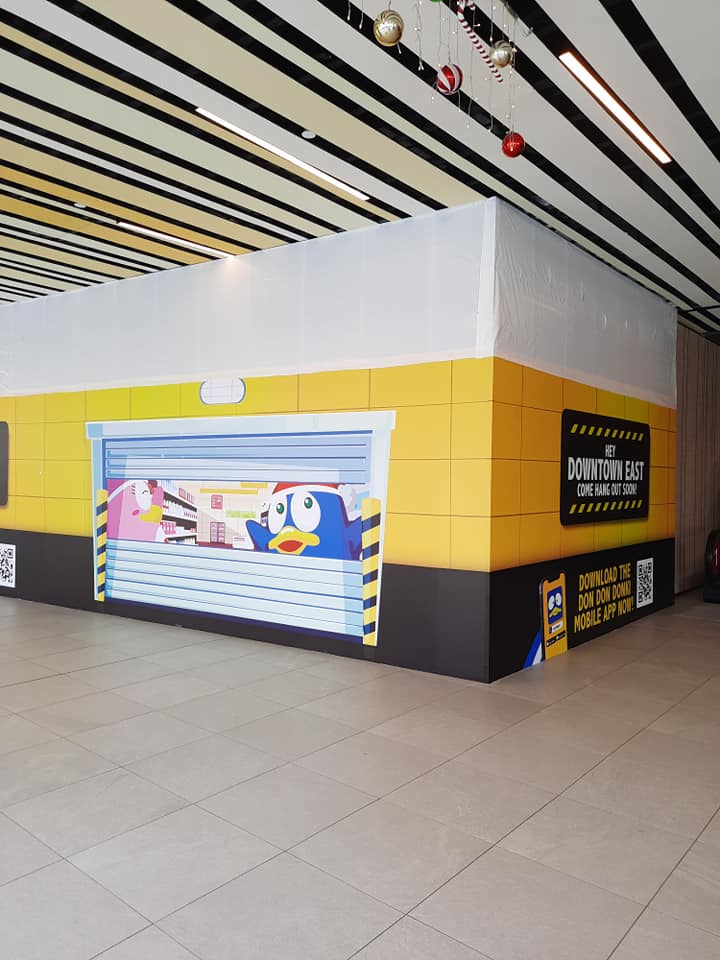 And we all know what that means — a proper Don Don Donki store is finally coming to the East.

New store next to McDonald’s

According to Facebook user Ms Eng, the new store is located where the old food court was, right next to the McDonald’s outlet.

Judging from the video, the store looks set to be a rather large one, so we’re hoping that it’ll offer Don Don Donki’s popular range of fresh produce.

Of course, not forgetting their piping hot, Japanese sweet potatoes that are to die for.

On 7 Apr, Don Don Donki announced that the the Downtown East outlet will open on 15 Apr at 10am. 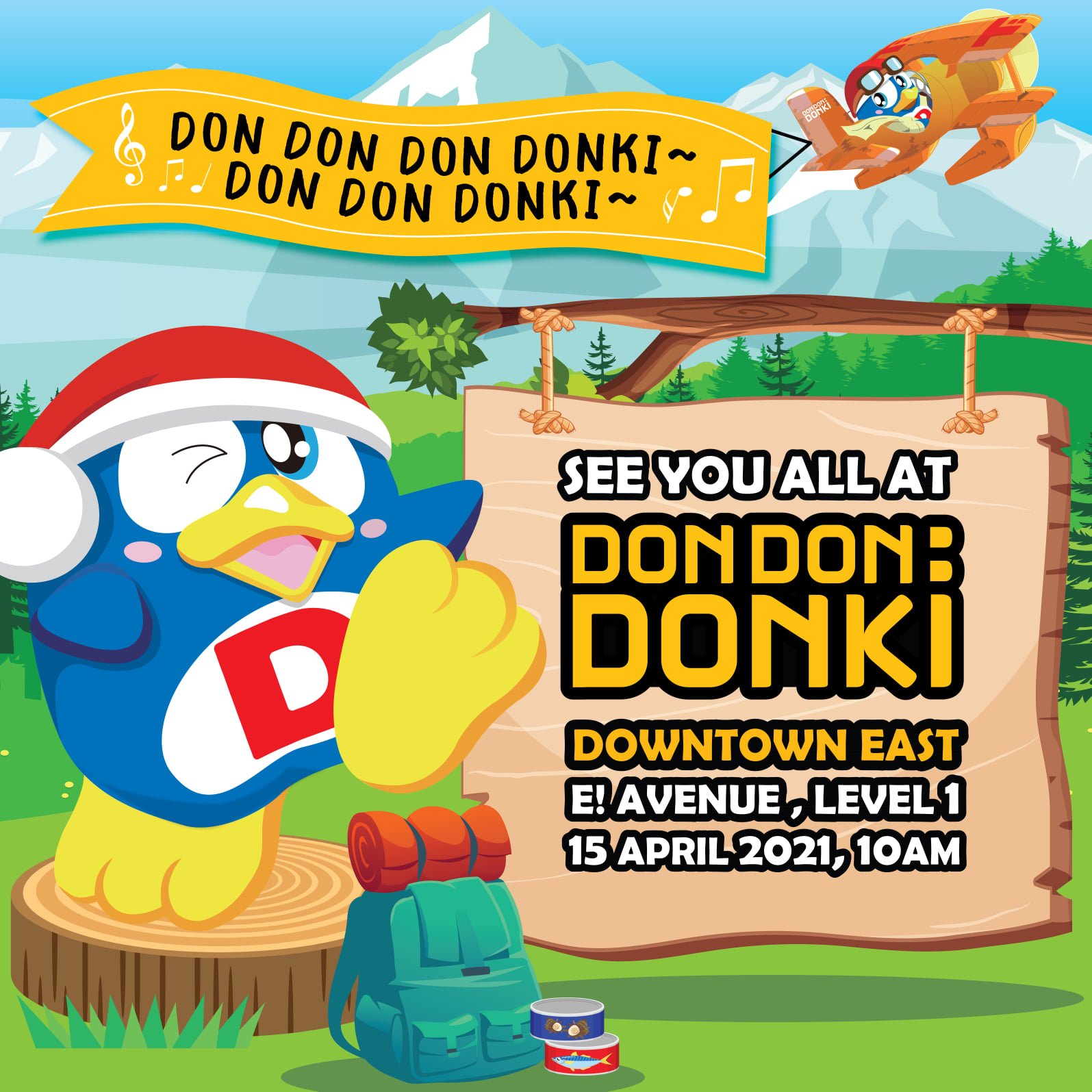 Don Don Donki members are also eligible for special promos including a free tote bag with a minimum spending of $50 with a UOB card. 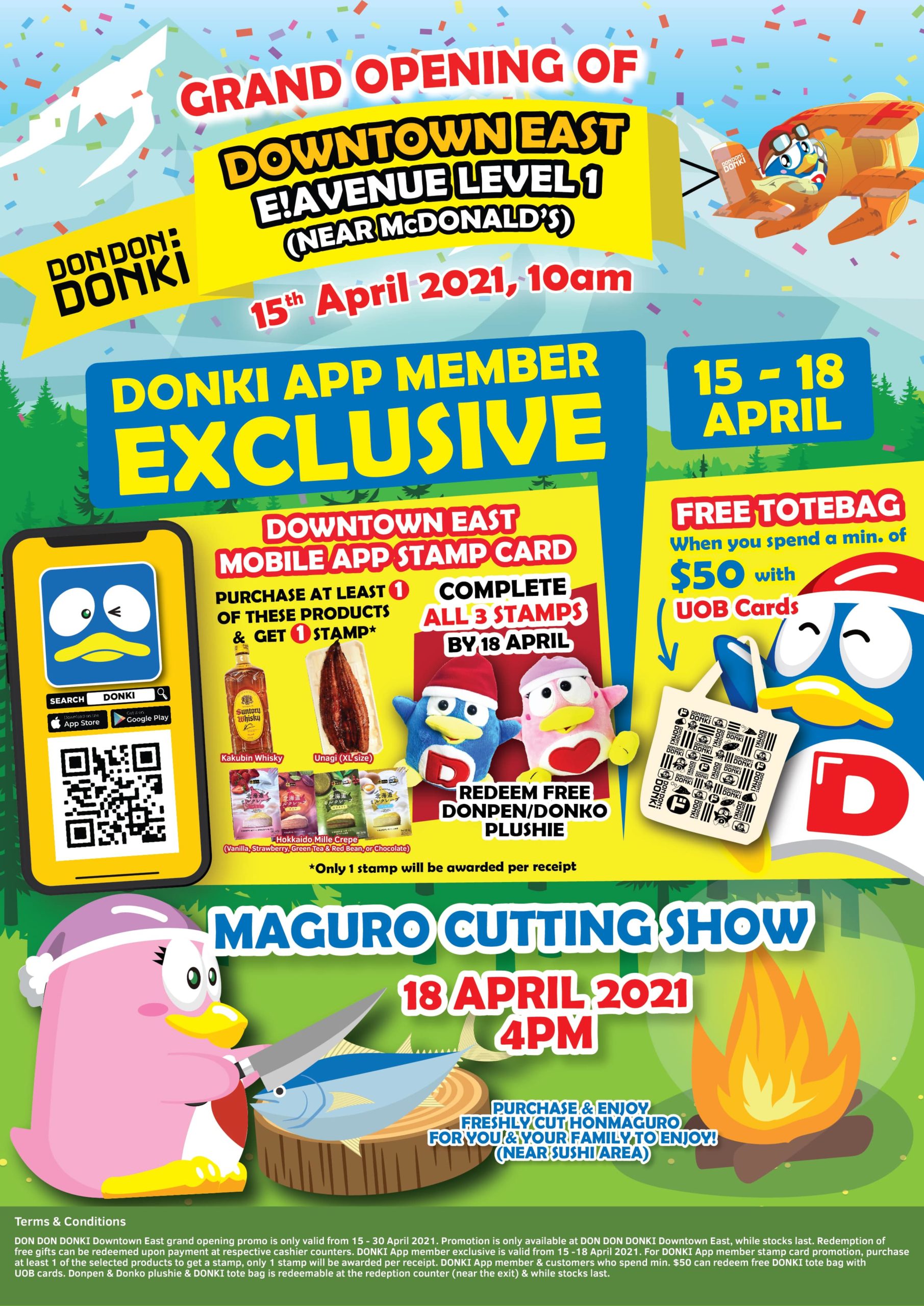 Don Don Donki shared some sneak previews of their Downtown East store on 14 Apr, leading up to the big opening day. 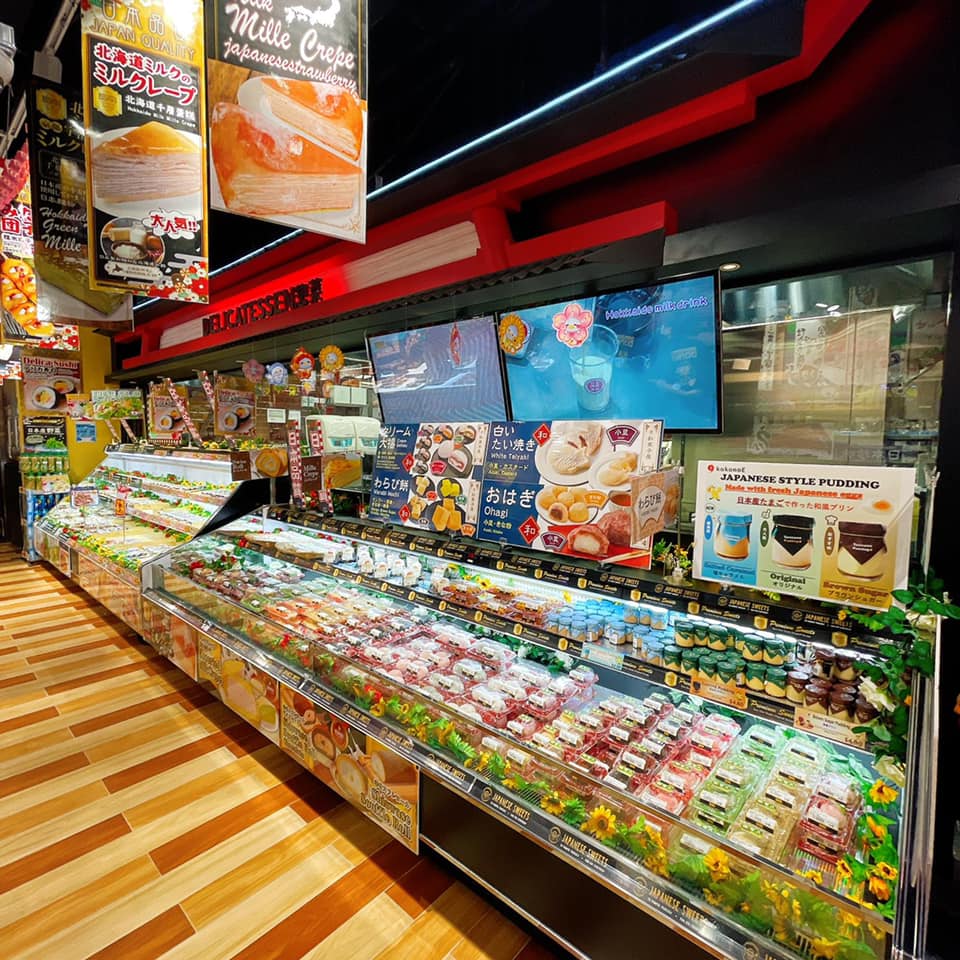 Like most of their outlets, this one has an array of fresh produce from Japan, as well as ready-to-eat meals that’ll remind you of holidays there.

With this being the Japanese brand’s first outlet in the East, Easties can finally rejoice.

No need to travel all the way to town or any other location to get their favourite Japanese products anymore.

The Changi Airport outlet closure isn’t such a sad thing anymore when there’s a new and likely bigger store to look forward to.