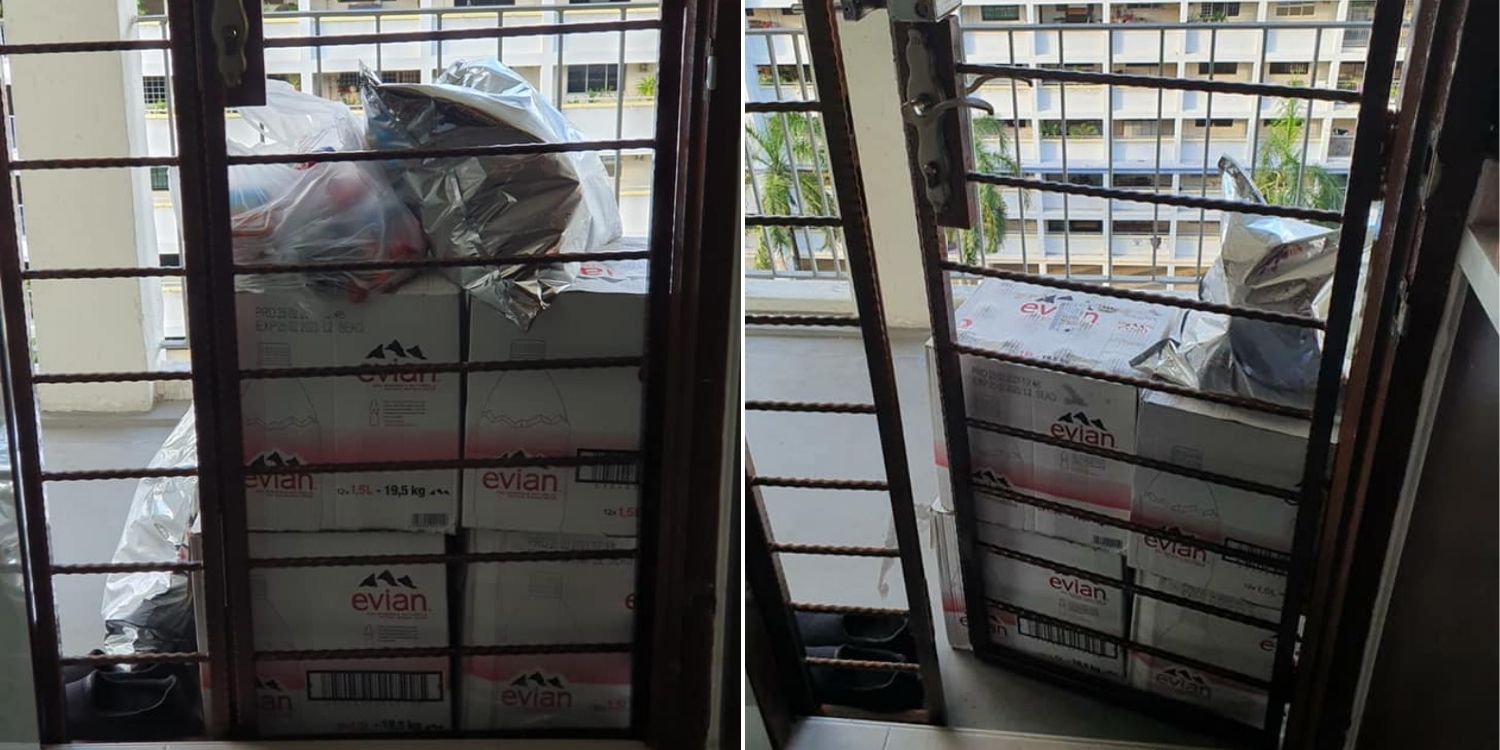 These days, many of us find it more convenient to use delivery platforms to get everything from food to household essentials.

But one Singapore resident struggled after her groceries were delivered right at her doorstep, quite literally. The stacked boxes made it difficult for her to open her gate.

After sharing her post on Facebook group COMPLAINT SINGAPORE, netizens humorously shared that this was a common problem.

While getting things delivered brings great convenience, it could apparently come with its own unique set of challenges.

On Tuesday (15 Jun), a Singapore resident shared that a deliveryman left her RedMart purchases stacked outside her gate. 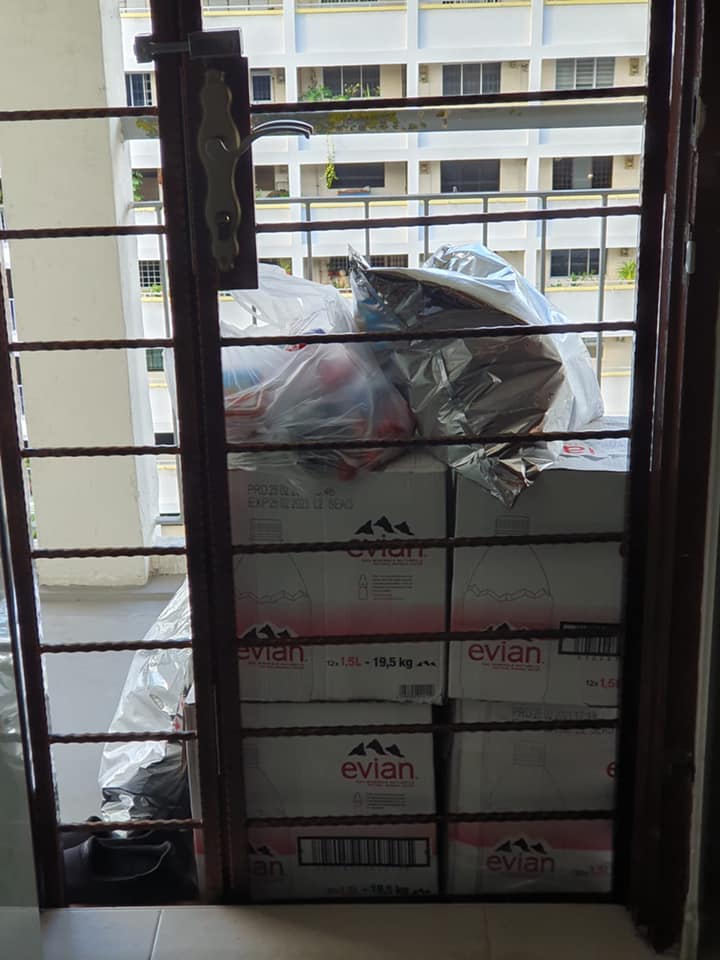 The delivery appeared to consist of 4 cartons of bottled water and several other bags of items.

Though probably relieved that her items had arrived, it soon dawned on the customer that she would have a real problem opening the gate to collect them.

In her Facebook post, she included another picture of her gate slightly ajar as she tried to push it open. Considering how heavy those cartons of water must have been, she likely had to use quite a bit of force.

Many found the resident’s predicament hilariously relatable and some even chimed in with their own stories.

This netizen shared a video of her neighbour collecting his food delivery without opening the gate.

He later realised it was probably wise to open the gate first and struggled with squeezing his food through the gate. 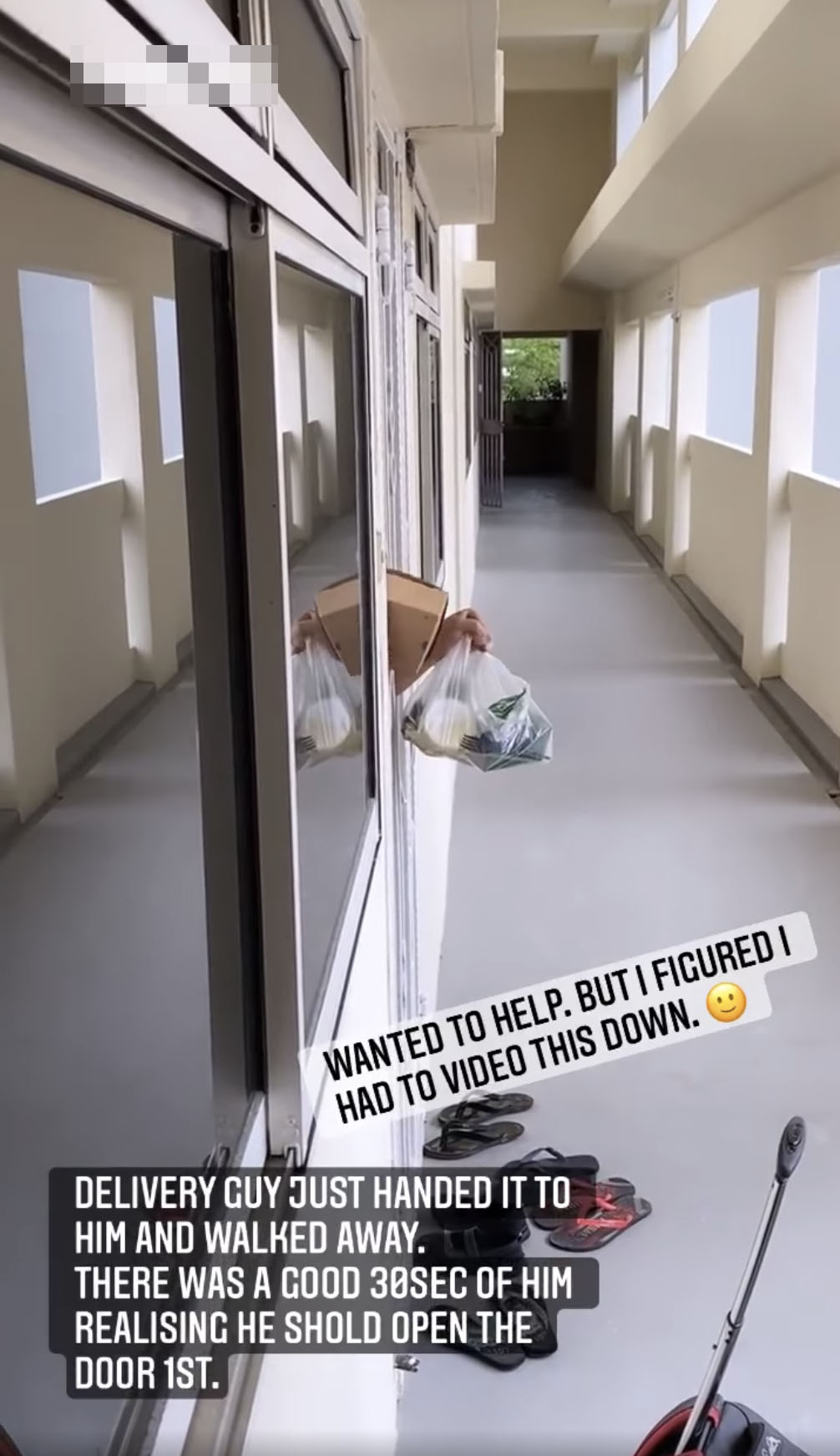 Another netizen said that this is a common problem people face when receiving deliveries.

He pointed out that this could be because deliverymen usually need to take photos of the items they’ve sent along with the unit number.

Some even joked that this was the deliveryman telling the resident to stay home and not to head out.

MS News has reached out to Lazada for comment on the matter and will update the article accordingly.

Being a deliveryman is exhausting work.

Perhaps we could all understand the slight oversight after long hours of work.

Plus, with all the convenience that our delivery heroes offer us, this is possibly just a minor issue we can try to work around.