For several hours on Nomination Day (30 Jun) and the day after, the Internet was abuzz with various takes on the candidates for GE2020.

But the one joke that ruled over all the others was one about our Deputy Prime Minister (DPM) Heng Swee Keat himself. 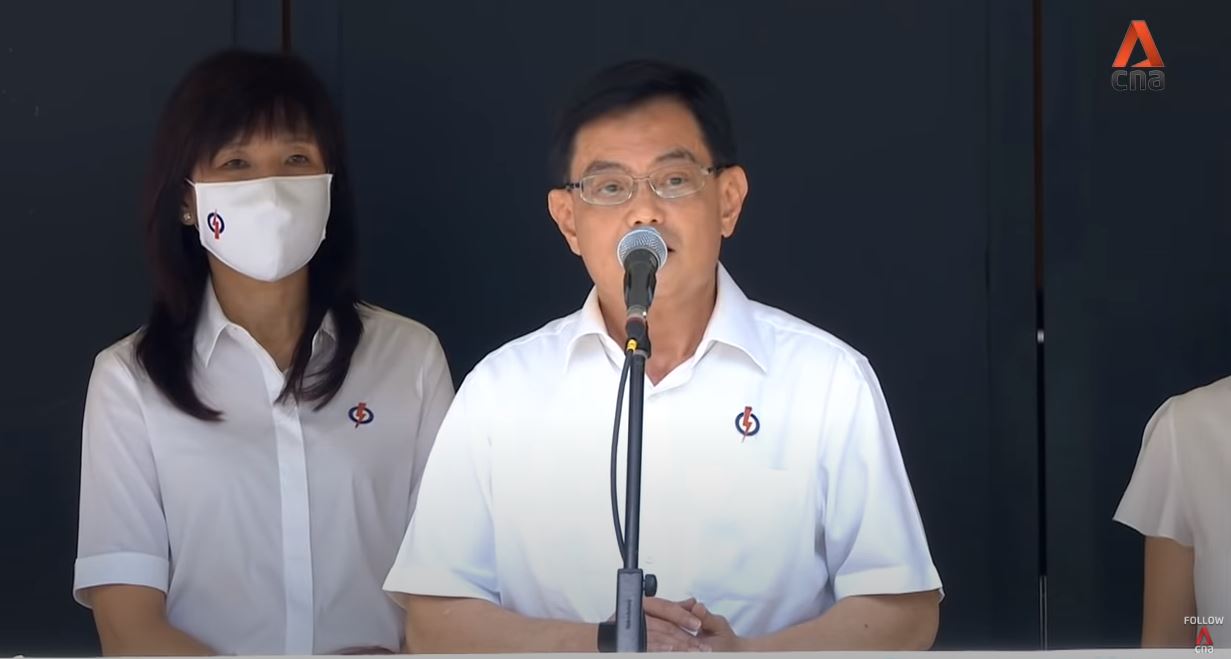 A glaring blip while delivering his speech to residents of East Coast GRC spawned memes and laughter galore — but one netizen has had enough.

Asks why people are still joking about DPM Heng

Reacting to the jokes that didn’t seem to show signs of slowing down, Facebook user Ms Lim crafted a lengthy post on Thursday (2 Jul). 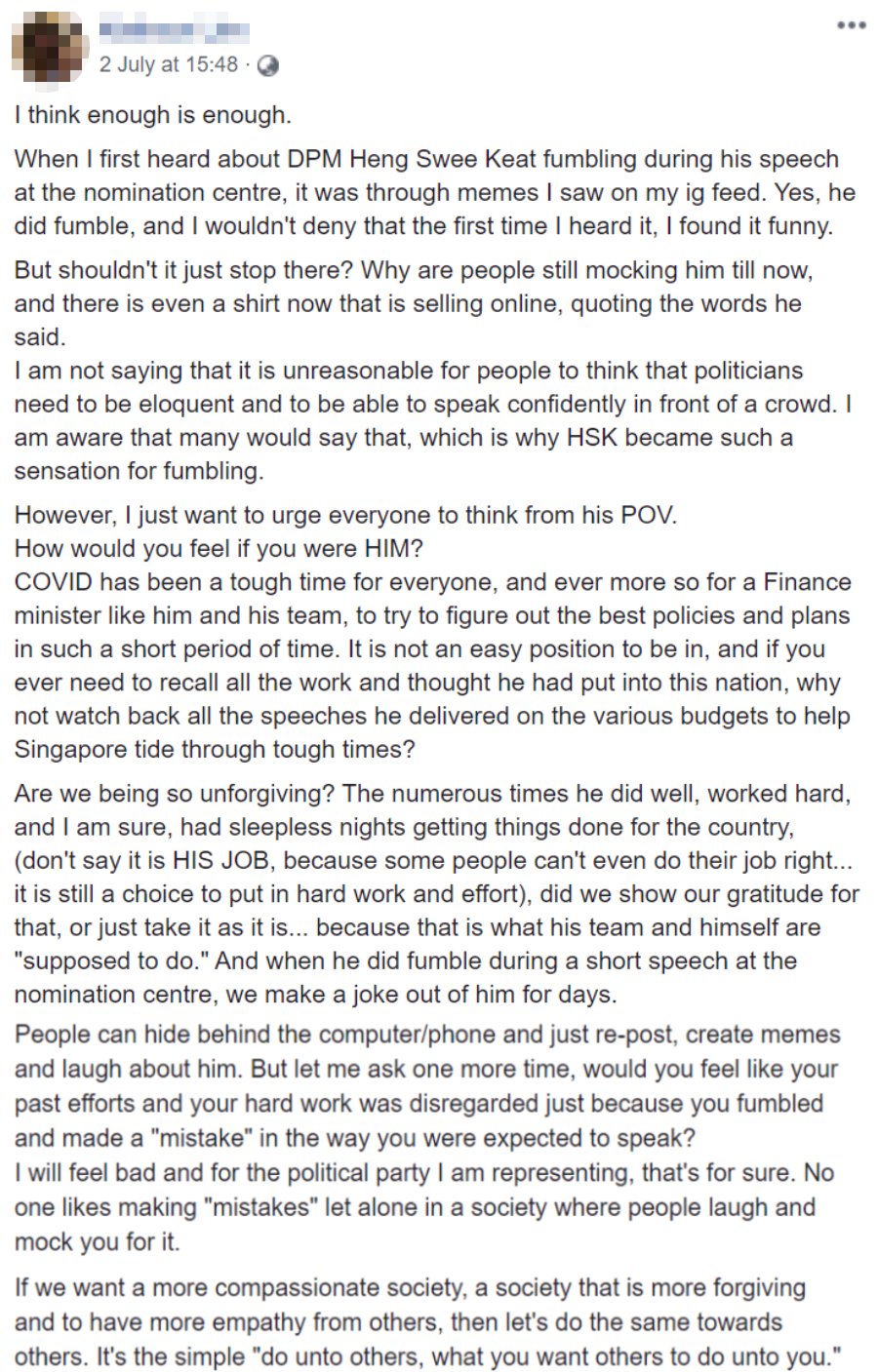 She admits that her first reaction was to laugh too, but she doesn’t understand why the joke lasted longer than the moment did.

There are allegedly even t-shirts with his famed words printed on them.

Imploring Singaporeans to stop and try to put themselves in DPM Heng’s shoes, Ms Lim appeals to our innate kindness.

Being in his position not easy, especially amidst a pandemic

Acknowledging that being a politician comes with the expectation of speaking eloquently and confidently, Ms Lim recognises why DPM Heng’s fumble became an instant sensation.

However, the single misstep shouldn’t outshine his other moments in the public eye. As the Finance Minister, the various economic issues arising from the ongoing Covid-19 pandemic have thrust him into the spotlight more times than usual.

With the weight of an entire nation on his shoulders, DPM Heng has had to deliver multiple speeches about budget plans, drawing unprecedented billions from Singapore’s reserves. 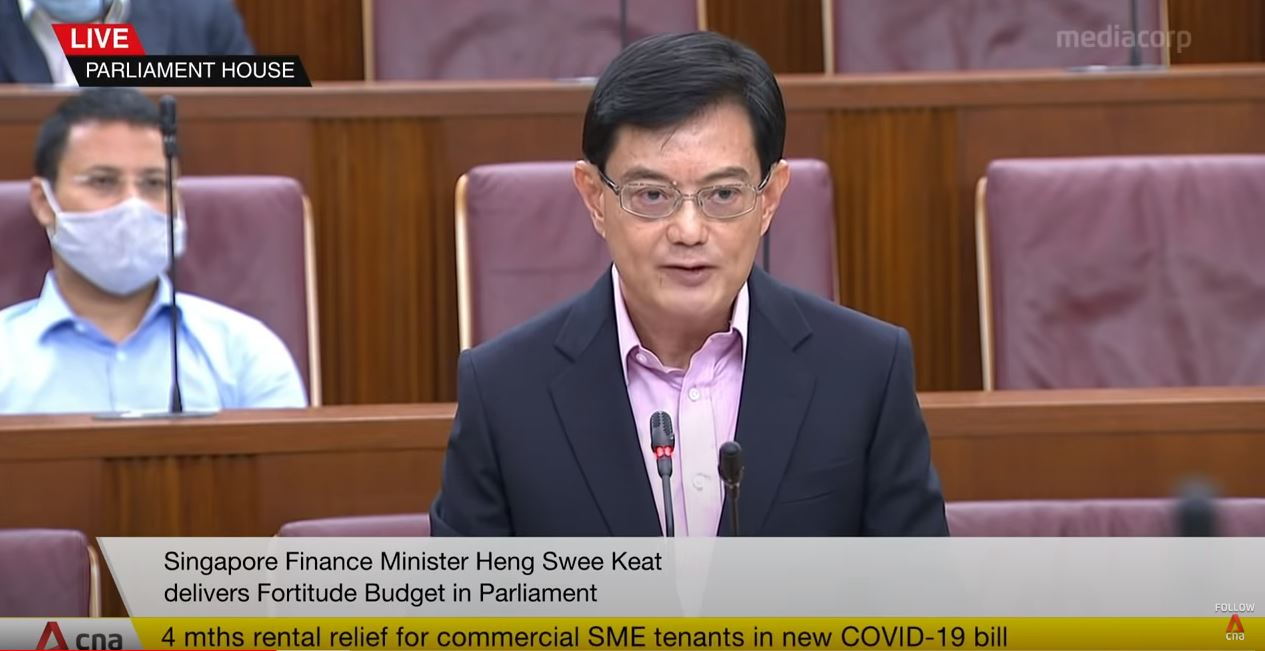 Coming up with such risky decisions in a short period of time is no walk in the park, and Ms Lim encourages us to see that.

Beyond mere observation, she asks Singaporeans if we have shown gratitude for his work, as he tries his best to protect our livelihoods. It may indeed be his job, but not everyone would put in the same amount of effort and commitment.

Try to be more compassionate towards others

Turning the question around to the public instead, Ms Lim then asks how we’d feel if the same were to happen to us:

But let me ask one more time, would you feel like your past efforts and your hard work was disregarded just because you fumbled and made a “mistake” in the way you were expected to speak?

We may not have intended to belittle his work in any way, but when all people seem to associate him with is his one moment of folly, everything else inevitably fades into the background. That wouldn’t be the best feeling, would it? 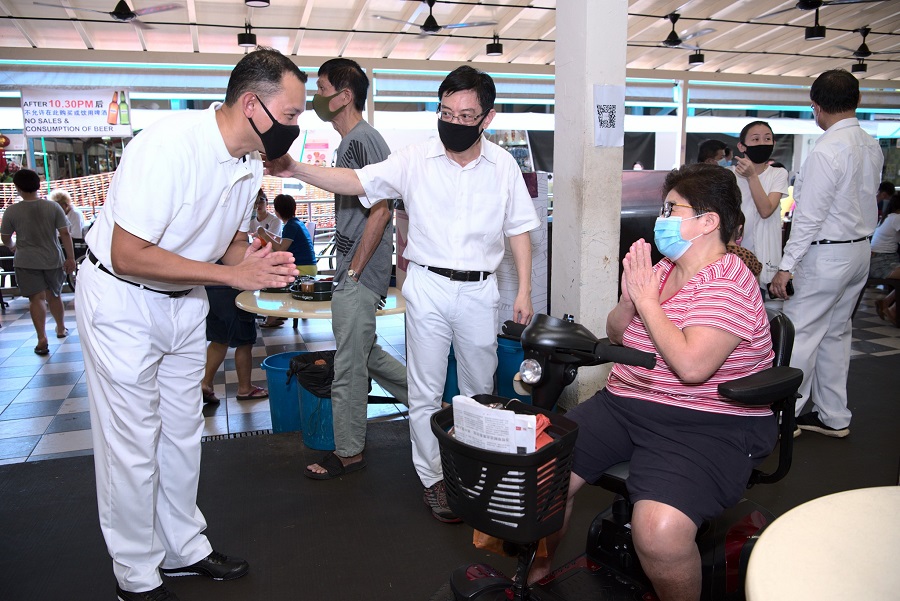 Hence, Ms Lim appeals to Singaporeans to be “more forgiving” and “have more empathy” towards others, to foster “a more compassionate society”.

Okay to laugh, but don’t carry it too far

We can’t fight the natural reflex to laugh upon witnessing a funny moment, and that’s through no fault of our own.

However, we can choose to be kind by not letting the joke get out of hand, and perpetuating it to detrimental consequences.

Just like the rest of us, politicians are humans too, so let’s forgive them for their minor errors, and hope it won’t happen again in the future.