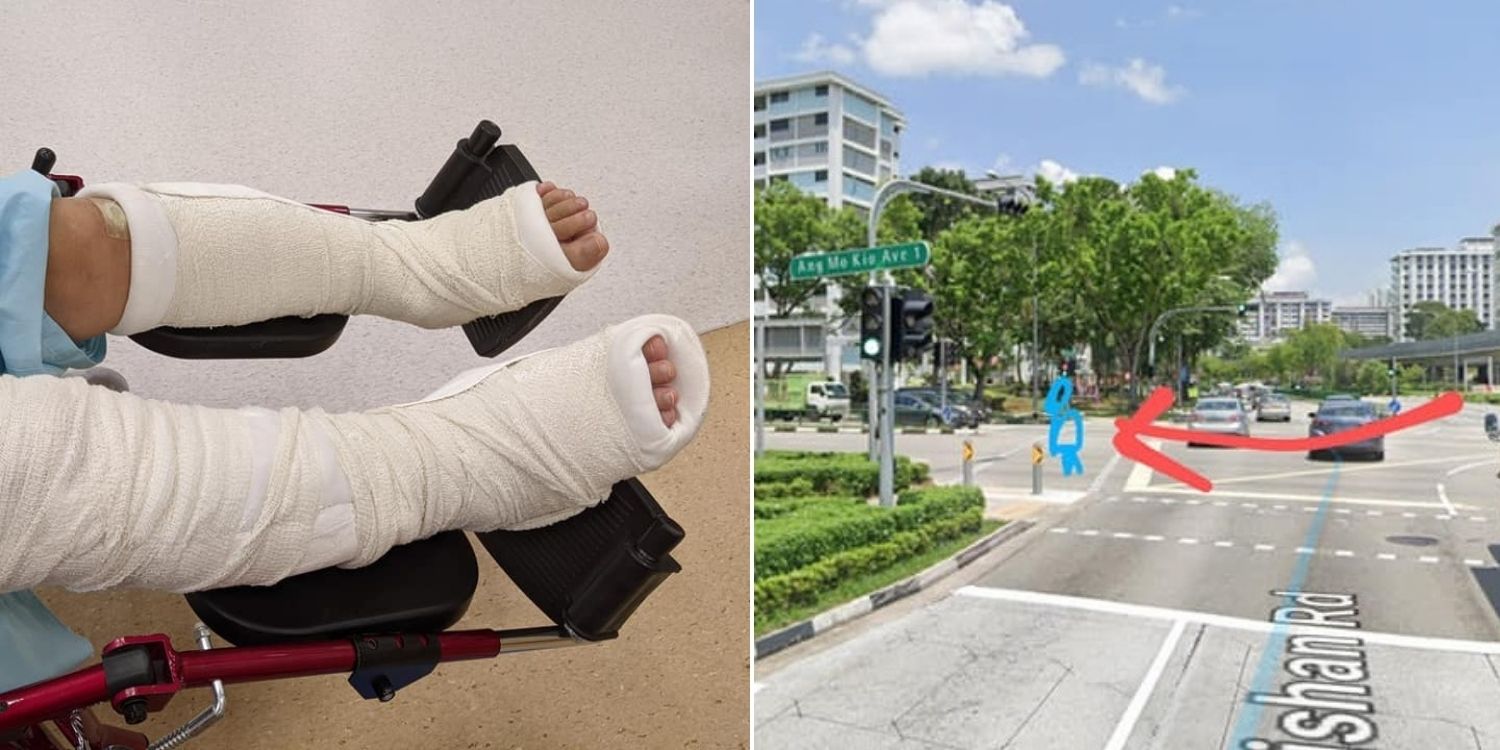 Nobody came to help the elderly woman, her daughter said.

When you’re out and about, do be careful when crossing the road.

While even young people can be seriously injured when they’re hit by vehicles, the damage is worse when its an elderly person.

A netizen is appealing for witnesses or dashcam footage after she said her elderly mother was hit by a car while crossing the road in Ang Mo Kio.

To make matters worse, she claimed the driver of the car drove off without checking whether her mother was okay. 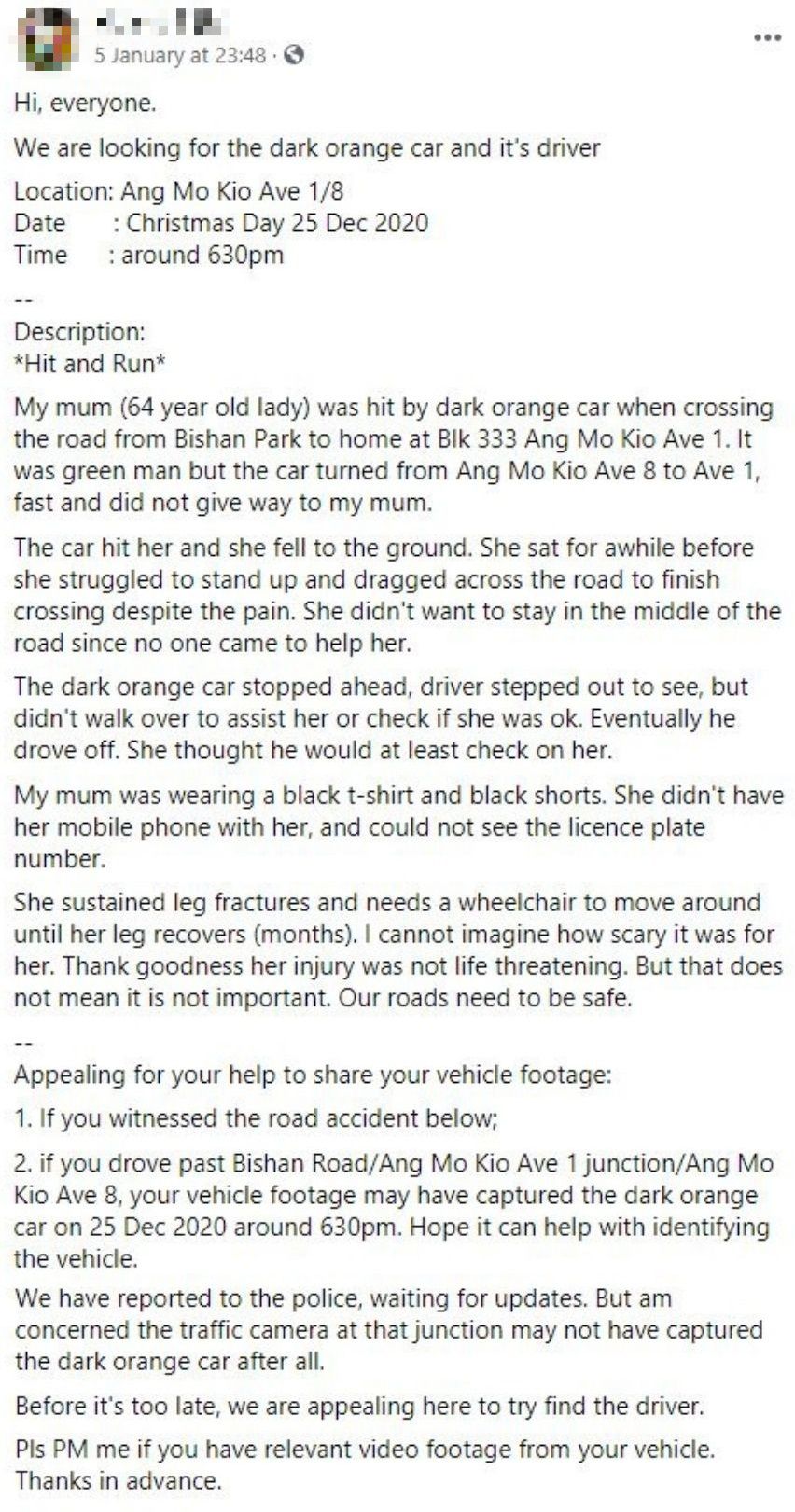 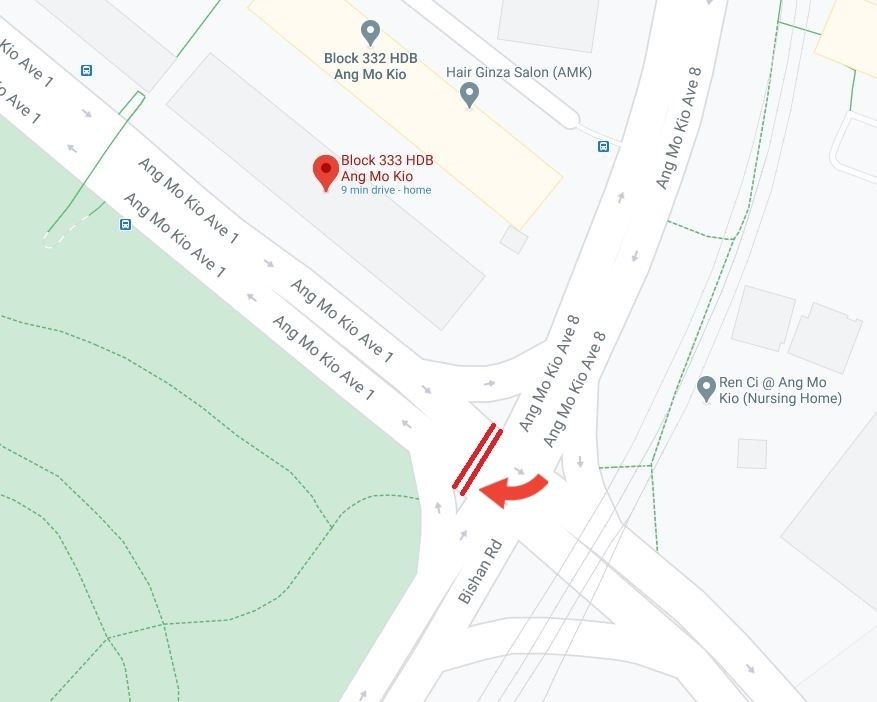 Her mother crossed when the green man as on. The car was “fast”, she added.

Driver allegedly drove off without walking over to check

After being hit, Ms Huang’s mother fell to the ground, sitting there for awhile, she said.

The car that allegedly hit her stopped, and the driver “stepped out to see”.

However, she claimed that the driver didn’t walk over to offer help or check whether the old woman was okay.

Instead, he allegedly drove off.

According to Ms Huang, her mother thought the driver would at least check on her.

Since nobody came over to help, she struggled through her pain to stand up and finish crossing the road.

As she didn’t have a phone with her, she couldn’t call for help.

Ms Huang said her mother was eventually found to have leg fractures, and will take months to recover. She now needs a wheelchair to move around.

While Ms Huang has reported the accident to the police, she’s concerned that traffic cameras may not have caught it, especially the licence plate number of the car.

Thus, she’s now appealing for witnesses who saw the accident to come forward before it’s too late.

Drivers of other vehicles who were around the area during that time may also have captured the dark orange car with their dashcams.

Even if they may not have filmed the accident, they could have an image of the car and its licence plate number to help identify the driver.

As the senses of elderly people start to wear off, they can’t react as quickly to potential dangers. Thus, drivers should always keep a lookout for vulnerable pedestrians by refraining from speeding.

If this accident was indeed a hit and run, the actions of the driver in allegedly leaving the scene without helping the elderly woman are deplorable indeed.

MS News wishes Ms Huang’s mother a speedy recovery, and for the family to get to the bottom of this incident soon.