We often give up our seats for the elderly when riding the MRT. But should this courtesy extend to every person that’s older than us?

A Redditor’s account of her encounter with an apparently “entitled” middle-aged auntie gives us much to think about.

On Friday (3 Oct), Redditor u/xspongebobz shared her rant about a middle-aged “entitled auntie” asking her for a seat, while throwing a snide remark that young people should stand and give up their seats in MRTs.

The auntie wanted the Redditor to give up her seat even though the latter was running late for work and needed a seat to apply makeup.

At that moment, another kind lady gave up her seat for the auntie. But the drama was far from over.

The auntie loudly insisted that young people should stand on the train and that triggered the MRT passenger, who’s in her early 20s, to clap back. The thread has more than 1,200 upvotes.

Here’s how it all happened.

The Redditor’s daily commute starts from the east towards the north, which takes an average of 1.5 hours. Since her commute took some time, she would complete her makeup routine on the train.

Not all of our days are smooth sailing and one day she was running late for work. She opted to complete her makeup but the only seat available was the contentious ‘reserved seat’. 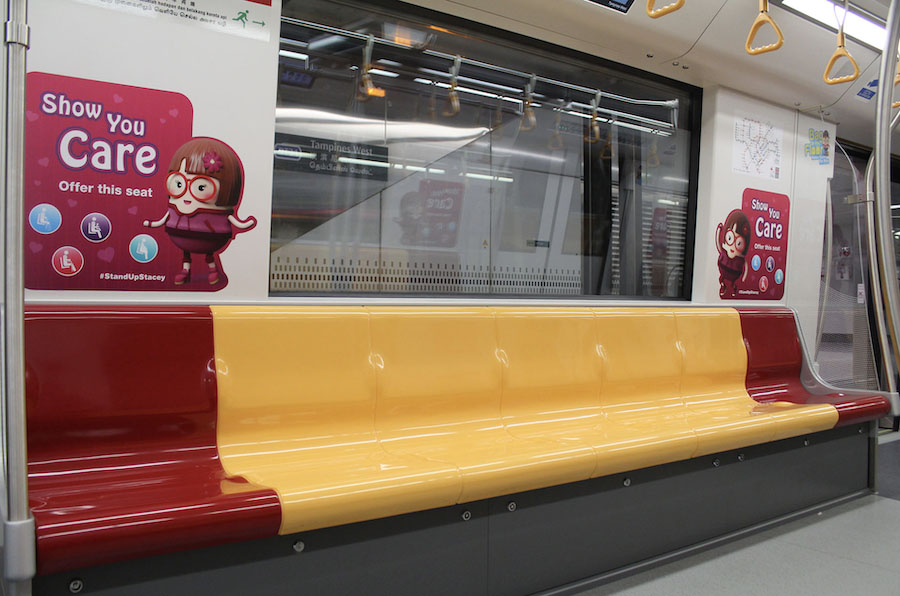 The Redditor believed that self-respecting millennials would suffer imaginary panic attacks at the thought of being filmed and going viral.

Sadly, she couldn’t appear to work looking like “a zombie from The Walking Dead” so she sat down anyway.

As she was applying her makeup, her nemesis – as she puts it – rushed into the train and anxiously looked for a seat.

The Redditor believed the auntie was in her late 50s and donned a pixie-cut hairstyle dyed in a reddish and orange colour. She dragged a wet-market canvas trolley bag with a bunch of onions poking out from the package.

The MRT passenger shared that her detailed observation of the auntie was the former’s downfall.

While the train was not packed, there were no available seats. There were locals in their late 20s to 30s in the reserved seats but she seemed to be the youngest.

The auntie immediately dashed to the Redditor and said,

Can you give up your seat to me?

The Redditor was at a loss for words and contemplated finishing her makeup whilst standing.

This auntie high level one, know how to ask for a seat type.

Despite her reluctance, she started to put her makeup away. Her dilemma seemed obvious so the kind lady beside her gave up her seat.

You’d think that the drama would end once the auntie snagged a seat.

Unfortunately, the auntie observed that the lady who gave up her seat was older than the Redditor and declared,

The MRT passenger was instantly triggered by the comment.

The MRT passenger typically ignores annoying remarks because she was too lazy to make a scene.

However, that day seemed to be an exception because of the pent up angst running in her head.

She turned, looked into the auntie’s eyes, and said,

Why must young people stand?

Like any millennial that dares to answer back, the Redditor observed a glint in the auntie’s eyes that implied a challenge. She instantly perceived that the auntie wanted to educate the “disrespectful millennial”. 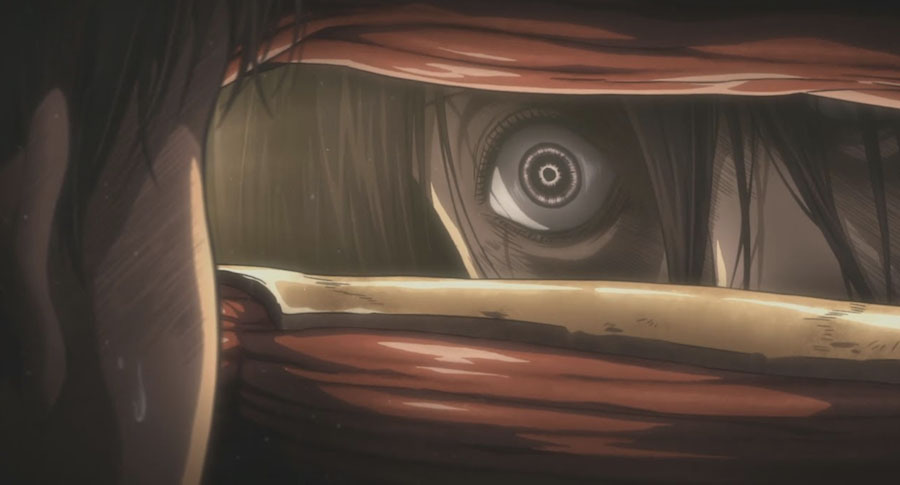 The auntie’s eyes darted around and she loudly lectured,

You don’t know this seat is for old people? Only old people, injured people, and people who have small baby can sit!

The defeated millennial struggled to make a decent comeback as the auntie poked the reserved seat sticker.

Suddenly, an idea formed in her head when she remembered the thought of pregnant women.

The MRT passenger looked at the auntie’s eye and said,

THEN HOW DO YOU KNOW THAT I’M NOT PREGNANT?

The auntie opened her mouth to argue, stared at her incredulously, but closed her mouth and looked away.

The MRT passenger admitted in her published account of the incident on Reddit, that she was far from pregnant.

In her defense, she was getting ready to pack up and leave her seat but changed her mind after the auntie’s “entitled” snide remark.

She remembered that many of her friends shared stories about not feeling well while riding the train. They gave up their seats because they did not want to look bad and felt scared.

The Redditor argues that even young people could have recently experienced surgery, pregnancy, fever or dizziness.

Whenever they chose to stand up for themselves, they were immediately judged unfairly or negatively.

Going back to the story, the auntie stared at her in anger, repeatedly made eye contact then looked away whenever she noticed.

The Redditor continued to apply makeup, ignored the drama but the auntie’s constant stares grated on her nerves.

Once she left the train, she saw the auntie staring at her stomach to see if she was pregnant.

Be respectful to every commuter

At the end of her story, the Redditor admits that she didn’t deserve the seat though she wanted to “teach the auntie a lesson”.

To justify her character, she admits that she usually gives up seats to the elderly, pregnant and injured. 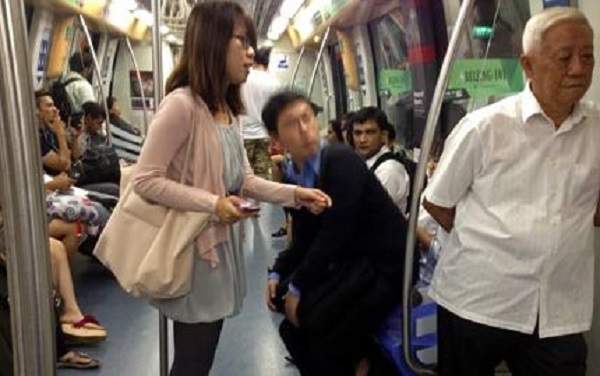 When young people gave up their seats, she argued that older people should bite back their discerning comments that only prove their “entitlement”.

She thinks that young passengers make gestures of goodwill but they don’t owe other passengers anything.

Regardless of age, we should always be polite when asking for seats in the MRT.

It’s common courtesy to give up reserved seats for those who need it the most but always be respectful.

What do you think of the MRT passenger’s drama with the middle-aged auntie? Share your thoughts in the comments.

Disclosure: Although the Redditor’s post is parked under the “Satire/Parody” label in the forum, she has confirmed with MS News that the incident did actually occur. 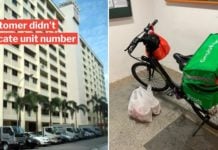