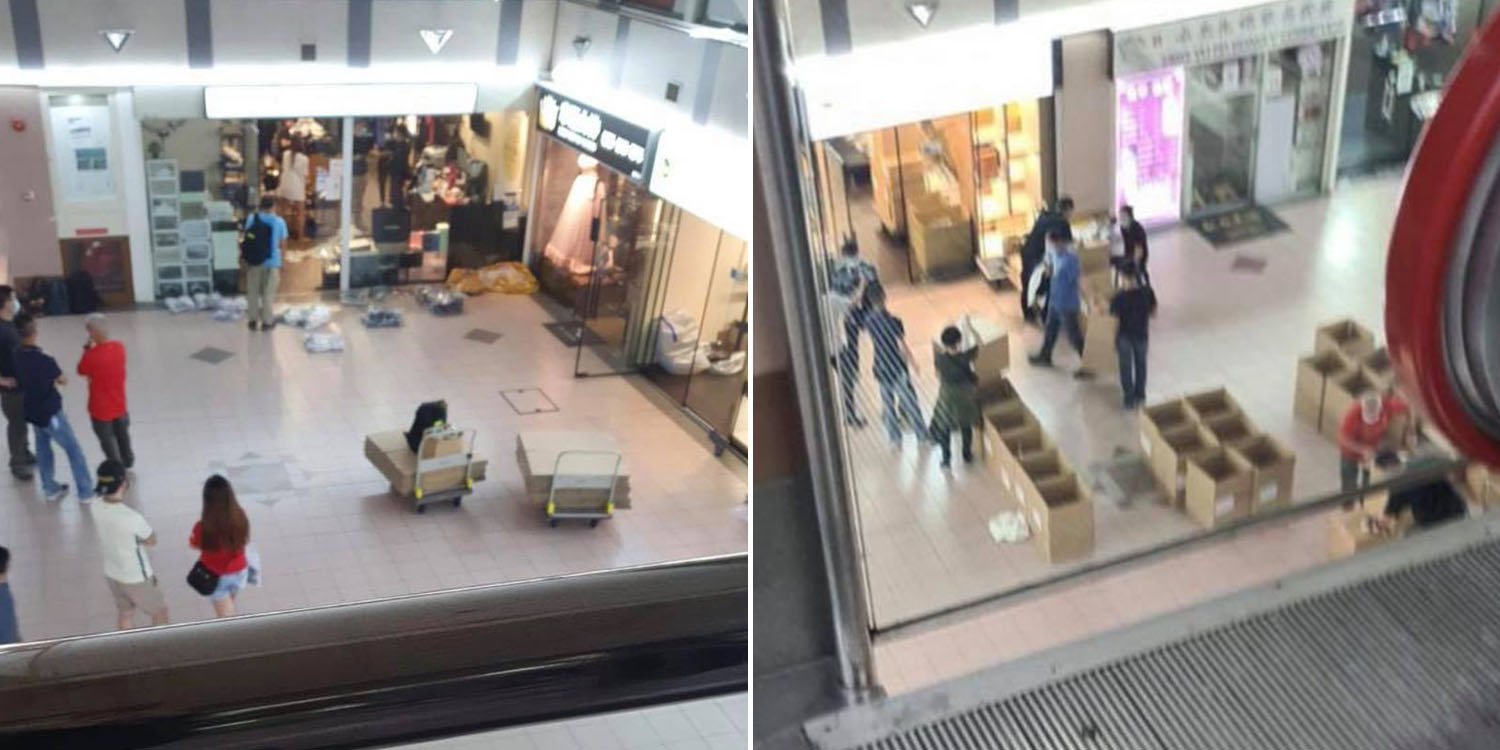 UPDATE (27 Oct, 2.15pm): The Intellectual Property Office of Singapore (IPOS) clarified that they don’t conduct any enforcement actions. Channel NewsAsia (CNA) also reported the arrest of 3 men for the sale of counterfeit goods online, following raids at Jalan Sultan, Woodlands Circle, and Bedok Reservoir Road. More details on both are available below.

Since luxury products are usually expensive, people might try to source for places that sell them at a lower price.

However, it is important to always keep a lookout for counterfeit luxury items to ensure we do not get scammed.

A shop at Textile Centre was recently raided after allegedly selling fake luxury goods. Pictures of the incident were posted on Facebook by SG Kangtao Kaypoh.

Plainclothes officers could be seen around the area. 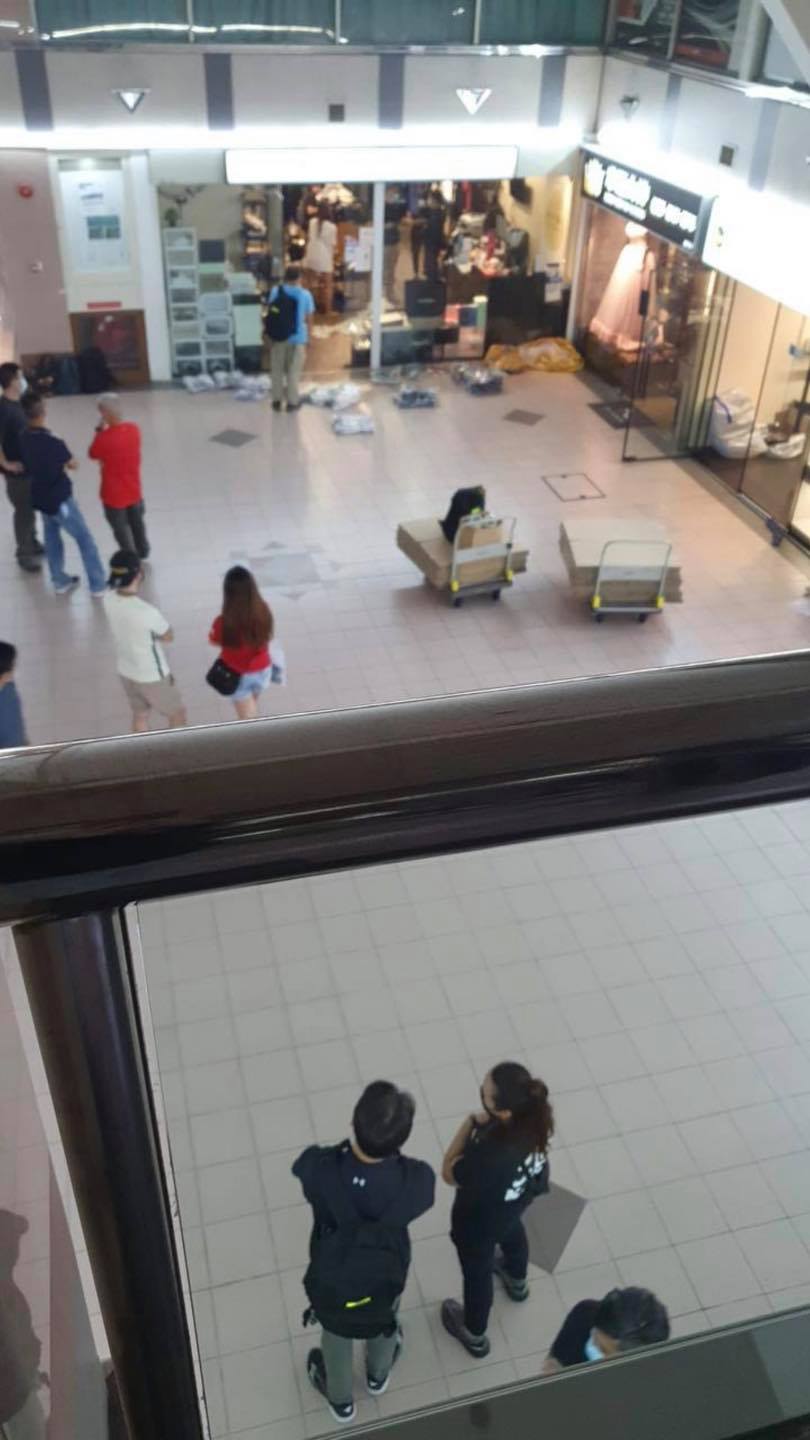 Witnesses of the incident also saw more than 10 boxes of goods seized by the officers. There was also a number of people standing around. However, it is unsure whether they were merely onlookers or were victims of the scam. 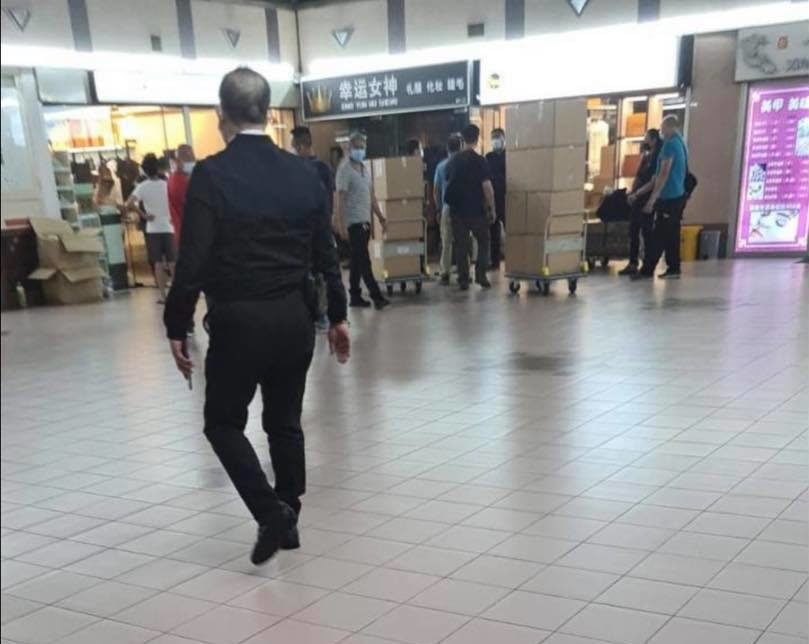 Those who have fallen victims to the alleged scams have since created several Telegram groups to air their grievances.

One mentioned he had spent around $20,000 after buying “luxury goods” from the shop. Most were demanding to get a refund for the fake goods they had purchased. 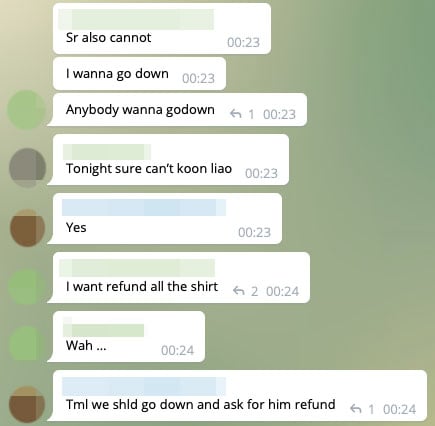 Several also pointed out that they have identified several goods which are fake, including those purportedly from brands like Kenzo and Moschino. 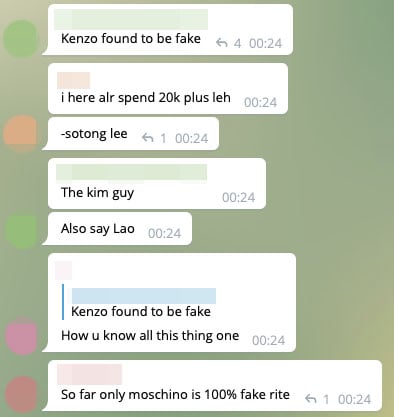 One participant of the group explained that he only found out the goods were fake after attempting to sell them through Carousell. 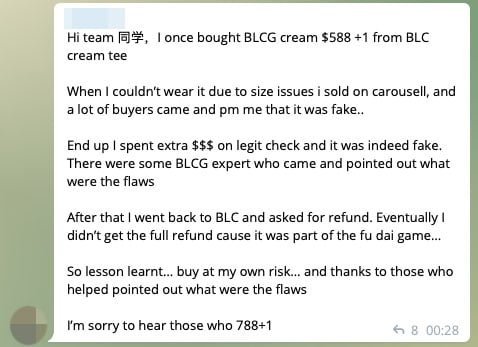 Many have since learnt their lesson – to buy goods from the licensed shop itself rather than online. 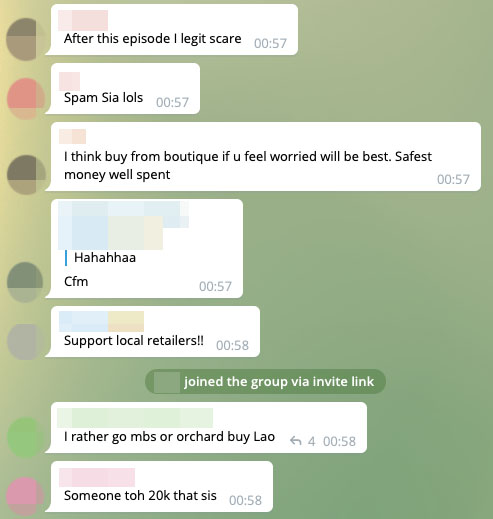 In response to queries from MS News, the IPOS explained that they neither conduct IP enforcement actions nor prosecute IP infringement cases.

Either of the following parties would often handle such matters instead:

On Wednesday (27 Oct), CNA reported the arrest of 3 men aged between 30 and 45 for the alleged sale of counterfeit goods online.

Police reportedly seized the following items worth over $170,000 in total:

Keep a lookout for counterfeit goods

Since it is unsure as to whether the shop was really selling fake goods, we just have to wait for authorities to finish their investigations.

Hopefully, those who have indeed fallen victim to any scams will be able to get their refunds.

In the meantime, let this be a reminder for the public to keep a lookout for counterfeit goods. Anything sold at too low a price is usually too good to be true.